We have a special treat to all of our motard and drag racing fans out there.  We take you to the Industrial Hub in the south of Cebu, Naga City, to feature a hybrid bike that exhibits a fusion of motard handling and the power and ferocity of a drag bike.

The Hybrid is the creation of Resvic Aguilar, a bike builder based in Naga City. It was a project for his childhood friend Van Vincent Mabanag, a seaman who spends most of his time working abroad traveling foreign waters. The project took almost a year to finish and reach its state due to the difficult circumstances the two had to navigate through. The build was executed by Resvic but the design process was a collaboration of the two friends.  Thanks to the internet, they could brainstorm and check the progress of the build and the things going on with the bike despite being oceans apart. 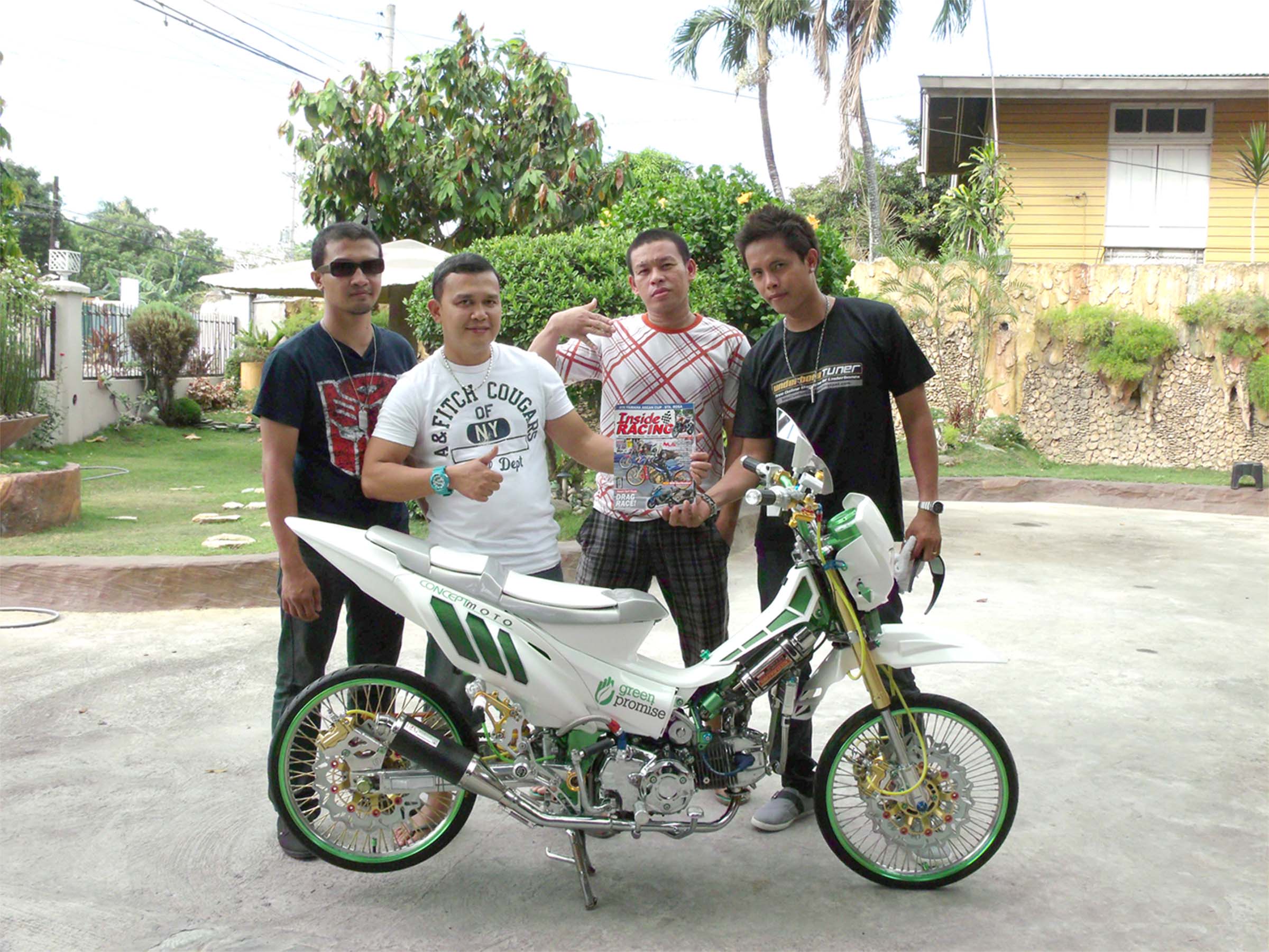 For the build, they started with the heart and soul of the bike, its engine. They tapped the expertise of Jojo Retuya of Racing Lion who specializes in drag racing engines. They used LHK forged semi dome 57mm piston with LHK stage 2 cam, the cylinder head was modified to accommodate Sonic big valves.  They also used re-jetted Keihin 24mm Carburetor together with LHK clutch plate spring, and to keep things cool, they used Kitty Racing twin head engine cooler and also additional oil cooler by Asia Product. After they were done with the engine, the bike was certainly no slouch on the highway. It was a monster waiting to be unleashed. From then on, they started working on the overall styling of the bike. They decided to adapt a minimalist approach and they wanted the bike to be a canvas to project the message on environmental awareness, hence, they came up with the Green Promise.  According to Resvic, Green represents life and white is purity. He wanted the bike to project a sense of serenity and being one with nature. 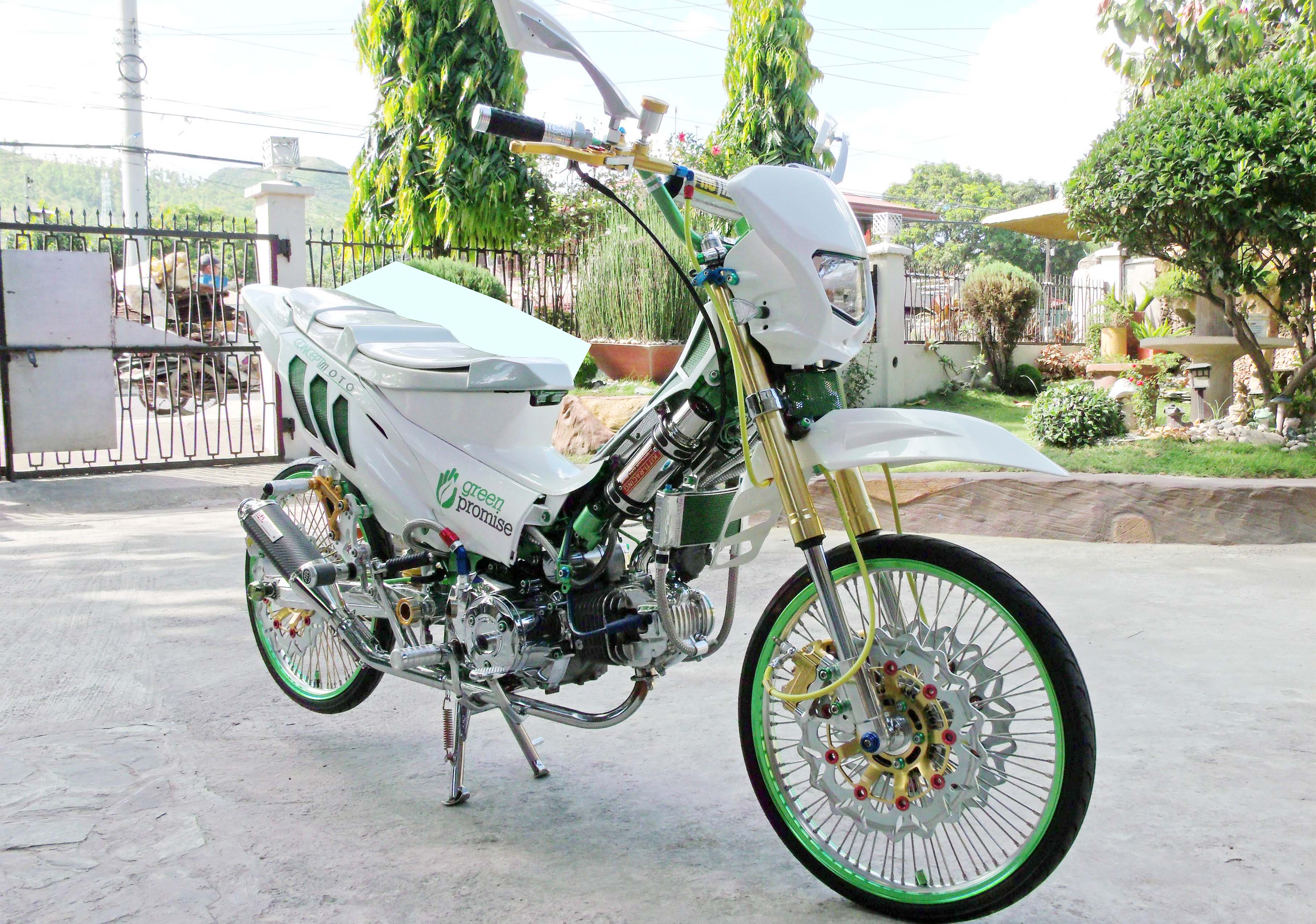 Indeed after all their hard work, they have achieved a truly unique and capable ride. The bike is a real head-turner and it is a perfect platform to voice out their message of environmental awareness. 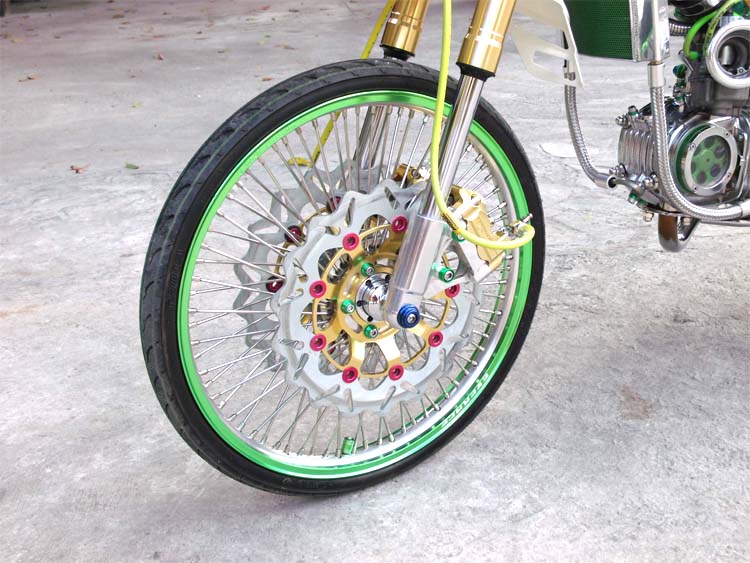 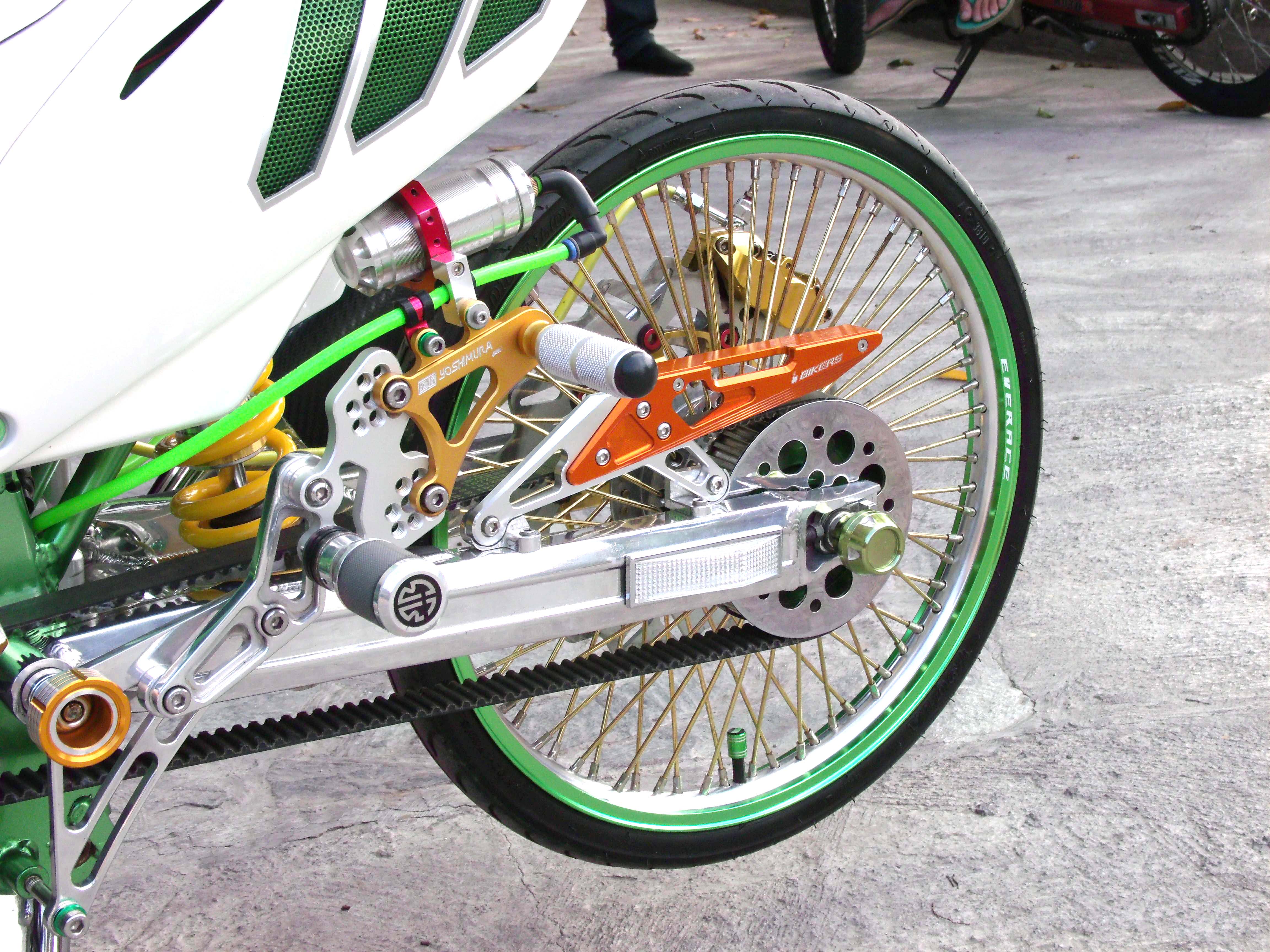 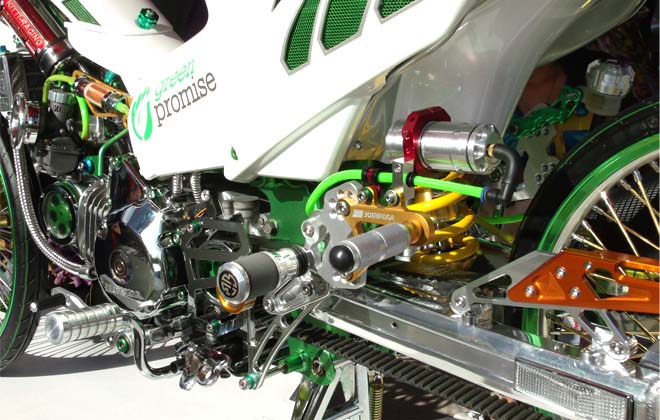 Everywhere the bike goes, it attracts a generous number of on-lookers who really enjoy watching the bike and it has been one of the crowd-drawers in bike shows I have attended. But for Resvic and Van, it means so much more because they know that through their project bike they are sharing their message of environmental awareness and that to me is really awesome. 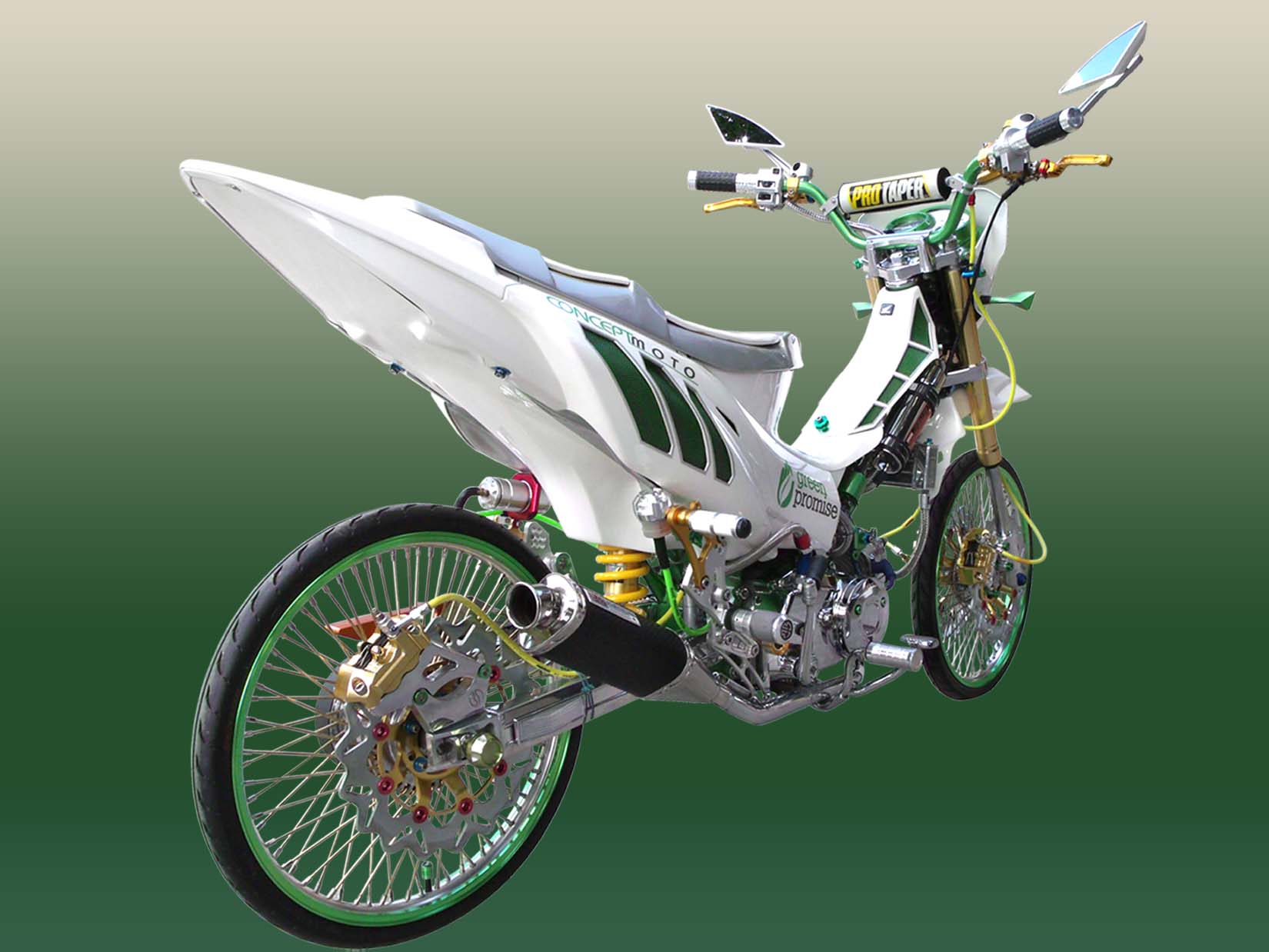 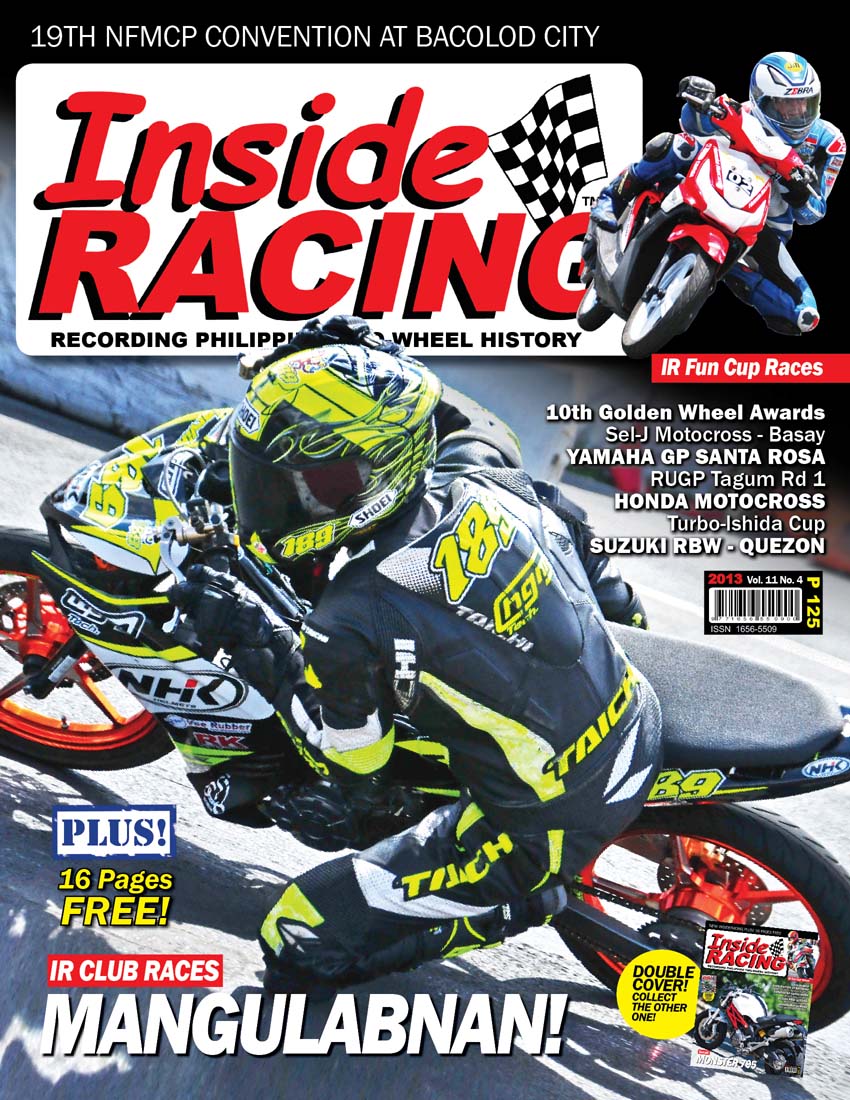