THE MOTION OF INNOVATION IN CEBU – YAMAHA INTERNATIONAL MOTORSHOW 2015

Yamaha Motor Philippines, Inc. (YMPH) delivered another stellar showcase in the form of their International Motorshow, this time in the City of Cebu from July 23-26, 2015. 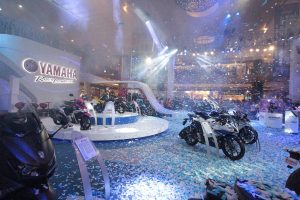 The event is centered on the industry shaking technology that is the Yamaha Blue Core engine, a creation that offers more power with less fuel which is now available in the Philippines. Specifically, it is equipped on 3 different units that were on display in the Motorshow. 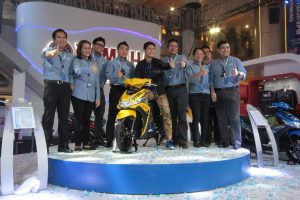 First, the Mio i 125, a refreshing combination of power and lightness accented by a stunning design that will make the rider feel extraordinary. The unit was made available to the public in the form of a free test ride that took place in the covered parking area of SM City Cebu. Next is the Mio Soul i 125, this unit has a bolder design with an aggressive front face for a daunting presence on the road. Last of Blue Core trio is the N-MAX, another addition to the max series that is now equipped with the latest in fuel efficiency; it also gives the rider a sense of comfort in any lifestyle allowing them to enjoy the vast sceneries in Cebu.

That would not be the only products on display;  the R-Series that consists of the YZF- R1, R3, and R15 was also in the venue as well as  the Super Tenere, MT-09, T-MAX, and Bolt of the Big Bike Category which is eagerly awaited by riders in the country. A new trend that just arrived this year, the Yamaha Tricity powered by the Leaning Multi Wheel technology was there alongside the AT units. Marine products were also present with Wave Runner and Outboard Motors.The Yamaha Power Products also had a complete lineup of generators for everyone to see.

The displays weren’t the only attractions because there was a selfie promo where guests were asked to upload their selfies alongside Yamaha products to their facebook page with the hashtag #YMPHmotorshow2015 to receive a motion of innovation lanyard. That wouldn’t be the only freebie, because guests only needed to register to receive a free Yamaha Tote Bag, 360 Magazine, and stickers. 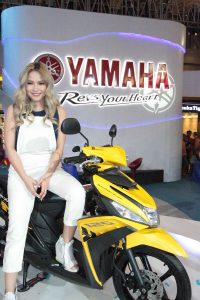 The event was not short of exclusive entertainment with performances by Ballet Manila, Jessy Mendiola, and Yeng Constantino plus a special appearance by Robi Domingo. In addition to that exclusivity, the Yamaha Club offered the brand new membership card that can be claimed on the same day of registration; a benefit that was only available during the event days.

It was 4 days of excitement and exhilaration presented with ingenuity that redefines the landscape of the motor industry spearheaded by breakthrough technology that challenges the limits of the riding lifestyle; one that is recreated by Yamaha.