The New Indian FTR 1200 will Arrive in March 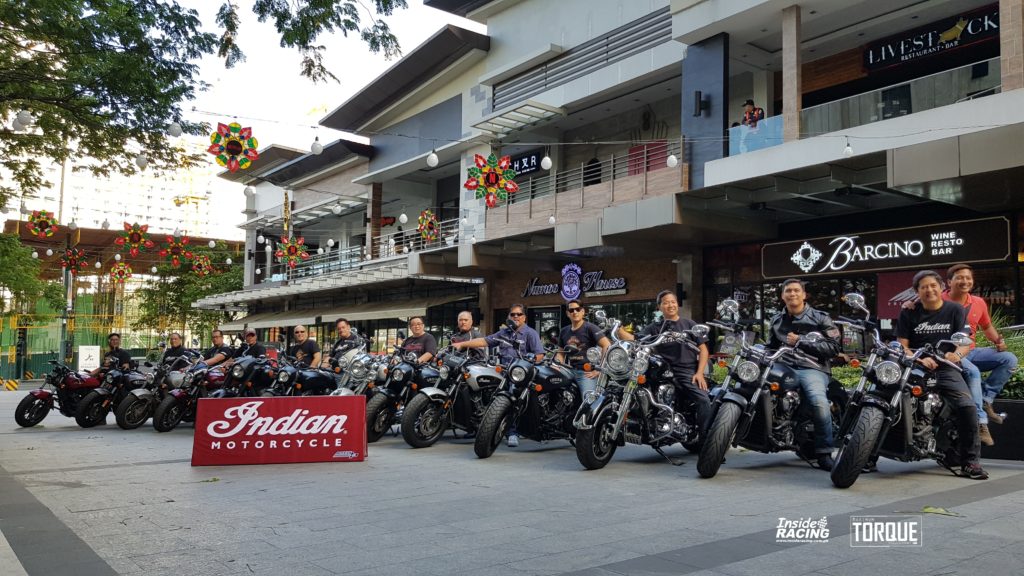 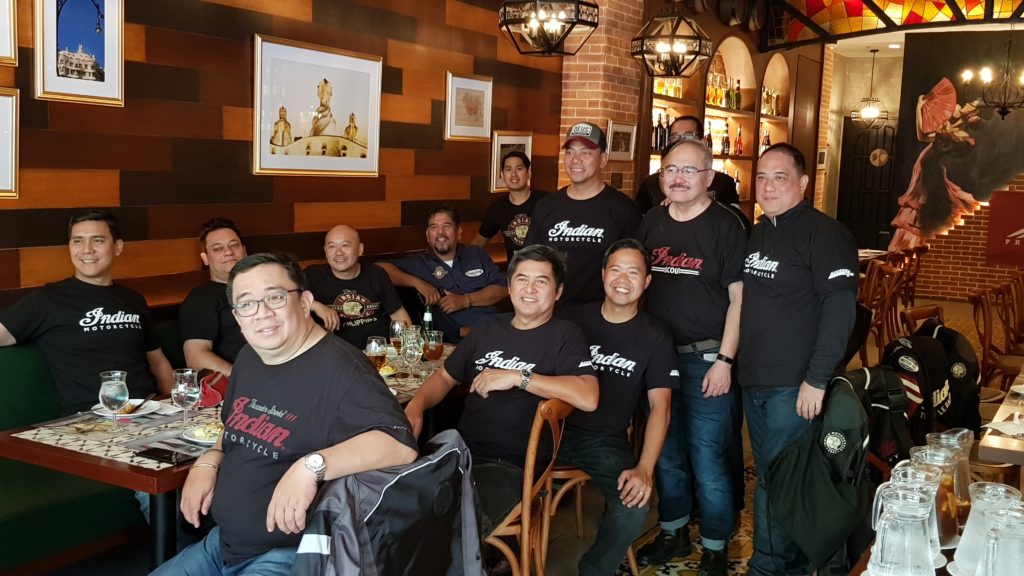 Almost twenty active riders met up in Nuvali in Sta. Rosa early morning for an After Breakfast Ride going to Barcino. 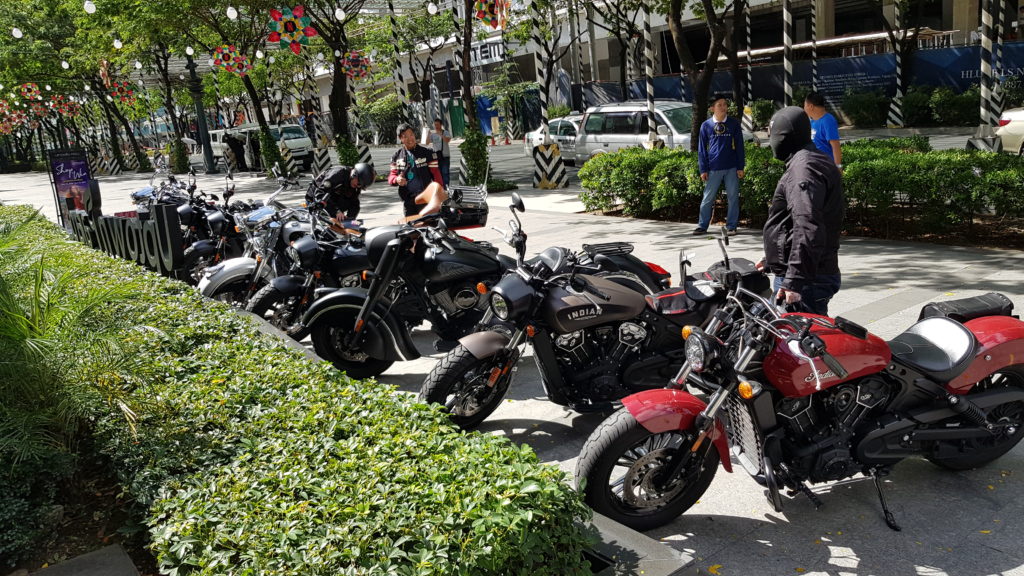 The Saturday crowd at the Uptown Mall were dazed by the beauty and sound of legendary motorcycles from the USA as one by one, IMRG rumbled in front of Barcino. By lunchtime, the beautiful bikes had filled up the front terrace of the resto to the delight of onlookers.

After which, the IMRG, together with invited media friends,  had a tasteful lunch. 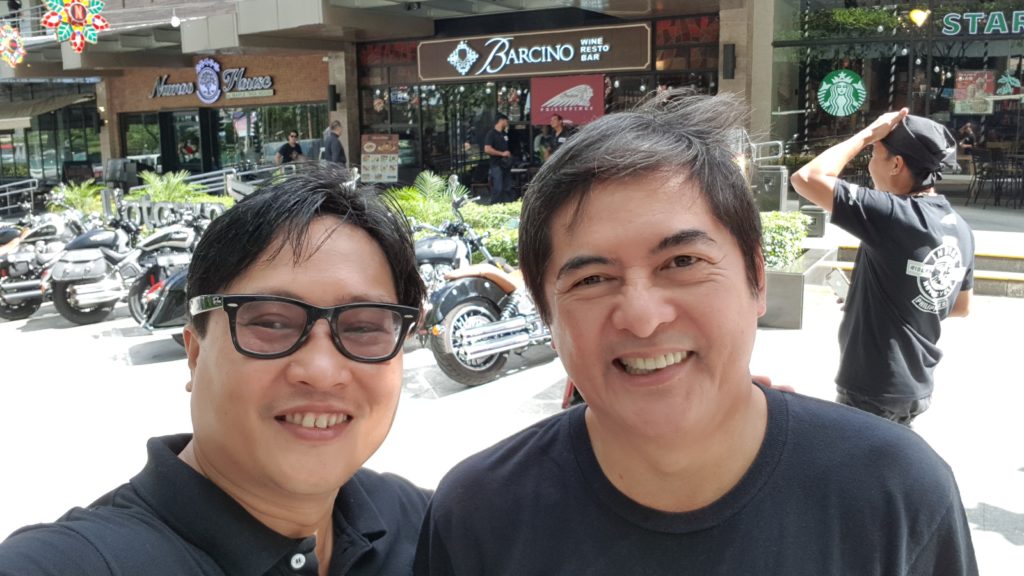 It was after lunch that Mr. Ted Alberto announced that the much anticipated sporty model, the new 2019 Indian FTR 1200,will be coming to the Philippines around March 2019 in time for the biggest motorcycle only show in Asia, the IR Bike Festival and Trade Show at the World Trade Center Manila. “The Philippines will be the first country in Asia to receive this unit and we are very lucky, ” said Mr. Alberto. 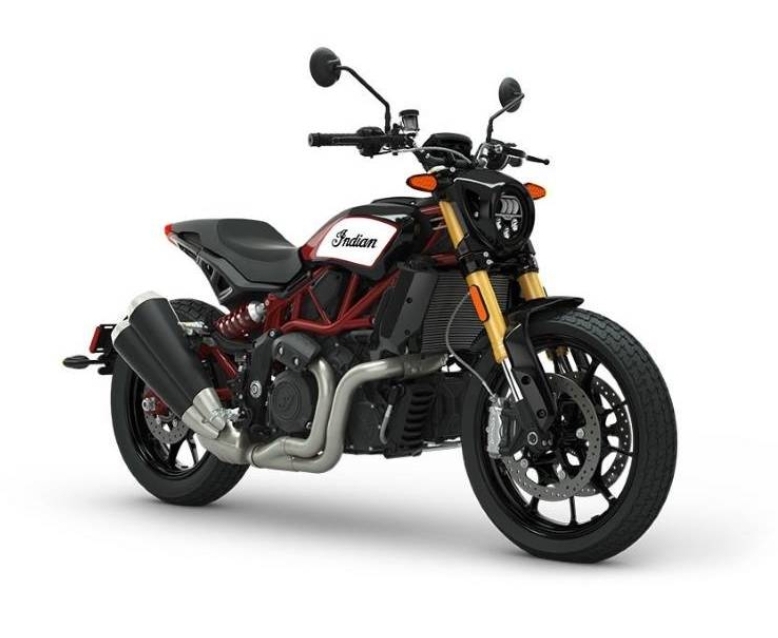 The new FTR 1200 was unveiled earlier in November at the EICMA show in Italy. It is inspired by the popular American flat track racing scene. A naked sport bike that pairs race bike styling with advanced, customizable features to perfectly match the bike to any personal riding style. It is an advanced and refined motorcycle that will feature Riding Modes, fully adjustable suspension at the front and rear, lean sensitive traction and stability controls plus a Ride Command touch screen. 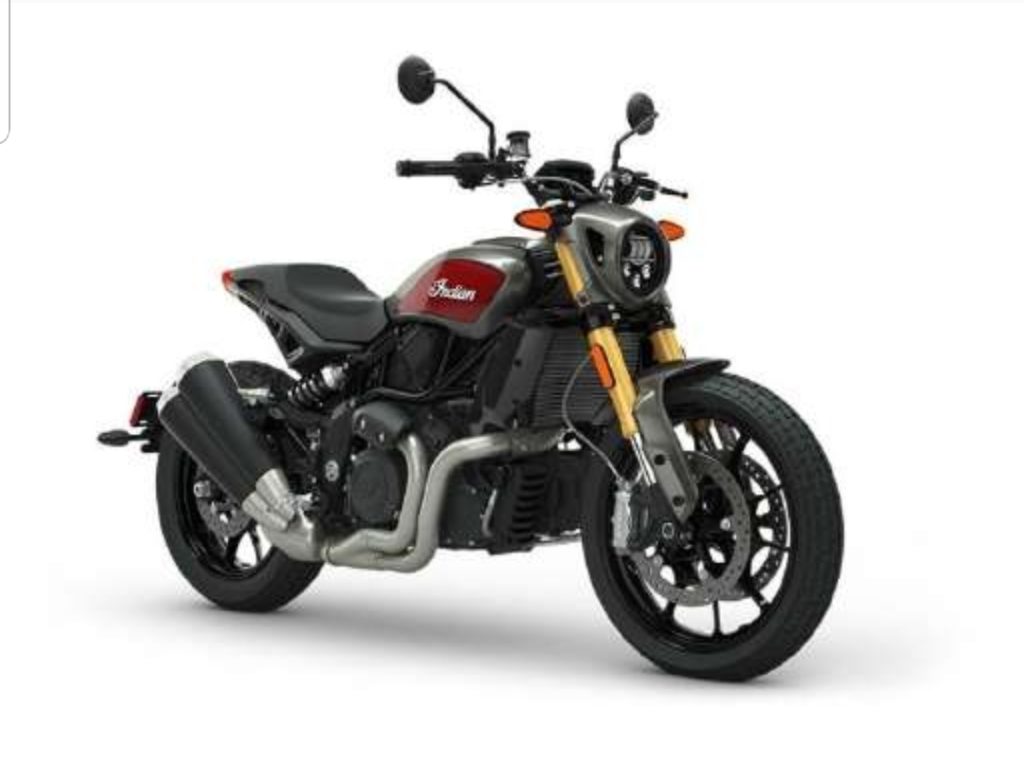 However, the FTR will not only be a styling and image exercise. In 2016, Indian Motorcycle returned to American Flat Track racing with an all-new Indian Scout FTR 750. In just three years, Indian won back-to-back championship seasons in 2017 and 2018. At least, one IMRG member is already excited to get his hands on the FTR when it arrives next year. 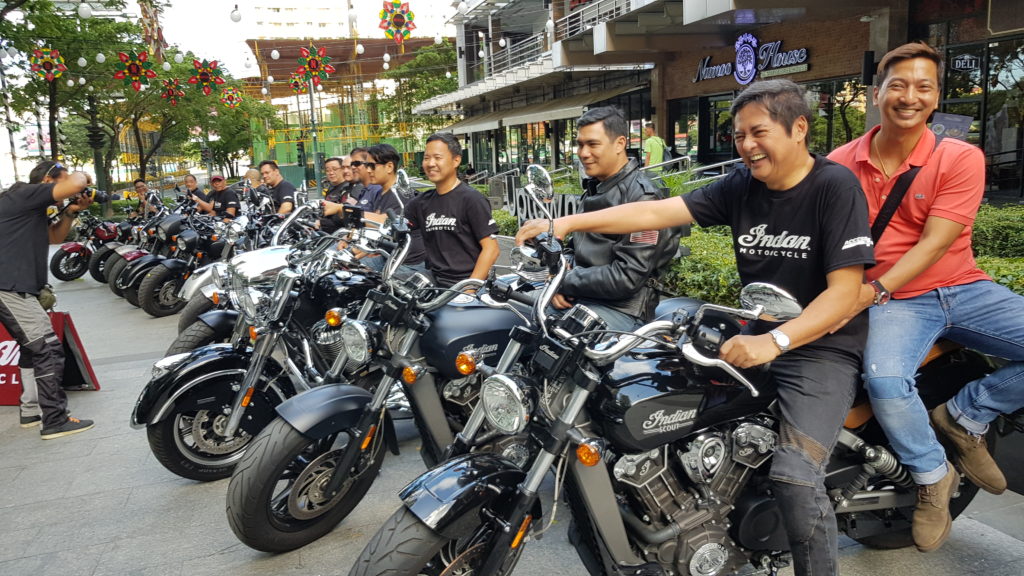 “I am also happy to say that the partnership of Indian Motorcycle and Jaime Dempsey of ‘Ride ‘n Seek’ announced earlier this year at the HISCON will start shooting next month and will feature the IMRG, ” he continued. 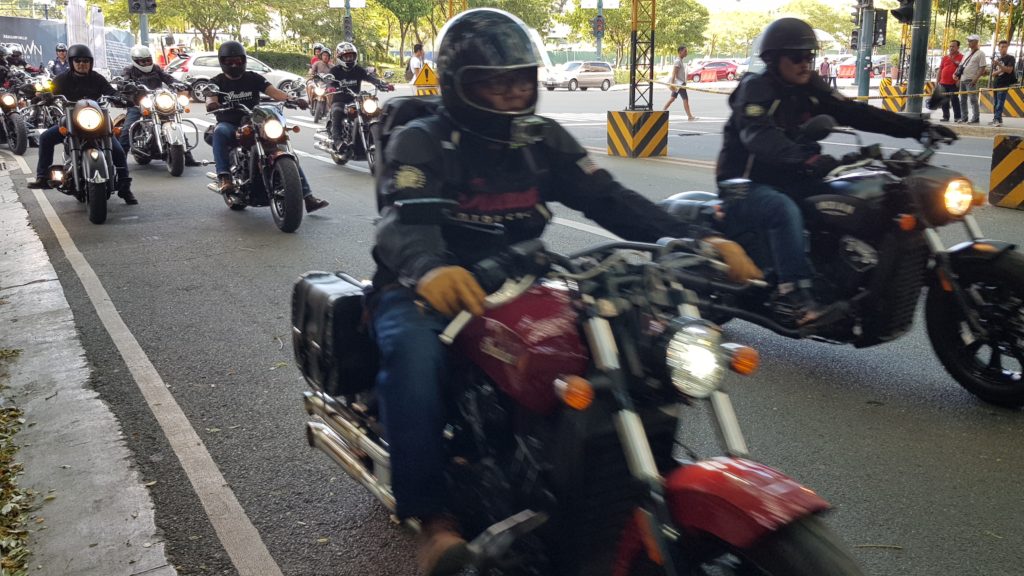 The event concluded with a short ride around BGC. Merry Christmas IMRG and Indian Motorcycle and thanks for having us! 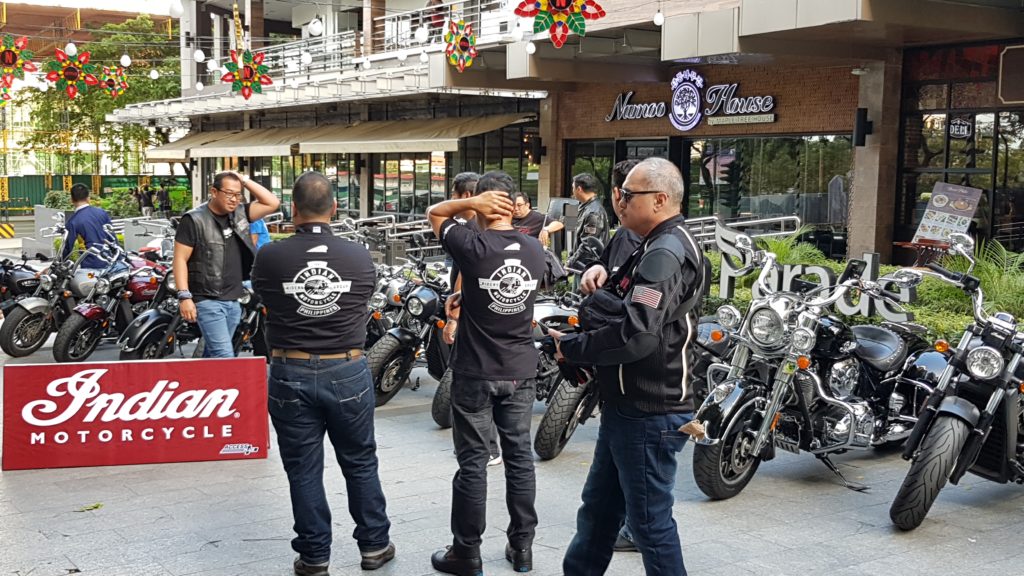 For more two-wheel related stories visit our website www.insideracing.com.ph , get our latest print magazines or download our IR Nation App on Android for free. 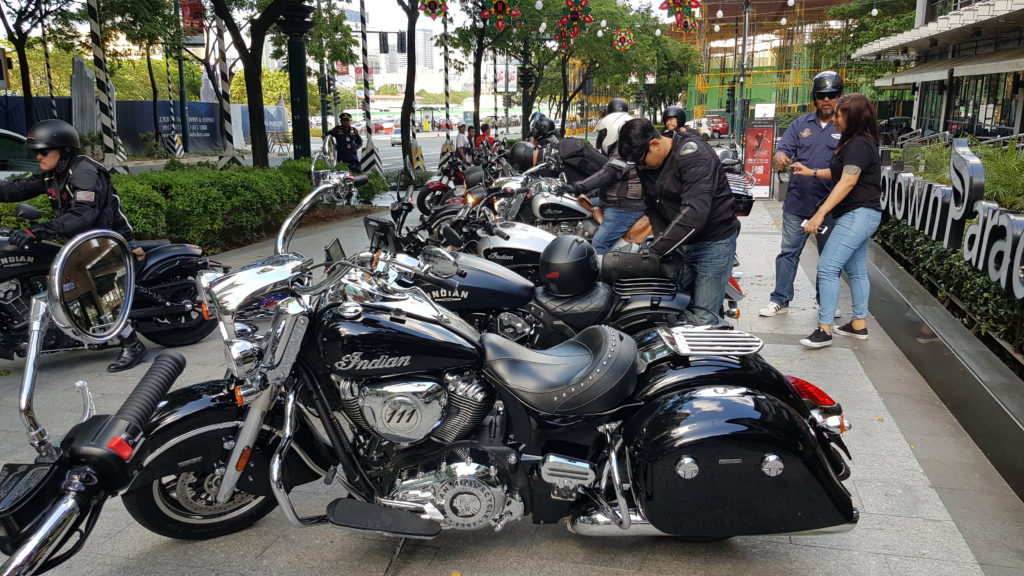