The Suzuki Raider R150 reigned on top at the final round of the highly anticipated Super Underbone race of the Super Series Nationwide Championships securing the overall championship title and proving that the Raider R150 is still the undisputed Underbone King with its flag bearer April King Mascardo of Team Suzuki-VMan Racing. The event happened last Sunday, October 28 between Team Suzuki-VMan with the Raider R150 Fi and Team Yamaha with the Sniper MXi on a 4-rider per team battle. 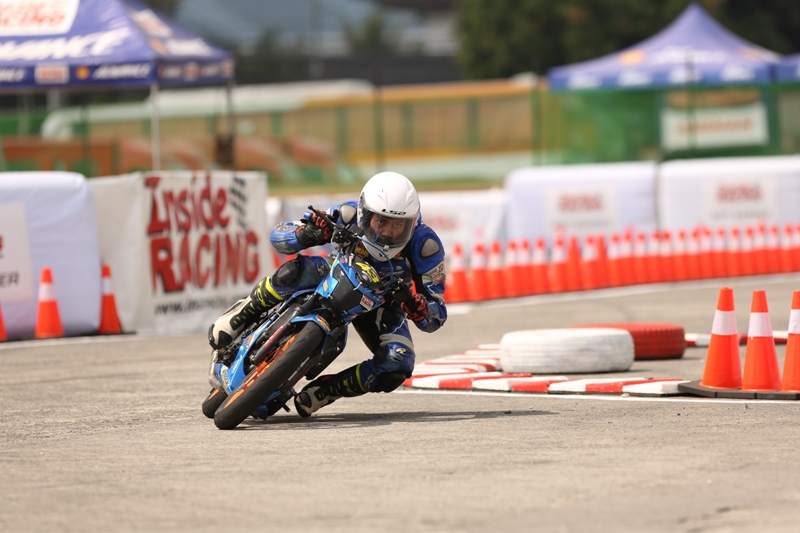 The heat of the sun further heightened the already intense atmosphere of the Super Series Nationwide Championships finale held at the Megatent Parking Lot aptly called as the Manila GP. Both teams were vying for the overall championship title with. The final leg, however, defined everything, sealing the 6-leg race series to a close with the Raider R150 as the Champion. 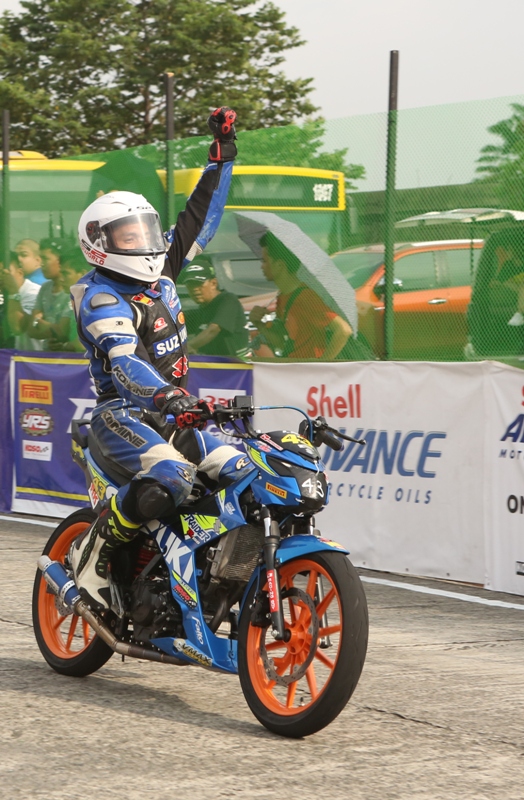 Determined and focused to get to the top, April King Mascardo started it strong at the qualifying landing him on pole position with a best lap time of 17.865s. Trailing behind him were Masato Fernando and JE Inguito (who was also vying for the championship title), Ephraim Onahon and Durraine Dan Carlos – all from the rival team. With this starting position, the rest of the Suzuki-VMan Racing Team – Eane Jaye Sobretodo, Jaypee Obedencio and Josh Tan got ready for an intense race with all their guards up to defend Mascardo while performing well to beat their individual best times. 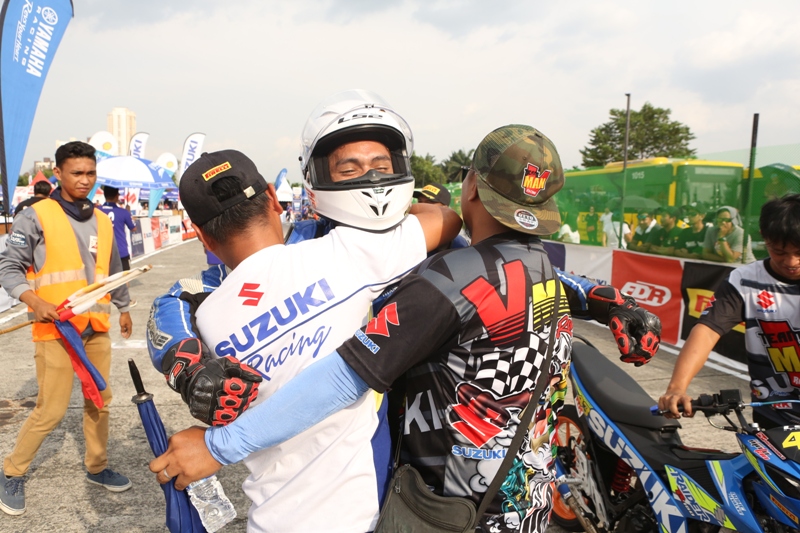 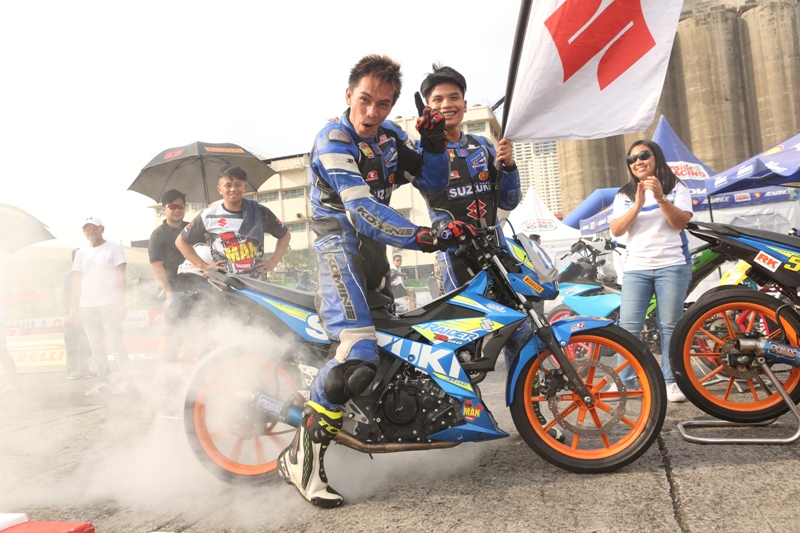 On to the race, the beginning of the 15-lap competition already saw a jumpstart from Dan Carlos coming from grid 5 cutting off and blocking Mascardo. Keeping his focus, the encounter did not stall our hero as he swiftly recovered catching the pack at the first corner securing a position on 2nd place following JE Inguito who was then leading the race. An error on the 2nd lap, however, made Inguito crash as Mascardo was about to catch him giving a sweet advantage to the Suzuki rider who kept on pushing to maintain his lead up to the final lap. The race concluded with April on the top followed by Masato and JE on 2nd and 3rd spot respectively claiming his title as the Super Underbone Champion this season with the still undisputed Underbone King – the Suzuki Raider R150. 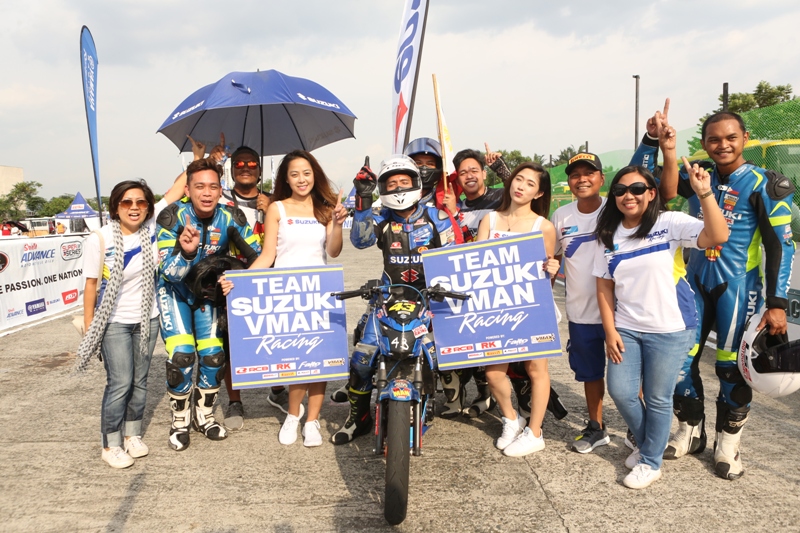 This is Suzuki’s return on the racetrack after half a decade pause and what a comeback! Suzuki focused in training riders internationally for the past years and now with Suzuki Asian Challenge graduates April King Mascardo and Eane Jaye Sobretodo bringing their learning locally with a clean and powerful performance, the team won with a sweet finish. 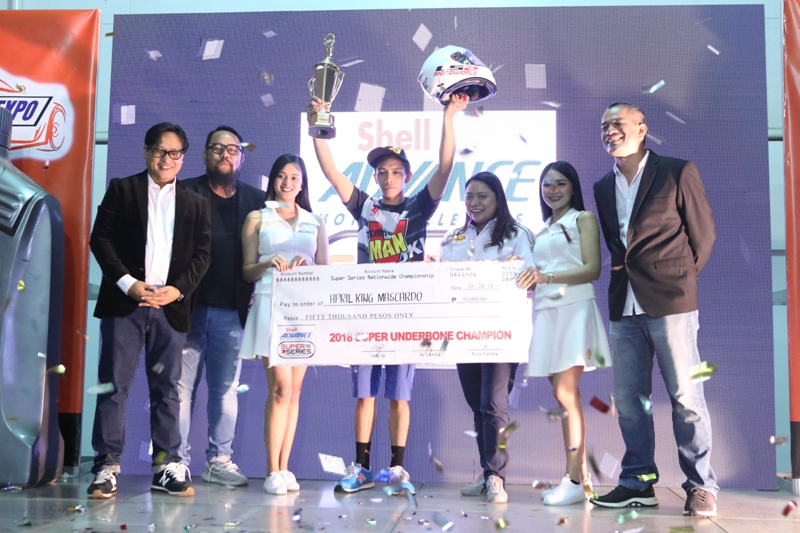 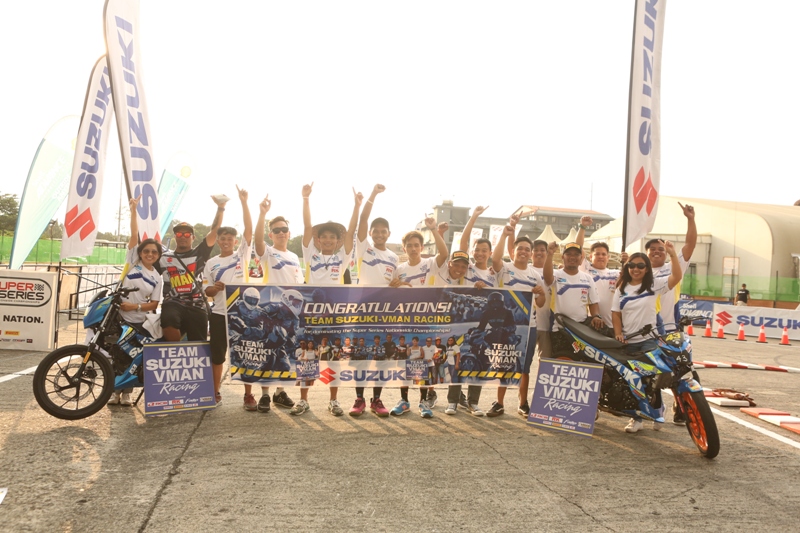 The Super Series Nationwide Championships ran on a 6-leg race which kicked off in Carmona followed by races in Davao, Bacolod, Cebu, Antipolo and Manila. It also featured the Raider Breed Wars (RBW) showcasing the power and performance of the Raider R150 Carburetor and Fuel-injected models through a one-make competition. 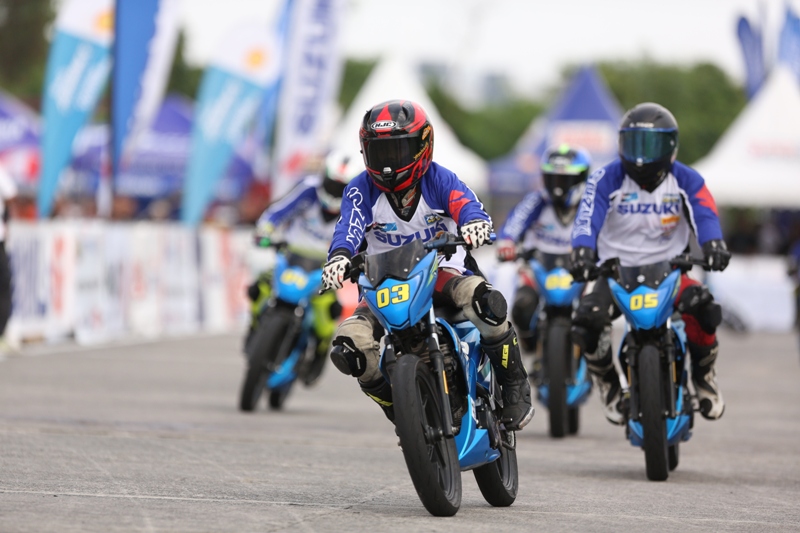 Emerging as the overall winner of the season for these races is another Suzuki-VMan Racing Team’s pride Mark Djereck Ondillio. He is the Champion for both the Raider Breed Wars Carb and FI race series and was followed by 13 year old Jakob Sablaya as the Vice Champion. Djereck also won at the previous legs of the Underbone 150cc Open Novice Category making him the Rookie Rider of the Year. 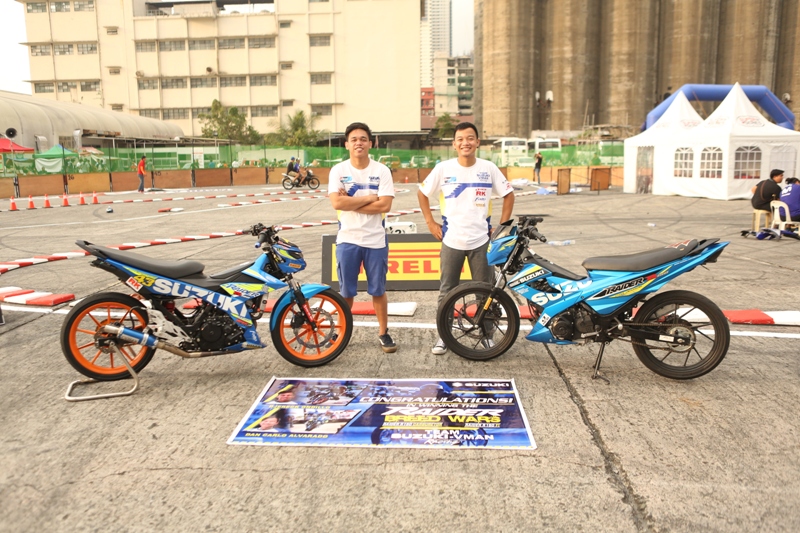 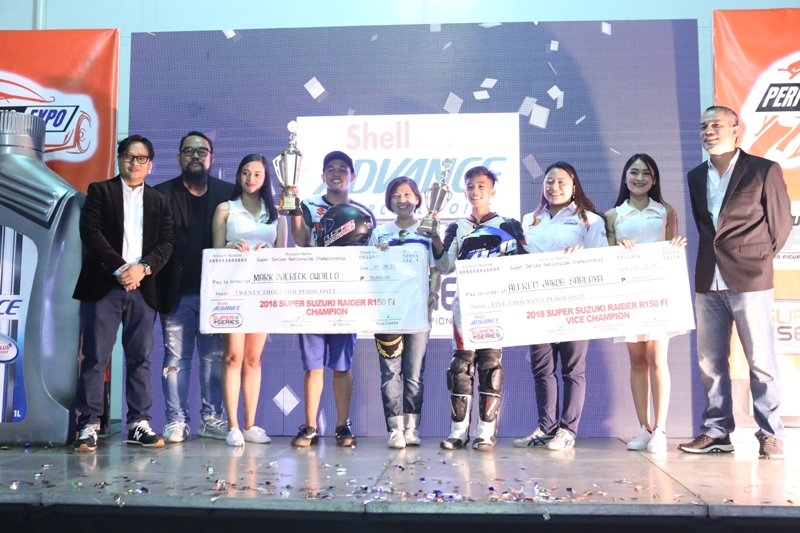