The Suzuki Hub Brought Together Thousands at the 11th IR Bike Fest!

Thousands of riders gathered at the brightest booth – the Suzuki Hub, during the 11th InsideRACING Bike Festival and Trade Show (IRBFTSXI) last March 24 to 26 at the World Trade Center Manila. Filled with the brand’s latest offerings to the riders, the Suzuki Hub was one of the favorite destinations of the guests during the well-coveted annual event. 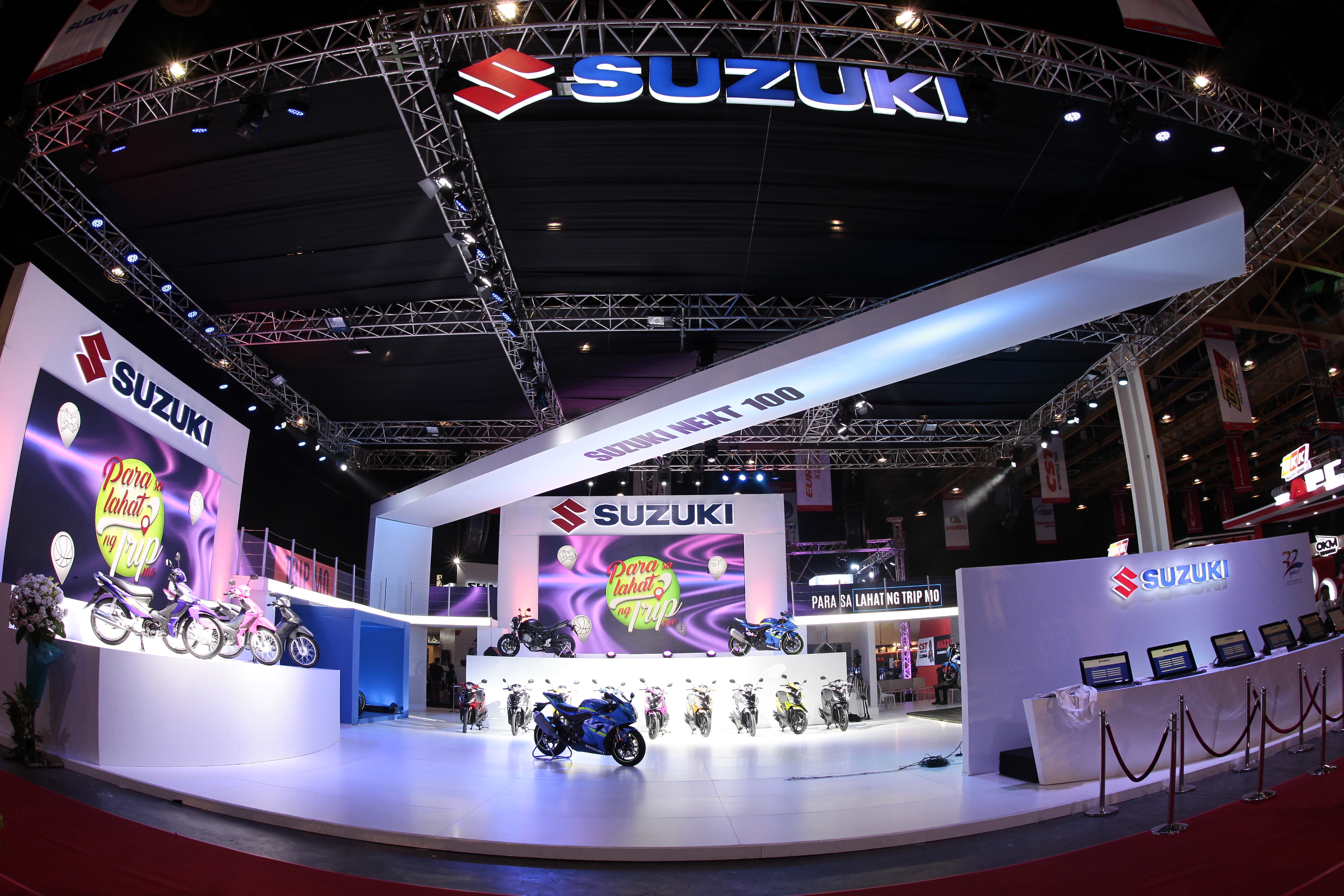 Motorcycle aficionados visited the sleek and elegant looking booth adorned by a LED bar with the text Suzuki Next 100 signifying Suzuki’s upcoming centennial year. This also means Suzuki’s commitment to provide customers with new surprises and excitement while perfectly matching the pace of each driver’s lifestyle. That even before the Japanese giant reaches its 100th year; it has already started building the future of mobility for all. 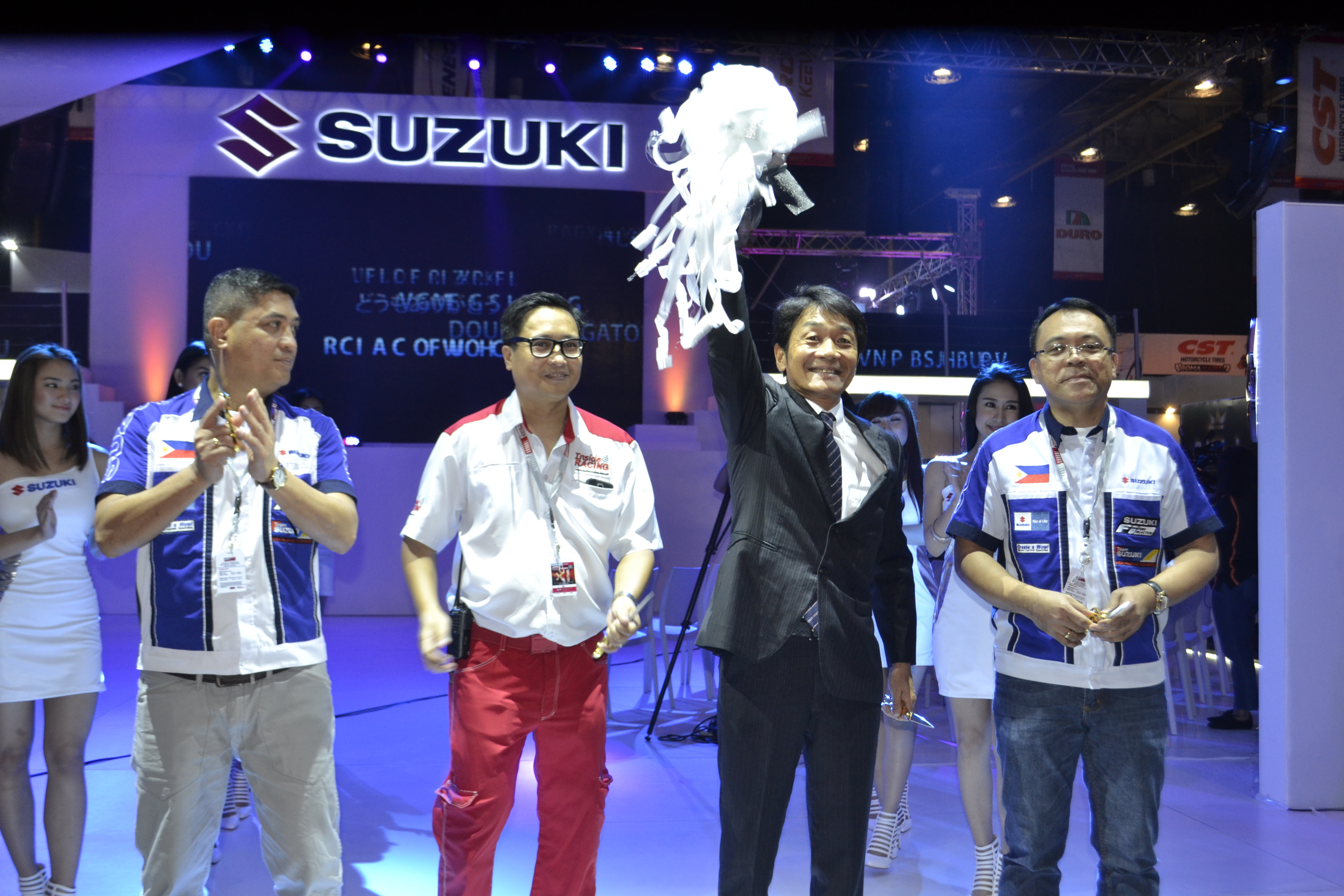 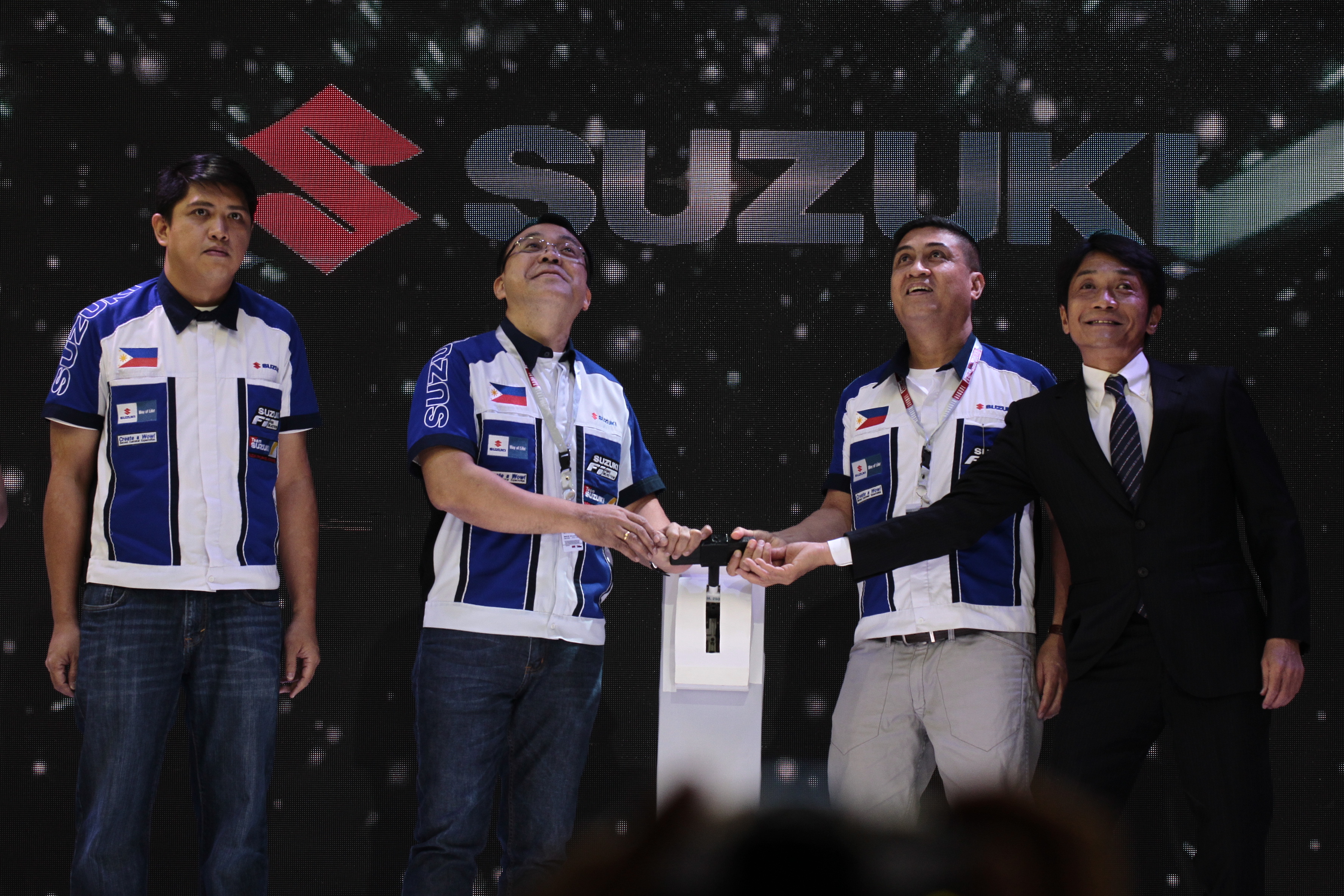 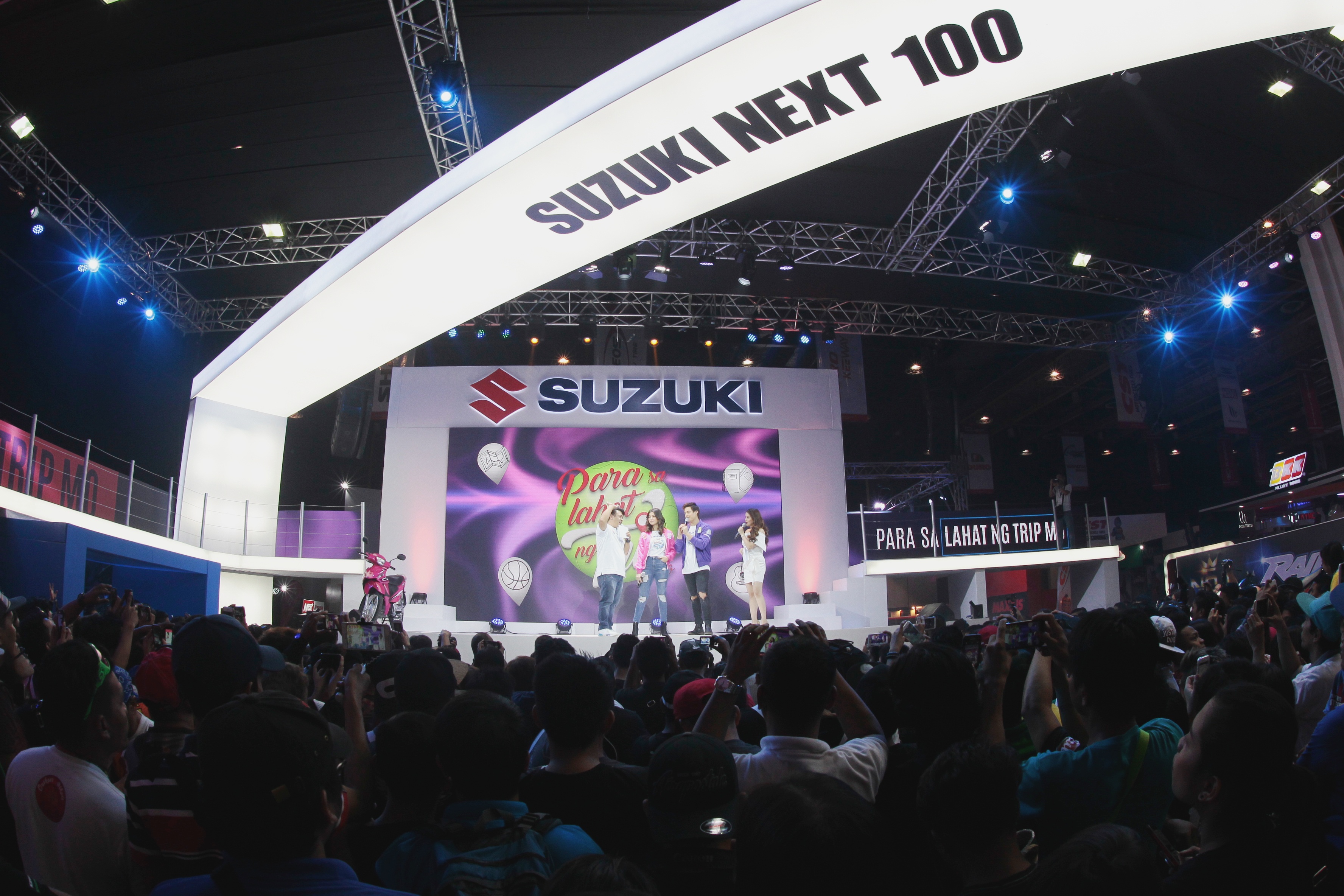 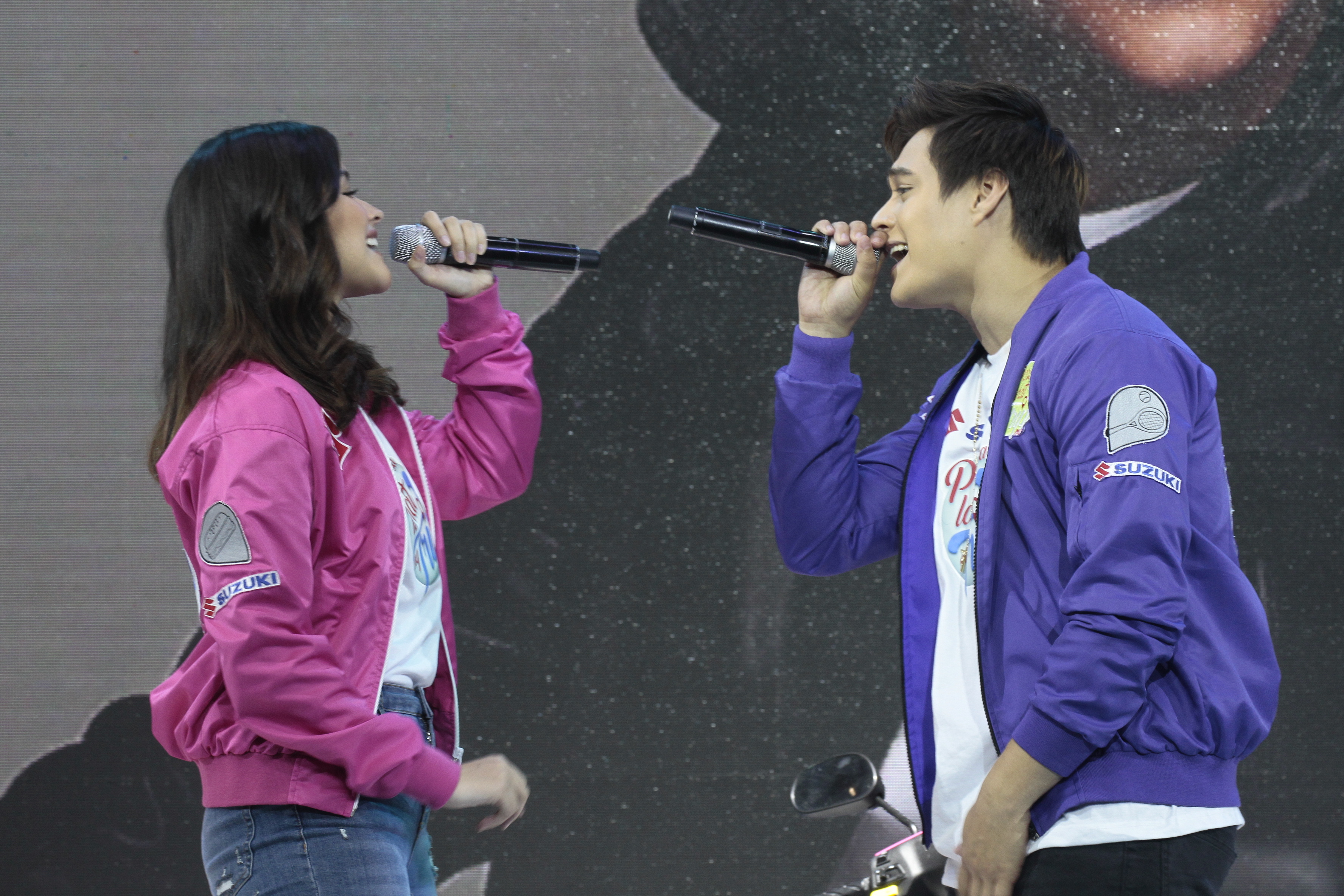 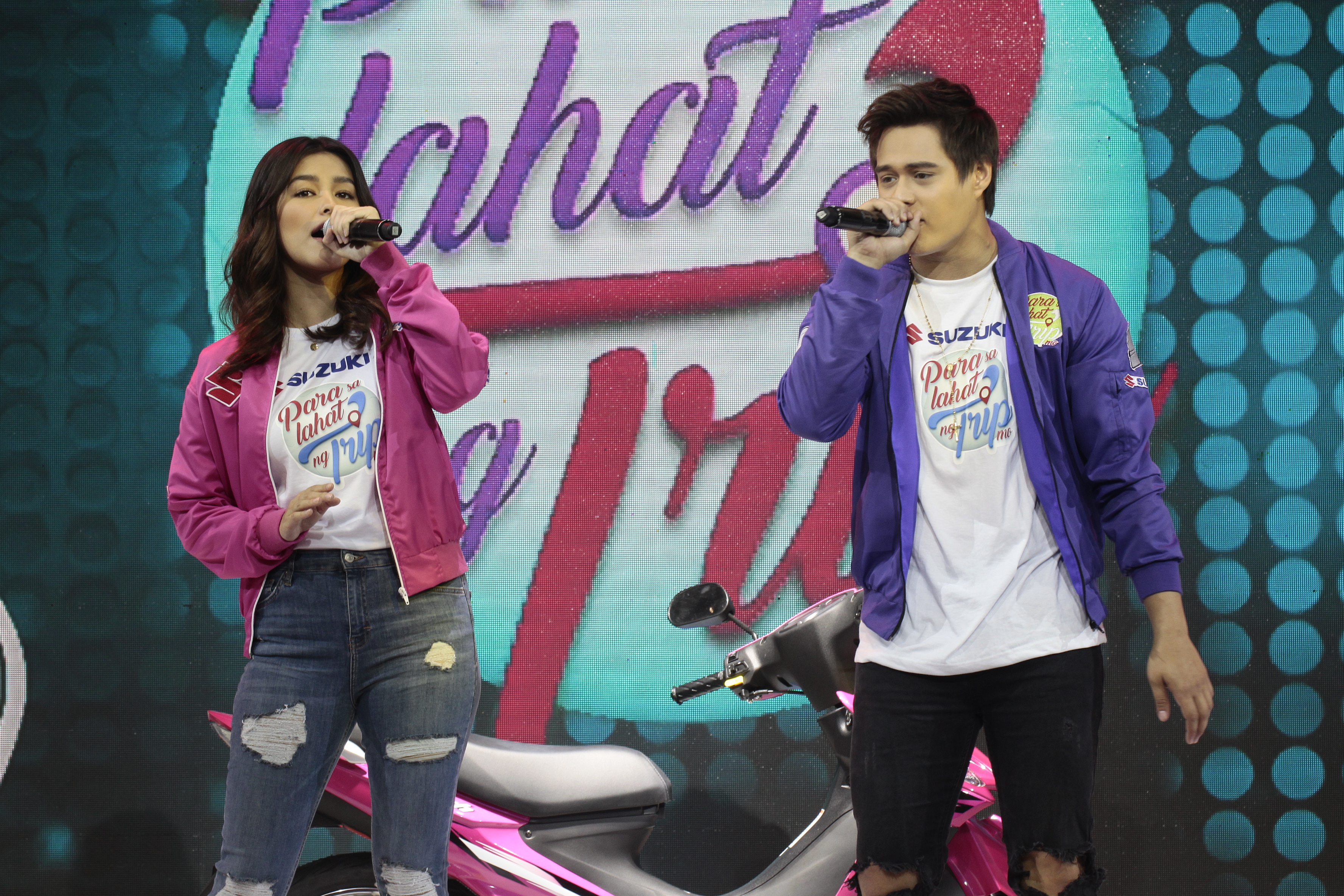 Suzuki, Para sa Lahat ng Trip Mo Campaign ambassadors Liza Sobreano and Enrique Gil were brought by Suzuki Philippines at the 11th IR Bike Fest. The popular love team performed for the crowd and even participated in a fun game with Suzuki riders. 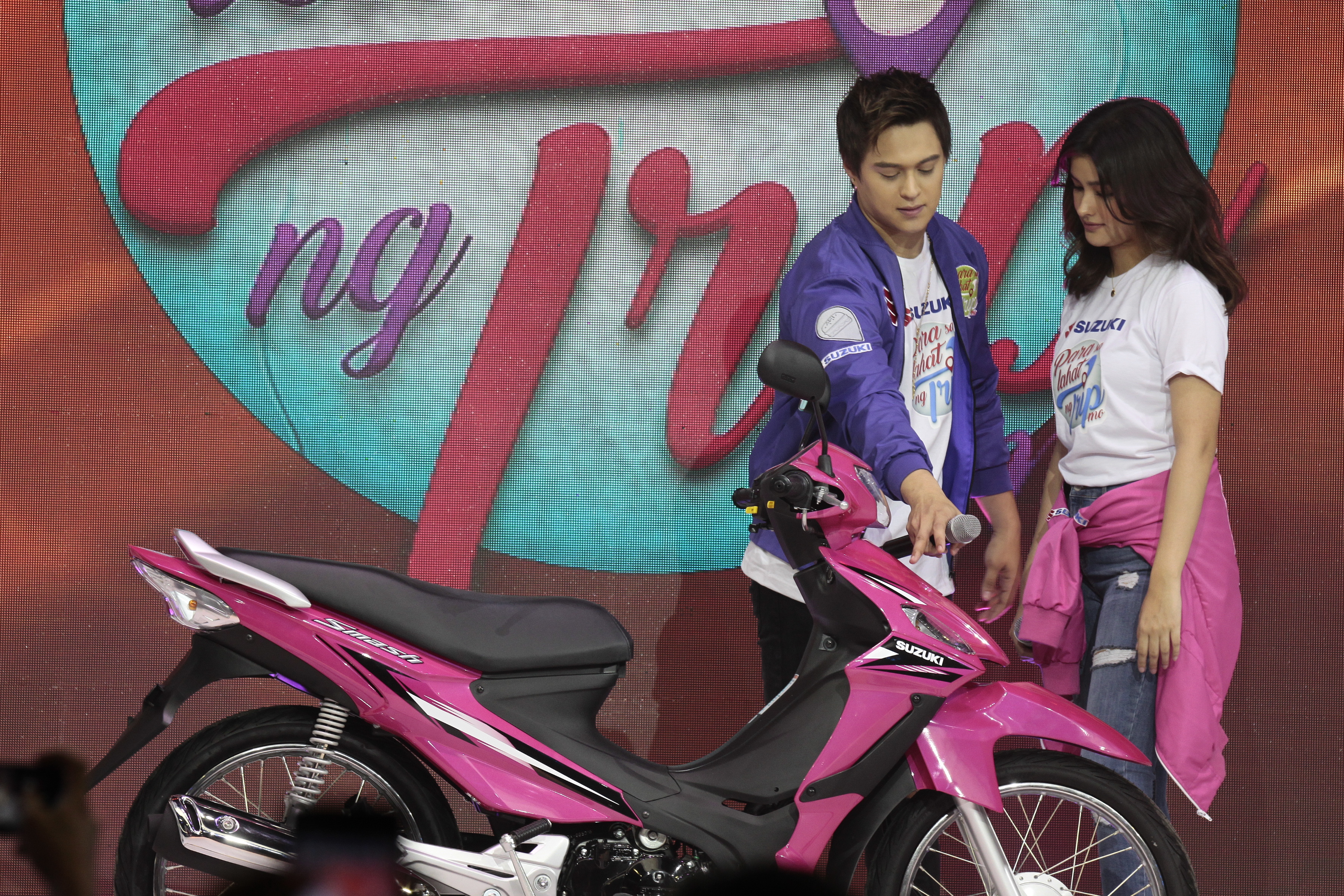 Liza and Enrique also signed a Suzuki Smash motorcycle. The Suzuki Para sa Lahat ng Trip Mo campaign caters to the millennials and featured in the campaign are the Smash underbone in fashion colors as well as the global scooter Address which now has a new and fresh look. 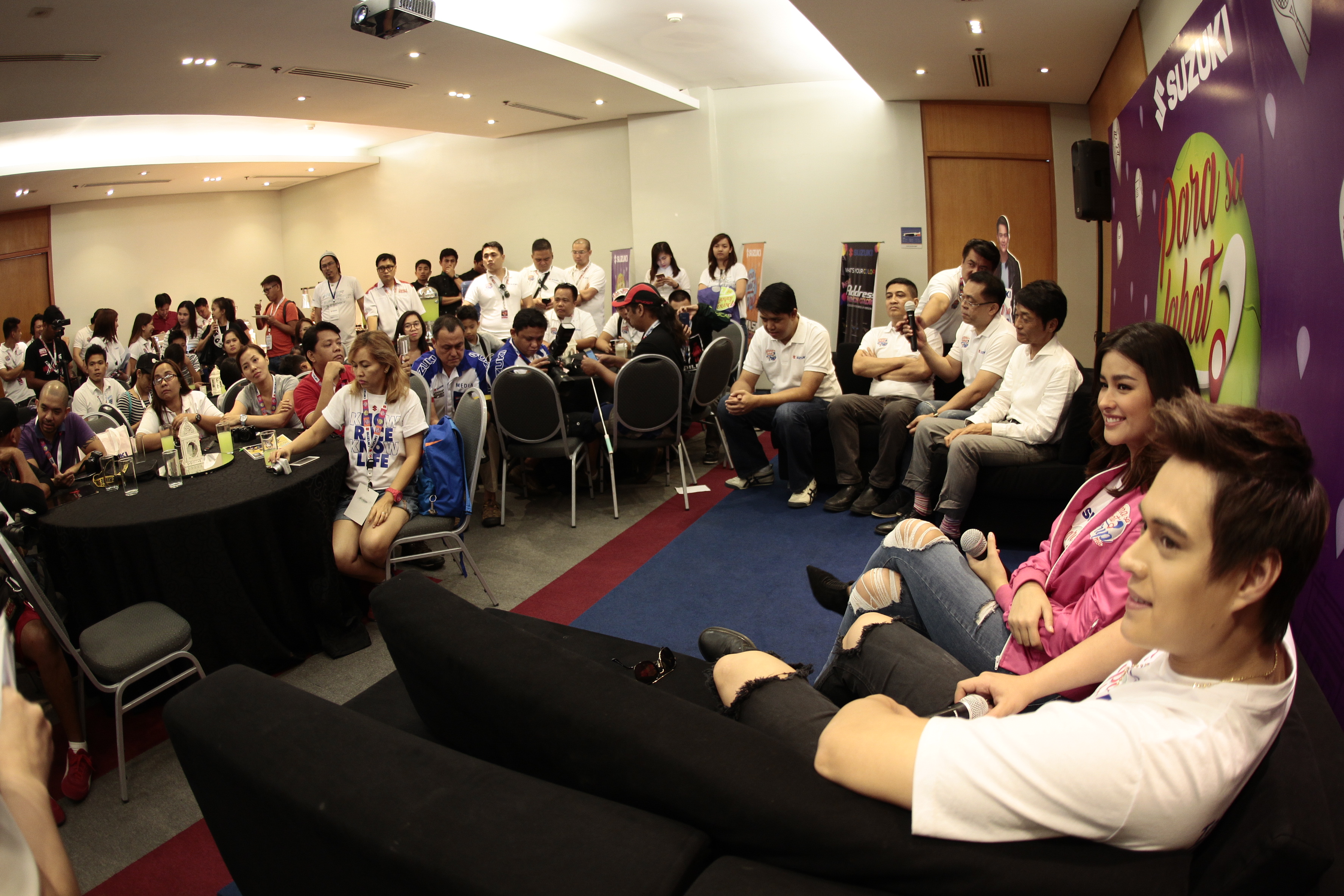 After visiting the Suzuki Hub to meet their fans, Suzuki Philippines held a press conference for Liza and Enrique.

One of the highlights of the Suzuki Hub was the launch of the GSX-R1000R in the country. Considered as the King of Sportsbikes, it is culmination of more than 30 years of GSX-R heritage, performance, innovation, domination and unmatched value. Now, the King is definitely back to own the racetrack. Another exciting addition is Suzuki’s go-anywhere dream machine – the SV650A with features built for each rider’s fun and excitement which already captured the hearts of the media and enthusiasts alike even at first look. 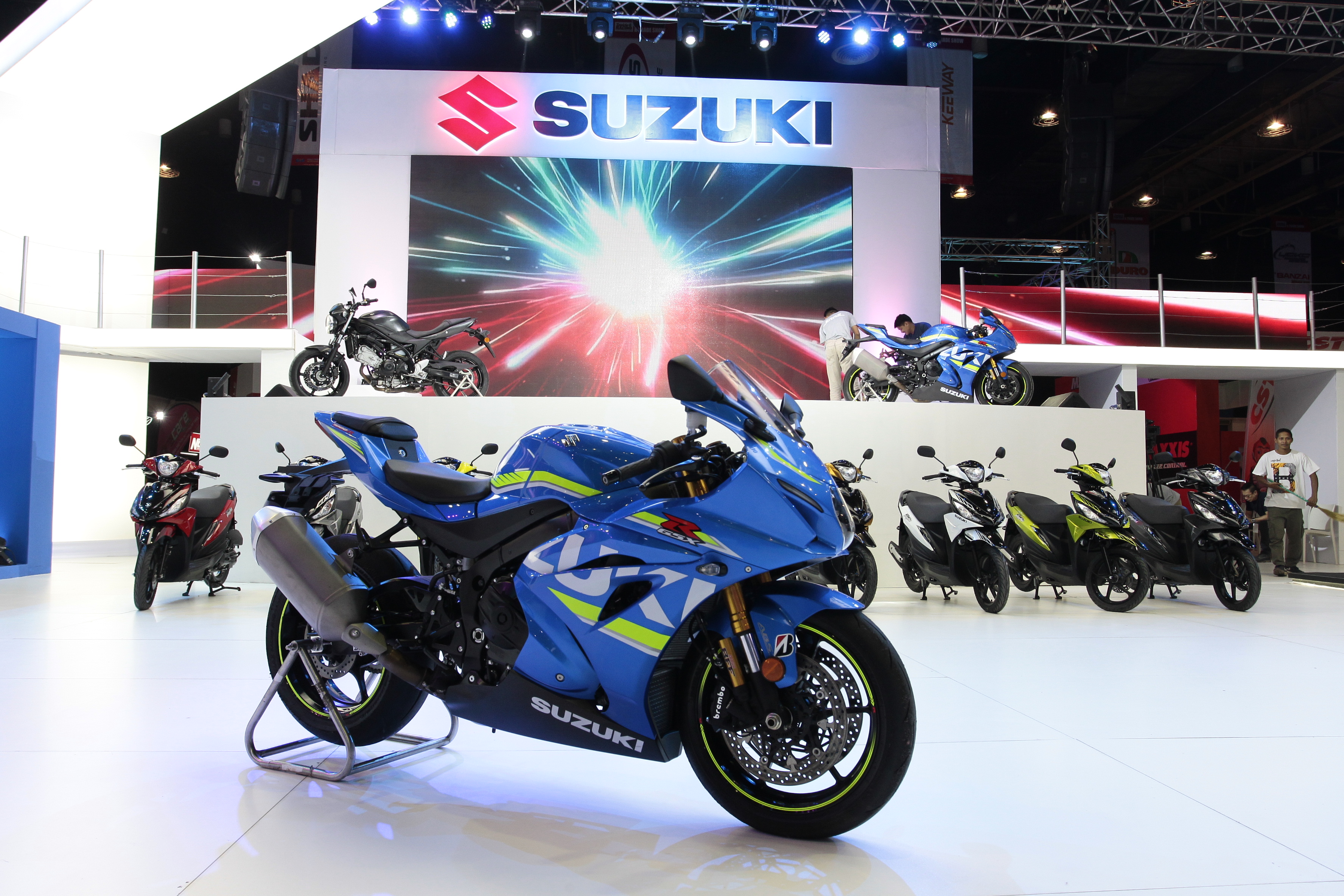 Suzuki extends this excitement to its line-up of equally charming and performance small bikes with the very extensive color variations of the global scooter Address. Part of Suzuki, Para sa Lahat ng Trip Mo campaign, the brand aims to address the very dynamic lifestyle of the young generation. And with this new addition to the already colorful line up of Smash Fashion Colors, Suzuki will not only provide them with a riding companion but one that will also help them express themselves more. Attesting to this, endorsers Liza and Enrique noted that the youth right now or the millennials have very active lifestyle which required for. What they need is one that is functional, trustworthy and stylish – a motorcycle that can be an extension of themselves. And they get exactly this with Suzuki’s superior quality coupled with the updated look of both the Smash and Address. 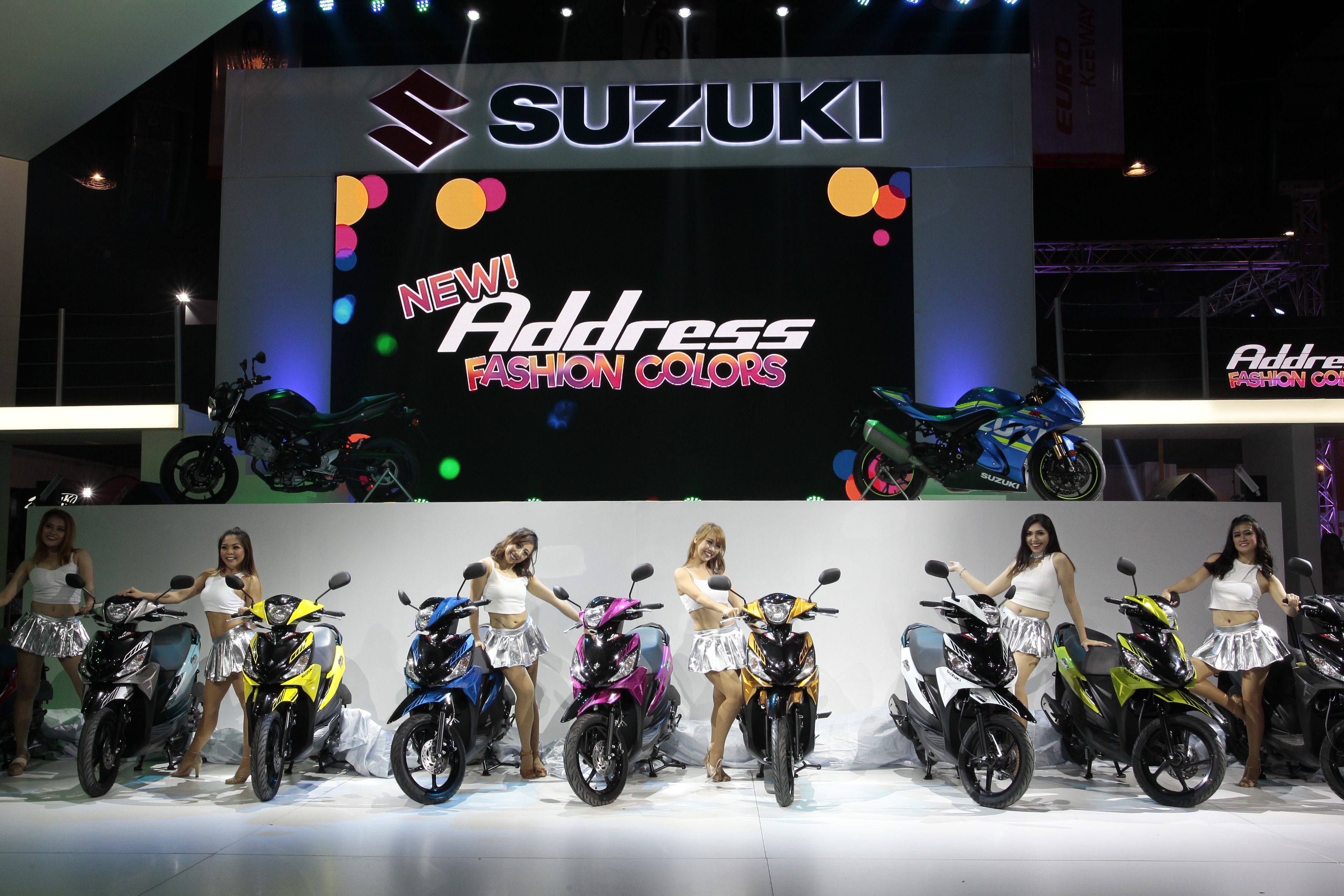 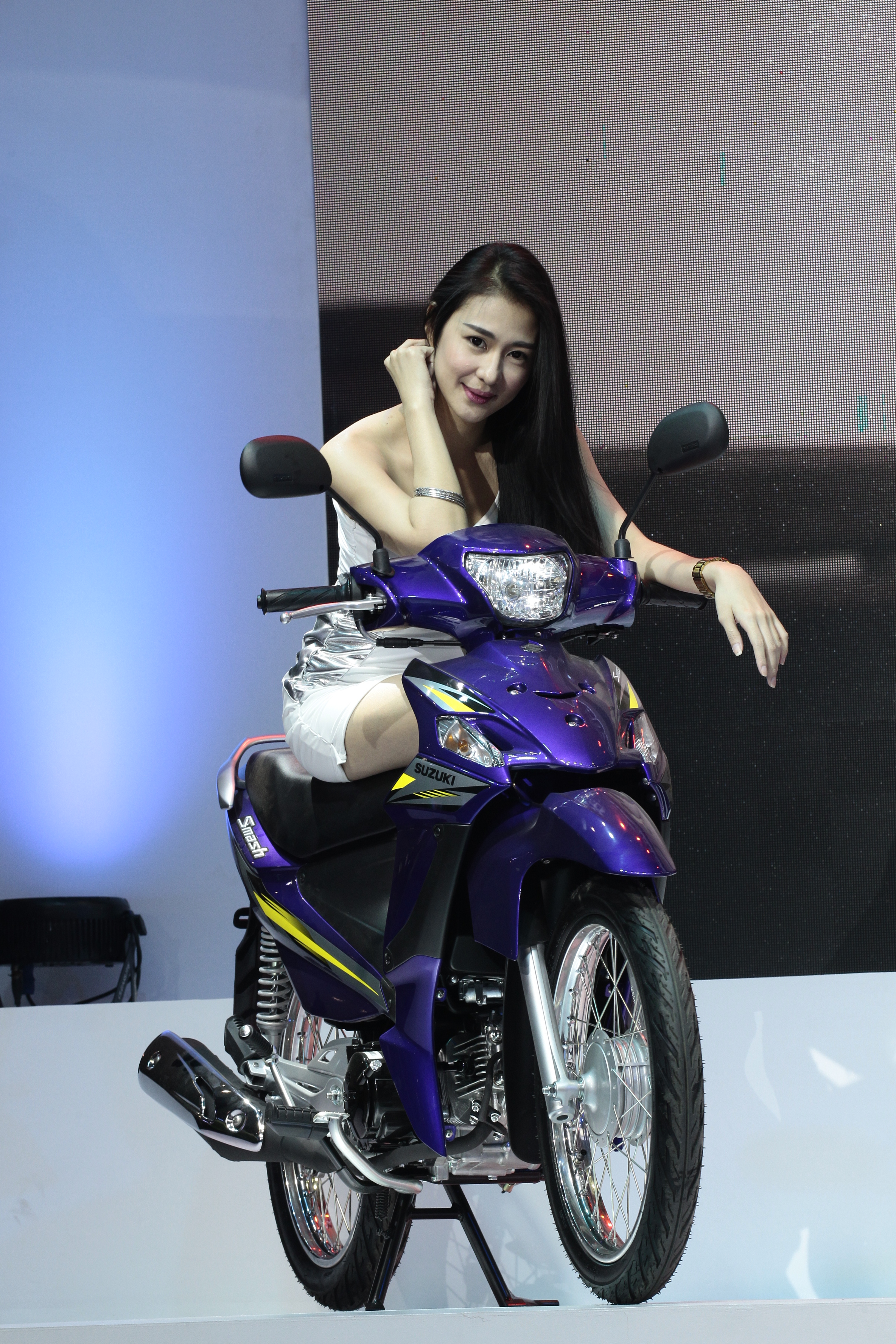 When we say Suzuki excitement, there of course shall be the thrill on the racetrack. The brand also presented this year’s Team Suzuki Pilipinas for the Suzuki Asian Challenge 2017 comprised of the country’s last season heroes – Eane Jaye Sobretodo for Luzon, Mario Borbon Jr. for Visayas and April King Mascardo for Mindanao. Completing the product line-up are the handsome Smash Matte Black Premium edition as well as the Underbone King Raider R150. 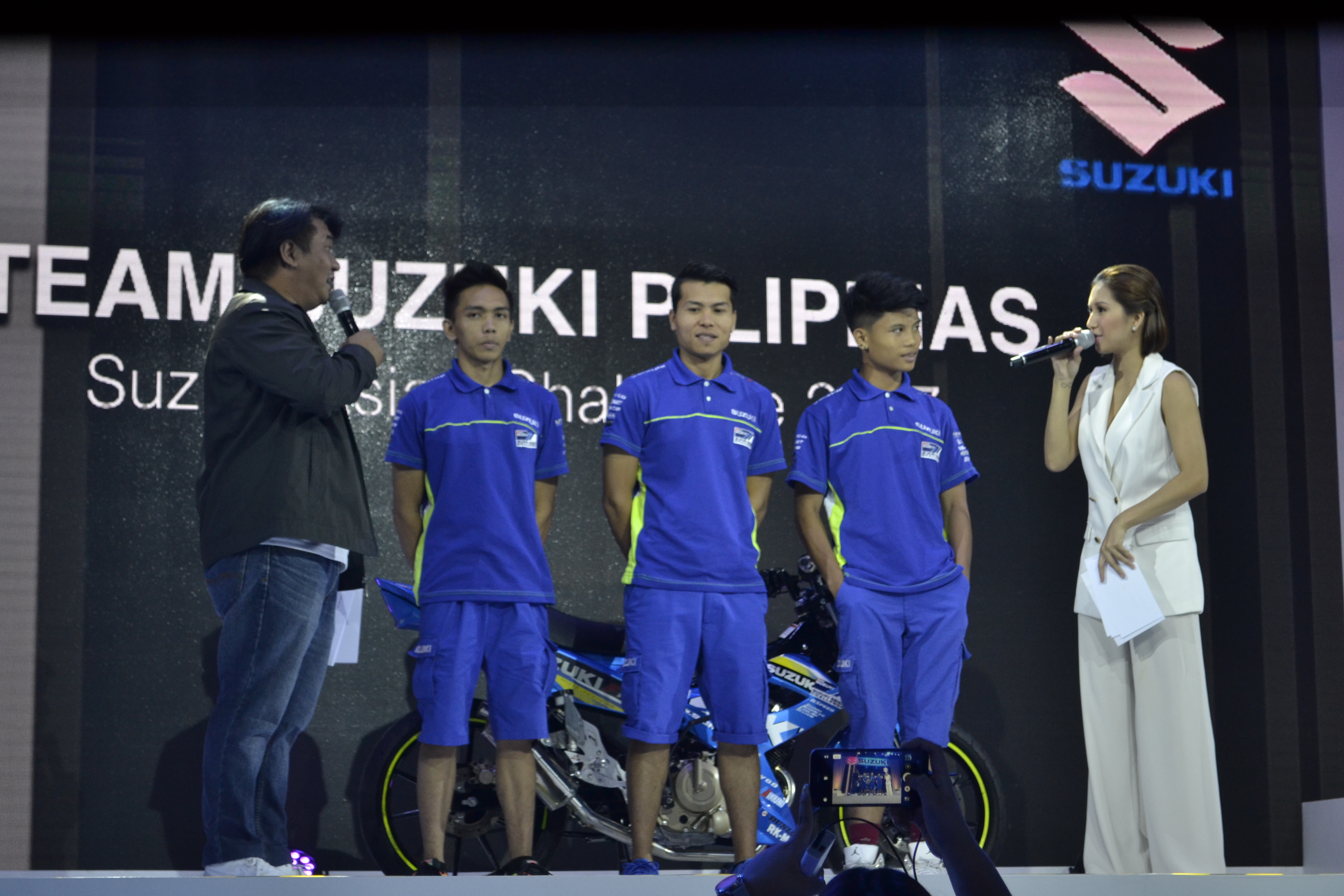 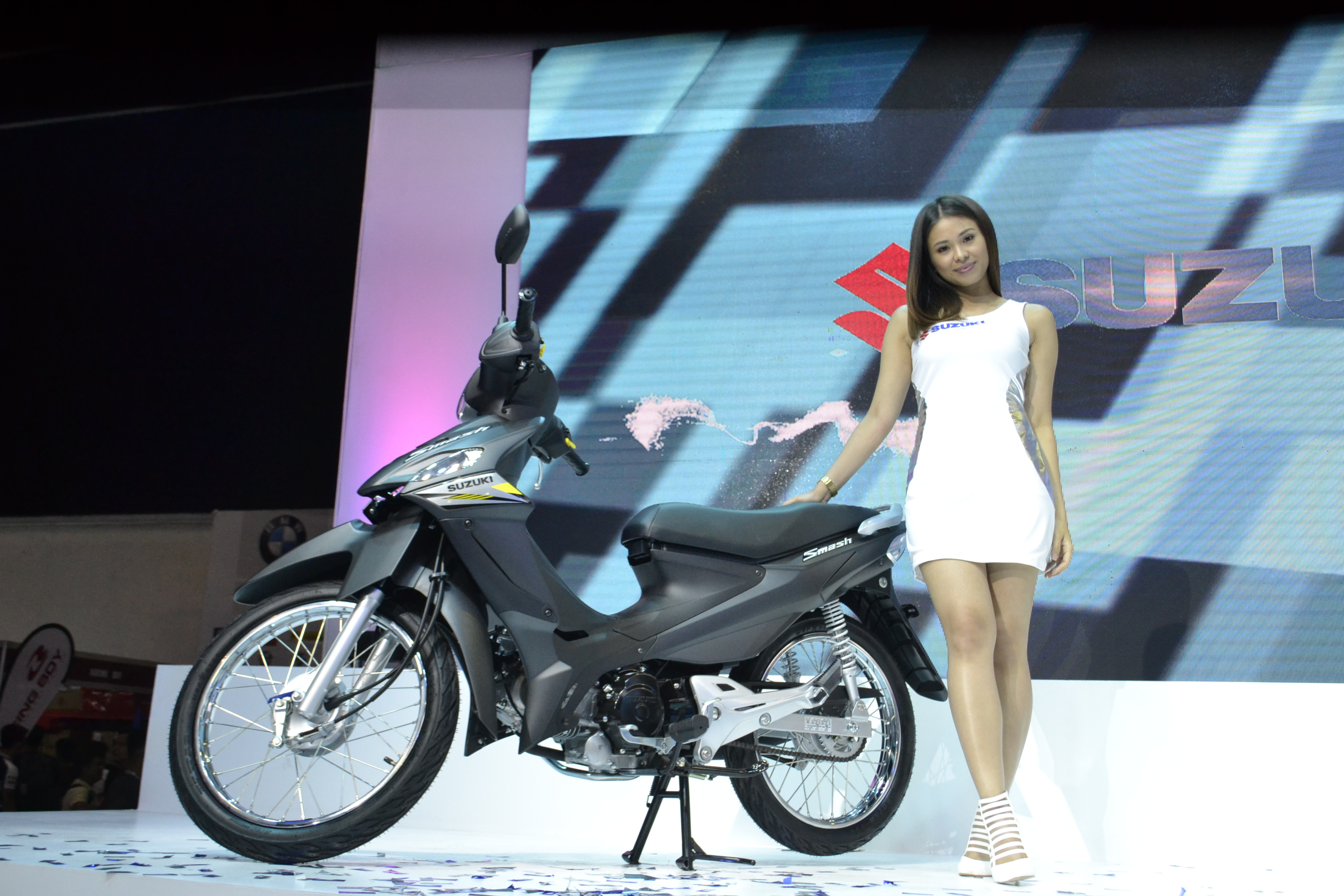 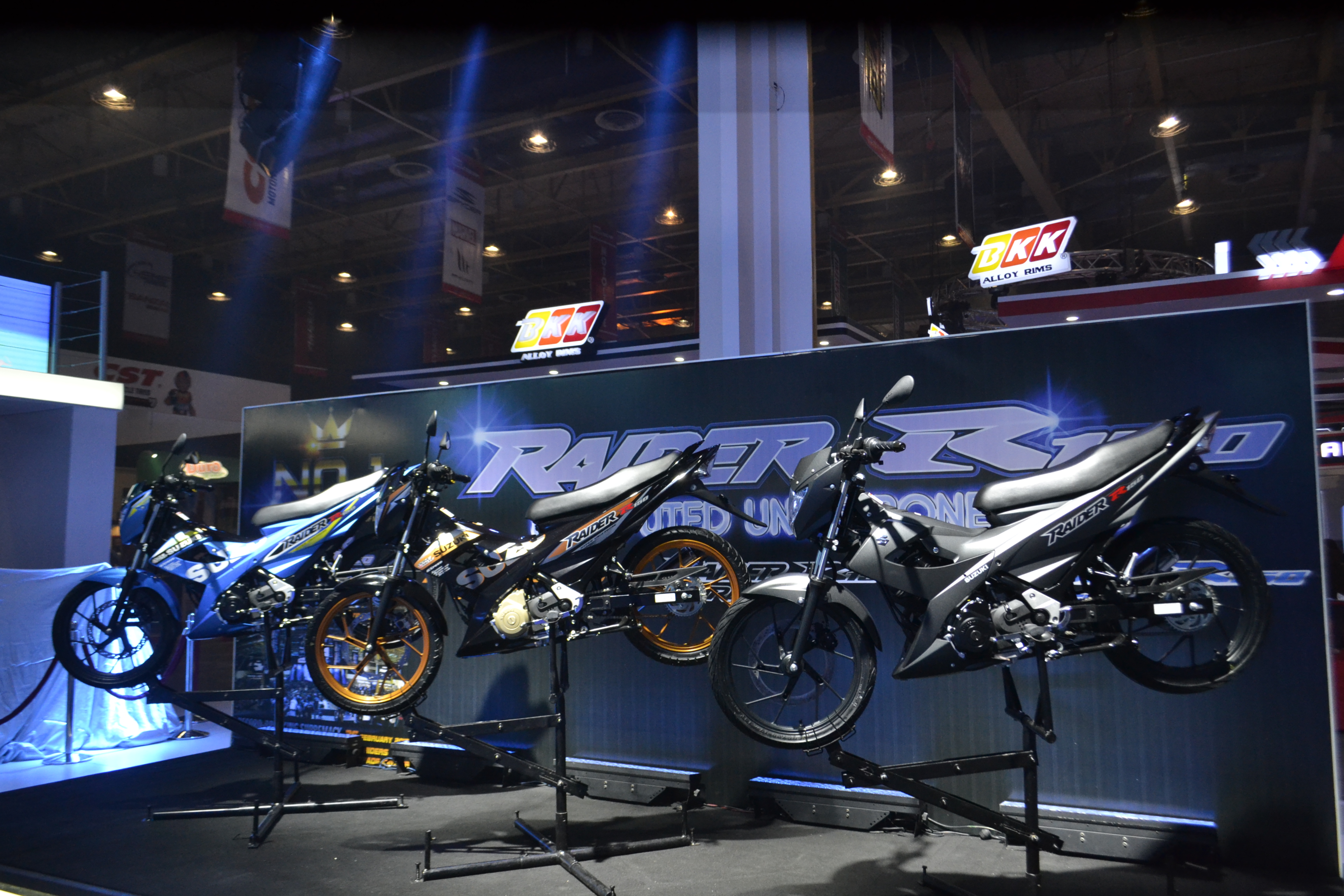 The Raider R150 hailed as the Underbone King

Suzuki completed the excitement with the presence of Suzuki ladies who were all around the hub to assist the guests while the lovely Ms. Dianne Medina and Ms. Roxee B. hosted during the Suzuki segments. Suzuki President Mr. Hiroshi Suzuki also gave a very entertaining dance number with the Whiplash. 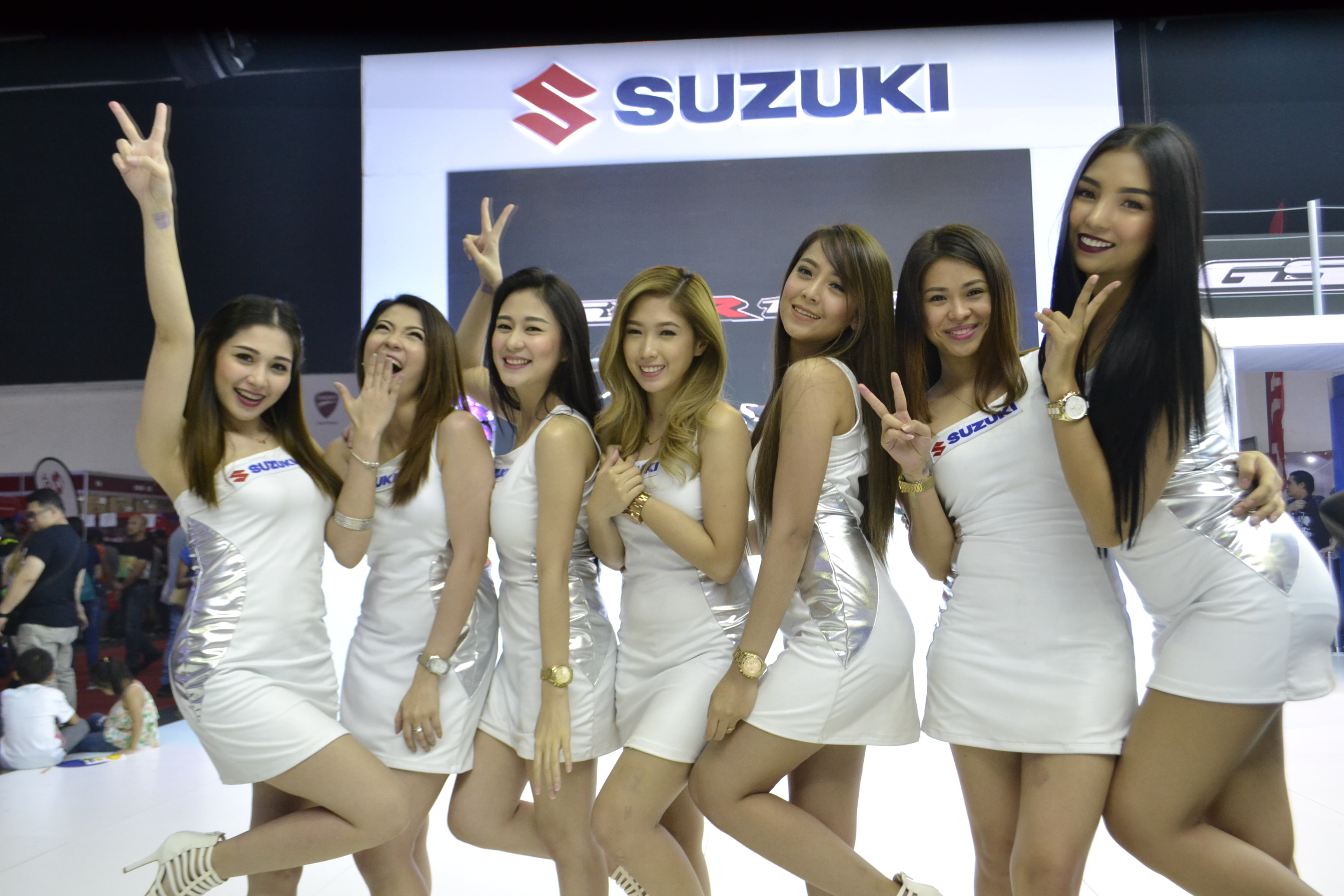 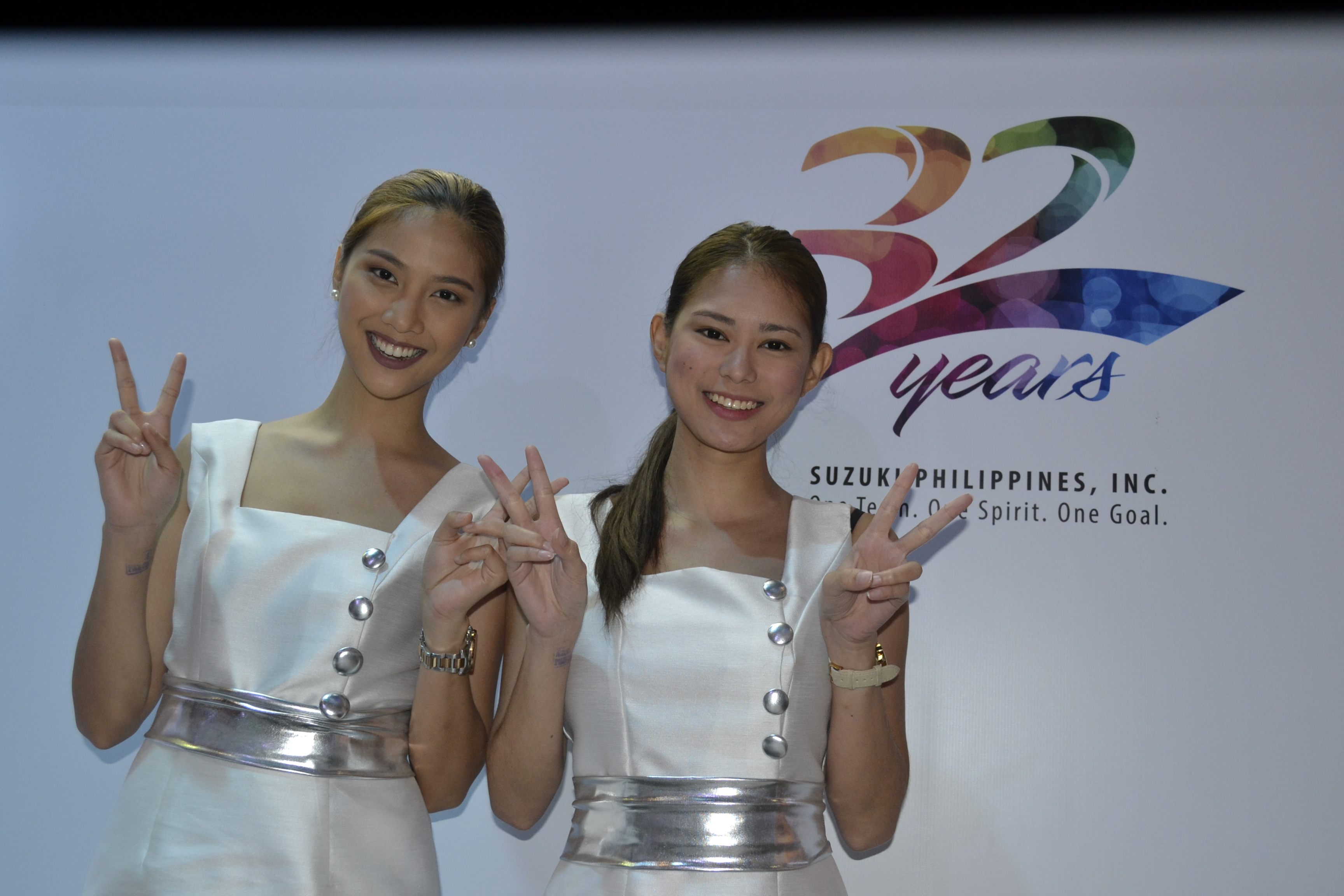 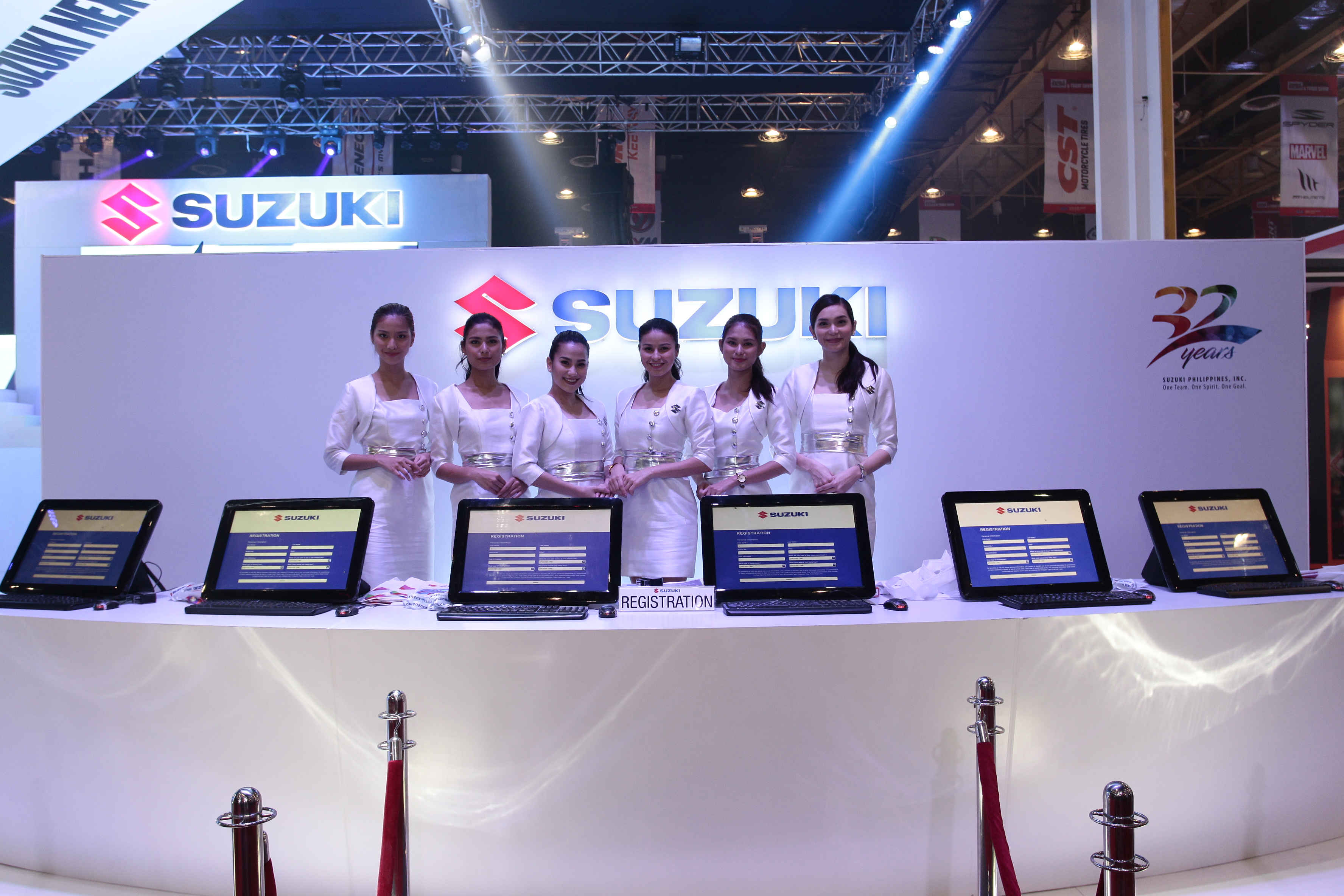 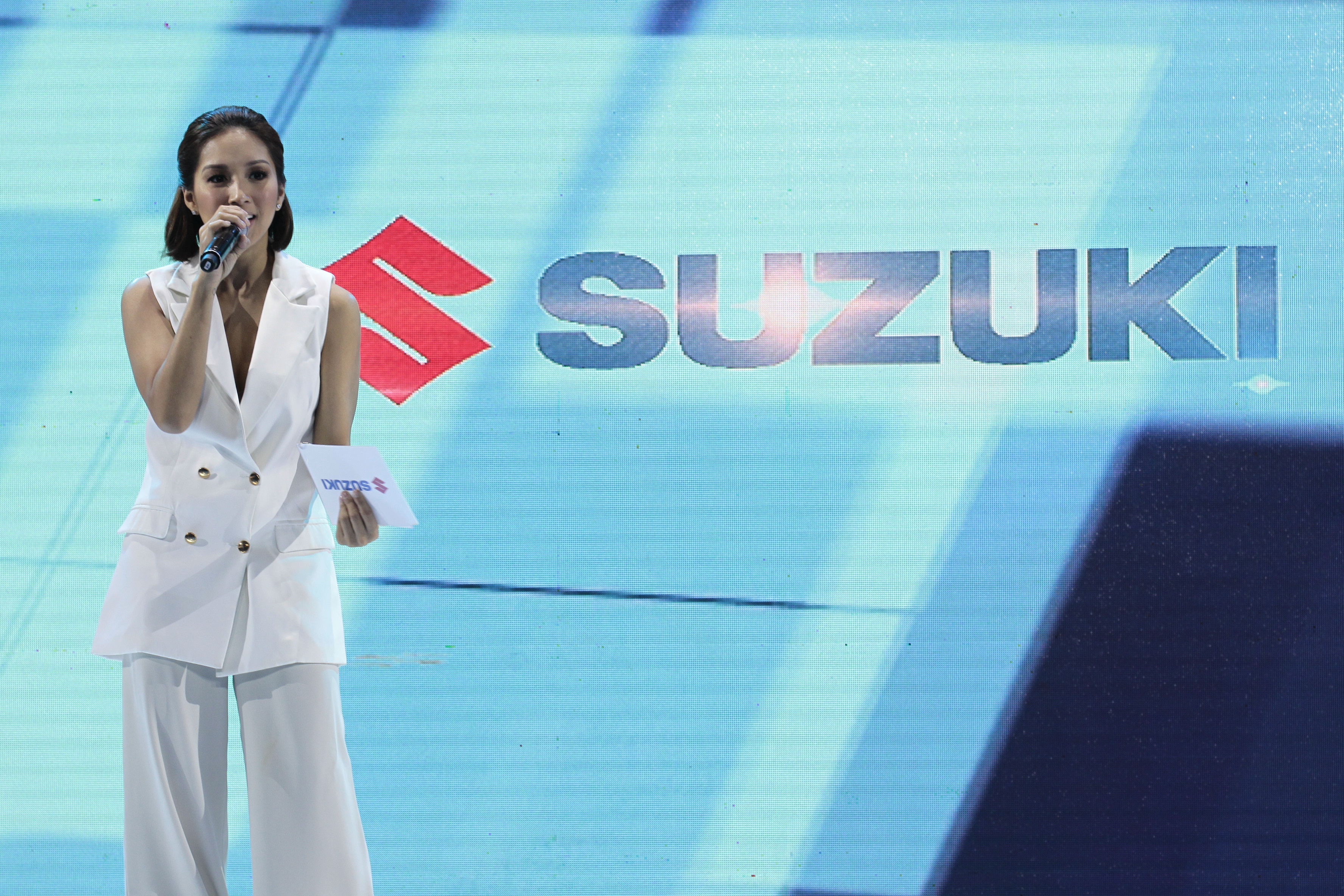 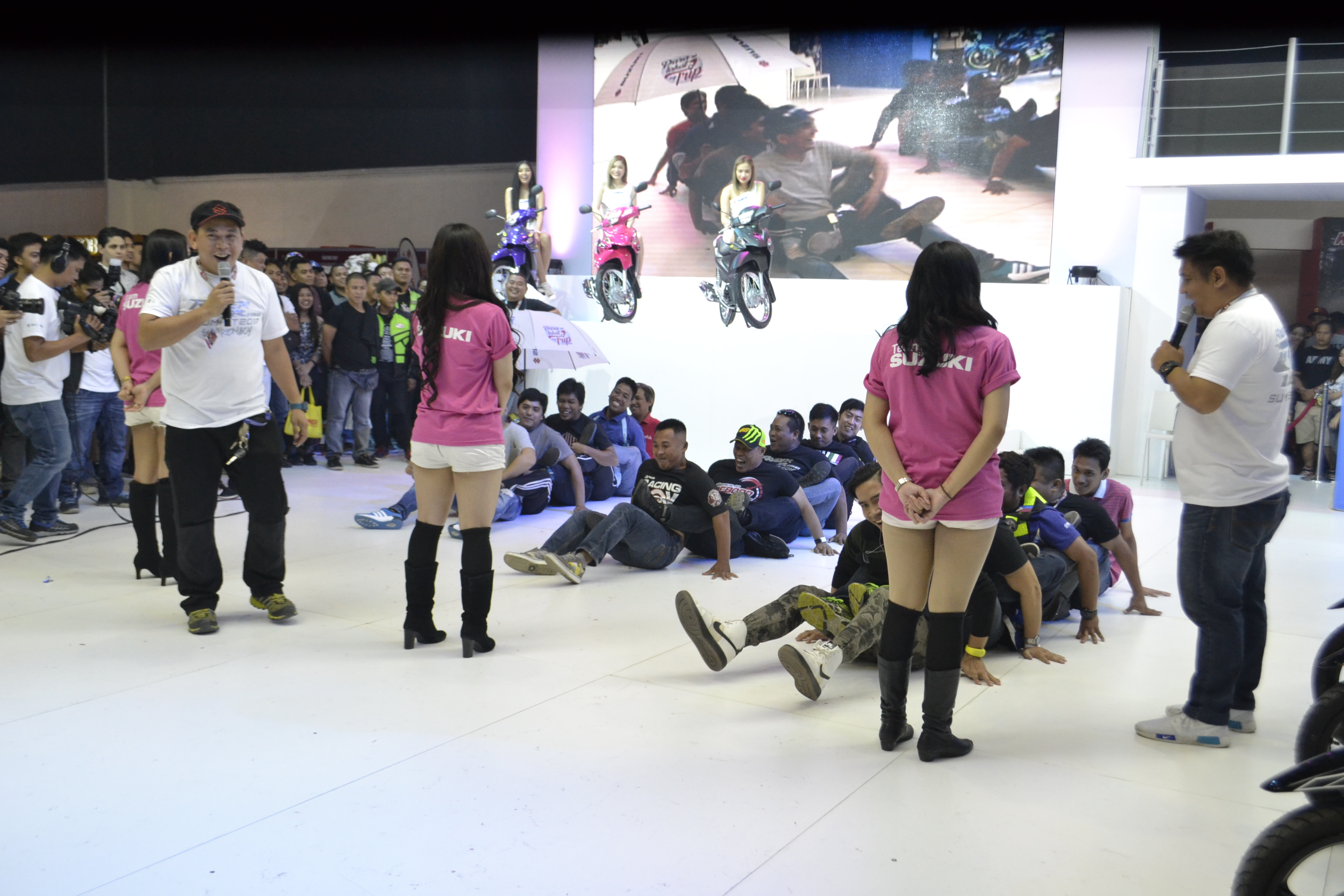 Fun games were held at the Suzuki Hub. Riders and spectators indeed had fun in the exciting games prepared by Suzuki Philippines. 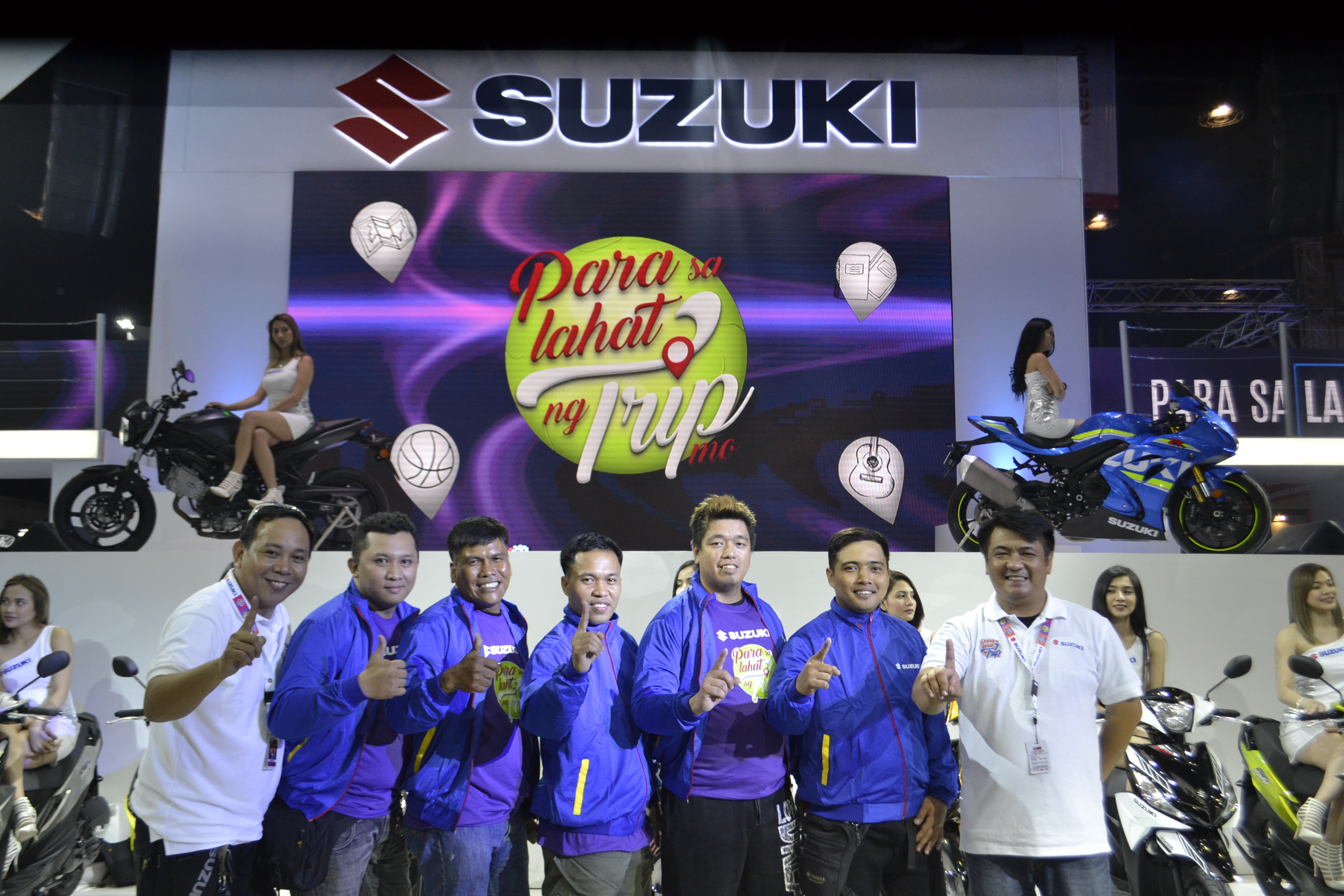 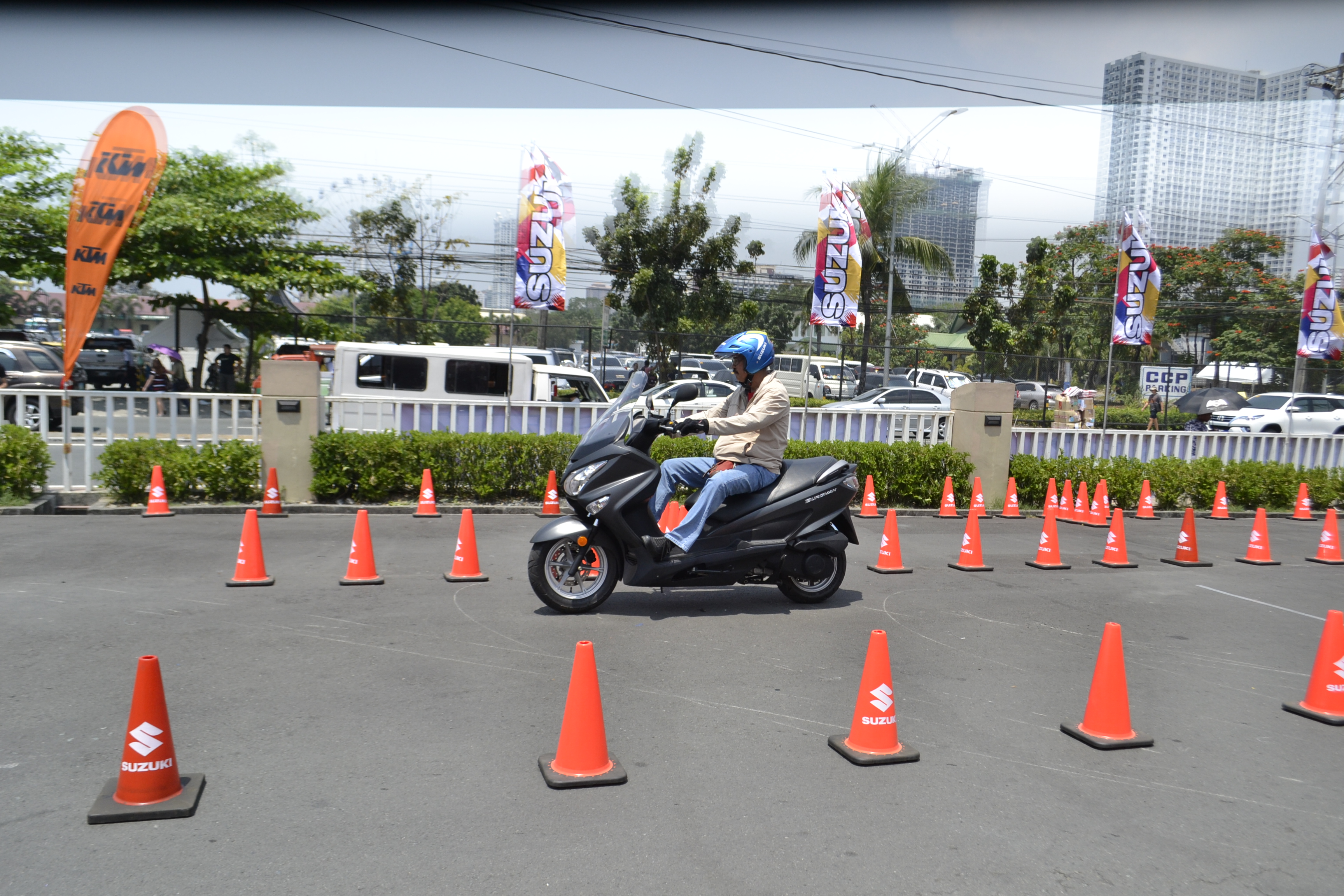 Outside the World Trade Center, Suzuki motorcycles were available for test ride