THE YAMAHA TRICITY GRAND LAUNCH: LEAN TO A NEW TREND

Yamaha Motor Philippines, Inc. (YMPH) concluded its 2-day Grand Launch Extravaganza of the Yamaha Tricity at the Mall of Asia Concert Grounds last January 24-25. The new standard city commuter has finally arrived in the country and it will make you Lean to a New Trend. Hundreds in attendance experienced the Yamaha-exclusive LMW Technology or Leaning Multi-Wheel which allows two independent front wheels to adjust to different road conditions.

Pound-for-pound host Rico Robles and the stunning Karen Bordador kicked off Day 1 with an energetic show around the venue. A European atmosphere greeted the guests as the Yamaha Tricity displays were themed with backdrops of London’s Big Ben and Paris’ Louvre. It was the perfect setting for everyone to have their photos taken showing a different continent.

Then it was off to the Rev Station where Yamaha’s state-of-the-art innovations come to life. This is where Justin Quirino was waiting to take guests around the area. After learning more about the Rev Station and its products, it was time for guests to be briefed about the test ride course where they can take the Yamaha Tricity for a spin. After putting on safety gears and an evaluation of their riding skill, those who were cleared headed on to the customized track that featured ramps, speed bumps, wet spots and different road surfaces to showcase the abilities of the Tricity. 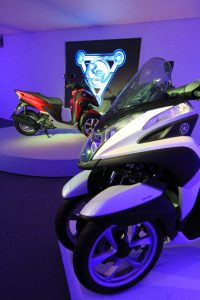 The first day was attended by over 500 Yamaha Club riders and enthusiasts who wanted to try out the Tricity. There were also some fun side activities, raffle draws and performances by Pretty Young Thing to entertain the crowd.

Day 2 was made even bigger with the arrival of popular personalities who tried out the Tricity for themselves. Starting off the activities for the day was a performance by the Philippine All Stars. It was followed by a press conference in the venue’s Tricity Café. YMPH President, Mr.Toru Osugi, spearheaded the contingent of executives that also included Sales and Marketing Director, Mr. Kaoru Ogura; Sales General Manager, Mr. Romeo Tan; and Marketing Section Manager, Mr. Ryan Jude Camus. 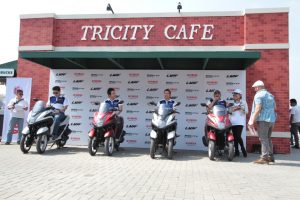 Matteo Guidicelli and Jessy Mendiola joined the fun and tried out the Yamaha Tricity. They shared their experience to the crowd as they eagerly answered questions about their ride. Afterwards, Jessy gave an outstanding song performance on stage. 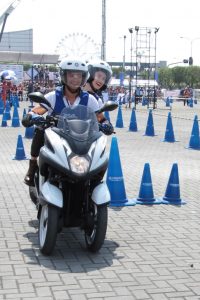 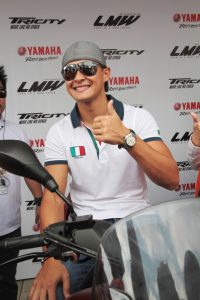 Then it was the turn of Alexander Diaz, Gaby De La Merced, Gretchen Ho and James Reid. They were all smiles when they felt the difference of the LMW technology as it adjusted to different road conditions. Heartthrob James Reid serenaded the crowd after his joy ride with his own rendition of “Rude” which was met by screams from an adoring audience. Capping off the celebrity riders was power couple Iya and Drew Arellano who rode in tandem for a sweet stroll with the Yamaha Tricity. Each was impressed with the unit’s unique handling especially when it adjusted to different road conditions in the track. It was truly an exclusive feeling that would fit any of their lifestyles with a touch of modernity and elegance. 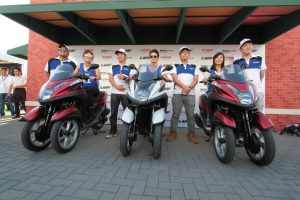 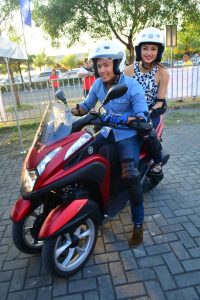 Aside from the celebrities, the track also featured the best in the country, the YGP riders who competed in the recently concluded Yamaha ASEAN Cup. They showcased the full potential of the new unit by maximizing their run on the track.

As the day reached its conclusion, the country finally learned how to Lean to a New Trend. Personal mobility has changed forever with the arrival of a new standard city commuter. The roads will never be the same. The ride will continue to ignite passion. The Yamaha Tricity will make you Move Like No Other. 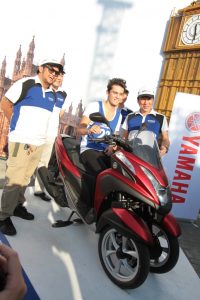