4S1M-Sum Racing’s Herbert Lopez endured the challenge of three Yamaha-Spec V riders in the Super Underbone class of the Shell Advance Super Series Nationwide Championships which had its second round, the Pampanga GP, on May 22 at the Clark International Speedway. The 8-lap race saw a lot of lead exchanges between three riders and it was Lopez who prevailed in the exciting battle enjoyed by great fans. Yamaha-Spec V riders John Emerson Inguito and Masato Fernando finished second and third while their teammate James Mendez ended up at fourth place. 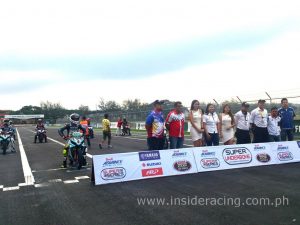 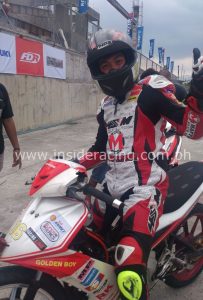 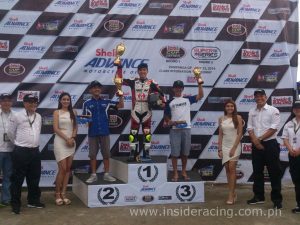