No more than a year ago, the Philippines witnessed the legend, Valentino Rossi,   newest teammate, Maverick Viñales – a tandem that proved to be formidable in the MotoGP. After a season together, they kick off their newest campaign with a trip the Philippines. The sunny climate, warmth of the locals, and relentless support of Filipinos are a welcome boost. 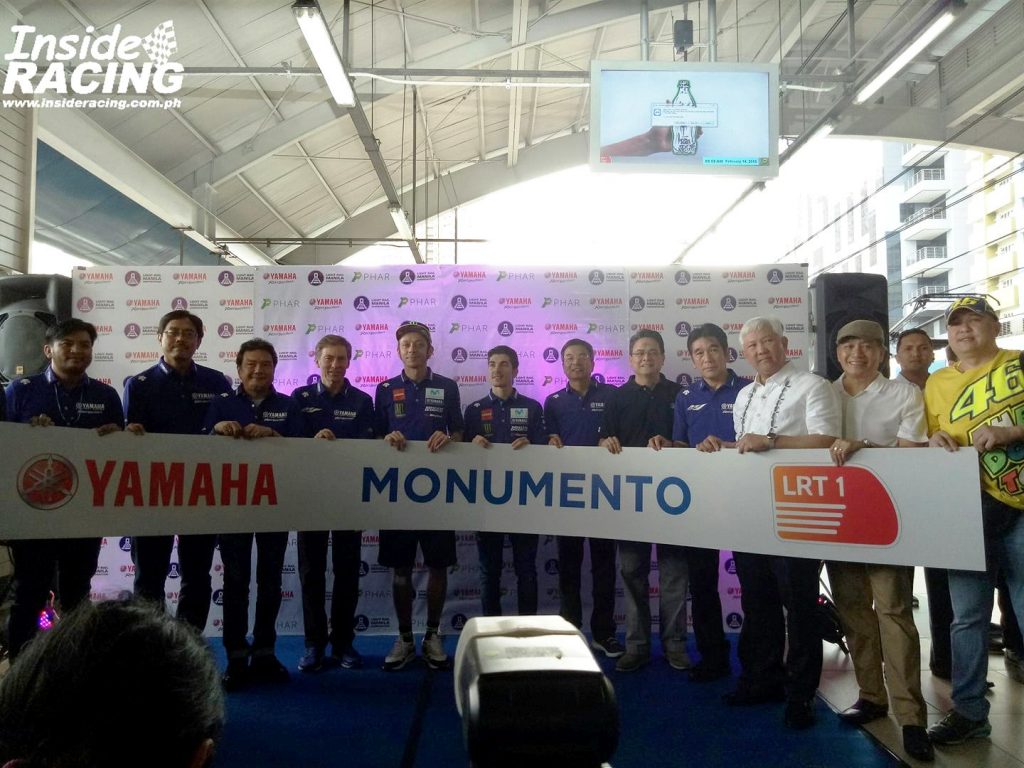 Their first stop is the newly-minted “Yamaha Monumento Station”. It’s fitting that Yamaha’s most influential racers introduce this landmark of passion. This is the first ever Yamaha train station, an icon for inspiring passion in every Filipino. Their visit may be brief but it won’t be easily forgotten. They leave behind their own “Yamaha Star” and can be seen by anyone who goes to the station.

Next, the 2 racers met with their legion of fans at the 10th Avenue in Caloocan. It was a Yamaha festival that covered over three blocks and welcomed all kinds of riders, enthusiasts, and admirers. “The Doctor” and “Top Gun” were showered with love on Valentine’s Day from loyal fans. They gave love back by giving a special recognition to the Yamaha Grand Prix riders who won the overall social media votes in Luzon, Visayas, and Mindanao, as well as the Wild Card entries. They also gave away signed t-shirts, and enthusiastically answered questions from their audience. 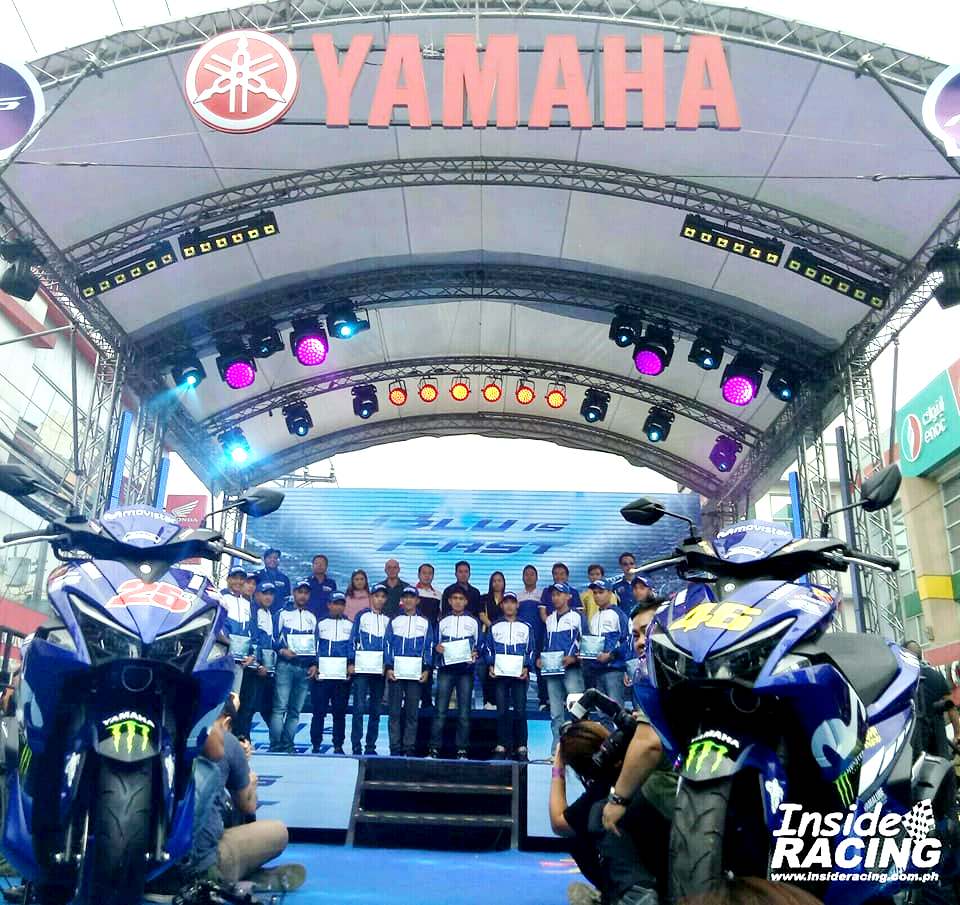 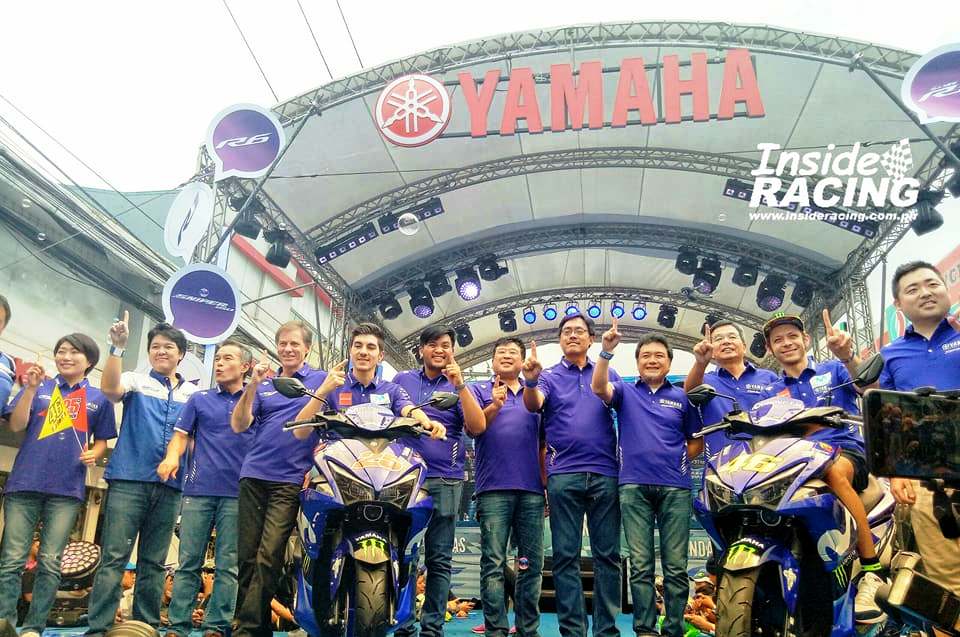 After enjoying some time with their fans, Valentino Rossi and Maverick Viñales went to the Seda Hotel in Vertis North for their press conference. This was also the venue where they met with dealers of Yamaha and shared their own thoughts about the different products of Yamaha and how the brand fuels the dreams of future riders in the country. 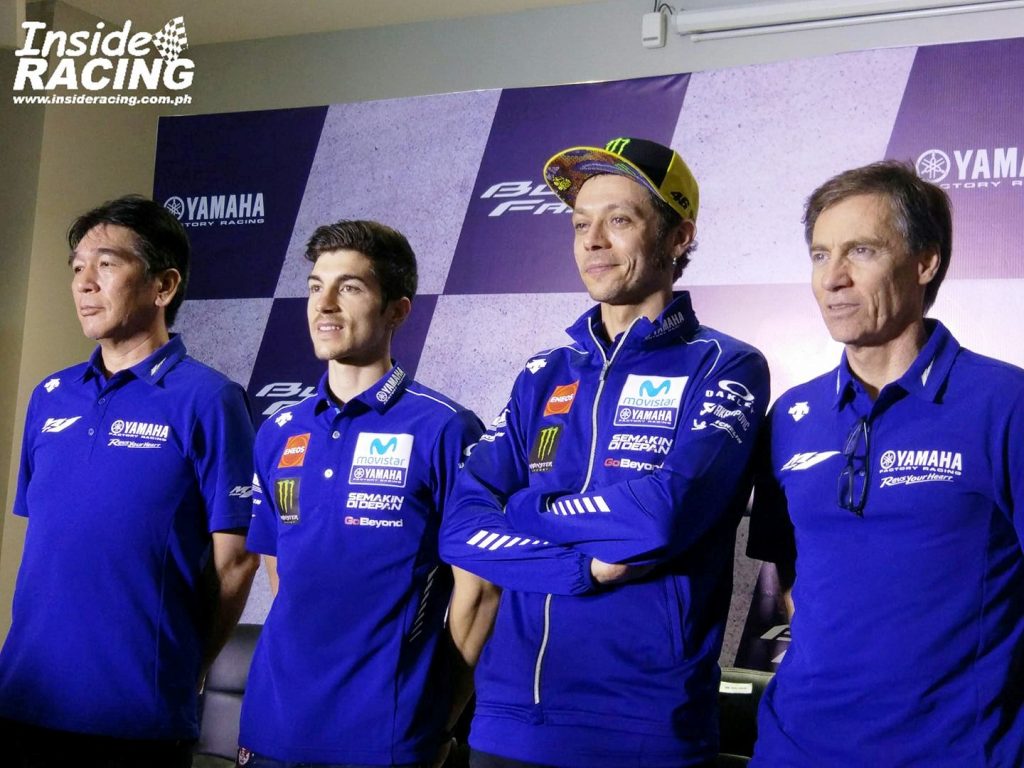 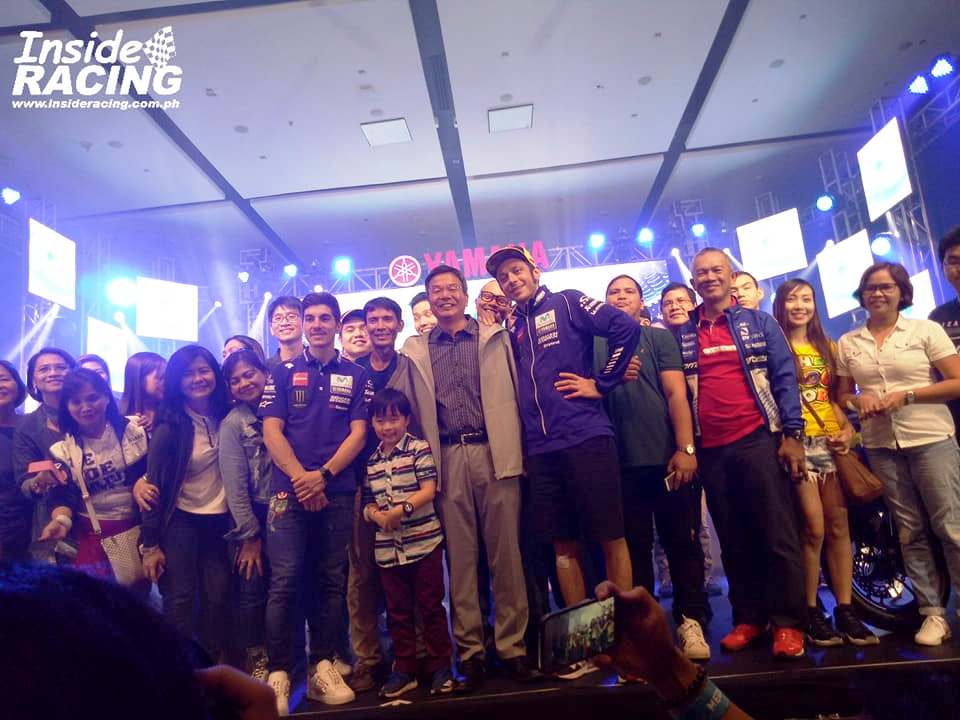 Rossi and Viñales with Yamaha dealers

It was a long day for both but it was full of joy and passion. No doubt, it will be a cherished experience, one that they carry in their hearts as they begin a new chapter of the MotoGP season.

But the departure of the riders was only the halfway point of Yamaha’s Time 2 Rev. Yamaha introduced its latest campaign “We are Mio” spearheaded by their Automatic Motorcycles. The All New Mio Sporty, Mio i 125, Mio Soul i 125, and Mio Aerox aren’t just machines, they are vessels that represent the culture of riding, where you never go off trend no matter your age. Each AT is represented by Miollennials – Boy Band PH, Nadine Lustre, Matteo Guidicelli, and Drew Arellano. They embody passion for riding in every kind of lifestyle. 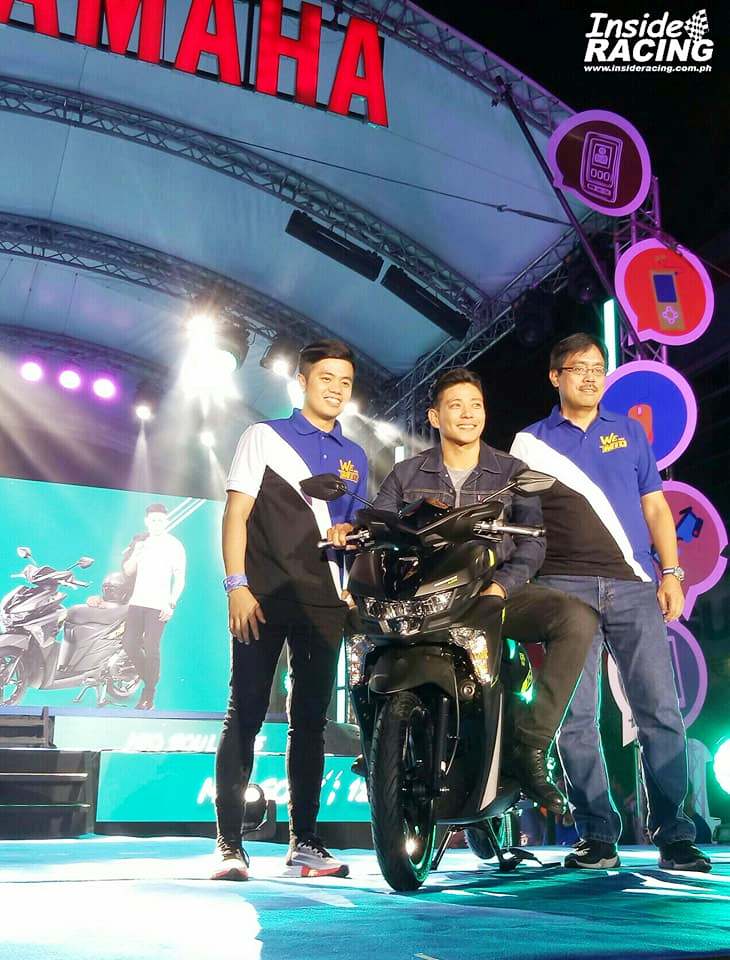 Drew Arellano, the ambassador of the Yamaha Mio Soul i 125, with Mr. Alfredo Lejano and Mr. Toni Acuesta of Yamaha Motor Philippines 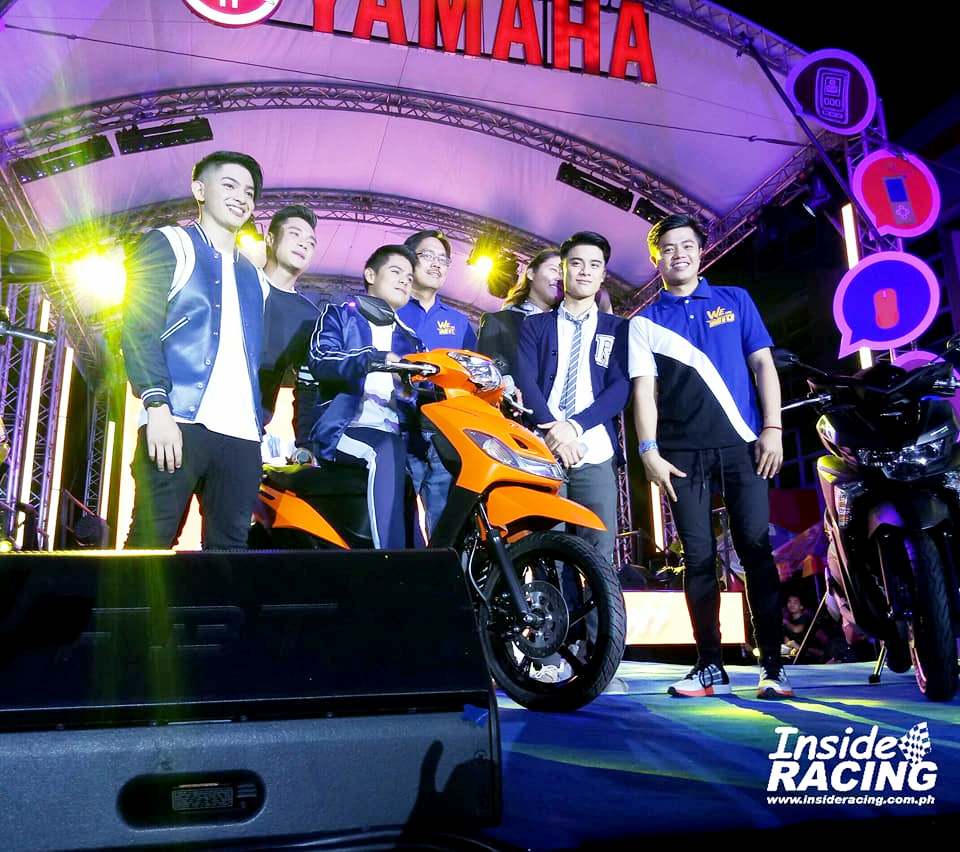 Boyband PH, the endorser of the new Yamaha Mio Sporty 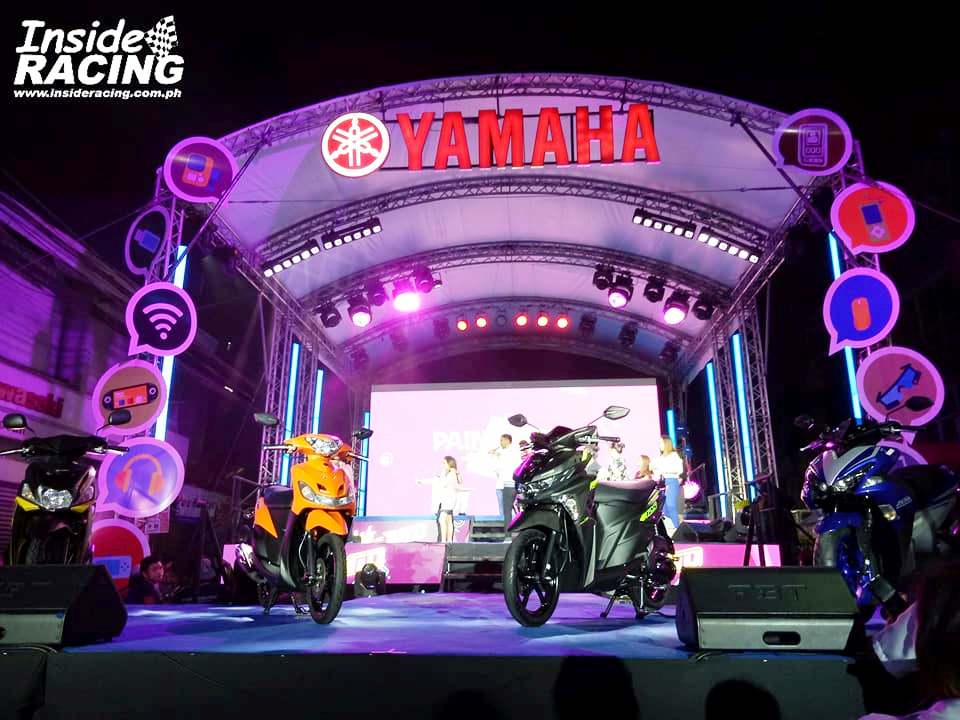 The campaign was introduced in the Seda Hotel for the Yamaha dealers. All of whom were whisked to Yamaha Monumento station together with the Miollennials. To culminate the activity, it was a party at the 10th avenue for all in attendance. It was the first public introduction of the campaign and its ambassadors. The main theme? To be unstoppable with the Yamaha Mio.

An entire day was dedicated to enriching the love for riding. It was valentines after all, and all forms of affection was welcome on a day. For Yamaha it wasn’t just about the motorcycles, the riders, the ambassadors, it was all about revving your heart.