Honda Philippines, Inc. officially sends off international rider Troy Alberto to Idemitsu Asia Talent Cup (ATC) and the Honda THai Talent Cup, premier international races in the Asian region that use the Honda NSF250r, a bike made especially for racing.

The send-off event coincided with the grand opening of the Flagship Shop in Makati City, one of Honda’s latest shops in the country. It gathered HPI executives, as well as bike enthusiasts to promote racing in the Philippines.

The only Filipino selected to take part in ATC, ALberto completed a series of try-outs last August 2017 and begun with test races in Malaysia last February 19 to 20. The race, which will run for several moths, will have six rounds and will be held in various locations including THailand, Japan, and Qatar and will begin on March 16.

Alberto also qualified for the Thai Talent Cup, and will begin competing in April. The races aim to hone racers that will eventually compete at the MotoGP.

Daiki Mihara, president of Honda Philippines, said Honda has always been dedicated to helping develop and cultivate talents from the local racing scene. “We believe in helping young, talented racers like ALberto by providing them a training ground to hone their skills and proper them to the most prestigious internation competitions,” Mihara said. 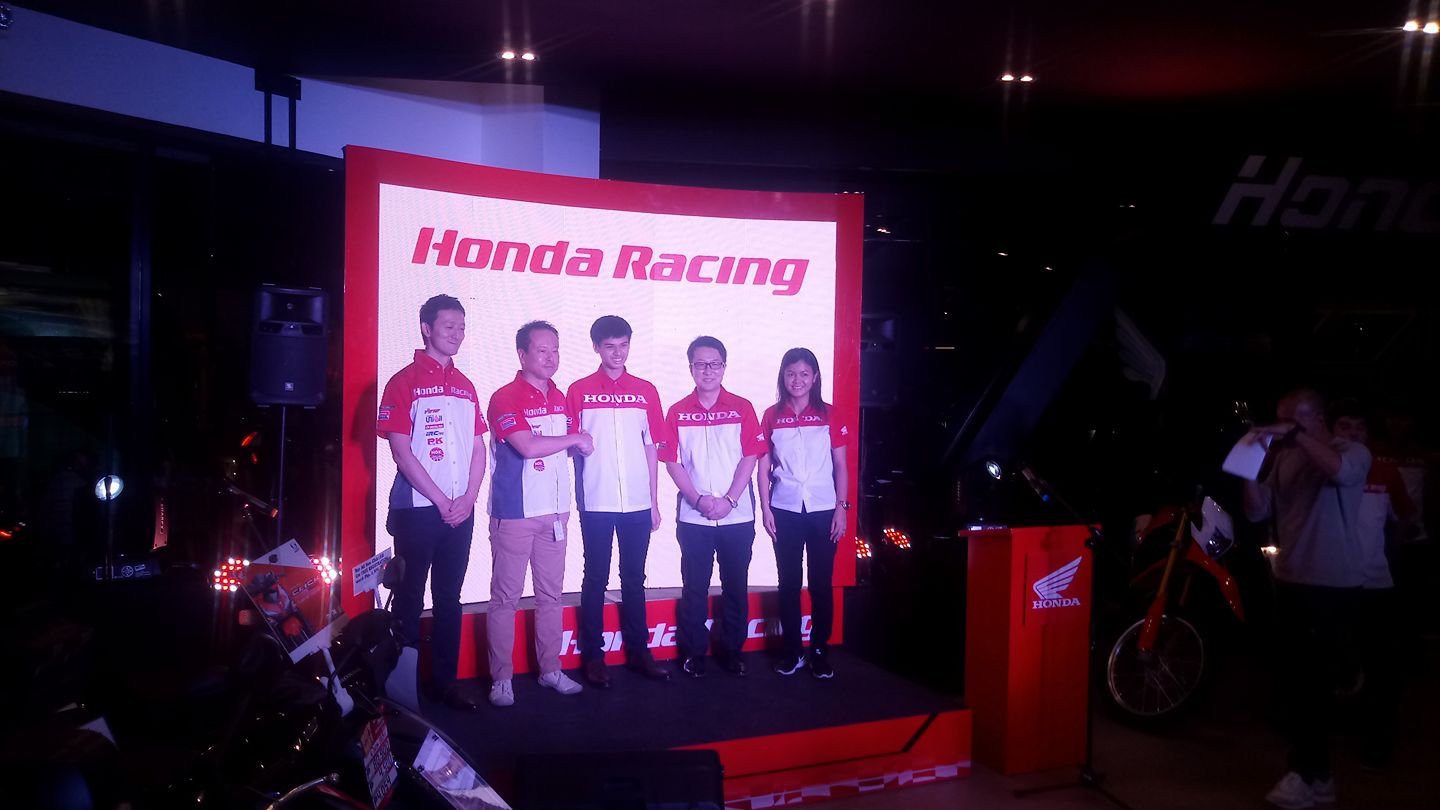