Strengthening its commitment to the Philippines, Royal Enfield introduced models that are set to disrupt the mid-weight segment in the country. The all-new Continental GT 650 and Interceptor INT 650 were launched to an excited crowd in Makati on February 19. These two motorcycles bring back “Twin Fun” after 50 years to the Philippines. 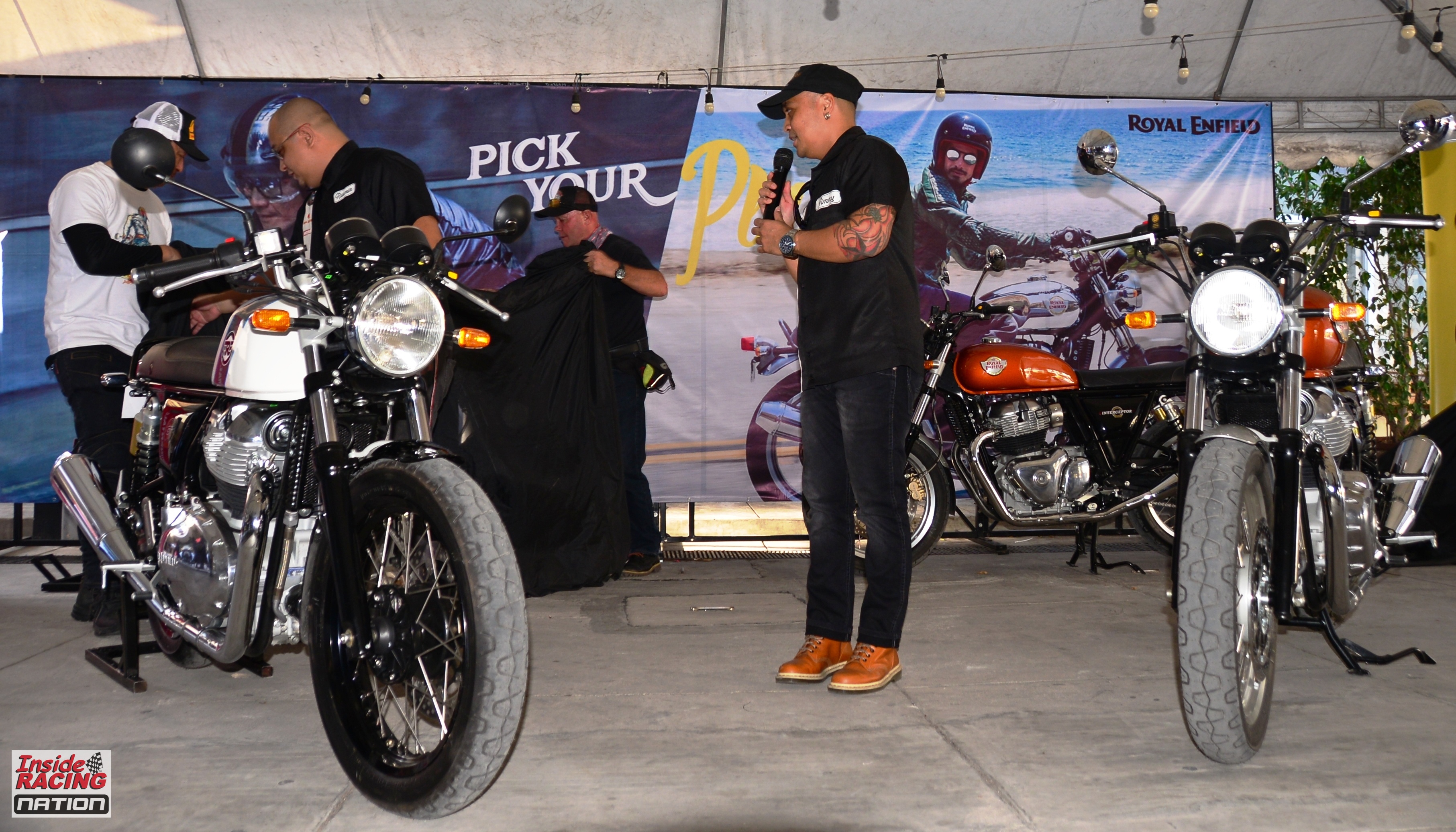 Authentic in inspiration and modern at the core, the new motorcycles mark the beginning of a new chapter at Royal Enfield  which already had a storied 117-year history of motorcycle production. Royal Enfield states that the Interceptor INT 650 and Continental GT 650 are their first global line of products that will play a strategic role in expanding the mid-weight segment.

Developed jointly by Royal Enfield teams located in India and at its technical center in UK, the Interceptor INT 650 and Continental GT 650 despite their links to the past are entirely new motorcycles from the ground up.

The Continental GT 650 is a sporty café racer that will appeal specially to sport riders with its optional seat, sculpted fuel tank, rearset footrests and race-style clip-on handlebars. Its ergonomics enable it to remain comfortable. 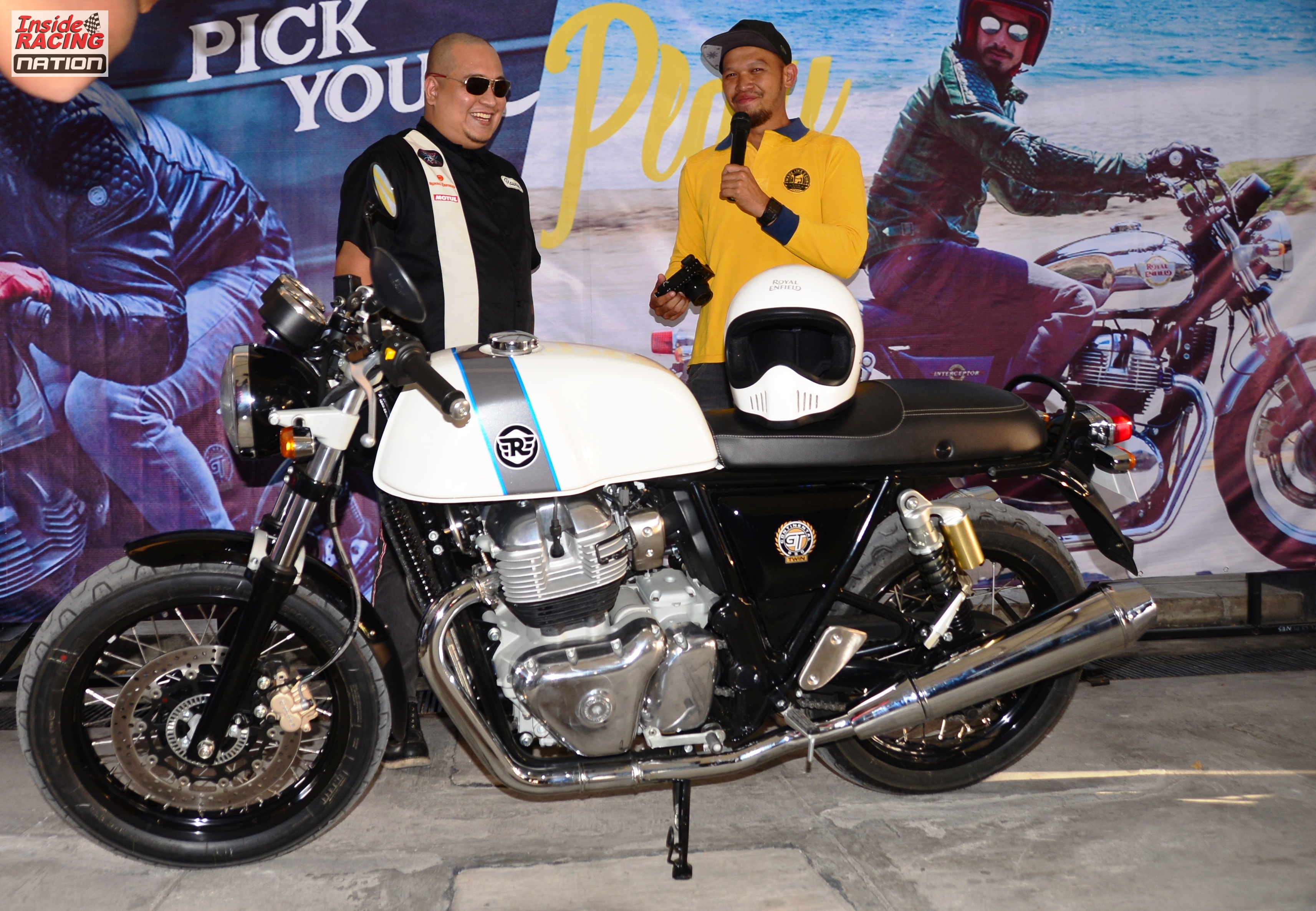 Comfortable an d commanding riding position make the Interceptor INT 650 both fun and practical on all types of terrain.  The Interceptor INT 650 harks back to the historic model after which it is named with its distinctive teardrop tank with traditional knee recesses, comfortable, quilted dual seat and wide, braced handlebars redolent of the street scrambler style that emerged in 60’s California. 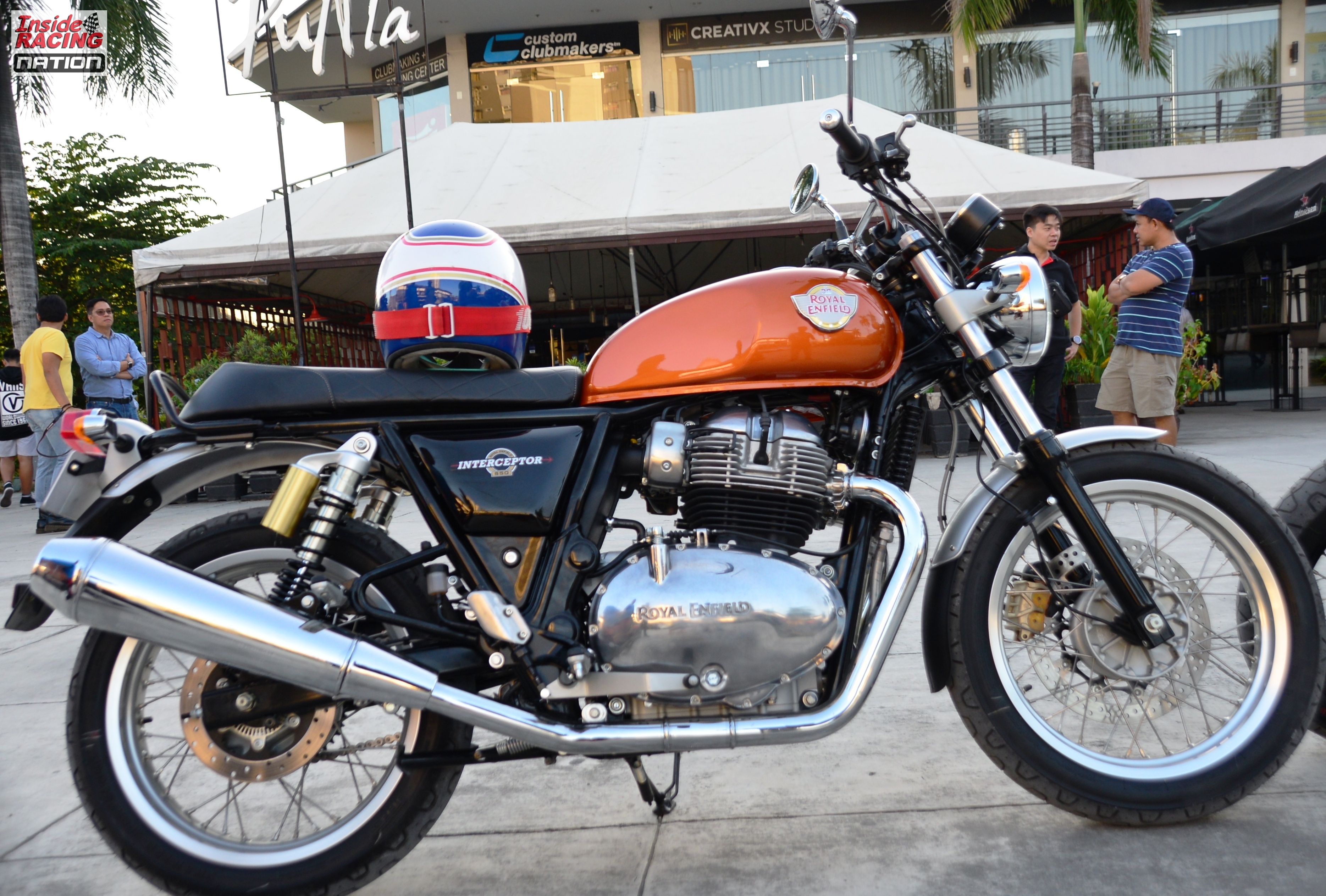 Beautifully executed and thoughtfully detailed motorcycles, the Interceptor INT 650 and Continental GT 650 can be had in Standard or Custom versions with a wide range of retro options ranging from special paint colors and pin stripes to retro-cool bar-end mirrors, optional fly screens and alternative finishes for items such as wheels, lights and suspension components. Royal Enfield’s new twins offer more than adequate 47 horsepower and their “ride-ability” lies in the way their torque is delivered seamlessly, and from low in the rev range – with 80% of the peak 52Nm torque delivered at 2500rpm – enabling smooth and steady process without the need for constant gear-changing. They also have an extremely agile chassis developed at Royal Enfield’s  UK Technology Center in conjunction with legendary sports bike frame builder Harris Performance.

Both motorcycles come with a range of Royal Enfield gear and apparel inspired by the 60’s. They also come with a suite of Genuine Motorcycle Accessories.

Here are their prices:

Don’t miss the  Interceptor INT 650 and Continental GT 650 this March 22-24, 2019 at the World Trade Center as Royal Enfield is part of the much awaited Thirteenth Annual InsideRACING Bike Festival and Trade Show. 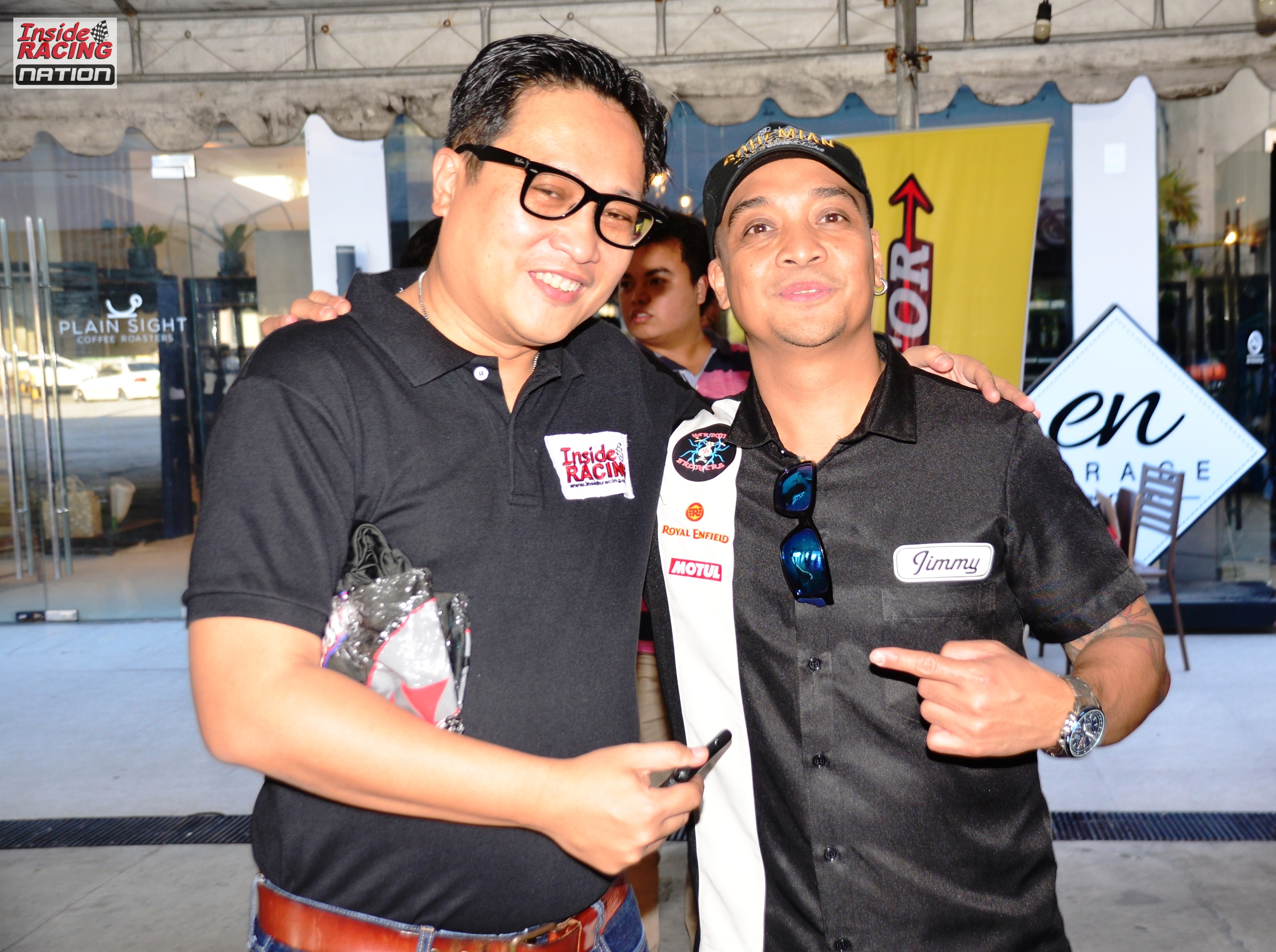