This Stance show scoot is from Team Graphter Philippines. The base bike is a Yamaha Mio Sporty 115 2013 model. It is owned by Ralley Briones Mantuano, a motor show enthusiast based in Lipa City, Batangas. 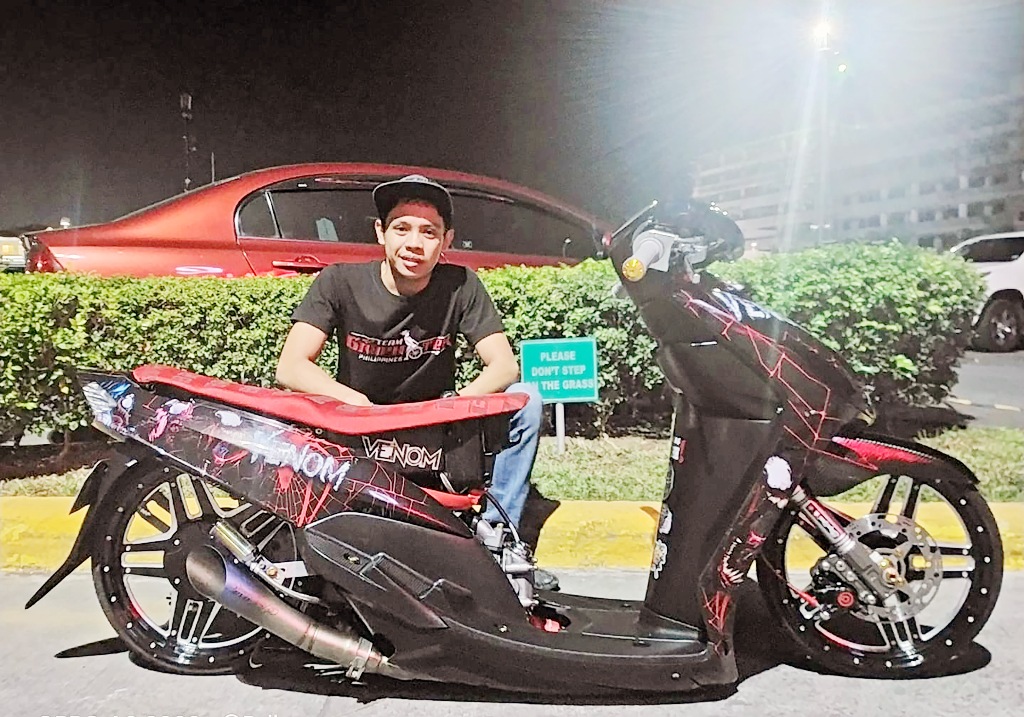 The bike is built around “Venom”, one of the famous characters from Marvel Universe. What makes this character such a crowd favorite is he is a complete badass. He is a character in conflict and is one of the fiercest villains for Spider-Man but at times, he is also fighting the bad guys, thugs and evil doers.  He looks big and scary – the perfect weapon against the forces of darkness/evil. The character offers a glimpse of a dark mirror of us and an escapist fantasy wherein you’re given a chance to be a monster, endowed with the power of an alien symbiote. Would you be bad, would you be good or both? It’s the constant struggle for balance that makes this character fascinating. 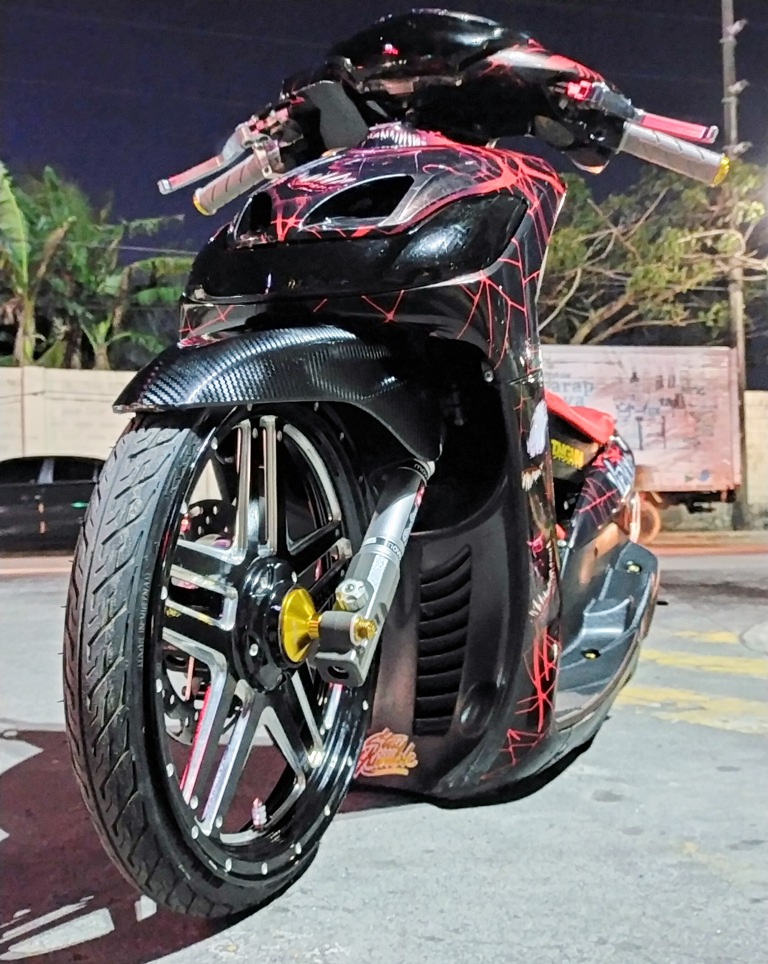 The Venom theme was brought to life with the killer graphics done by Ian Lester De Ramos. Rally was fascinated by Stance Culture and he loves the Venom character, so this bike is an amalgamation of both. Mark Alvin Rubion was the main builder of the stance scoot. Work on the bike was done gradually until it reached its current state. 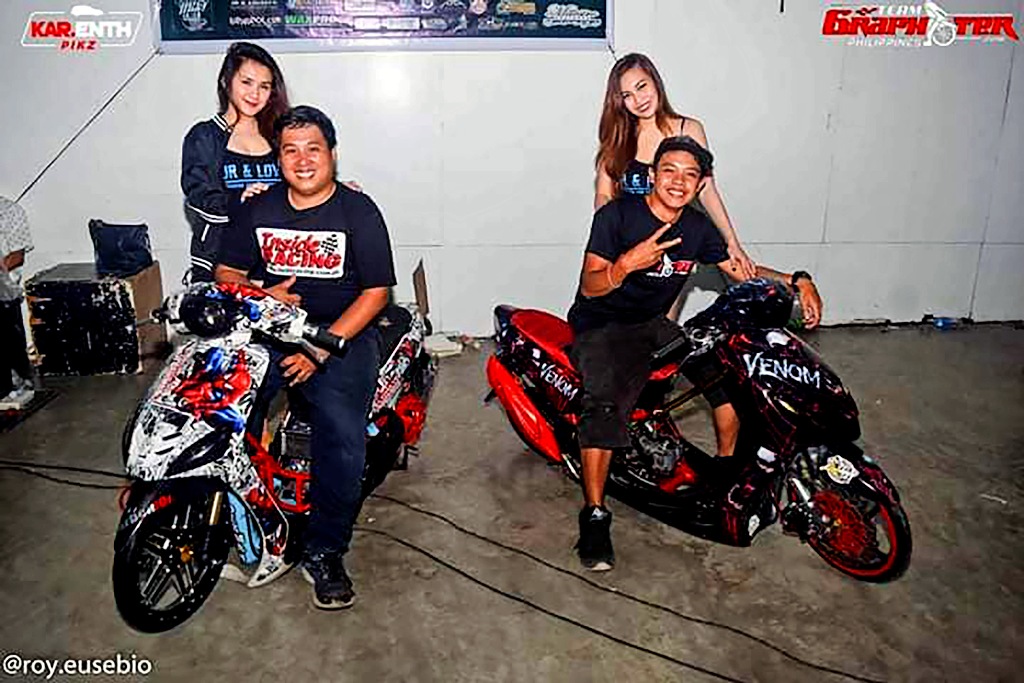 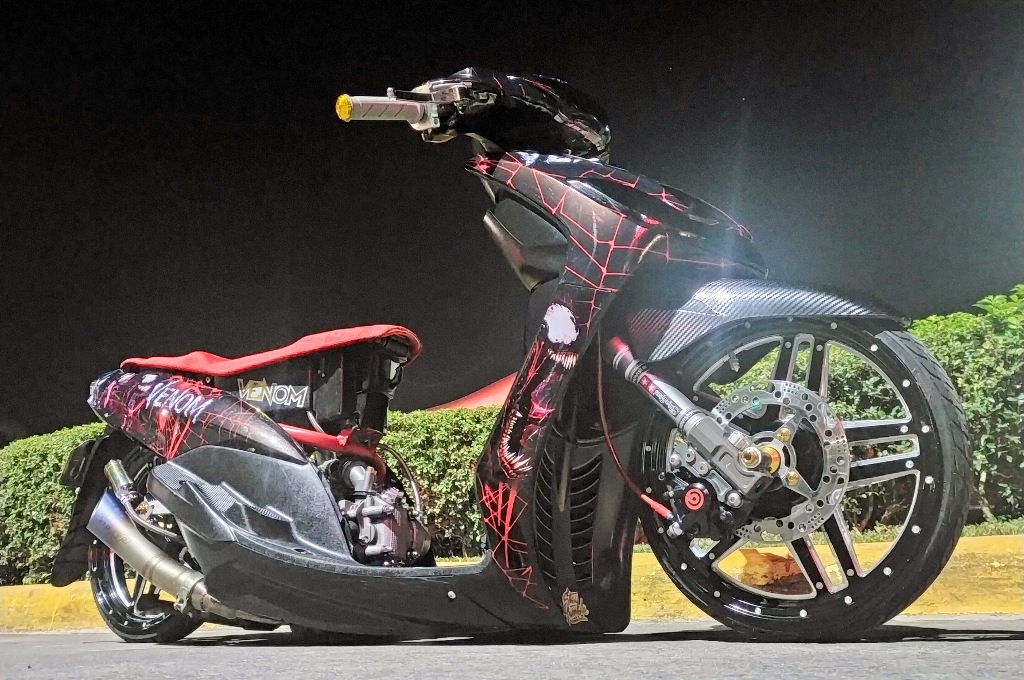 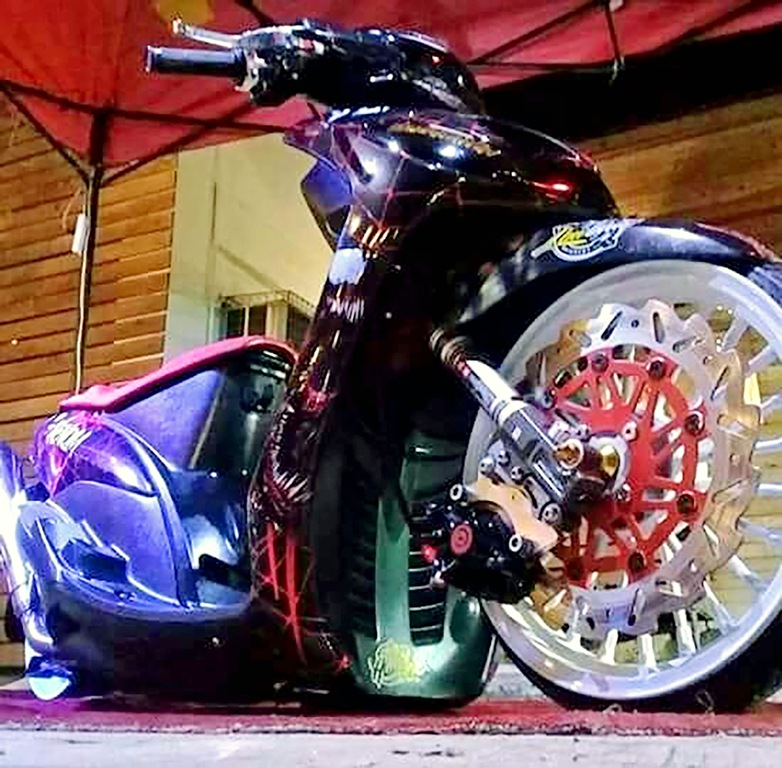 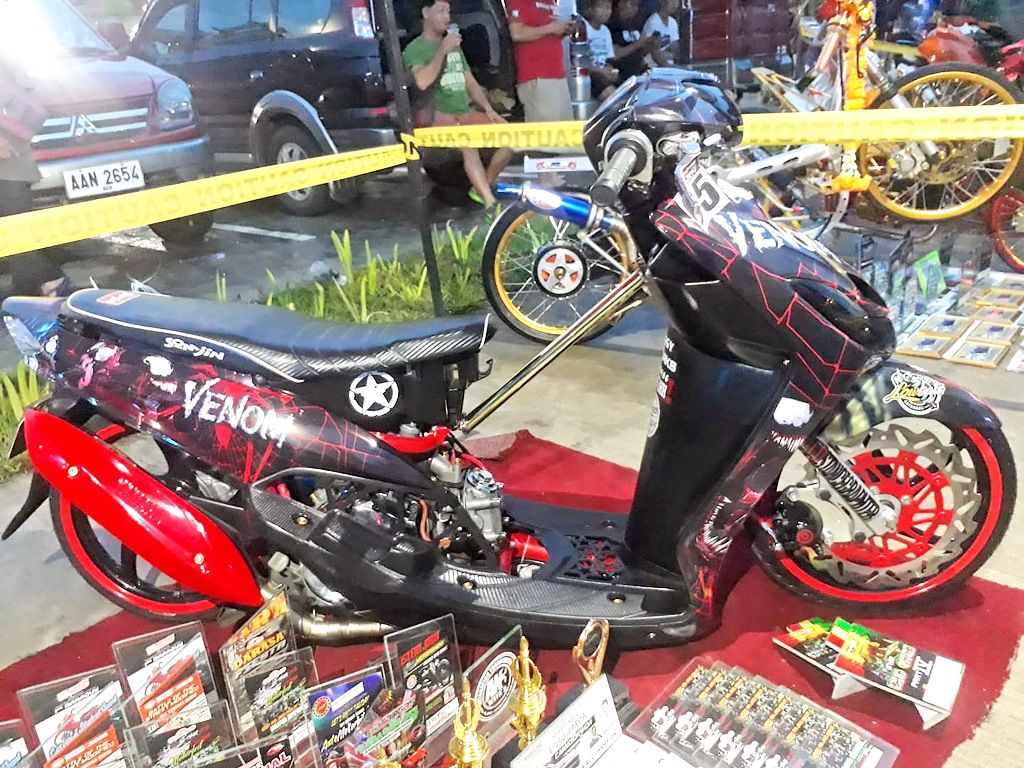 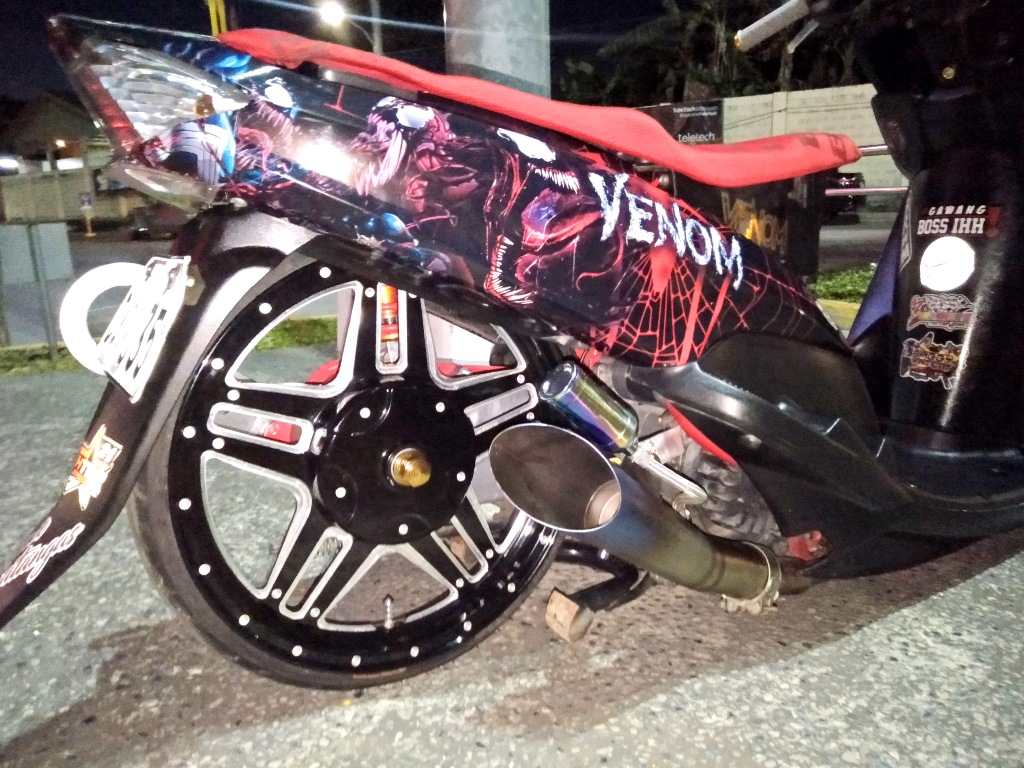 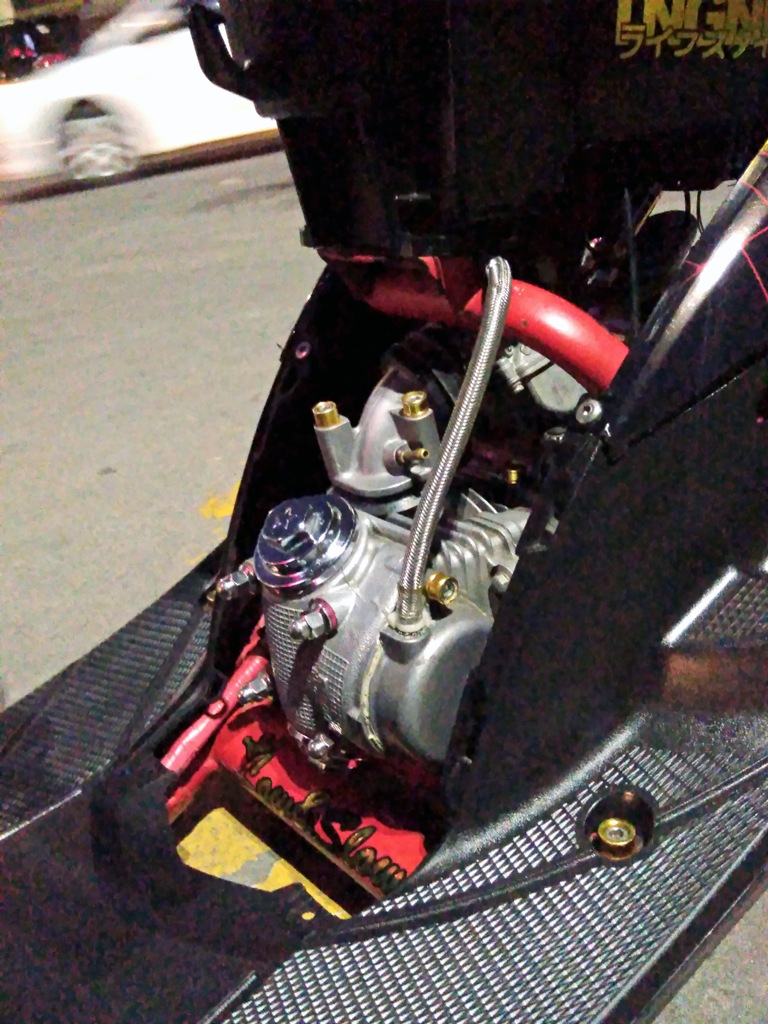 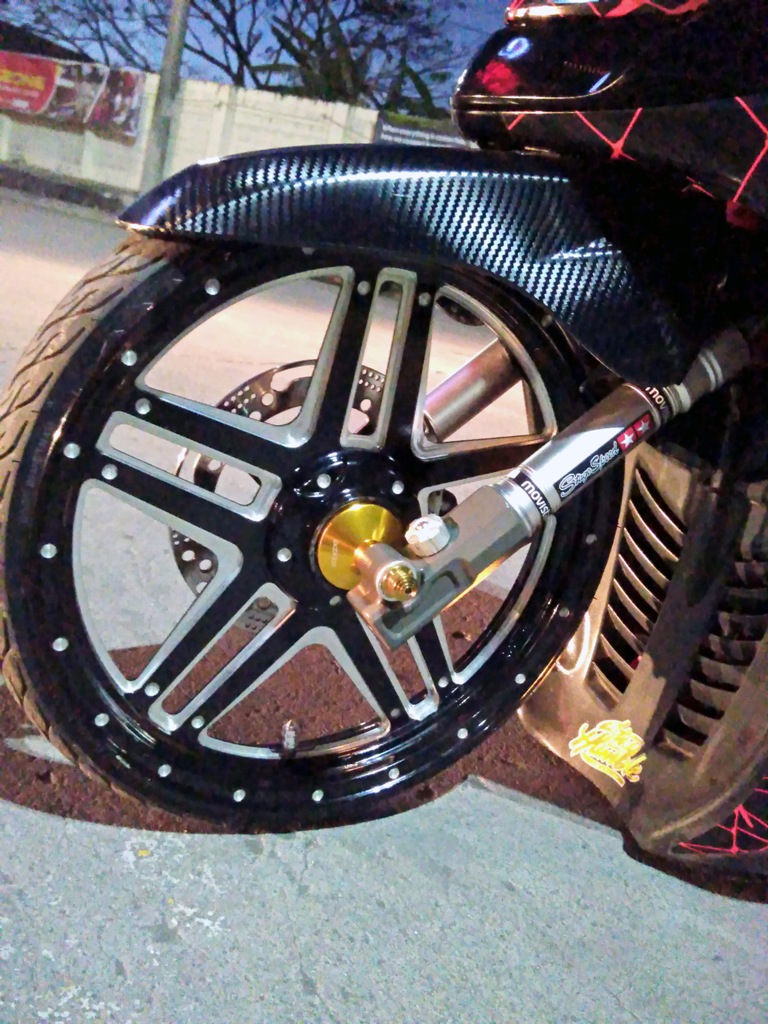 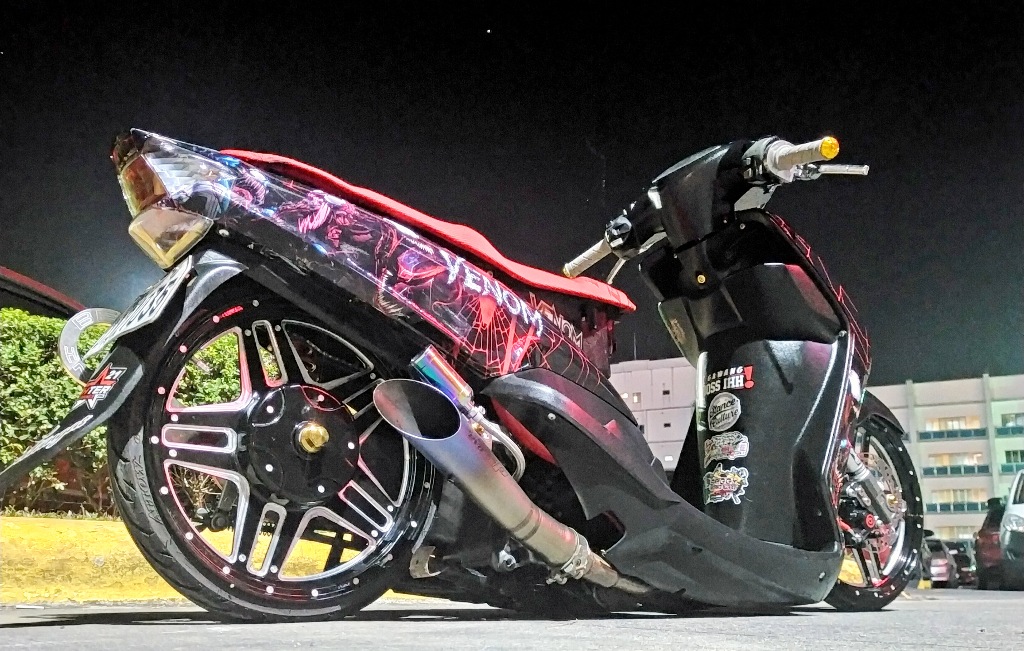 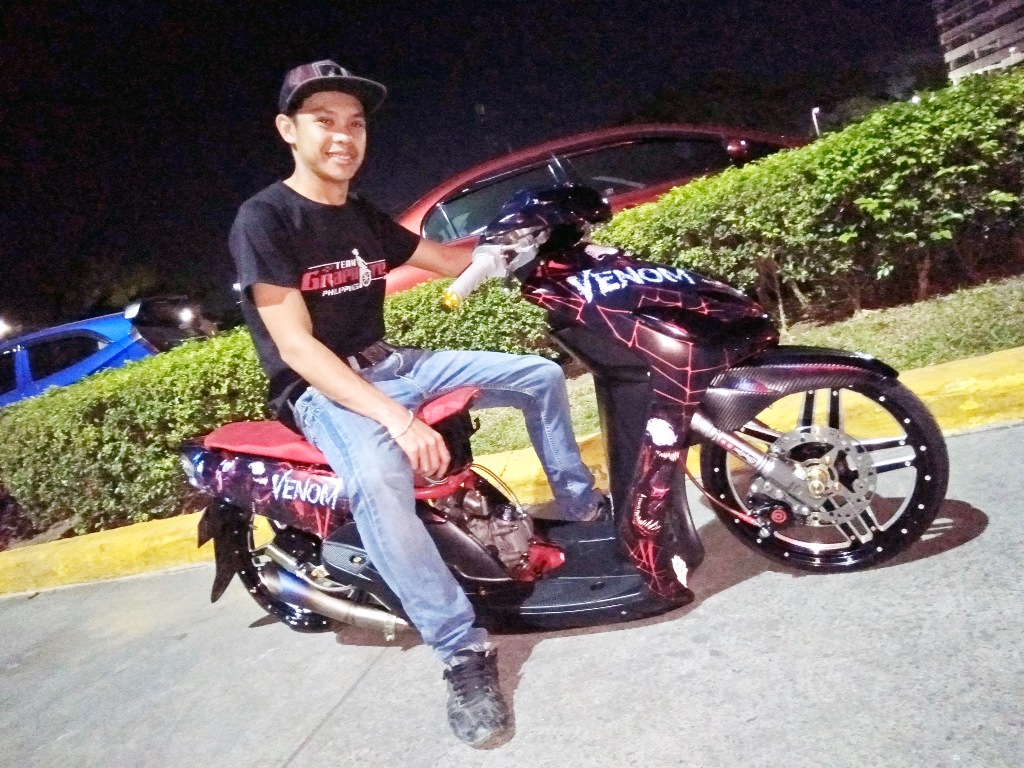 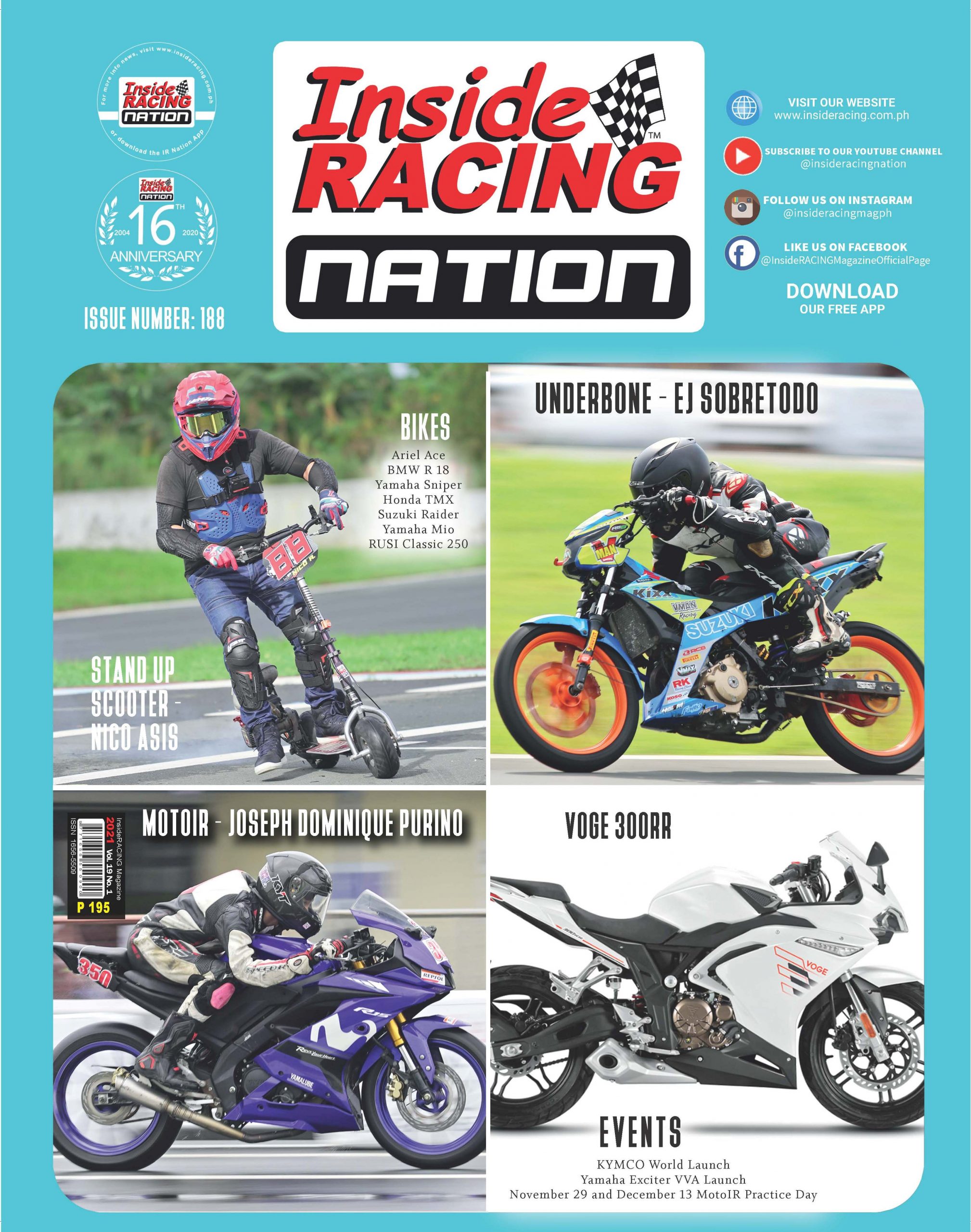