The YSS Suspension Underbone Open class of the Alpinestars IRGPXIV was indeed a battle of the best underbone riders in the country. 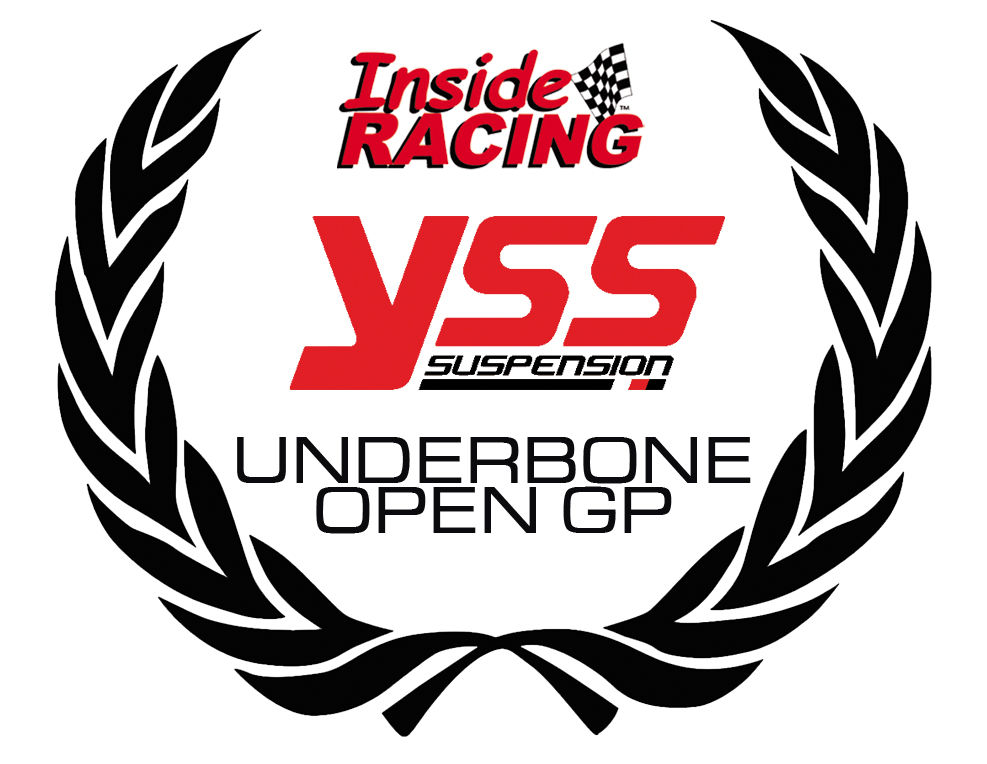 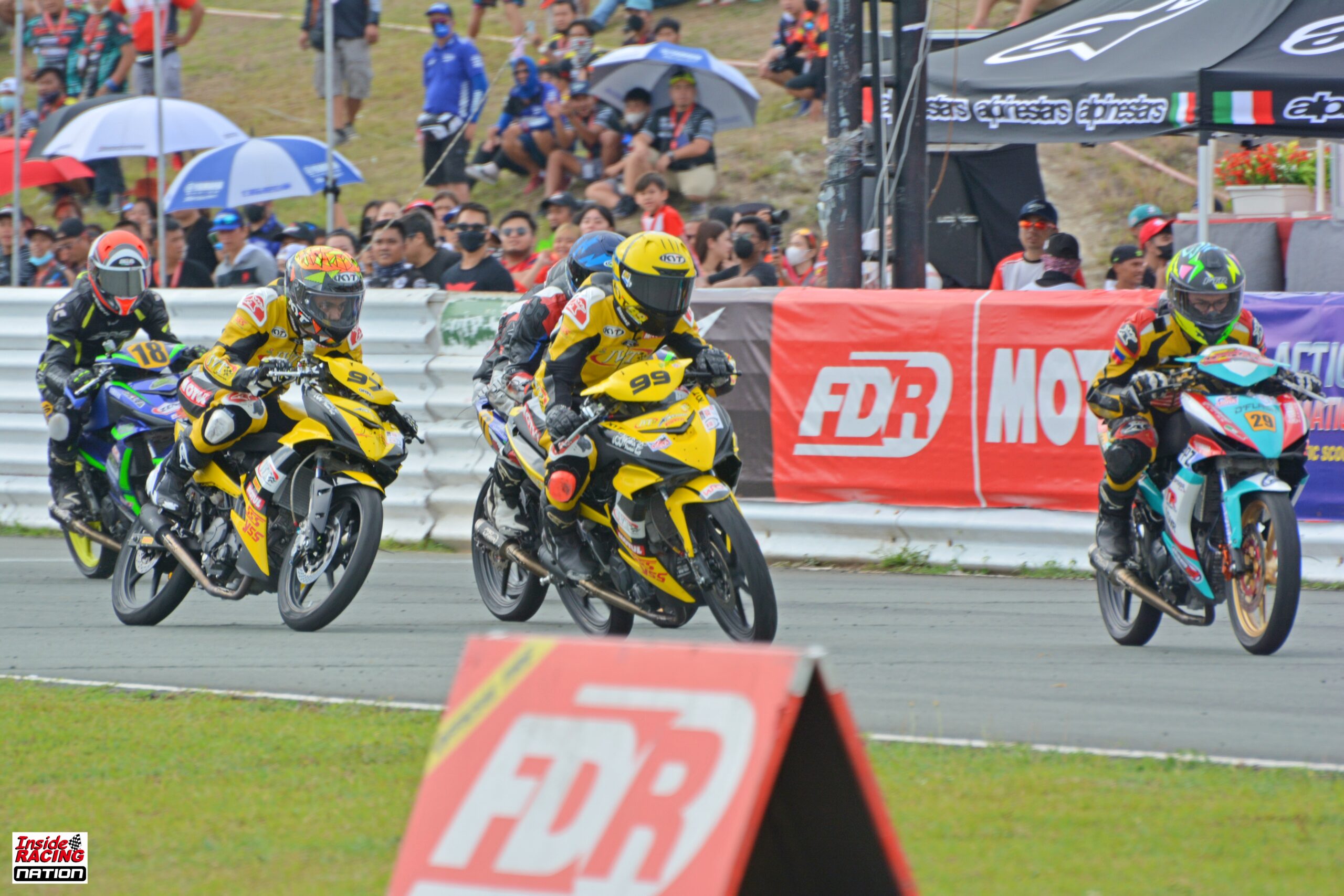 Team JVT riders Kerwin Chang and Sean Barcial set up a blistering pace during the 8-lap race at the Tarlac Circuit Hill. The two crossed the finish line in first and second place. However, Barcial was relegated to fifth place due to jumpstart violation, while Chang was disqualified as his bike was not brought for scrutineering after the race. Despite the unfortunate result, Chang’s remarkable performance is still evident in the Motoworld Best Lap Time Award he received after registering the 1:07.679s fastest lap time of the race. 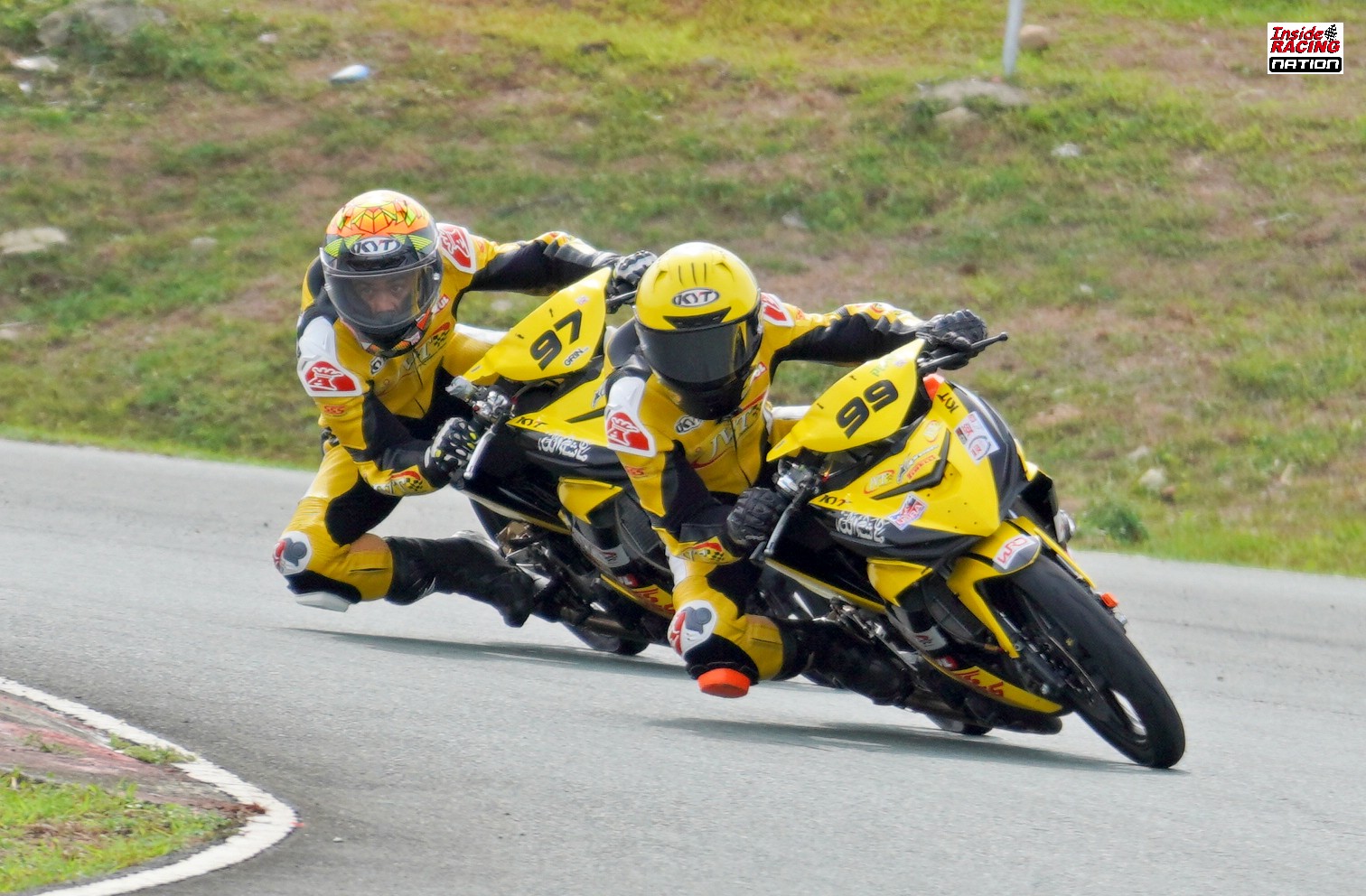 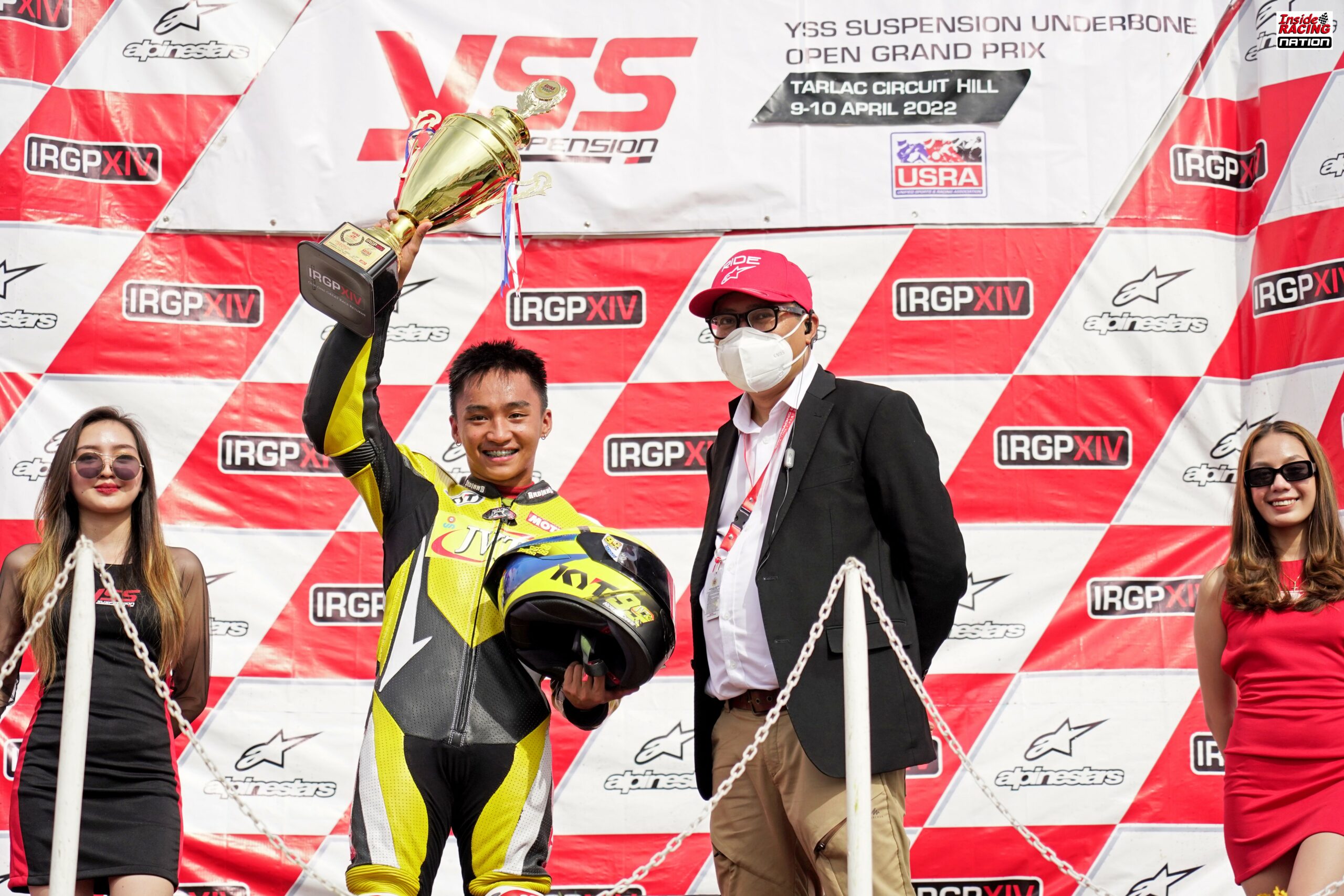 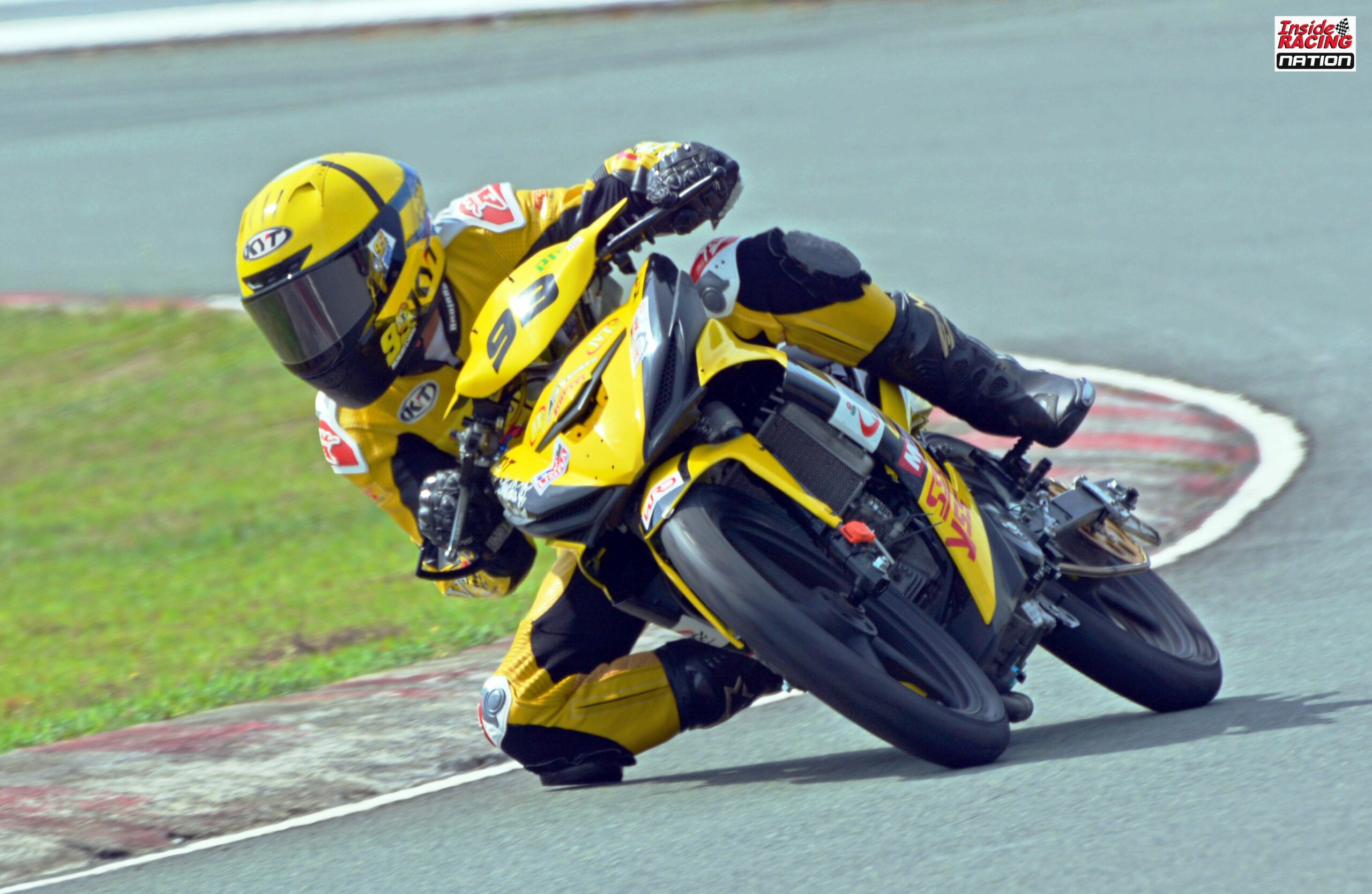 SEC-Yamaha-Phoenix racer Vrei-ar Suba who crossed the finish line third was declared as the champion. Suba’s consistency paid off as he also won the YSS Suspension Masters Trophy title which is given to the highest finishing above 24-year-old rider in the Underbone GP category of the IRGPXIV. Suba is now a multiple-time IRGP champion and proved once again he is formidable whether in riding underbones or scooters. 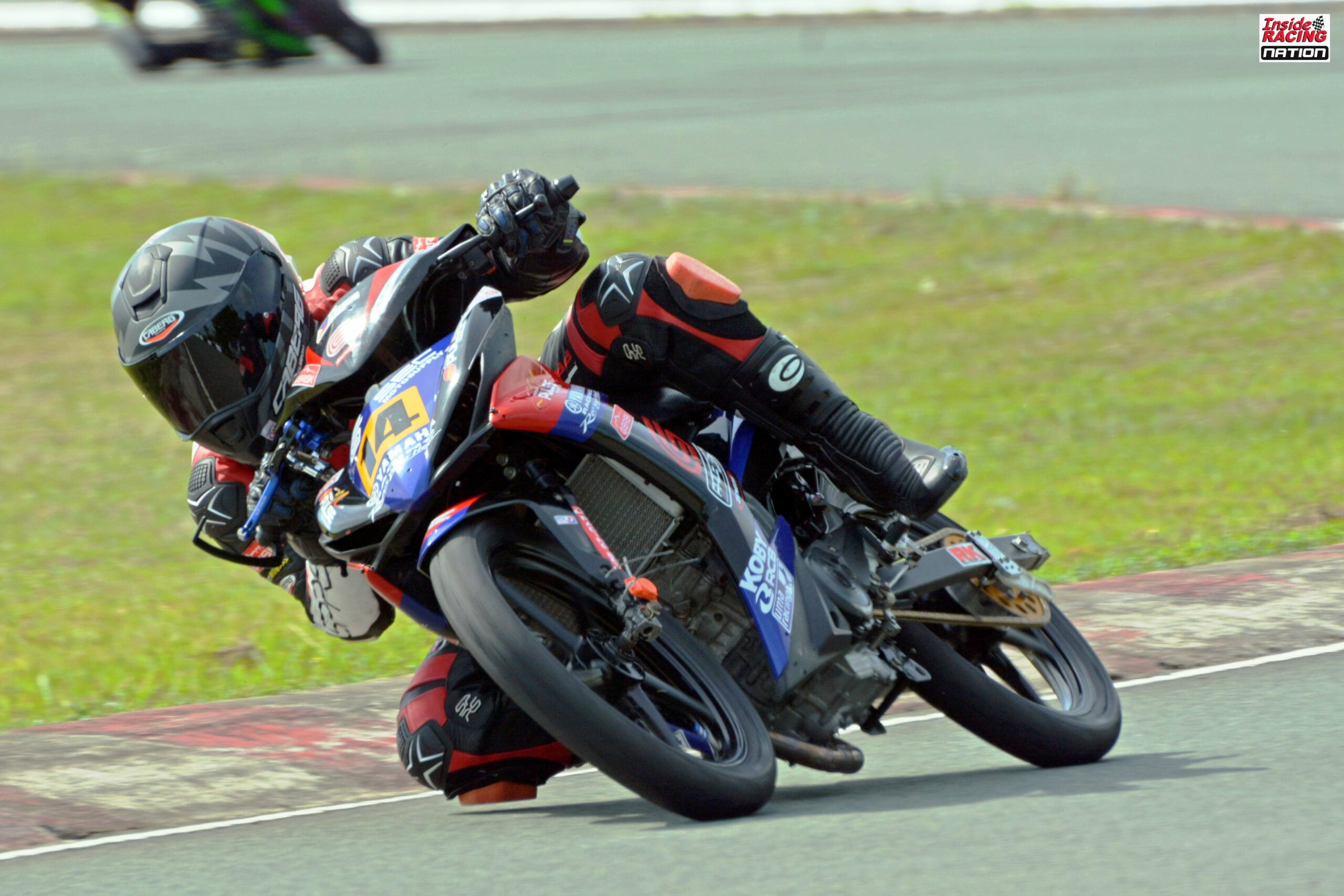 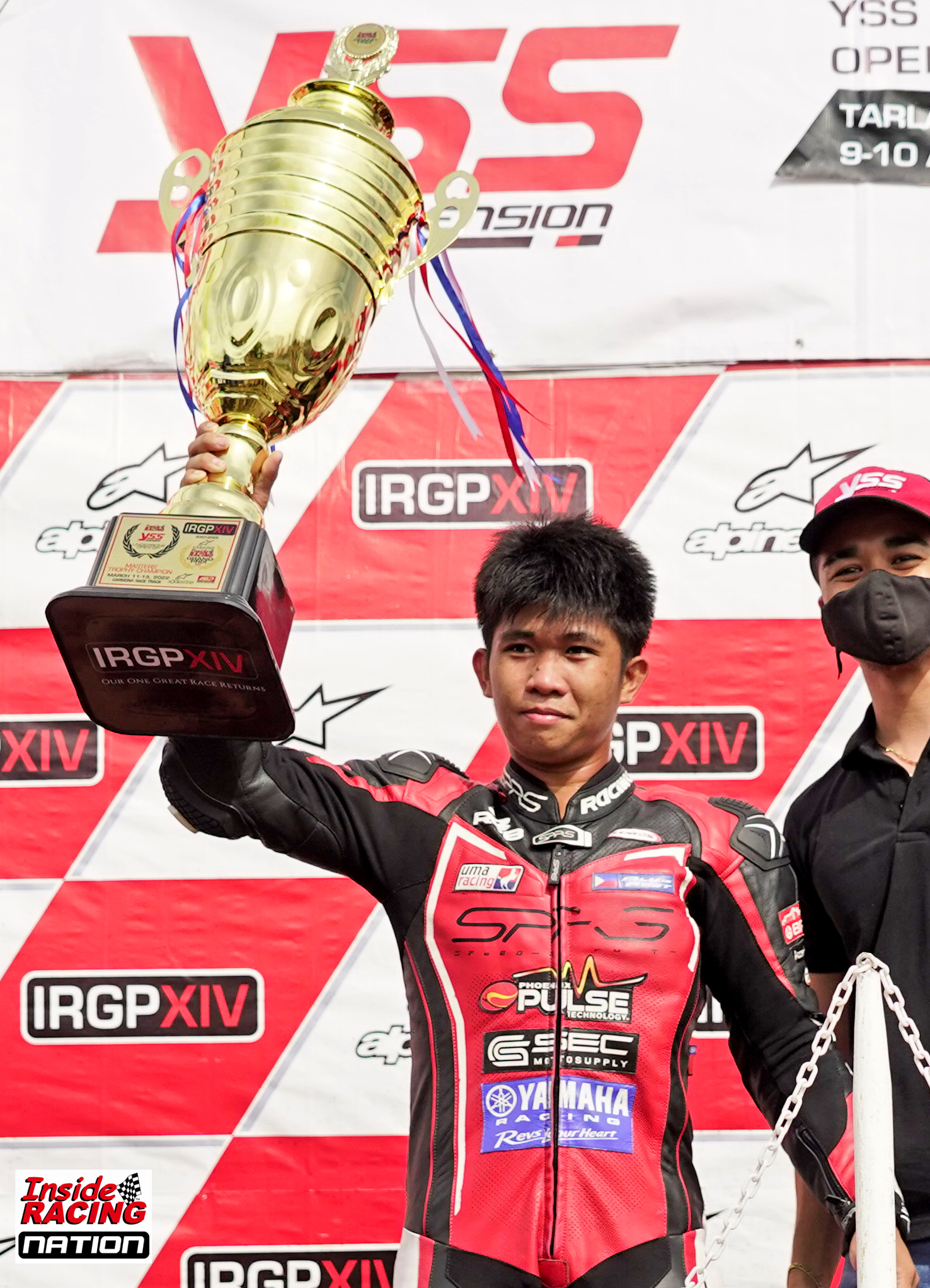 Robert Ryan Espiritu of ZENEOS racing team was hailed as the second placer while polesitter Tracy Soyangco of FTR-PPZ racing team placed third. ZENEOS rider Masato Fernando got the fourth place while Eane Jaye Sobretodo of Suzuki-KIXX-VMan ended up at sixth place. Seventh placer was Dustin Esguerra who raced for TSMP-Beast racing team, replacing its injured rider Niel Jan Centeno. Extreme-One-JCP-RCB-Yamaha’s John Cloyde Pilapil had an eighth place result followed by Clifford Bacus of RS8-DrexLokoWorkz-Yamaha. Tenth placer was Roel Rubin while Moto-D Racing’s Clyde Relativo was not able to finish the race and was out after four laps. 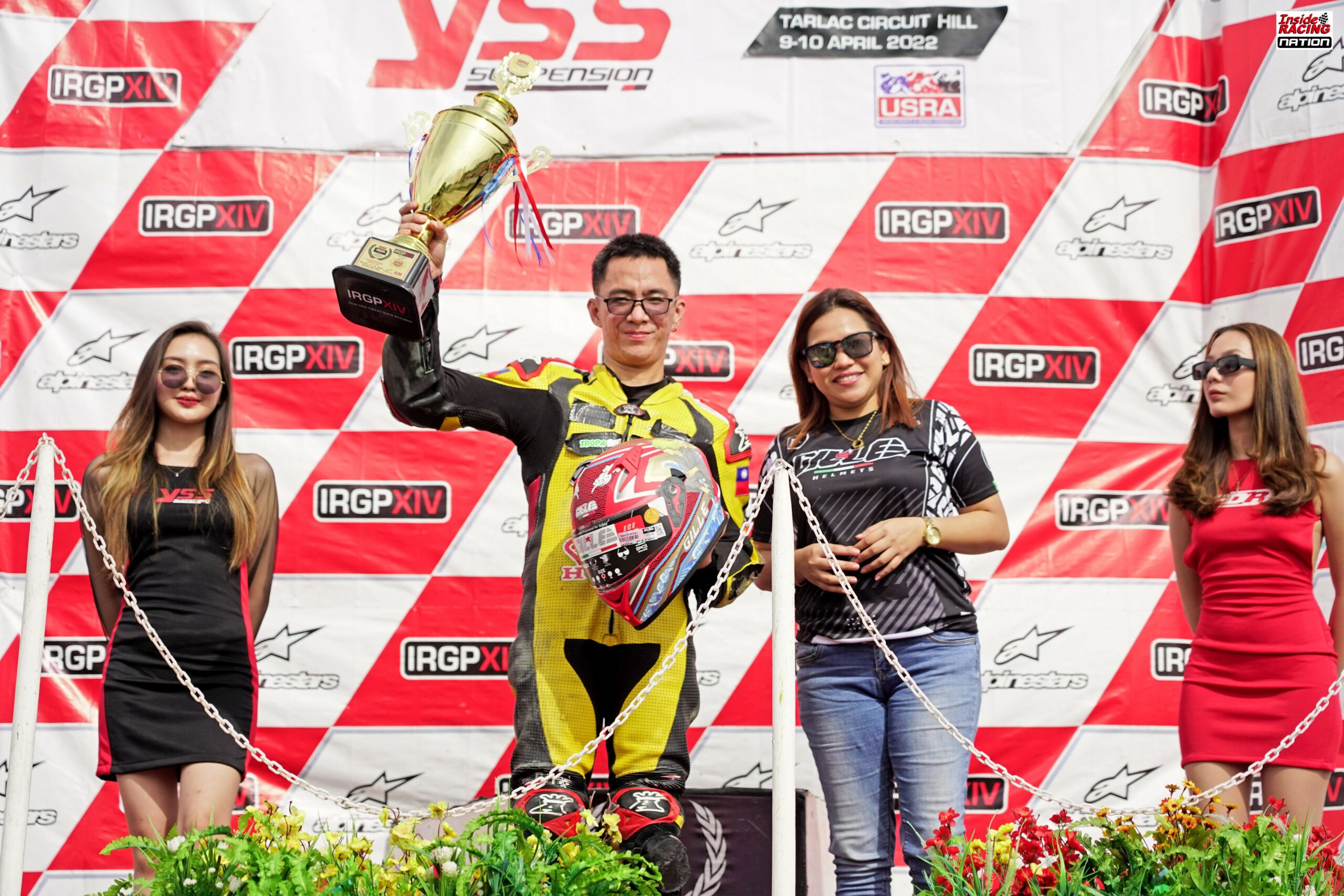 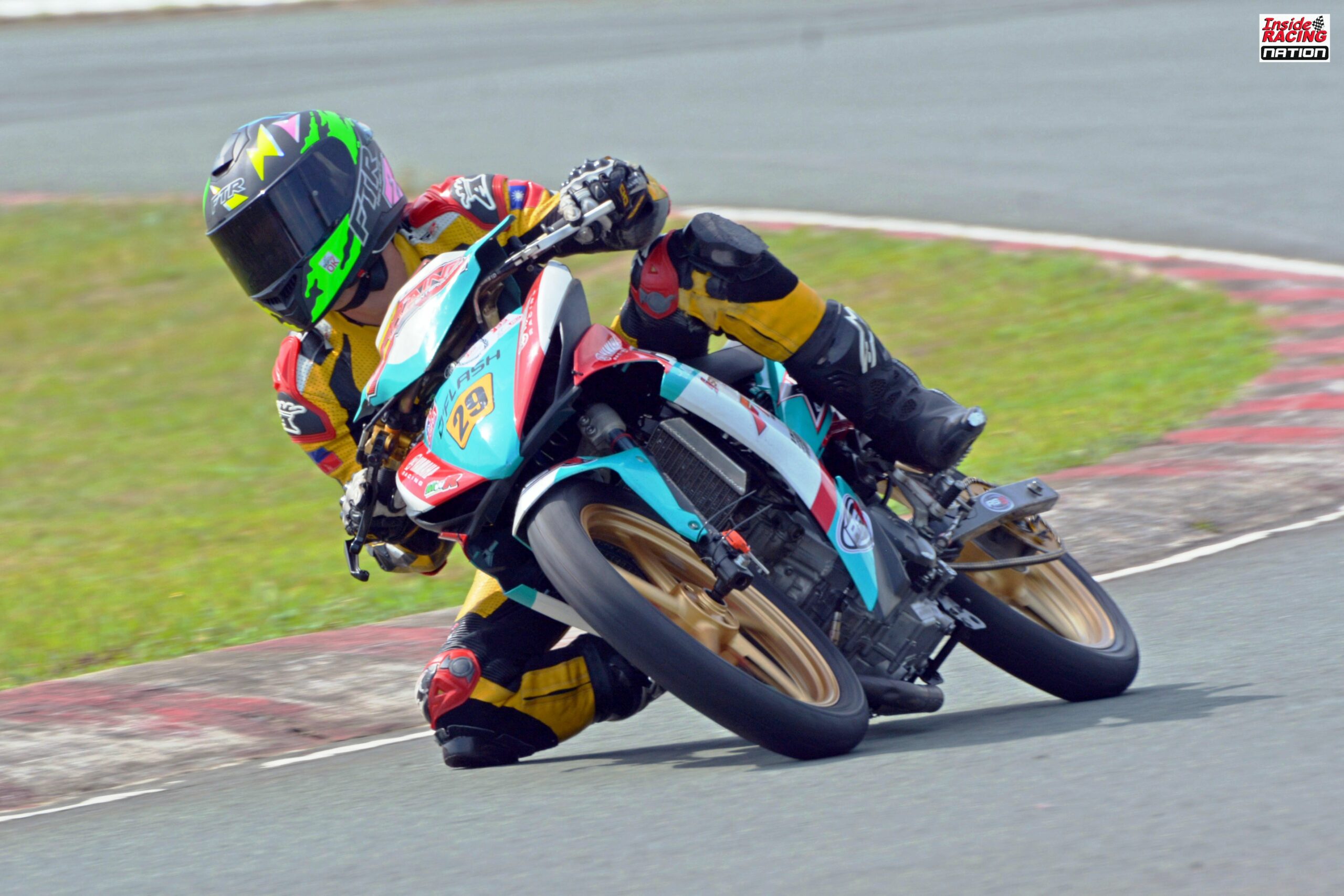 Because of Suba’s victory, Manufacturers’ Award for this class was won by Yamaha Motor Philippines which has been dominating the IRGP for many years now. 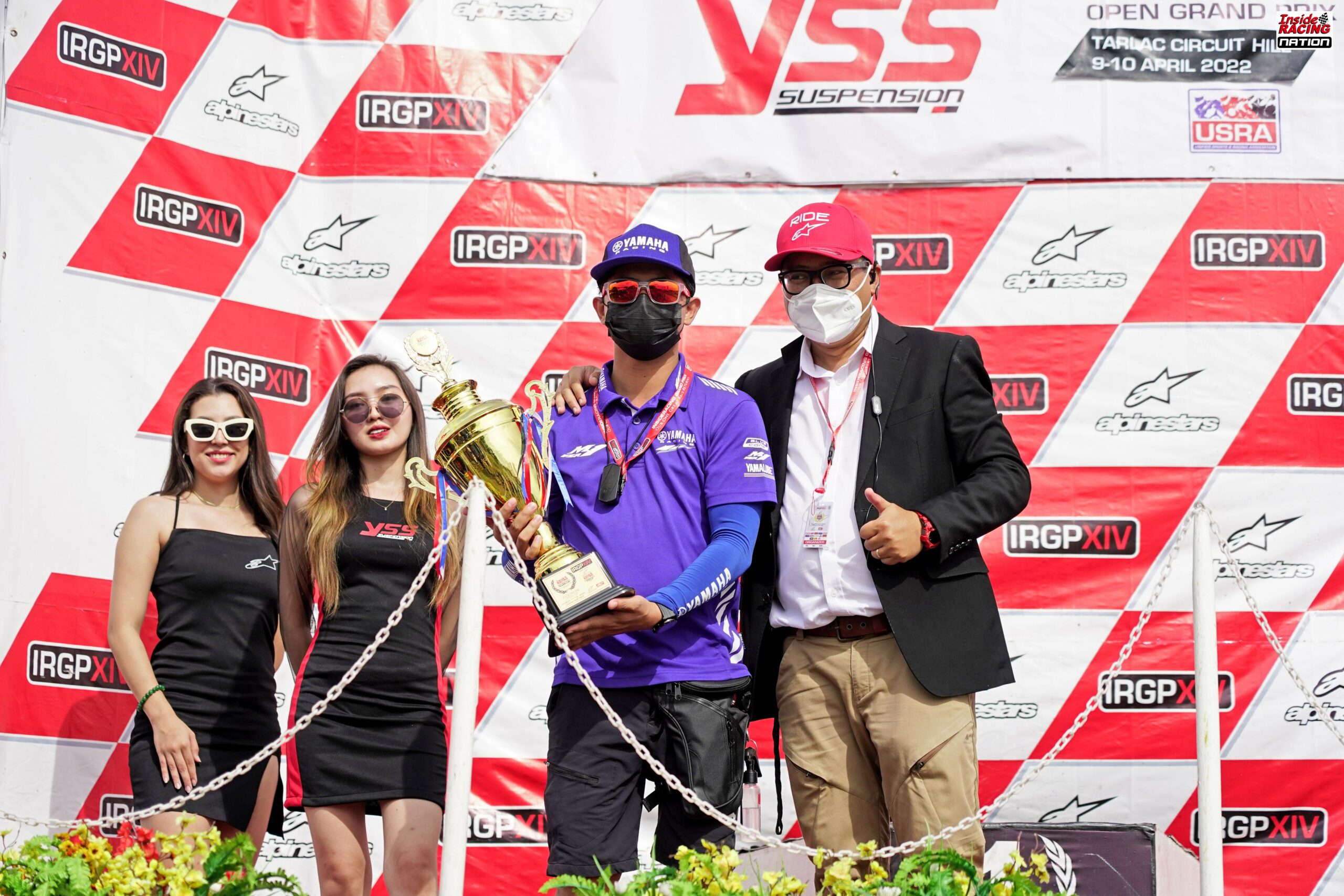