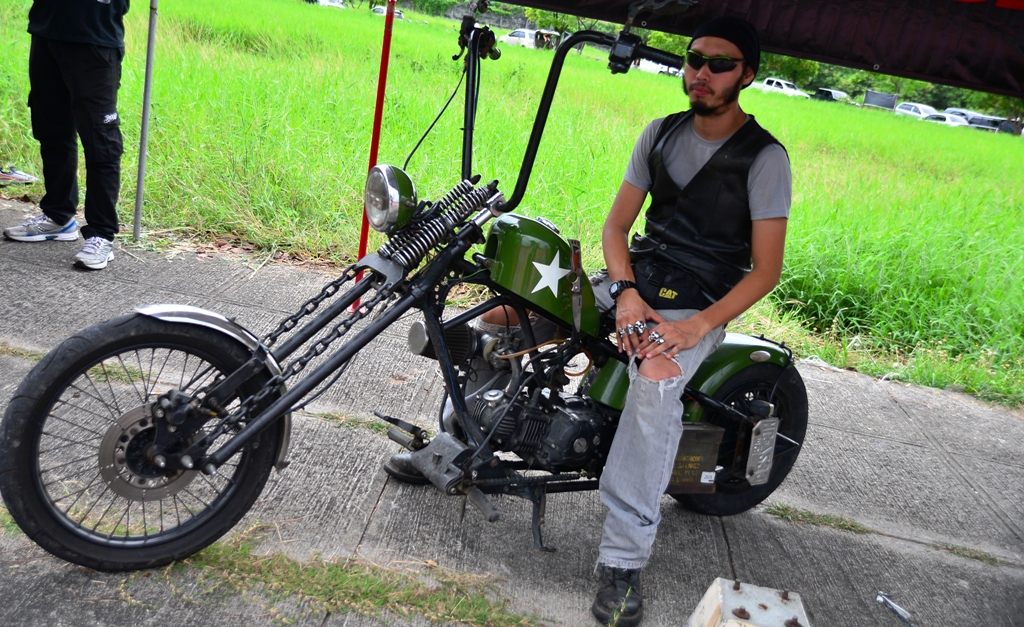 All the way from Meycauayan, Bulacan… well if you are an old school biker here in the Philippines, there is no way that you would not be familiar with this group, or better yet this band of brothers. Anghel ng Lansangan, established in 1969 has been roaming around the city streets of the Philippines for the past 5 decades and has always been one of the groups at the forefront of the custom-building scene in our country. The group is going strong and is now on its second generation. Custom-building has been in this family’s history since the 1970’s so there is no surprise that our featured builder is as good as they come. We are featuring Robby Malapitan, a custom-builder who shares with us this amazingly astounding Chopper that came from a Yamaha Crypton underbone as its base bike. Robby shares with us his passion for motorcycling and custom-building, and how his bike reflects his persona. Thank you to Anghel ng Lansangan MC for this Biker Builds opportunity. 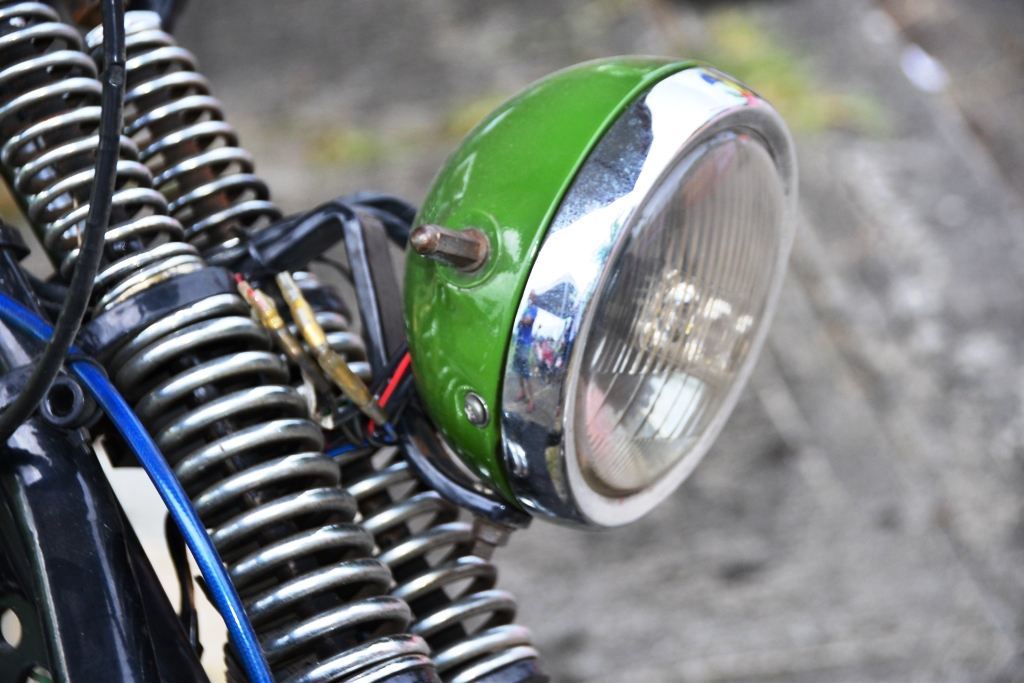 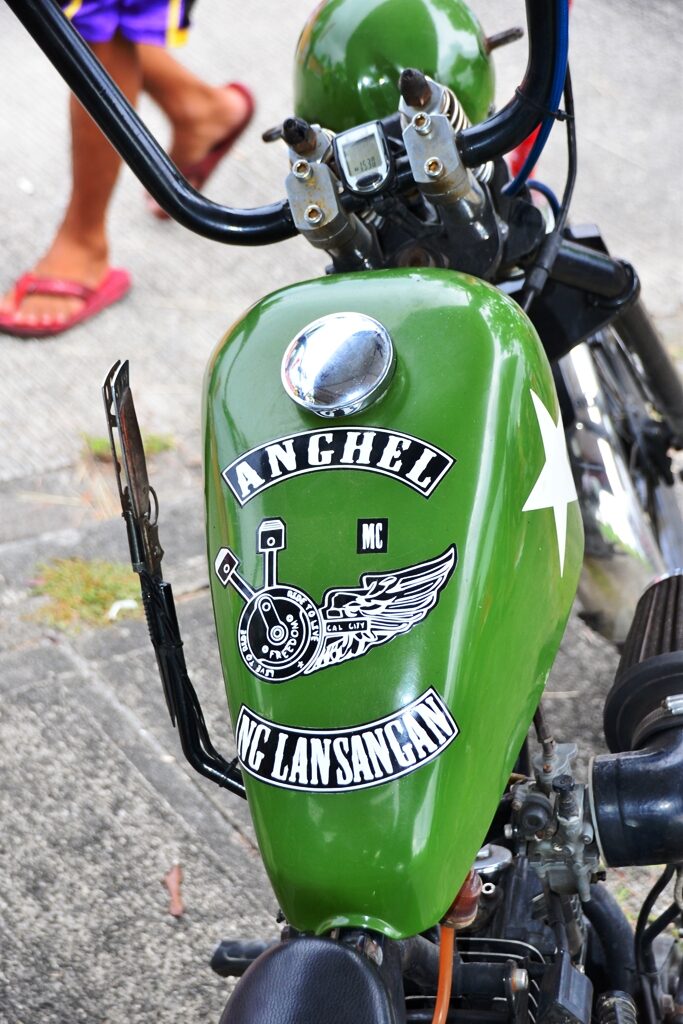 Robby started riding motorcycles since he was 12 years old. He started out on scooters and mopeds. Since his dad is a mechanic and a builder since the late 60’s, he was always around cars, trucks and motorcycles, helping him out fixing cars and trucks initially. When underbone bikes started to boom, they were modifying underbones for drag and circuit use then eventually they started to customize bikes just to be different, since everybody is into racing nowadays. 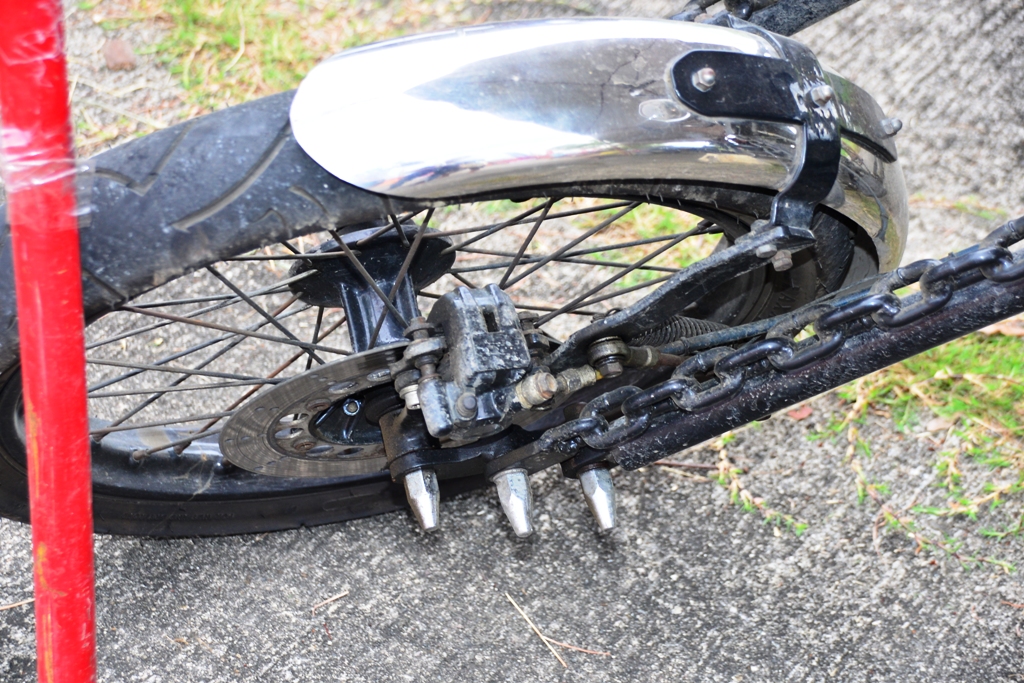 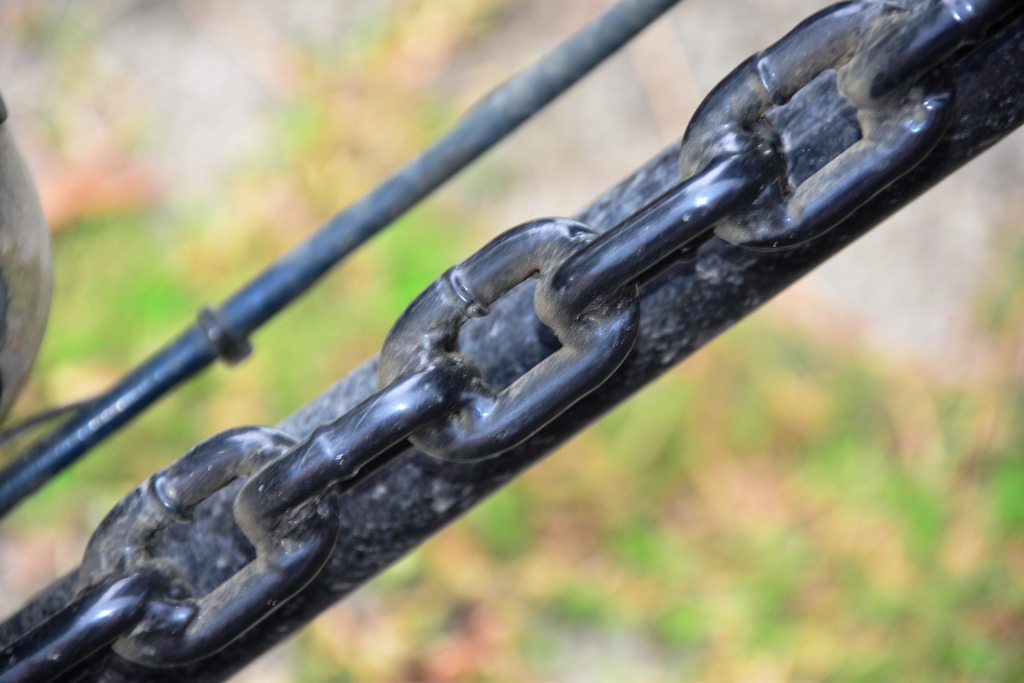 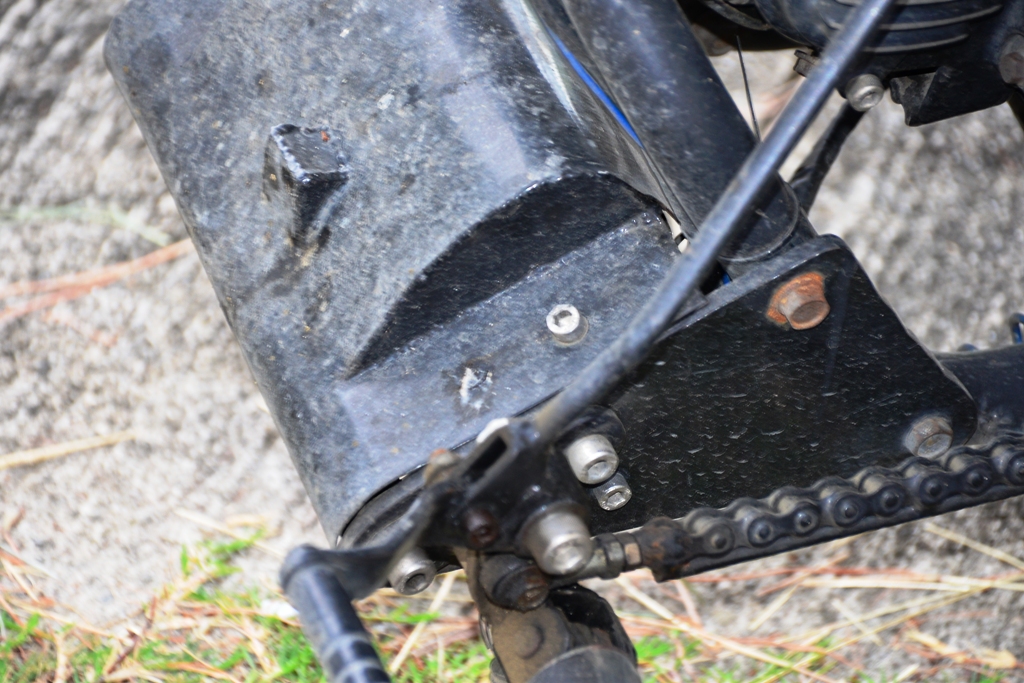 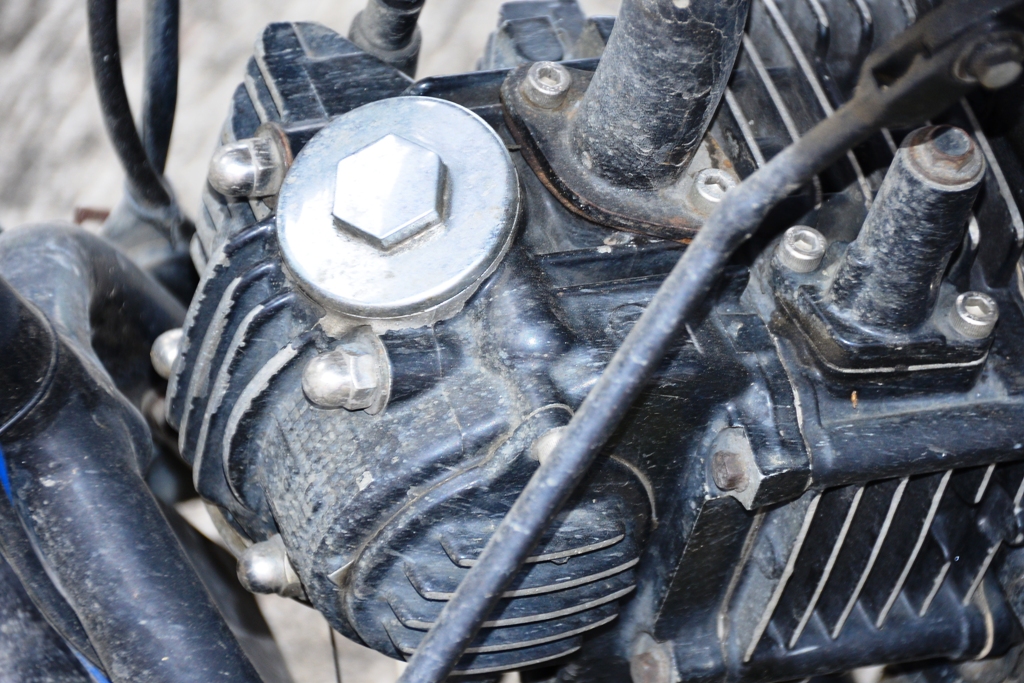 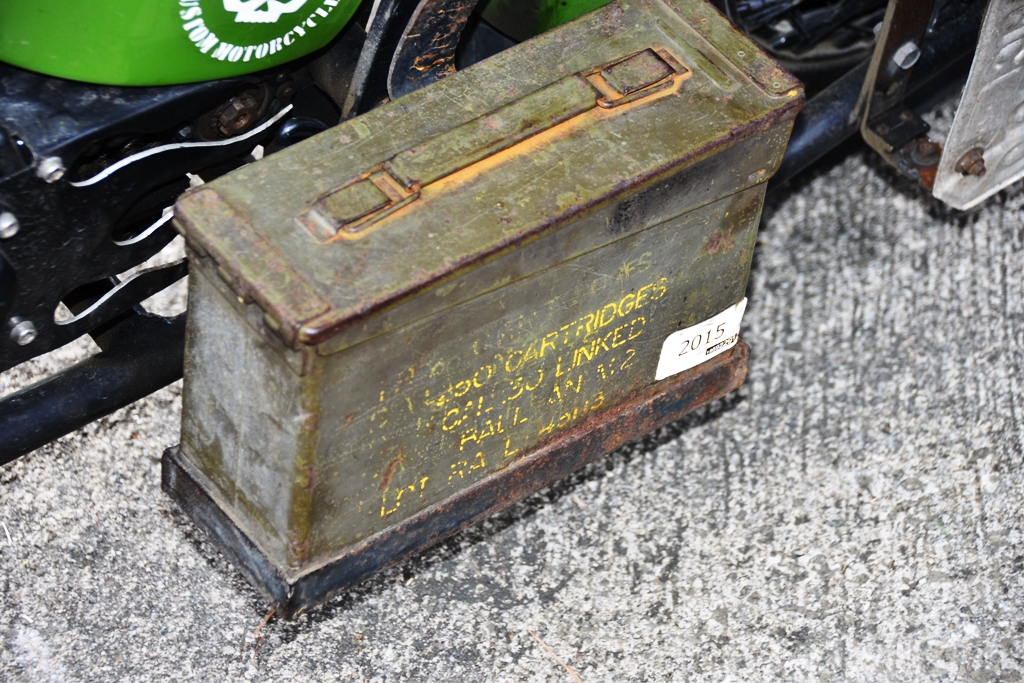 During his interview with InsideRACING Magazine, Robby shared with us, “This is a 2004 Yamaha Crypton Z. I chose that bike since it is very reliable, cheap to maintain and has parts almost anywhere. I was inspired from the Choppers of the 70’s era. For me when it comes to badassery on motorcycles, nothing beats a Classic Chopper. I Also wanted to incorporate elements of my grandfather’s WLA Harley-Davidson, as well as a Indian Larry inspired front end springer forks.” 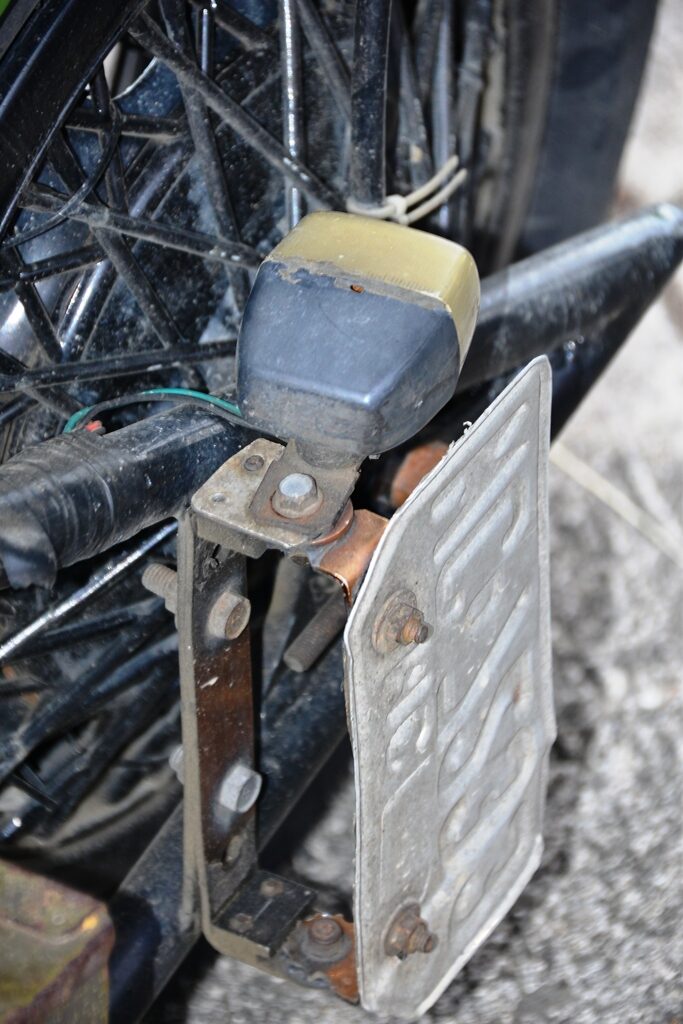 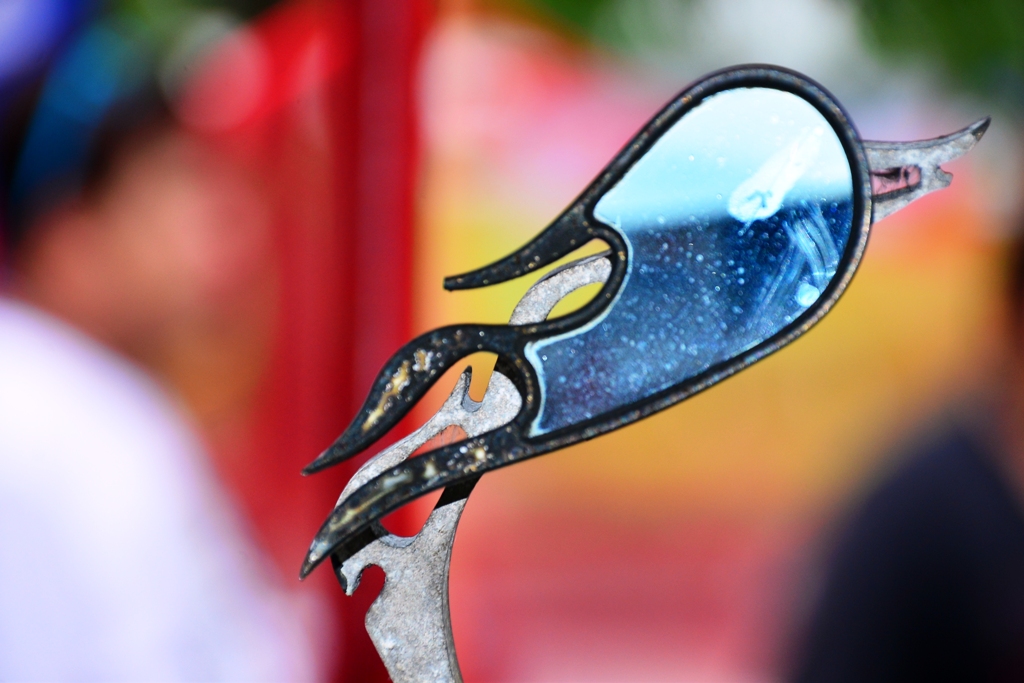 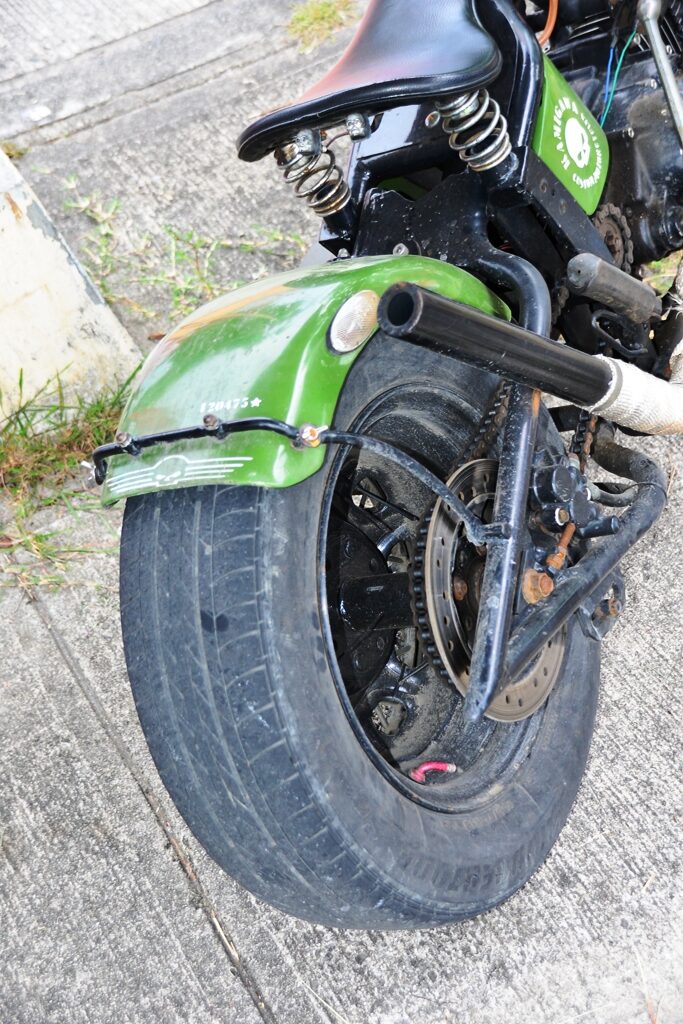 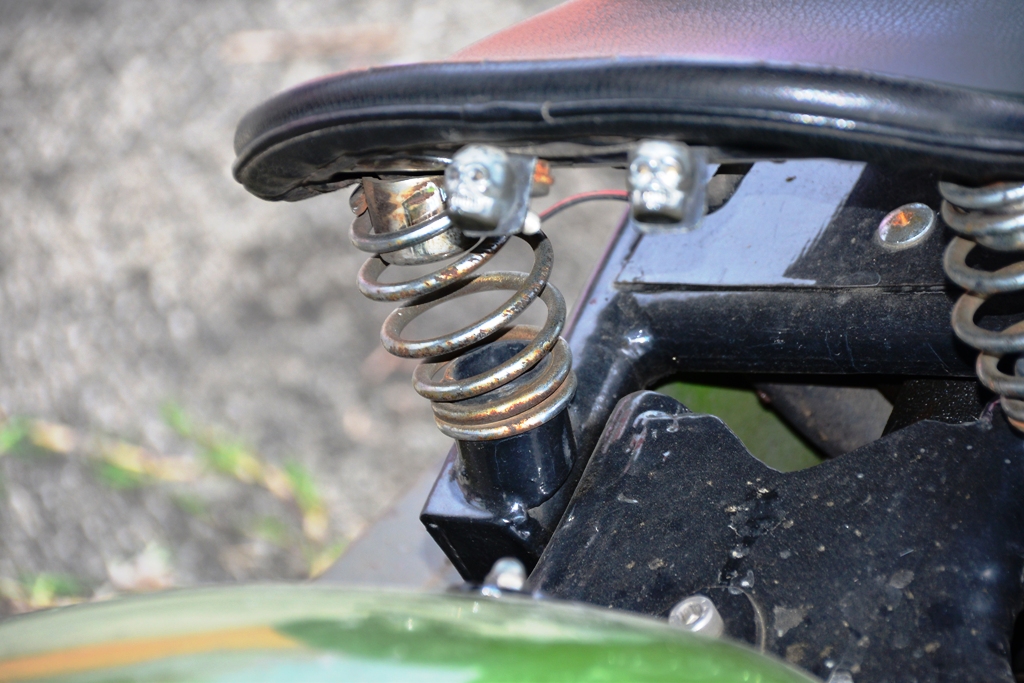 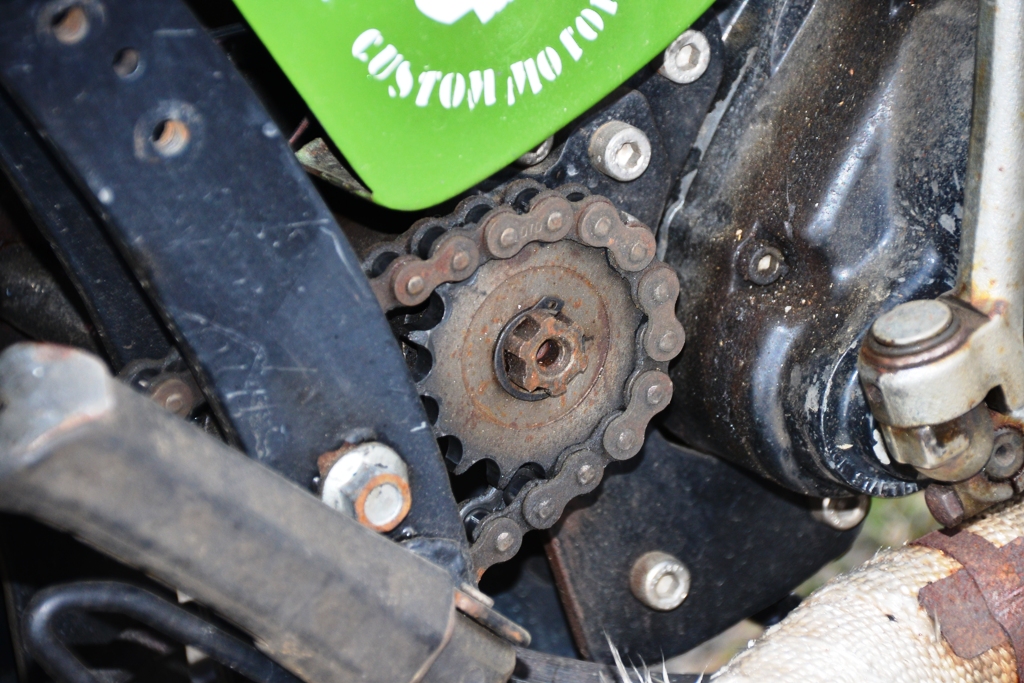 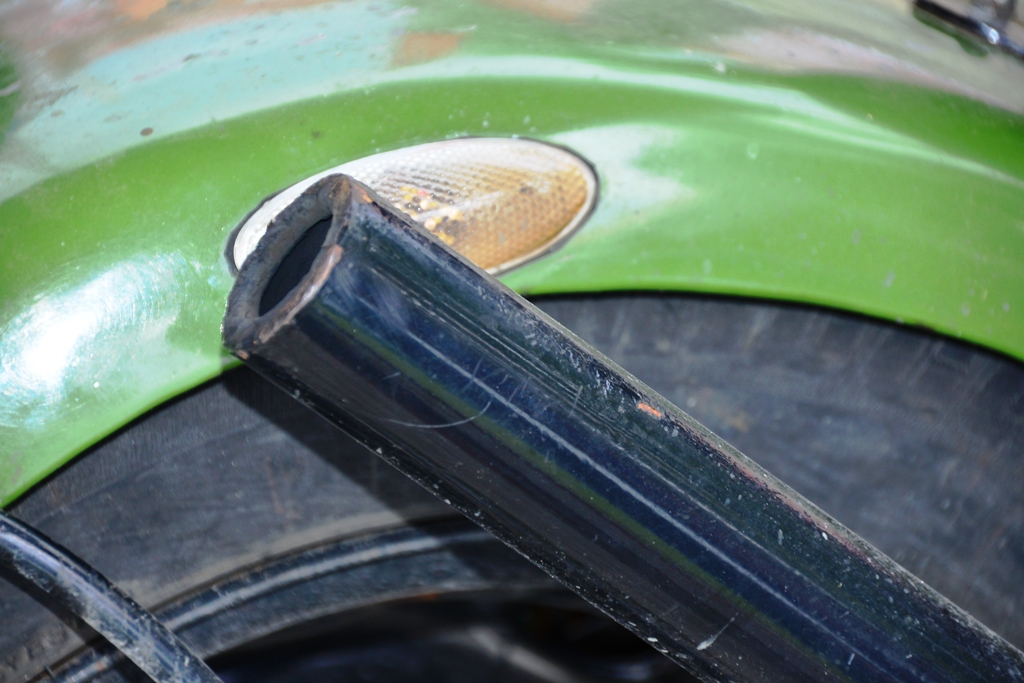 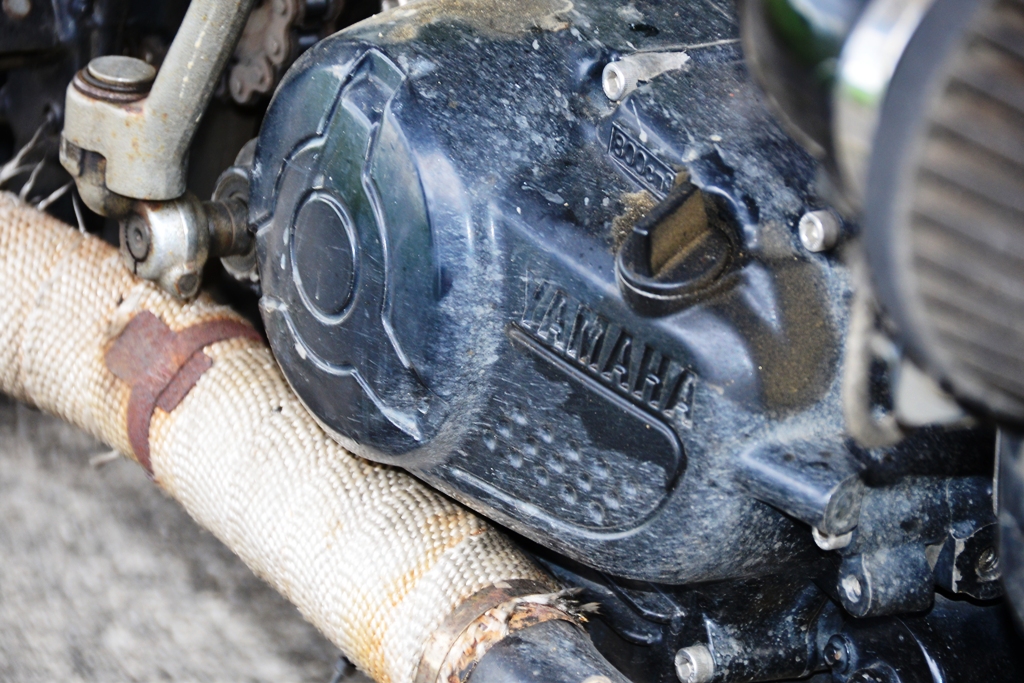 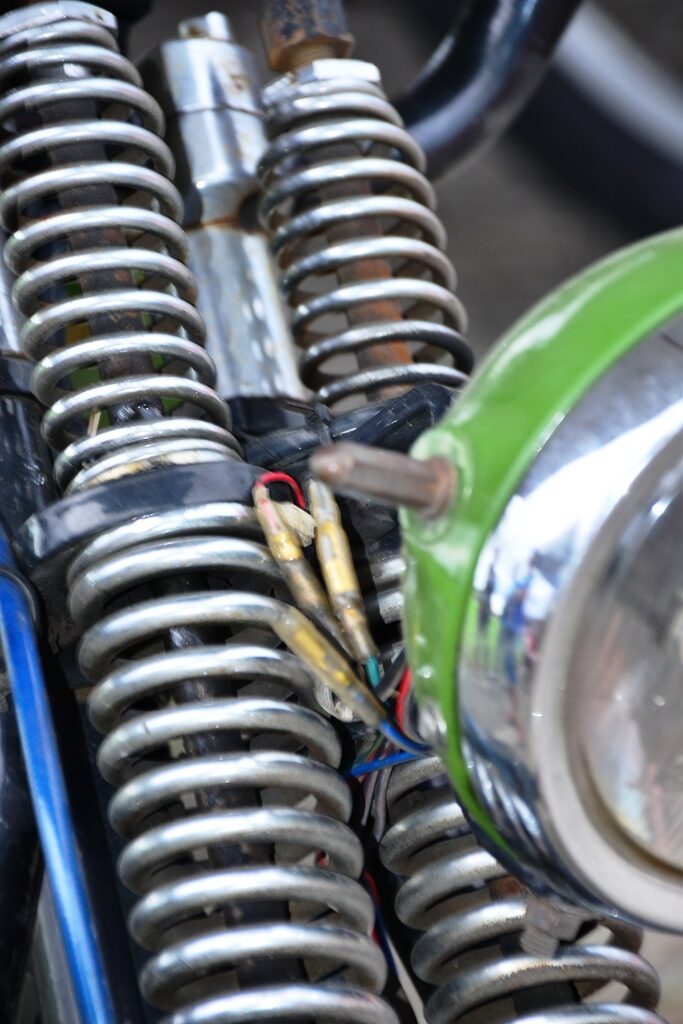 With the awareness of the custom-building industry currently at an all-time high, we asked on the status of the local custom building industry, “Right now it’s flourishing, it’s really good, and I hope that this is not just a fluke or just a fad. Since custom shops are popping here and there. We’ll see in the near future,” Robby stated. 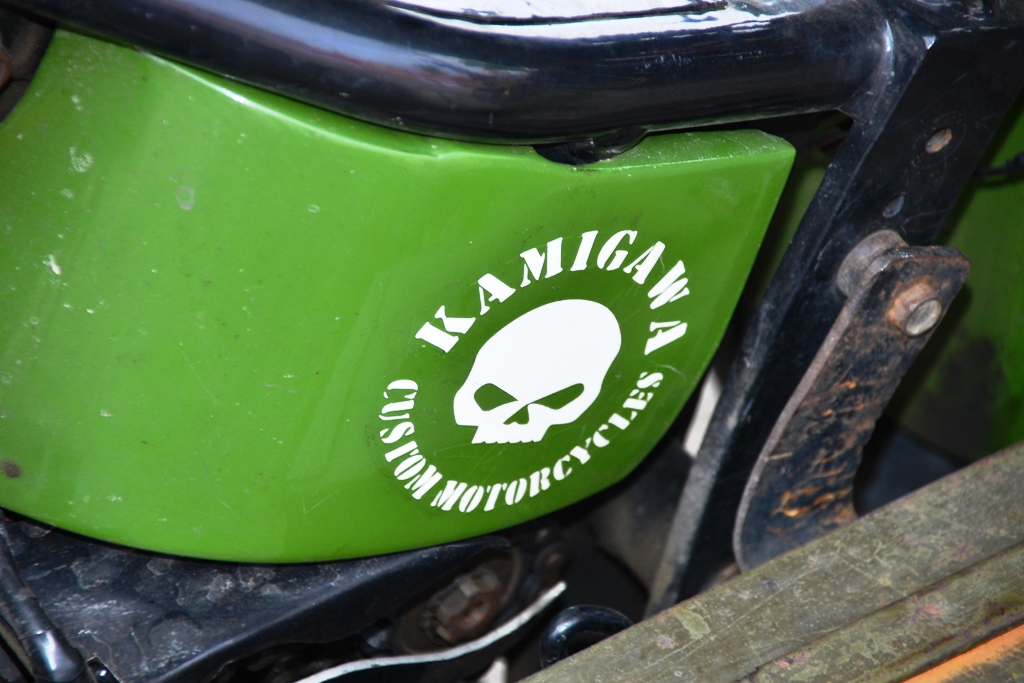 So how does the finished product suit this builder’s personality? Robby said, “It suits my personality since it’s unique, rebellious, rugged, well-engineered, reliable and lets me go anywhere anytime.” “Ride safe. If you see us do not be afraid, just say Hi! We won’t bite. I would like to thank InsideRACING for this opportunity, my very supportive family, friends and Anghel ng Lansangan MC. Live to ride, Ride to live!!!” – Robby Malapitan This was published in the 2017 InsideRACING Magazine Volume 15 Number 6 issue