What is the hottest new bike at the 2020 Ducati World Premiere? 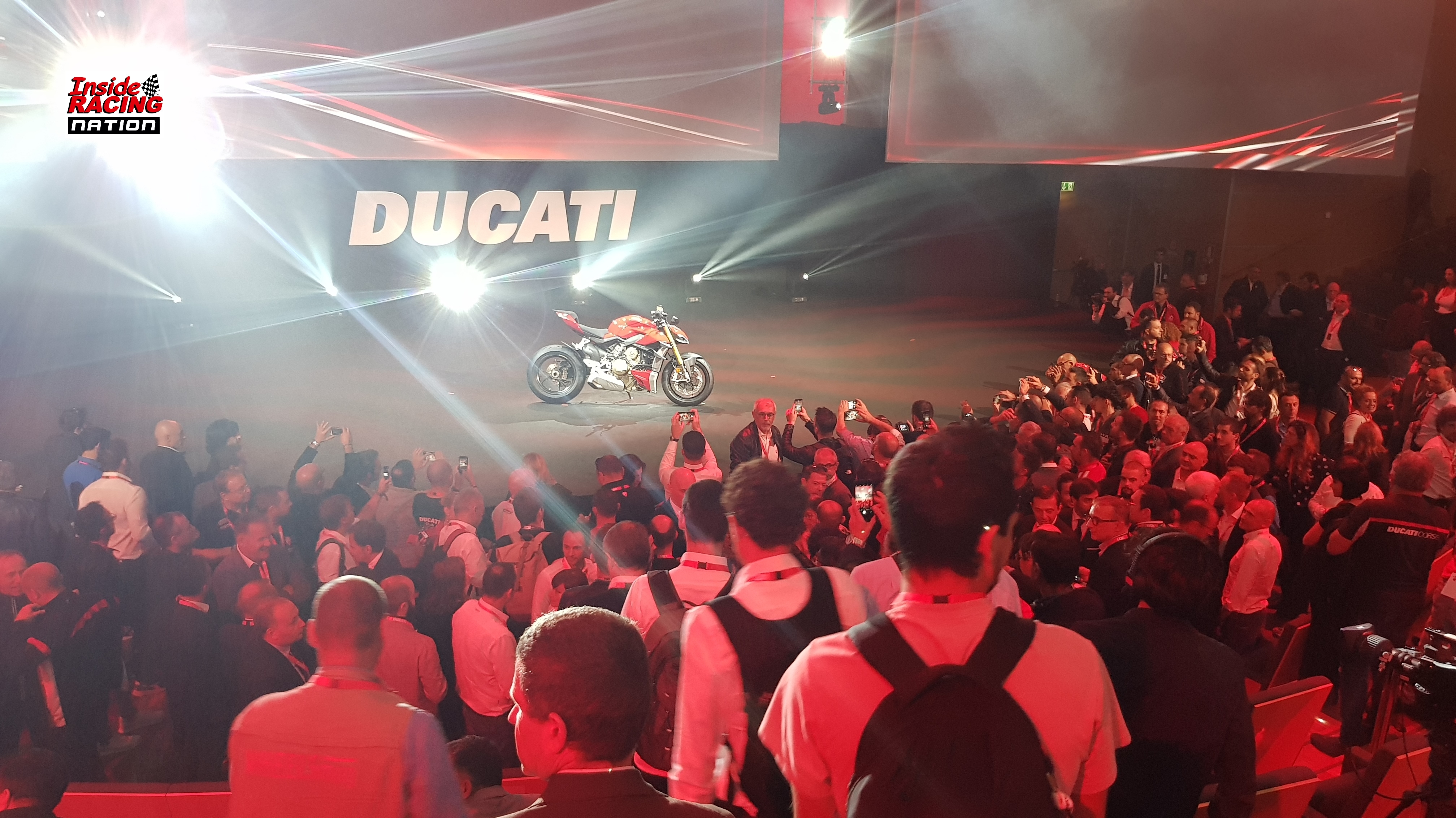 Star of the event? 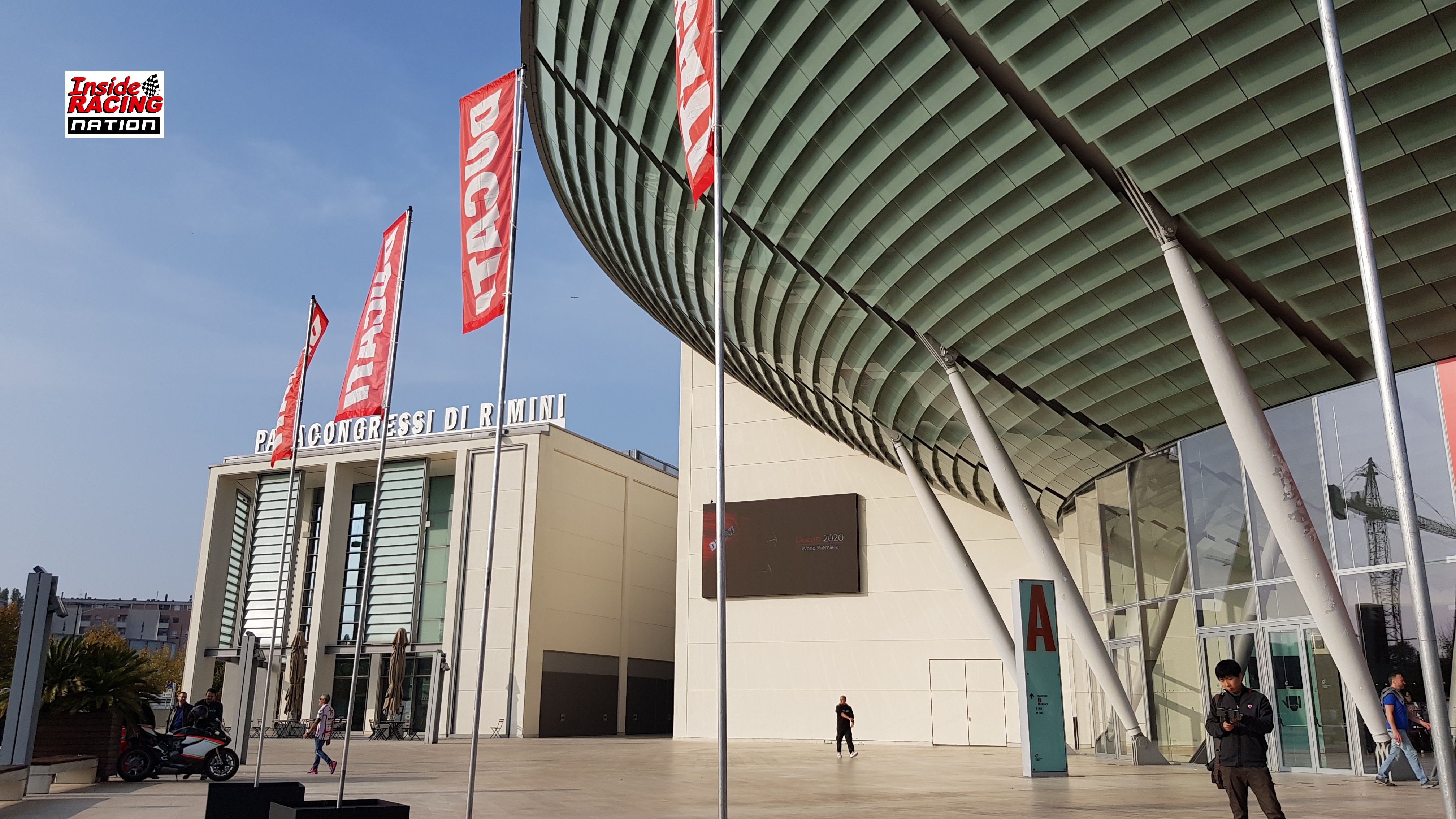 The Ducati 2020 World Premiere event was held in Rimini, Italy this year. The Italian motorcycle manufacturer invited its global dealer network, including Ducati Philippines, and the international media to the famous summer Italian beach town to show their latest and best models for the forthcoming year. 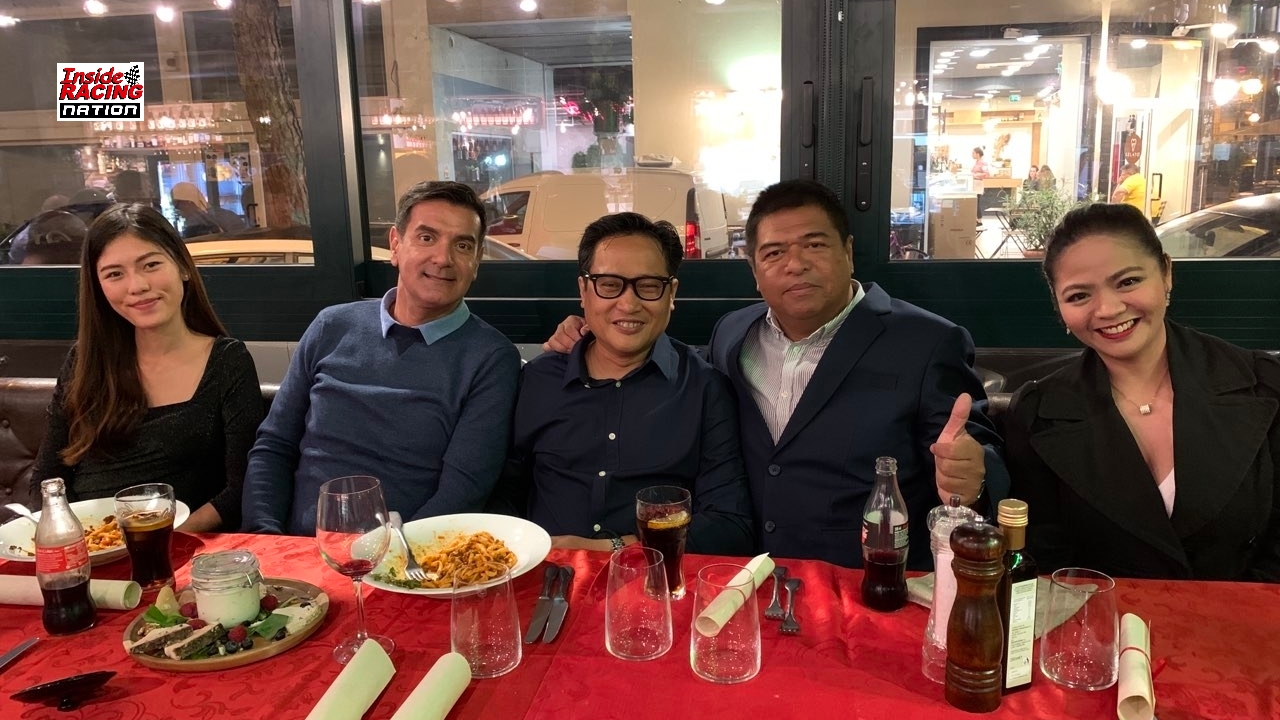 The event was held at the Palacongressi Di Rimini and it was no less than Ducati’s top honcho Paolo Domenicali who presented on stage for more than one hour.

Here is a summary of the new machines Ducati will be selling next year. 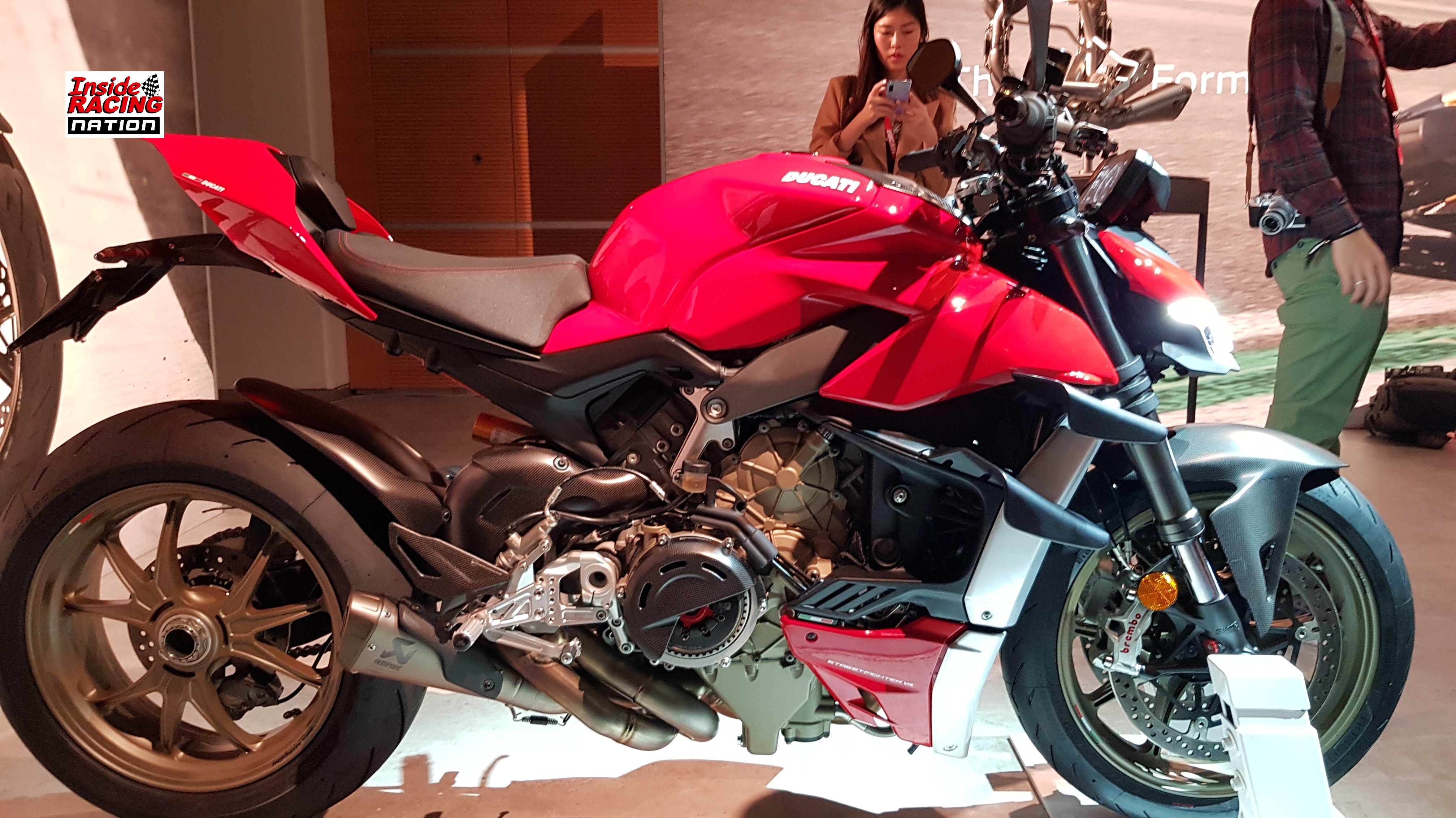 Now based on the Ducati Panigale V4 with the same 1,103 cc V4 Desmosedici Stradale engine that produces 208 hp but reprogrammed to produce more torque at the lower rpm range! 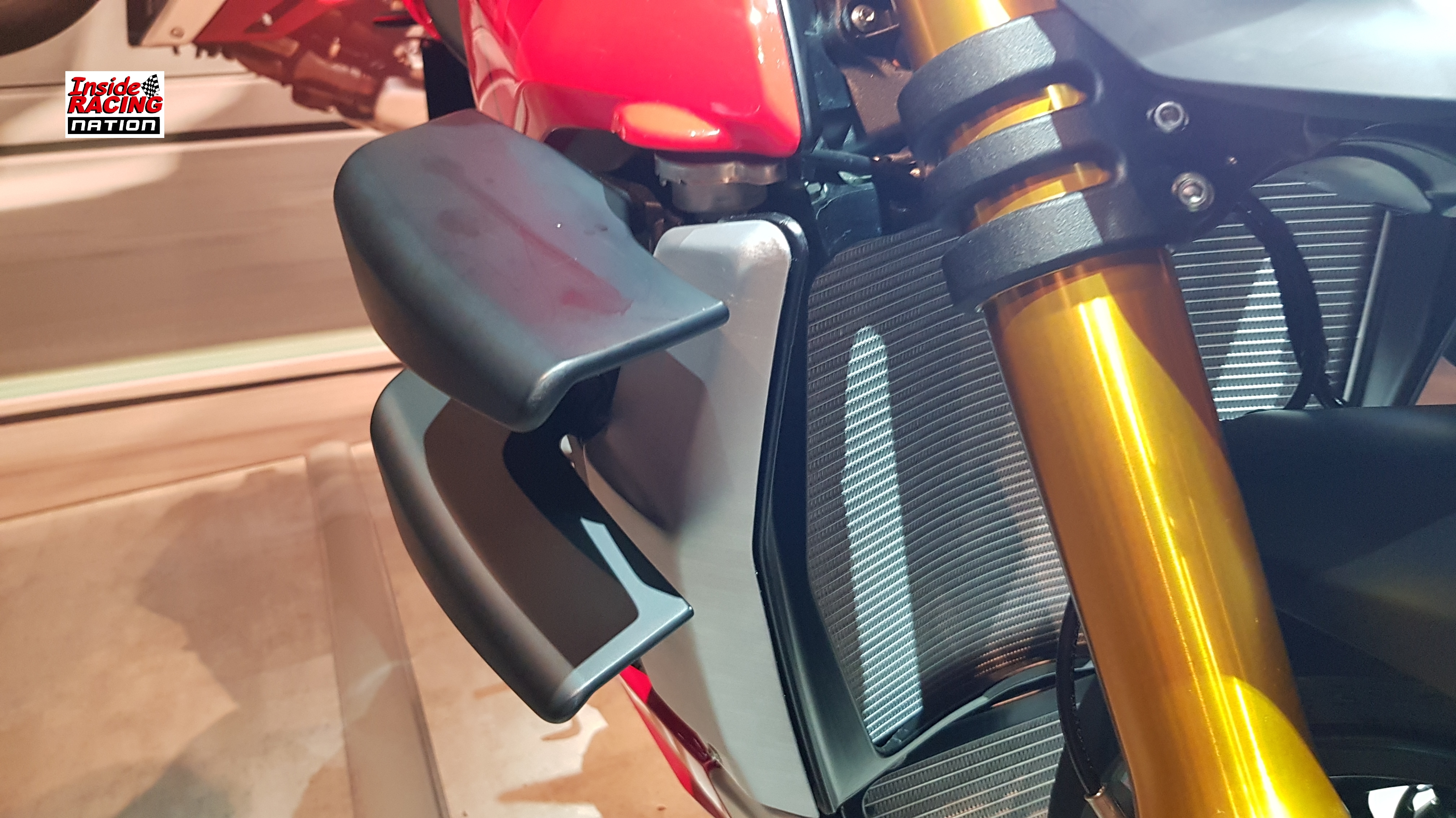 For 2020, the new Streetfighter now also offer the same chassis as the V4 Panigale but without the bodywork. It receives a minimalist LED light, single-piece handlebar and biplane winglets developed by Ducati in MotoGP, as well as the full electronics suite mitigated by the Bosch Inertial Measurement Unit (IMU). 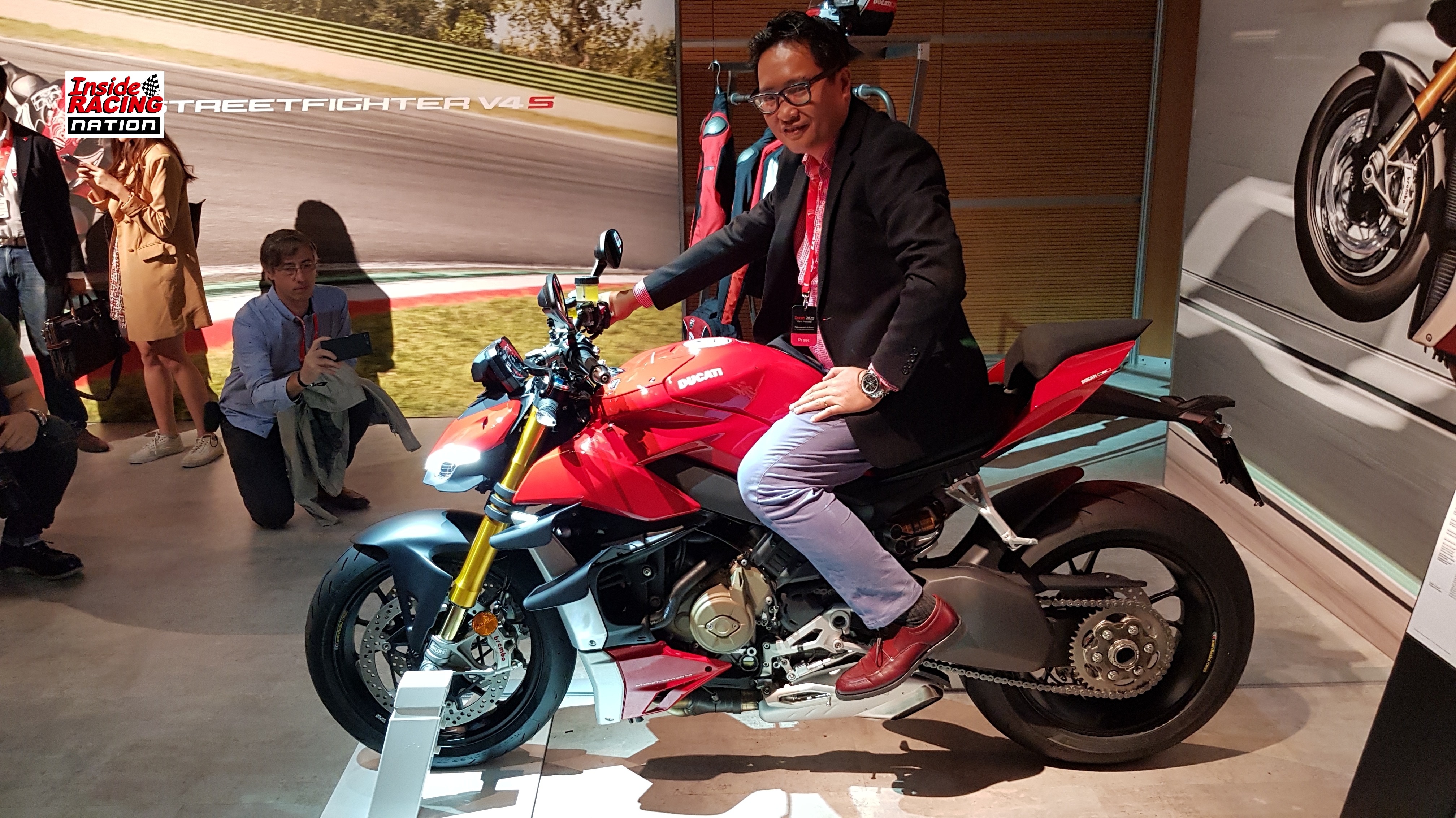 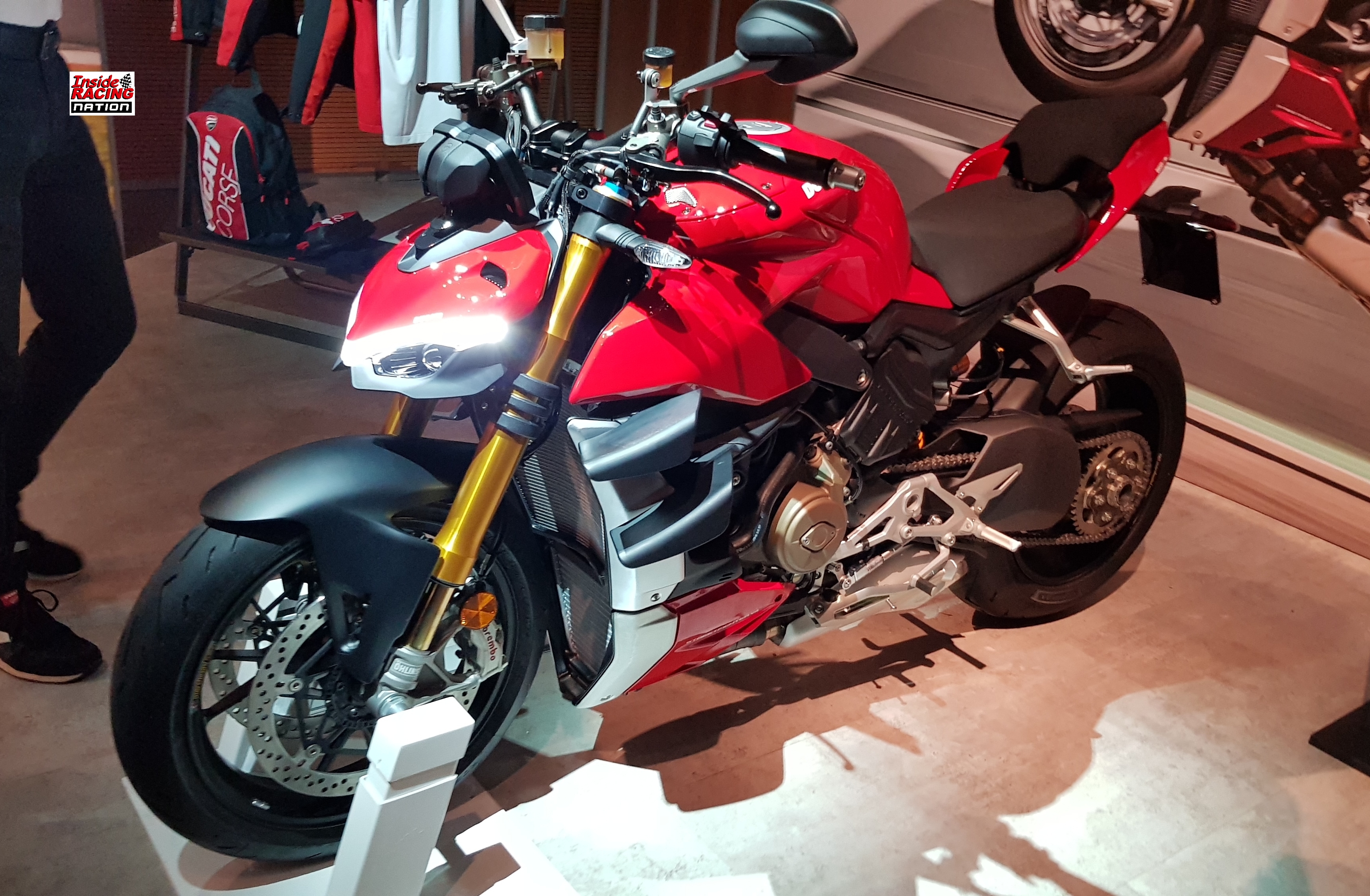 Longtime Ducati owner and experienced Filipino racer Miguel Bichara of Club 200 said that, for him, the Streetfighter is more suitable for adrenaline-filled daily rides due to its high riding position. The Italian flair and performance of the V4 Panigale without the backache! 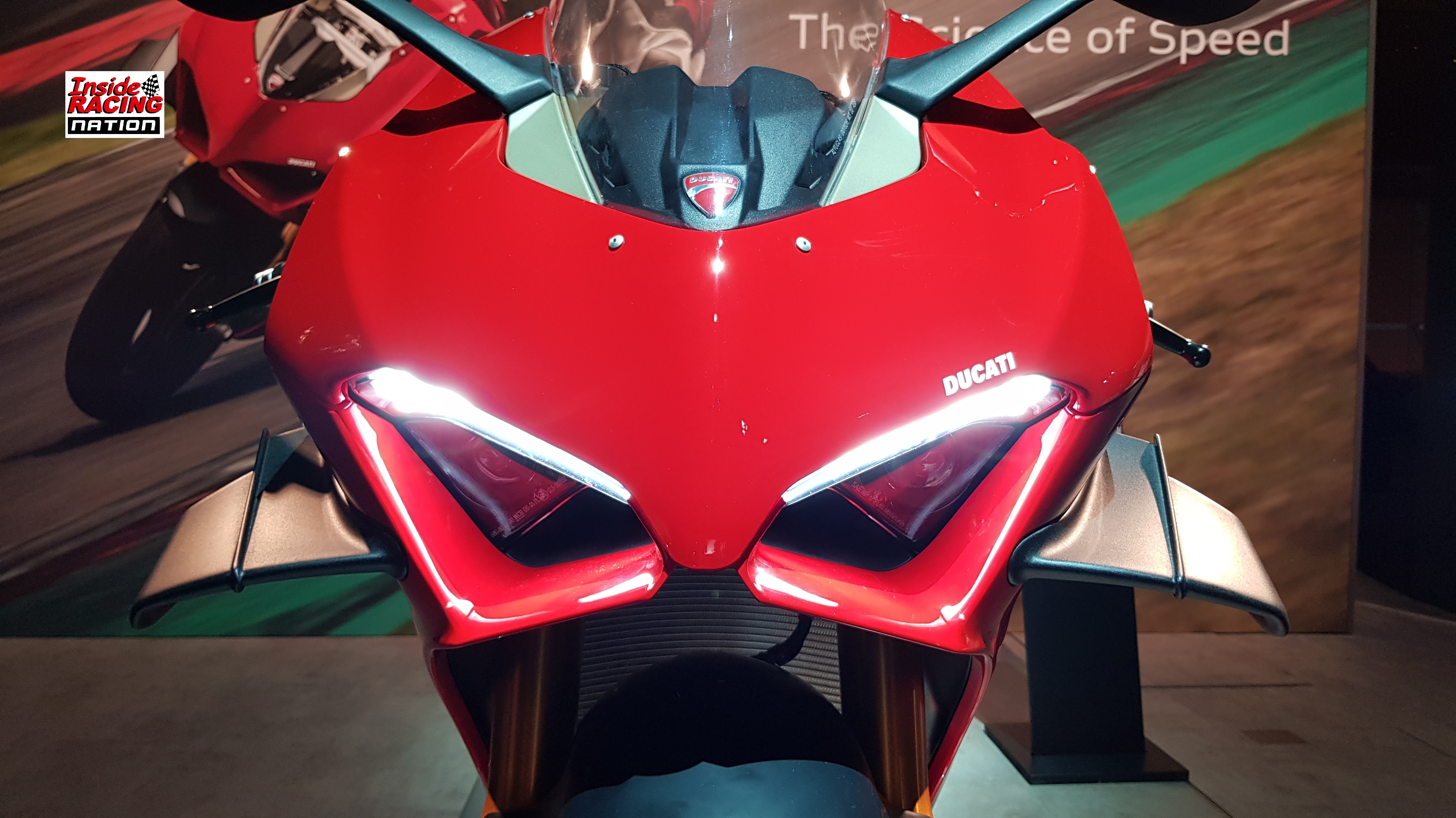 The Ducati Panigale V4 superbike that has unprecedented sales success in 2018, has gained further improvements for 2020. 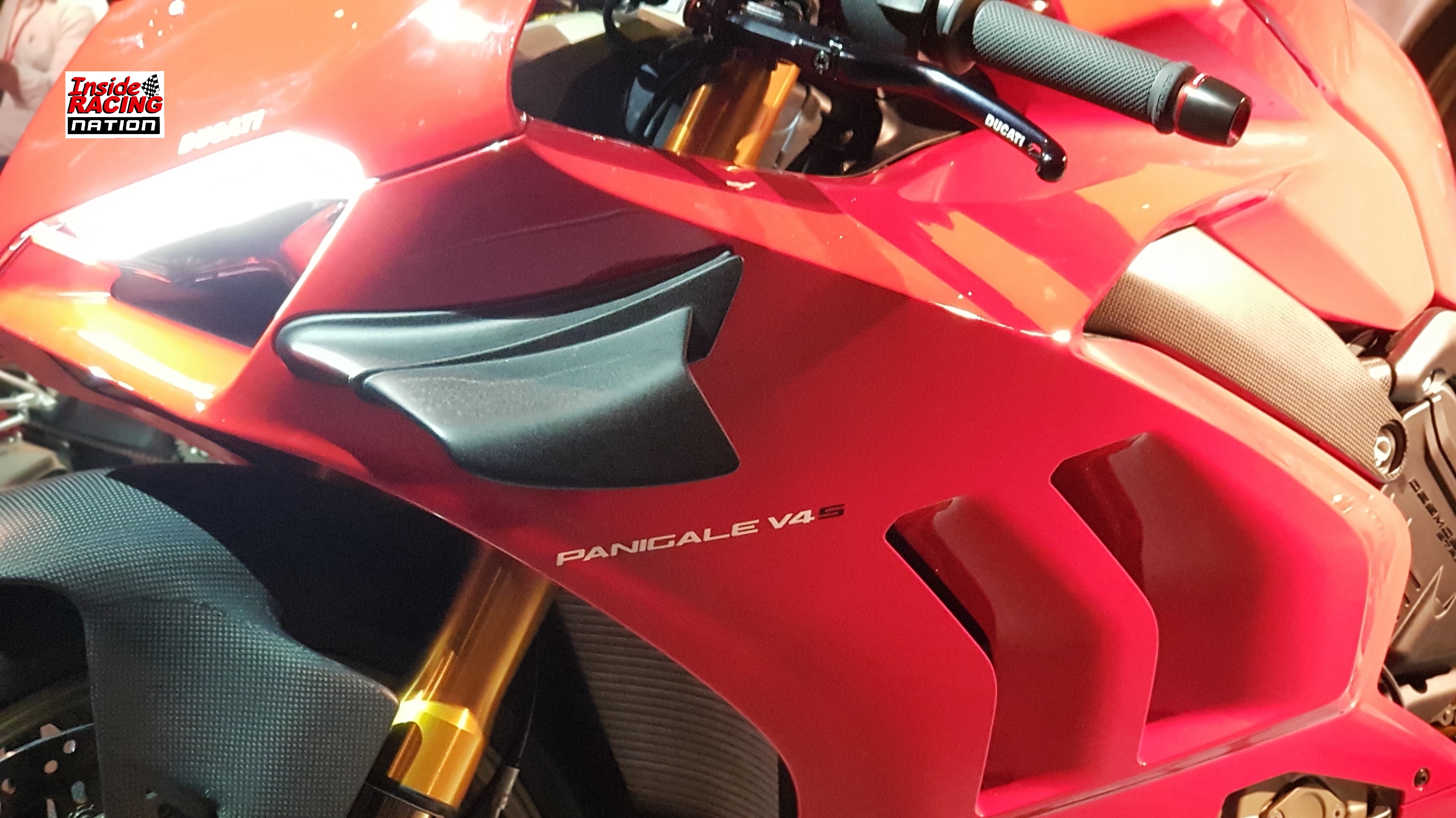 The most noticeable and lust worthy is the new bodywork adapted from the mighty V4 R superbike. These include the famous front winglets that provide a claimed 66 pounds of downforce at 168 mph. It also sports a revised and improved cooling ducts. 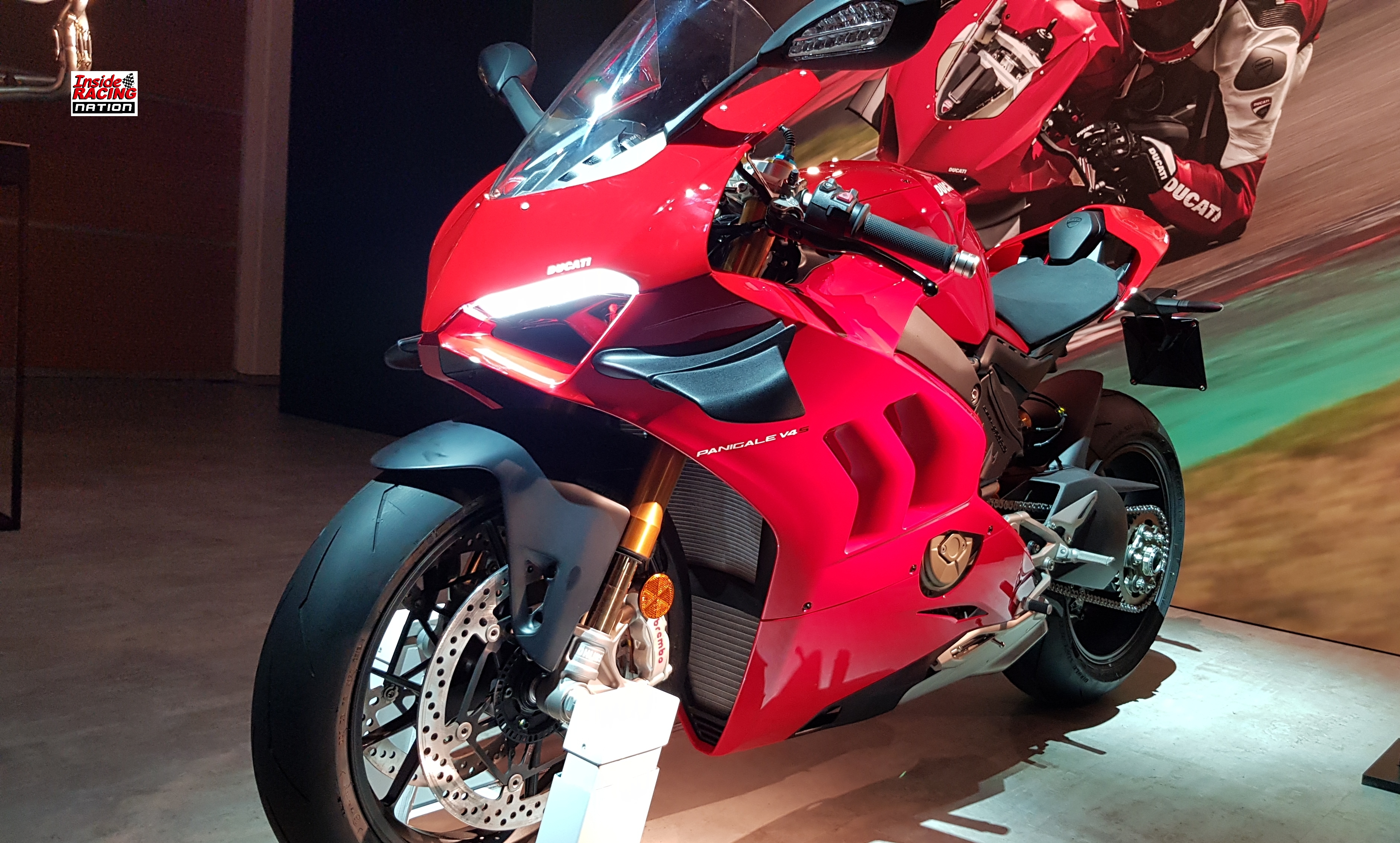 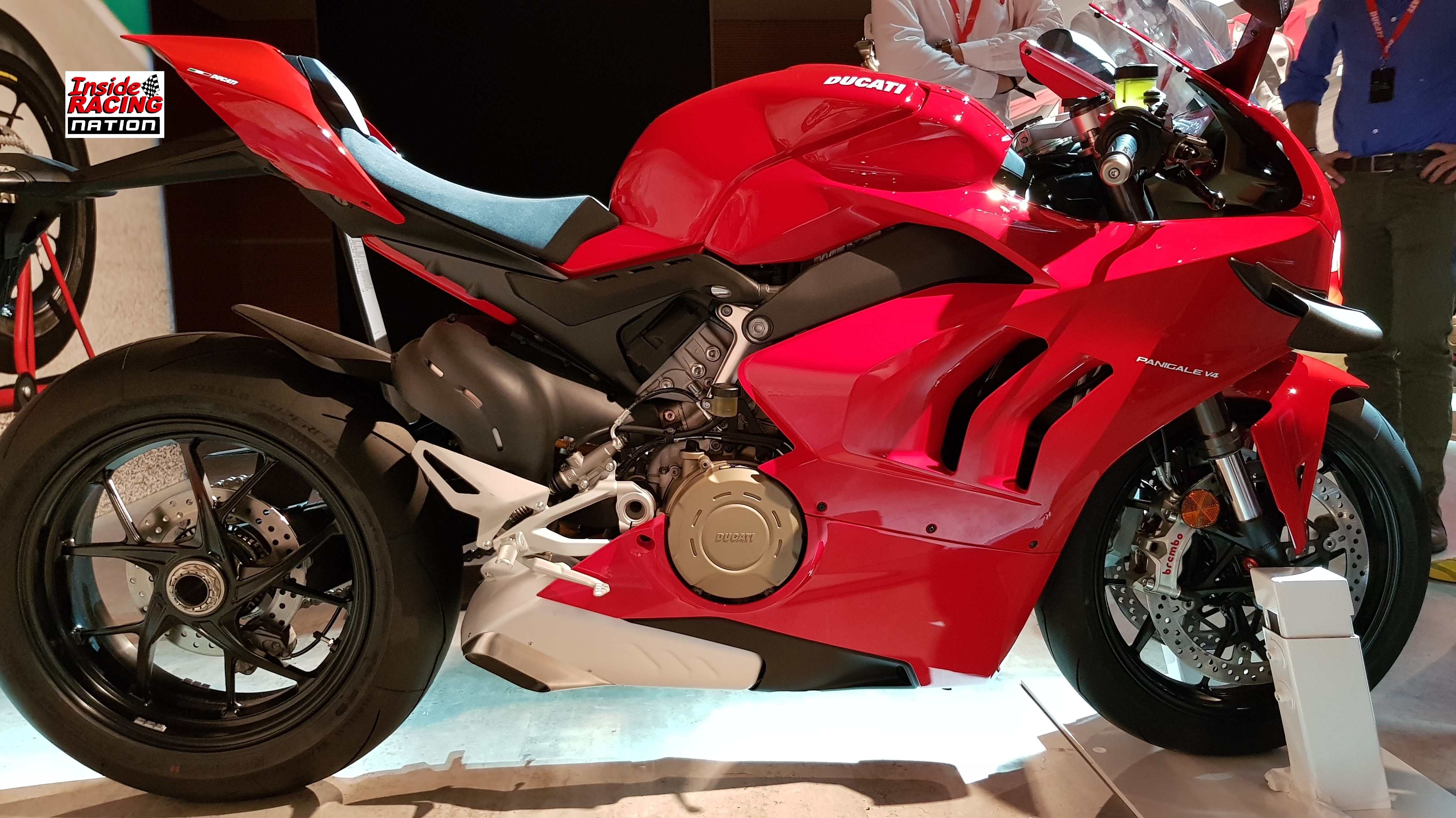 Further improvements include reducing the stiffness in the front frame, raising the center of gravity by 5 mm and softening the spring rate to allow for a more compliant chassis on turn in. 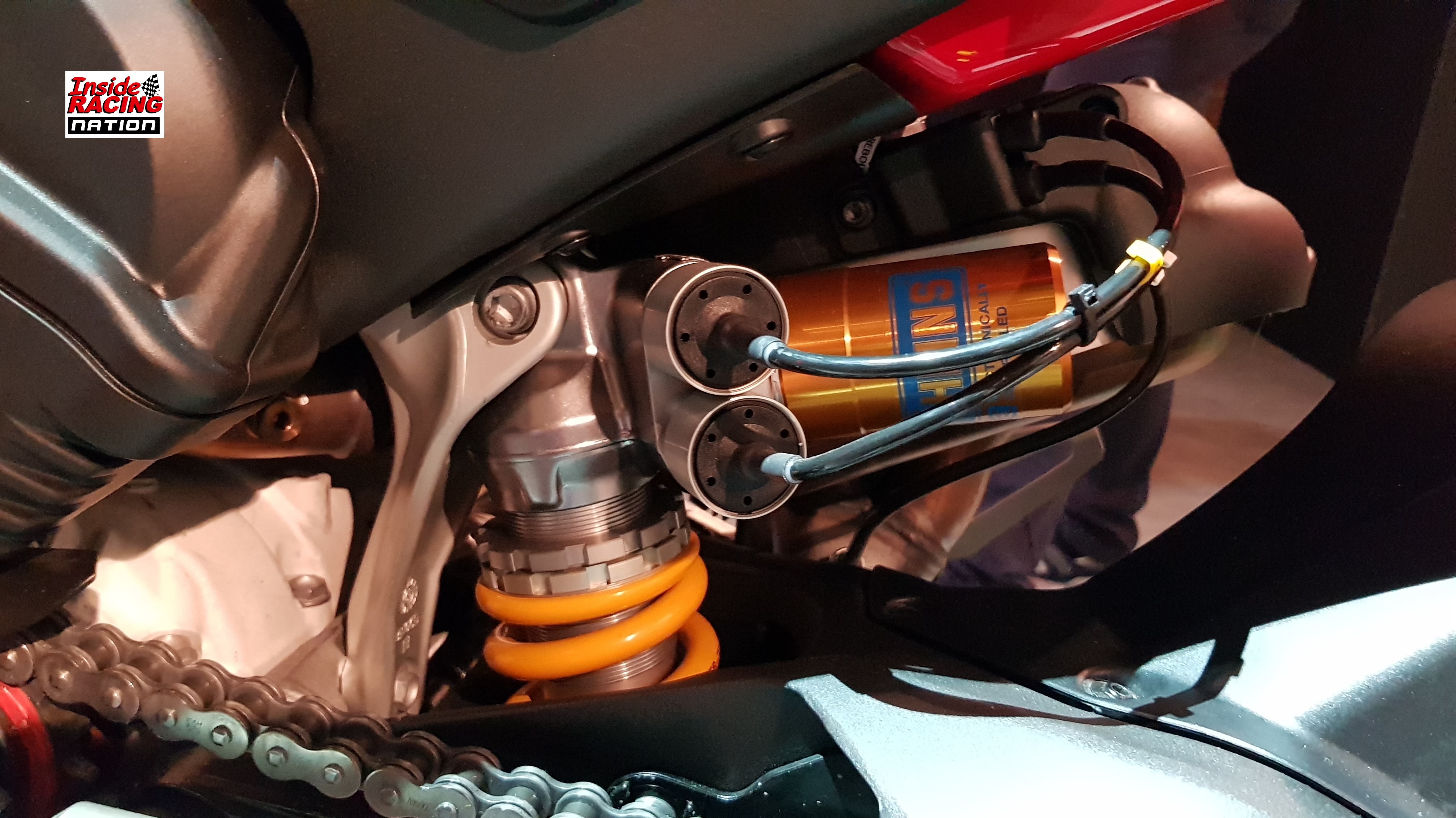 Ohlins Suspension for the Panigale S 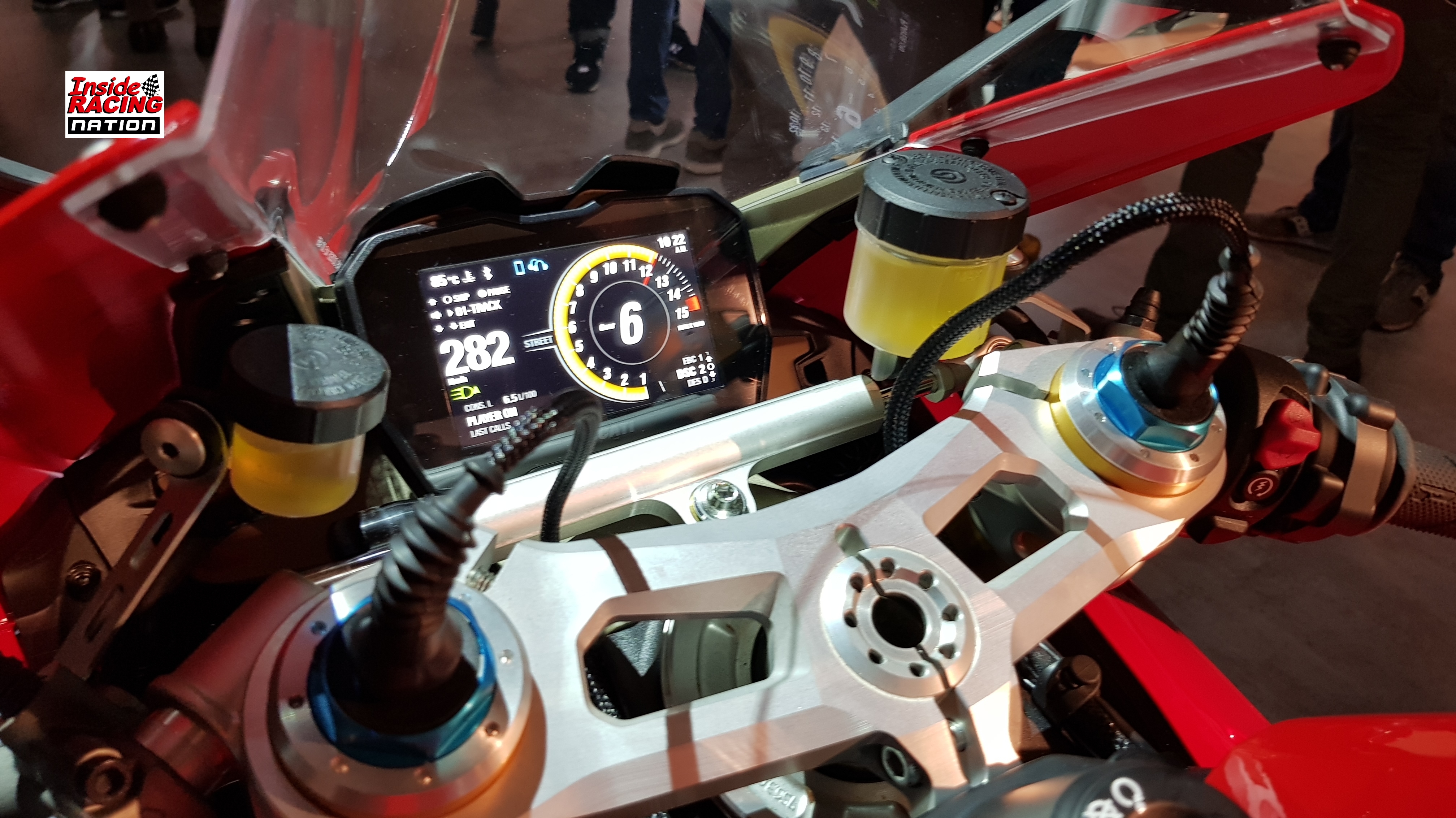 Electronic suspension for the Panigale S

The base Panigale comes with conventionally adjusted suspension, while the Panigale V4 S gets electronic Öhlins. 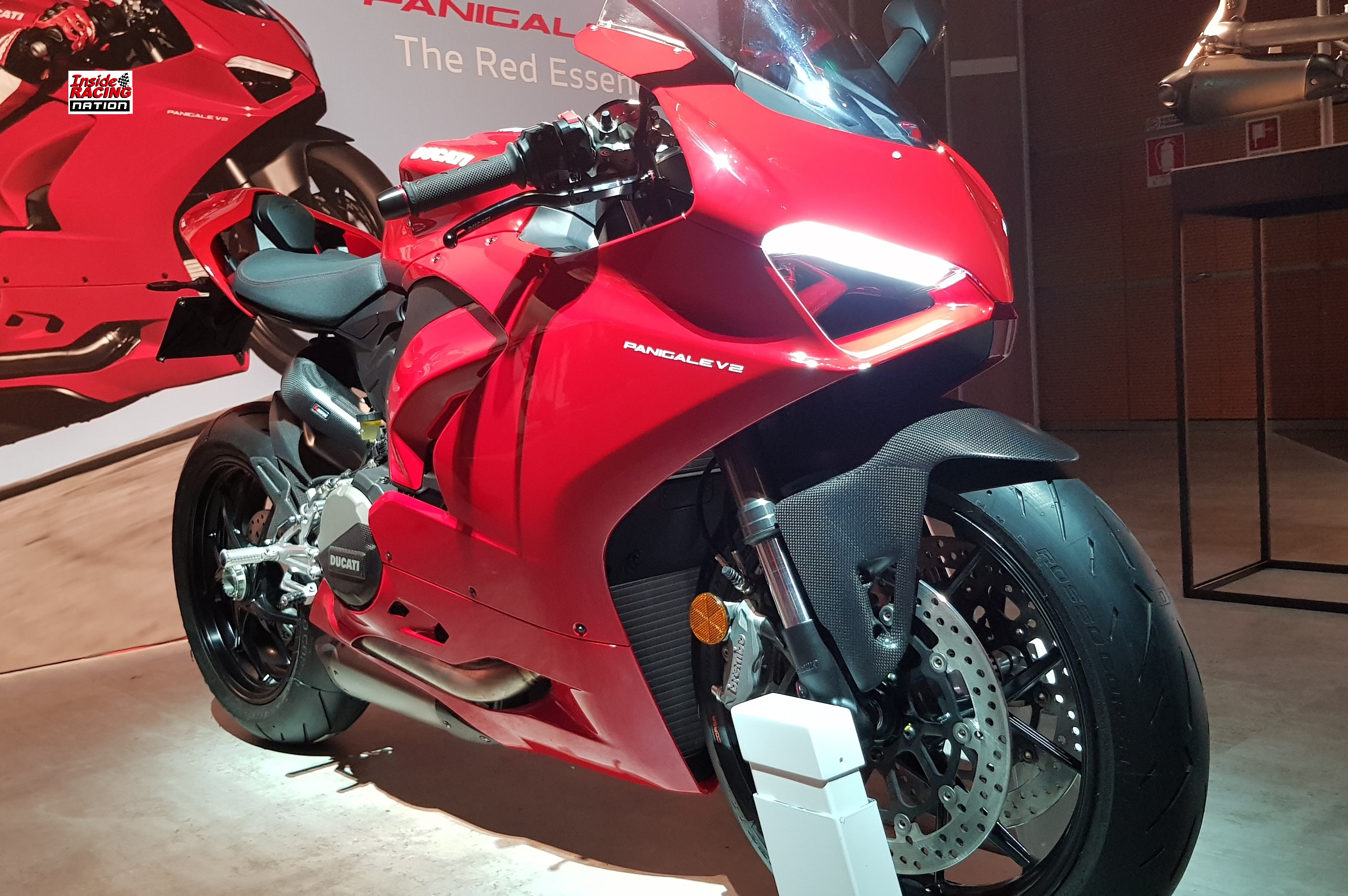 The baby Panigale will be known simply as the Panigale V2 in 2020.

It now looks more exotic and more premium than the 959 with the addition of a new single-sided swingarm and bodywork that is closely based on the Panigale V4. It also has a full color TFT dash previously available only on the bigger Panigales. 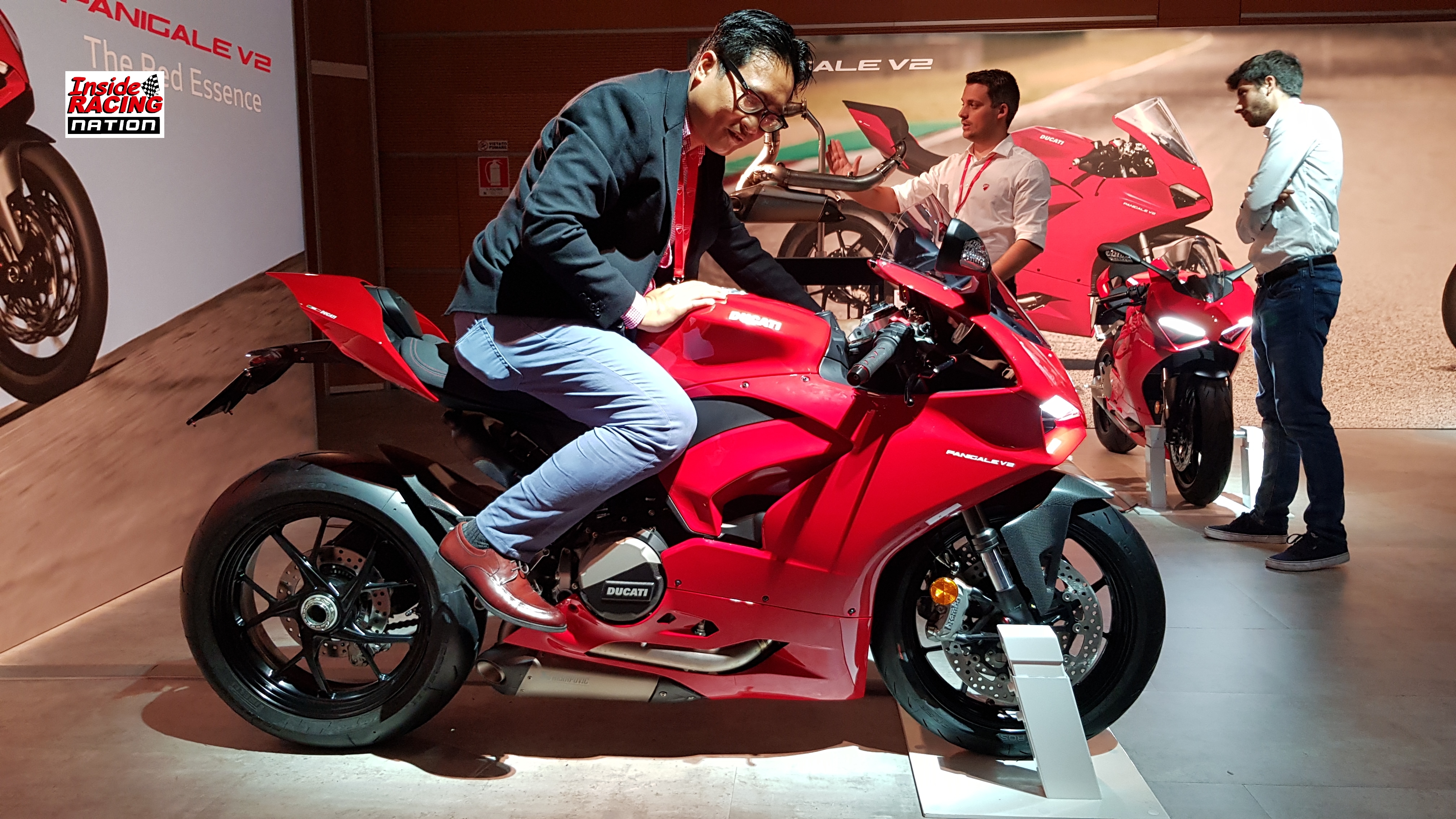 The Panigale V2 is still powered by the 955 cc Superquadro V-twin motor, which outputs 155 hp, but it’s now Euro-5 compliant thanks to a new exhaust and ECU mapping. 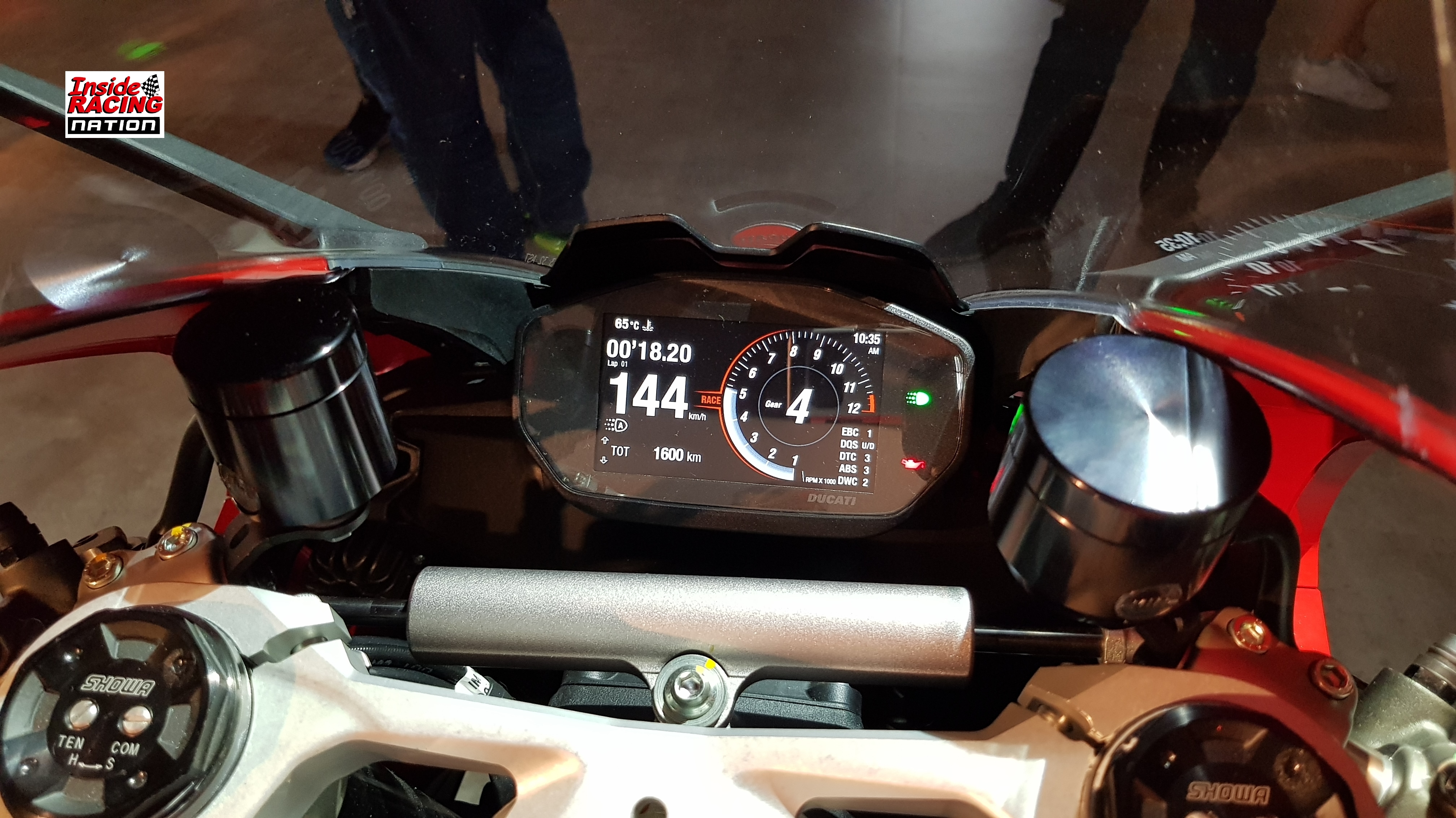 Like any modern topline liter superbike available on the market, the Panigale V2 also now has new electronics in the Bosch IMU and Cornering ABS, a new up and down quickshifter as well as traction, wheelie and engine brake controls. 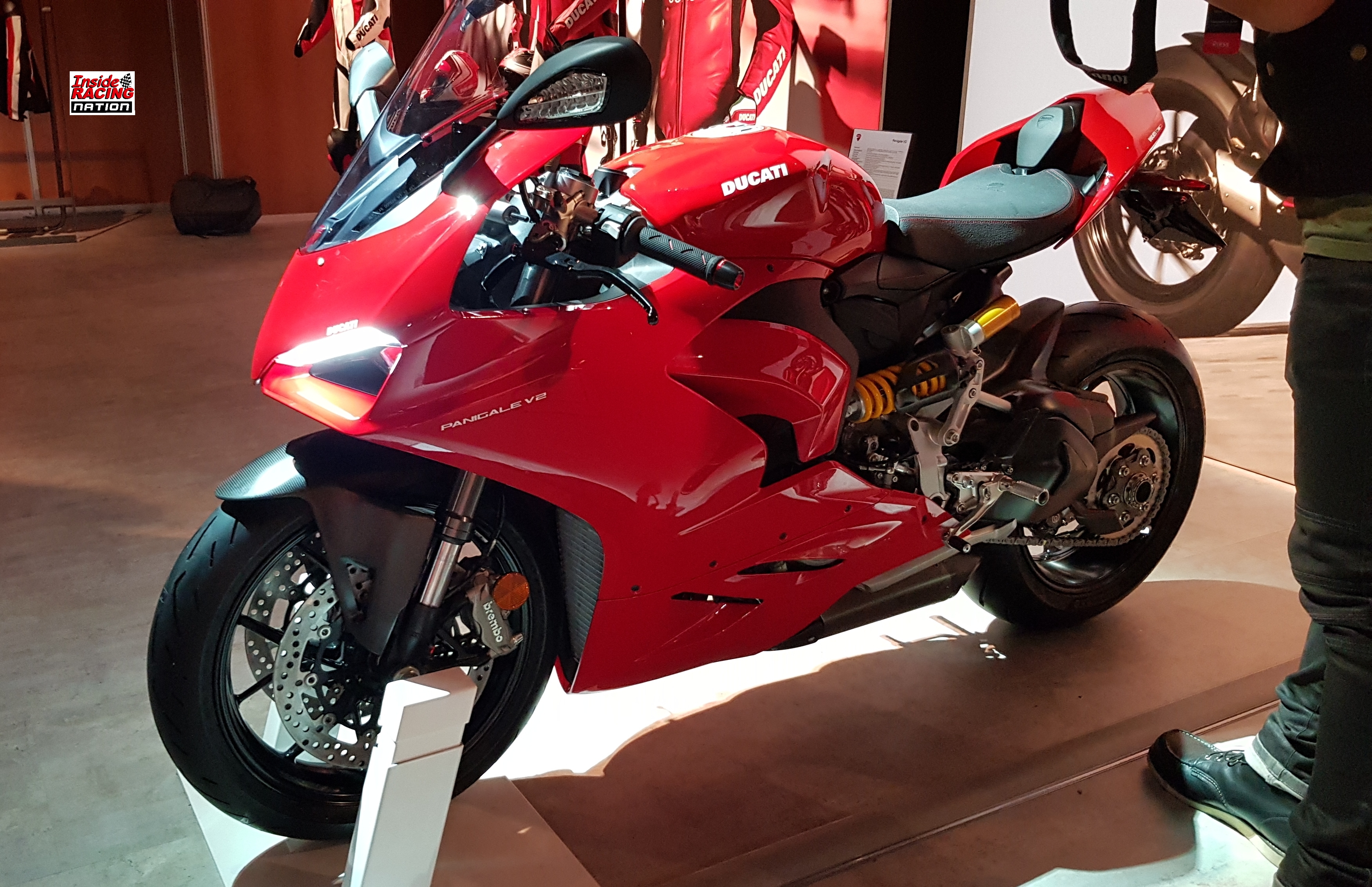 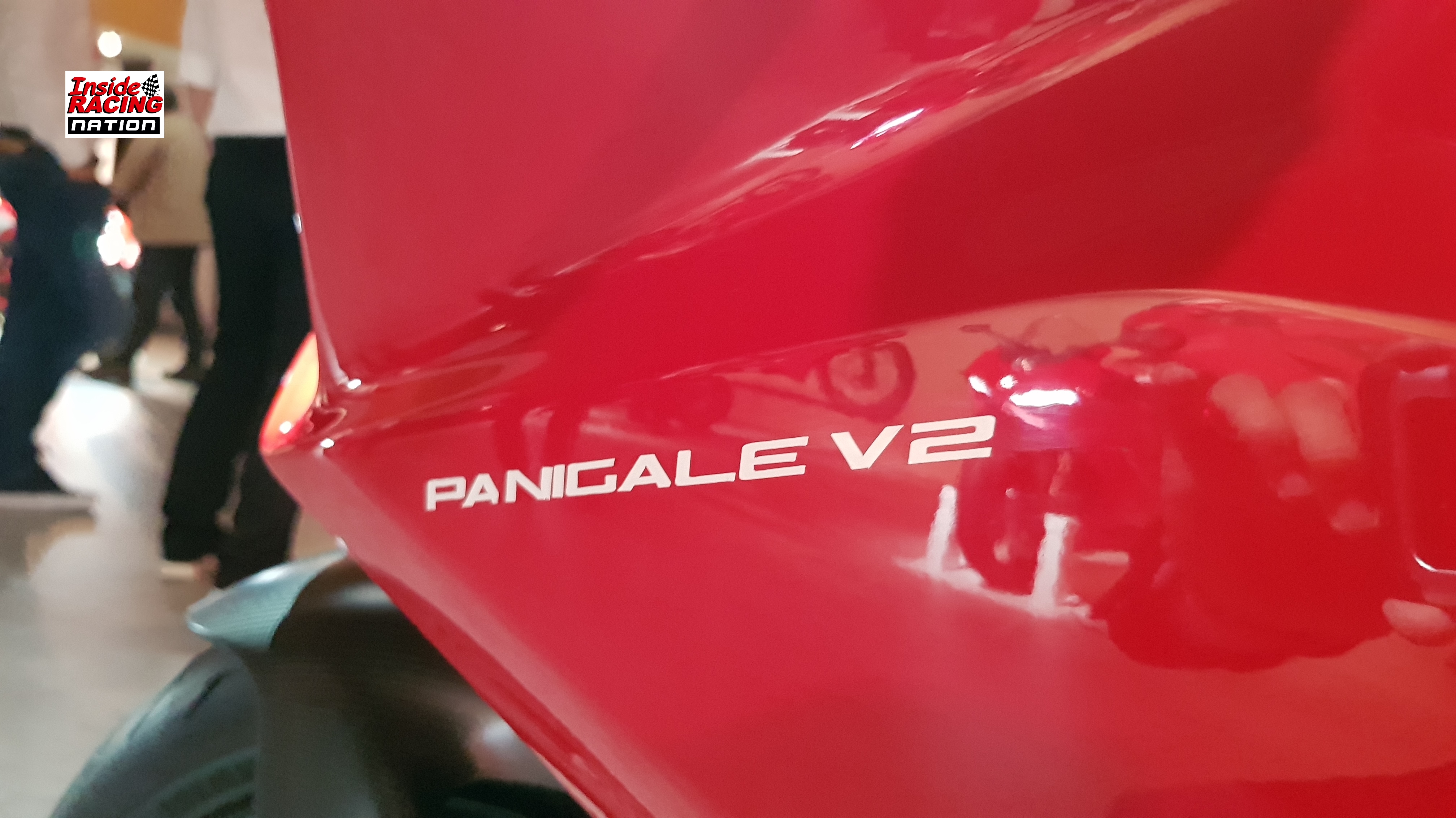 With a 338-pound (dry weight) package, the smallest Panigale in Ducati’s 2020 range will still be one of the fastest superbike on the market. 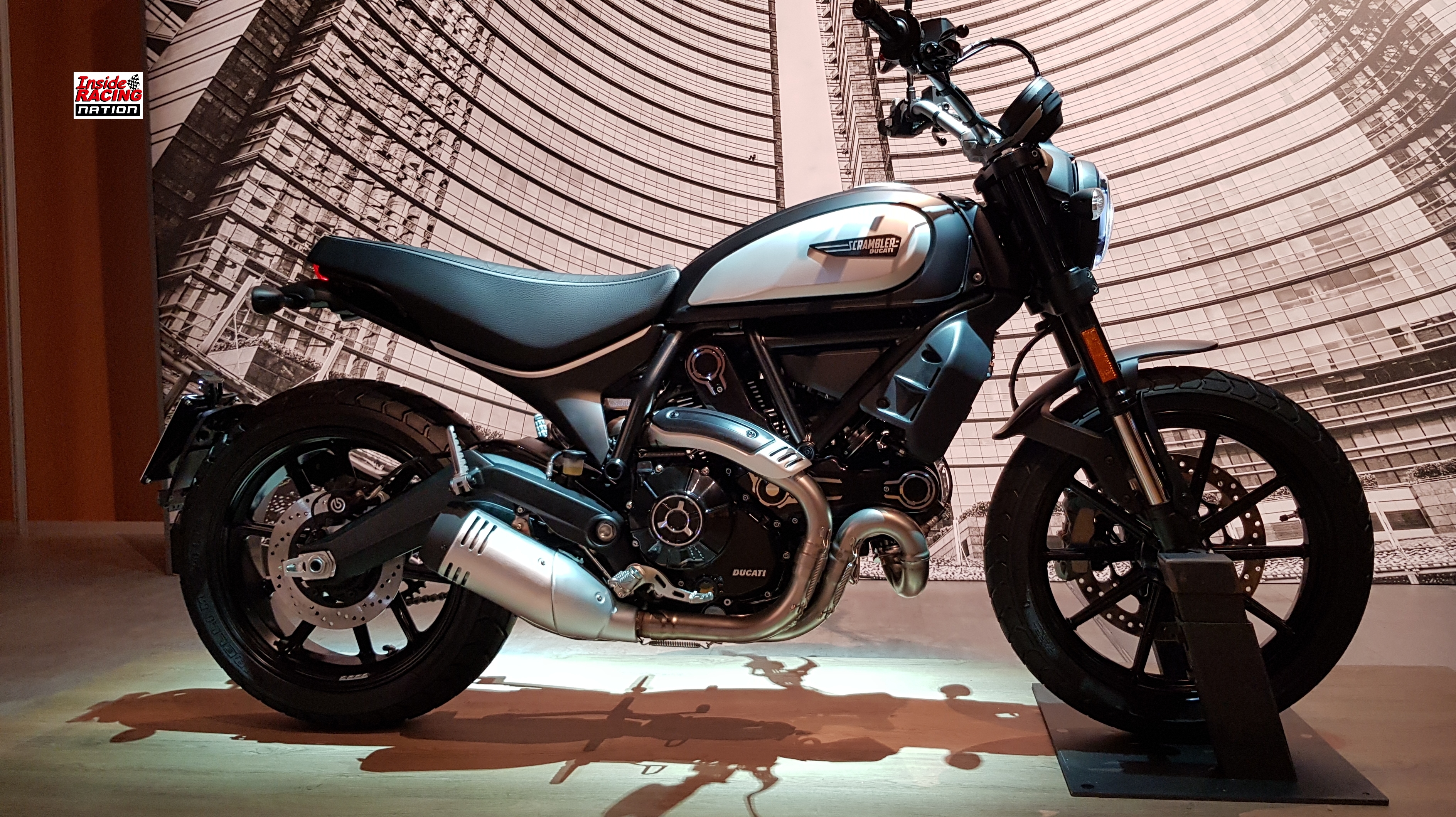 After five years since its global intro, Ducati adds another model to its Scrambler range for 2020. 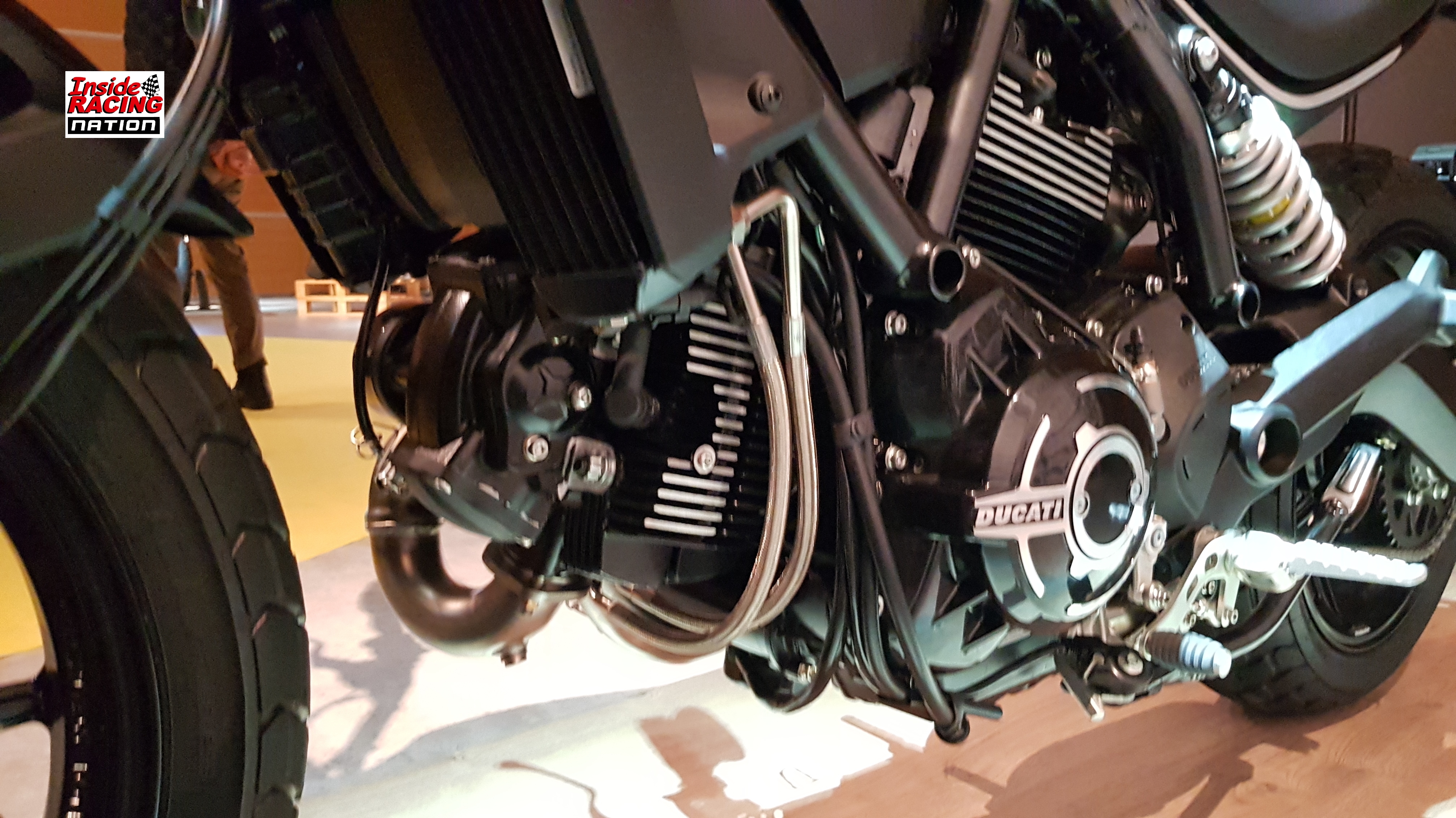 The Scrambler Dark has a Matte Dark color theme and comes with the standard Icon 803cc L-twin engine and the Kabaya suspension. 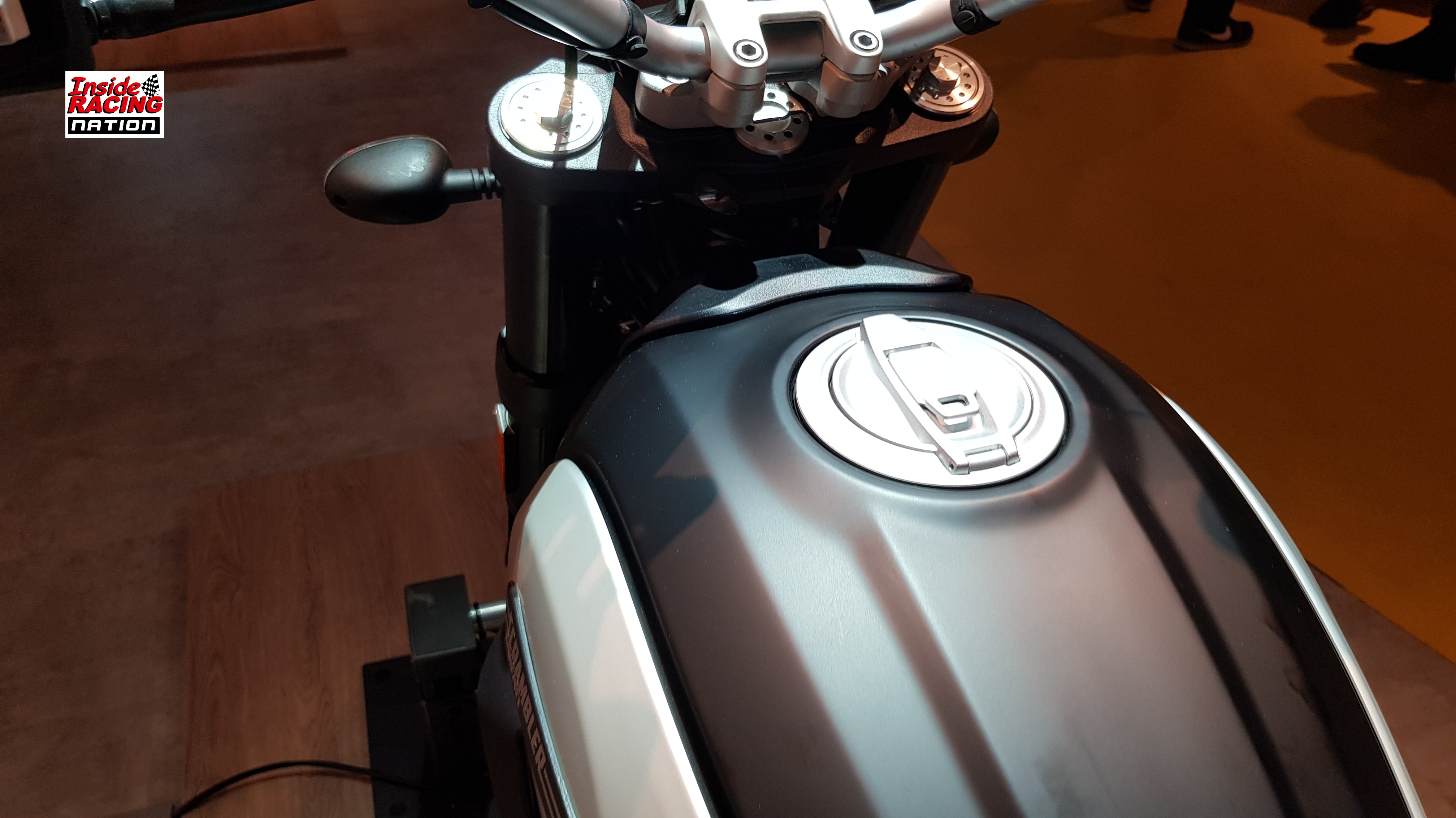 As expected, the Icon Dark’s most interesting feature is its price which will be significantly lower than the regular Icon. Though nothing is confirmed, Ducati Philippines hinted that maybe close to the original Icon’s price from 4 years ago. 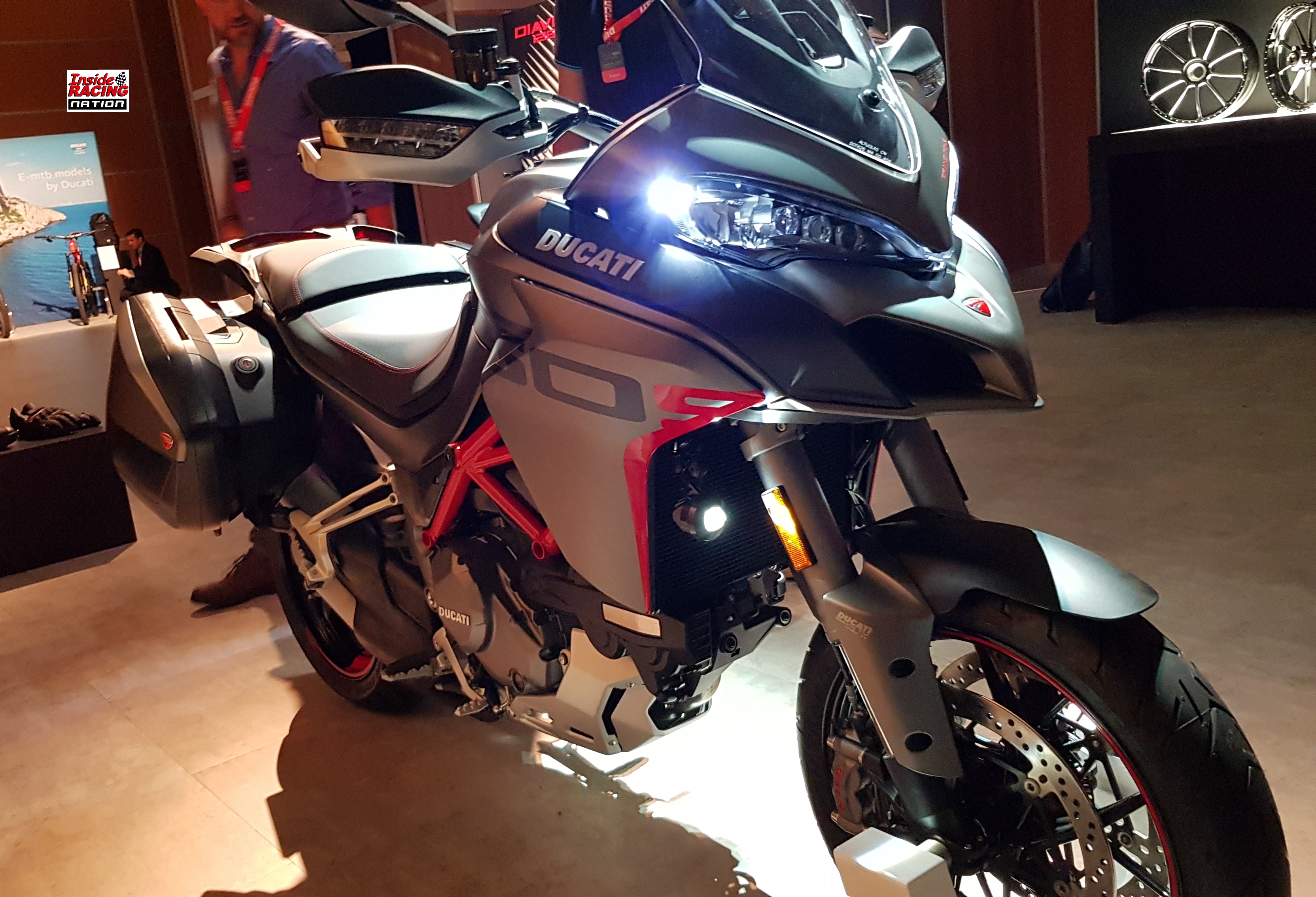 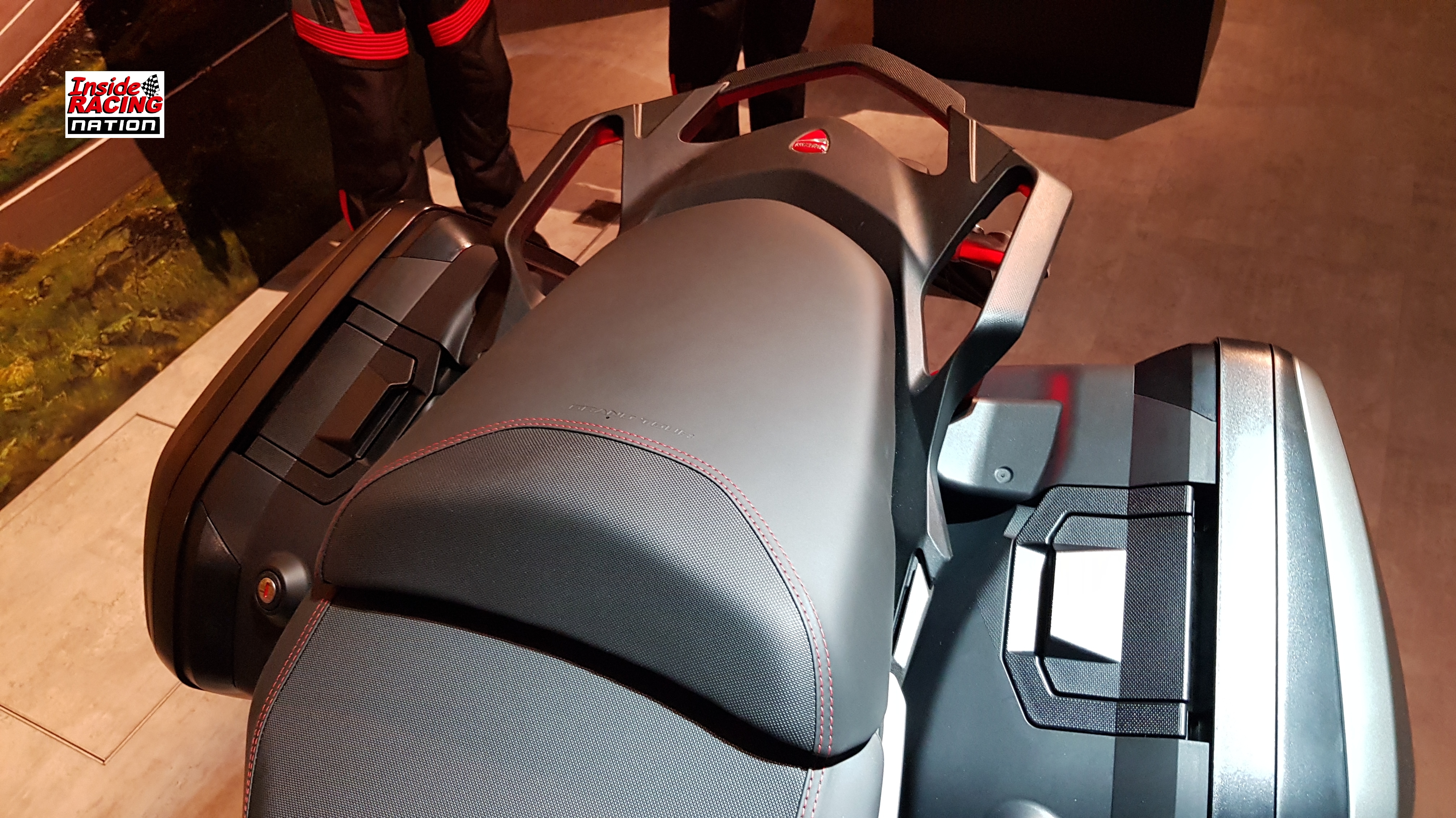 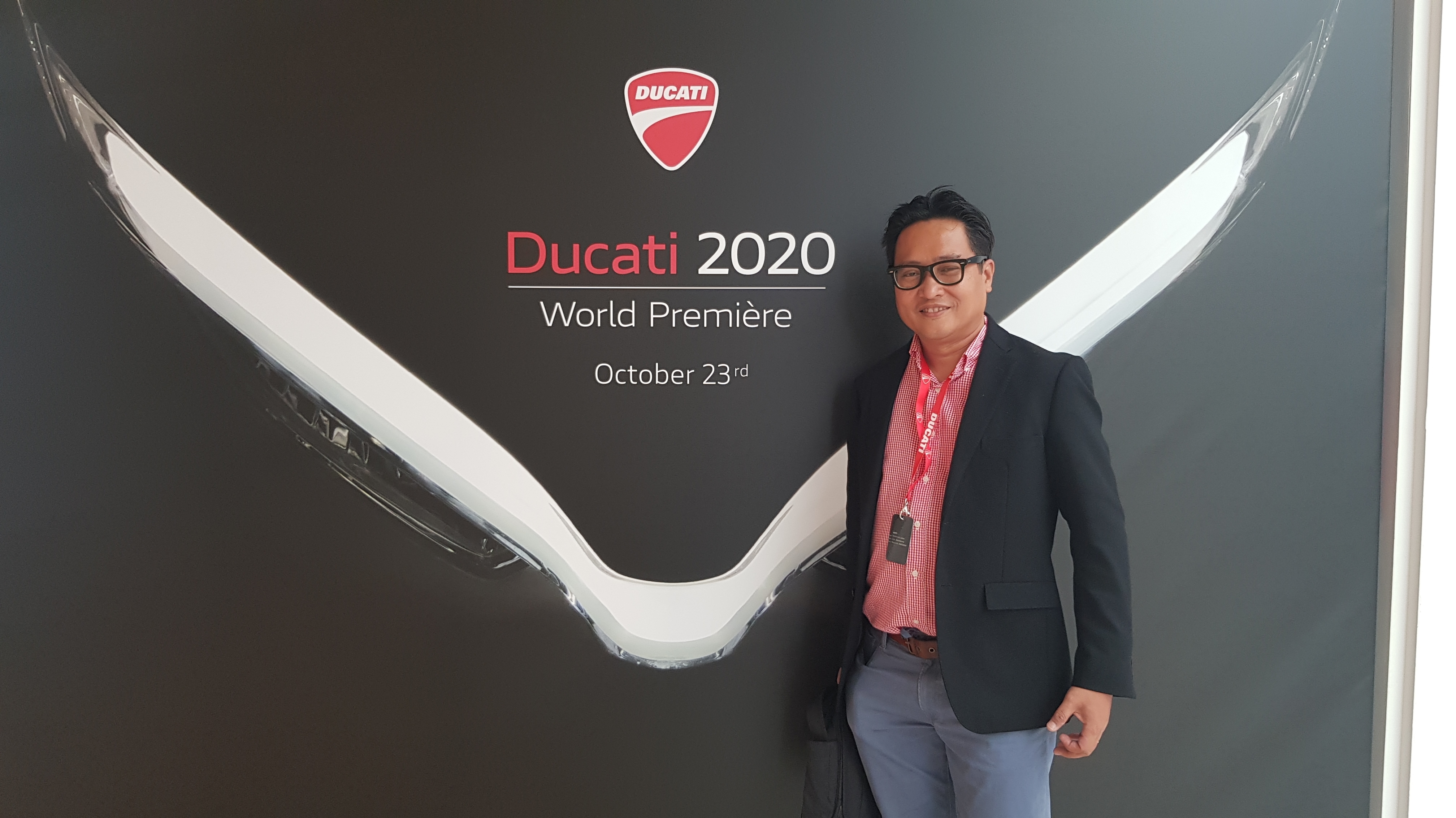 We will again see a few of these models here in the Philippines for the first time by end of March 2020 at Asia’s biggest motorcycle only show, the IR Bike Festival and Trade Show at the World Trade Center.

Which one is your favorite and what do you think about these new models? Comment below.