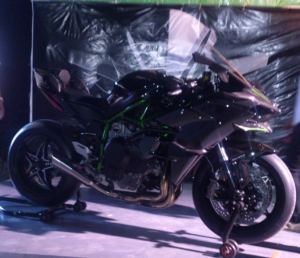 May 16, 2015 was a historic day as the first ever Kawasaki Ninja H2R in the Philippines and in Asia was unveiled. The momentous event was held during the grand opening of the Kawasaki Leisure Bikes in Cabanatuan, Nueva Ecija, a dealership owned by Wheeltek Motor Sales Corporation.
The H2R is a supercharged motorcycle that produces 300 horsepower. 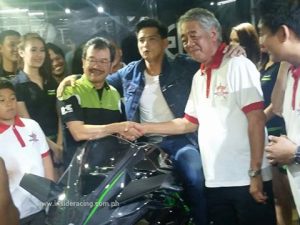 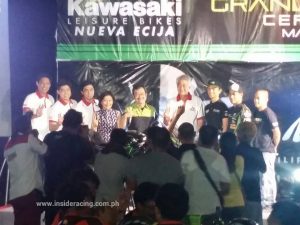 The Odulio family with KMPC President Mr. Jin Inoue and Kawasaki riders Dashi Watanabe (third from right) and Joey Storm Rivero (2nd from right) during the public unveiling of the H2R outside the Kawasaki Leisure Bikes Nueva Ecija 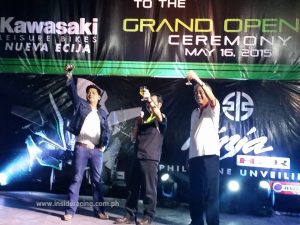 Several Kawasaki big bike clubs and other groups from different brands showed support to the event and rode their way to Cabanatuan. They were all recognized and given certificates of appreciation and raffles were held. The Kawasaki Lesiure Bikes in Nueva Ecija is located at Maharlika Highway, Brgy. Bitas, Cabanatuan City. It serves as a hub for the leisure bike lineup of Kawasaki with impressive showroom and facilities for Kawasaki big bike owners and customers.