Wheeltek recently held the 3rd Wheeltek Track Day and the event was a success. At more than 130 participants, the 3rd edition is by far the most attended edition of this annual event. The Clark International Speedway was the chosen venue once again and the event was put in place as a way of giving back to the loyal customers of Wheeltek. Former pro racer Joey Storm Rivero spearheaded the track day starting from the classroom-type of lecture up to leading the pack once it was time to hit the race track. Also highlighted were several of the big bikes that Wheeltek carries such as the Suzuki Hayabusa, Suzuki GSX-S1000, Kawasaki H2R, Kawasaki Z1000, and the newly released Kawasaki W800. The Yamaha R1 was also seen doing the rounds at the race track along with the KTM RC and Duke motorcycles.

Leading the Wheeltek team during the event were VP for Sales and Marketing Mr. Roscoe Odulio and General Manager for Big Bikes Mr. Bobby Orbe.

Read about the full event report on the next issue of InsideRACING Magazine. 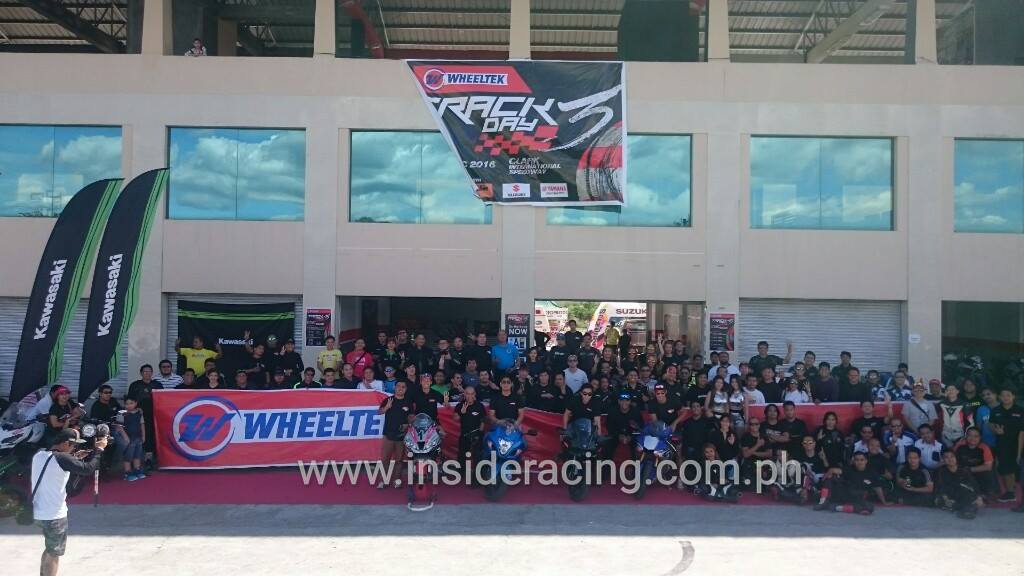