Yamaha Motor Corporation, U.S.A. is pleased to announce Fresh N’ Lean, a nationwide organic healthy meal delivery service, as the title sponsor of the Fresh N’ Lean Attack Performance Yamaha Racing team for the 2021 MotoAmerica Superbike Championship. The new partnership is a perfect fit with Fresh N’ Lean’s focus on performance through nutrition to fuel Attack Performance Yamaha Racing’s championship-proven performance on the track. Heading the campaign for the MotoAmerica Superbike Championship is a powerhouse lineup with Josh Herrin joining Jake Gagne on the Yamaha R1. 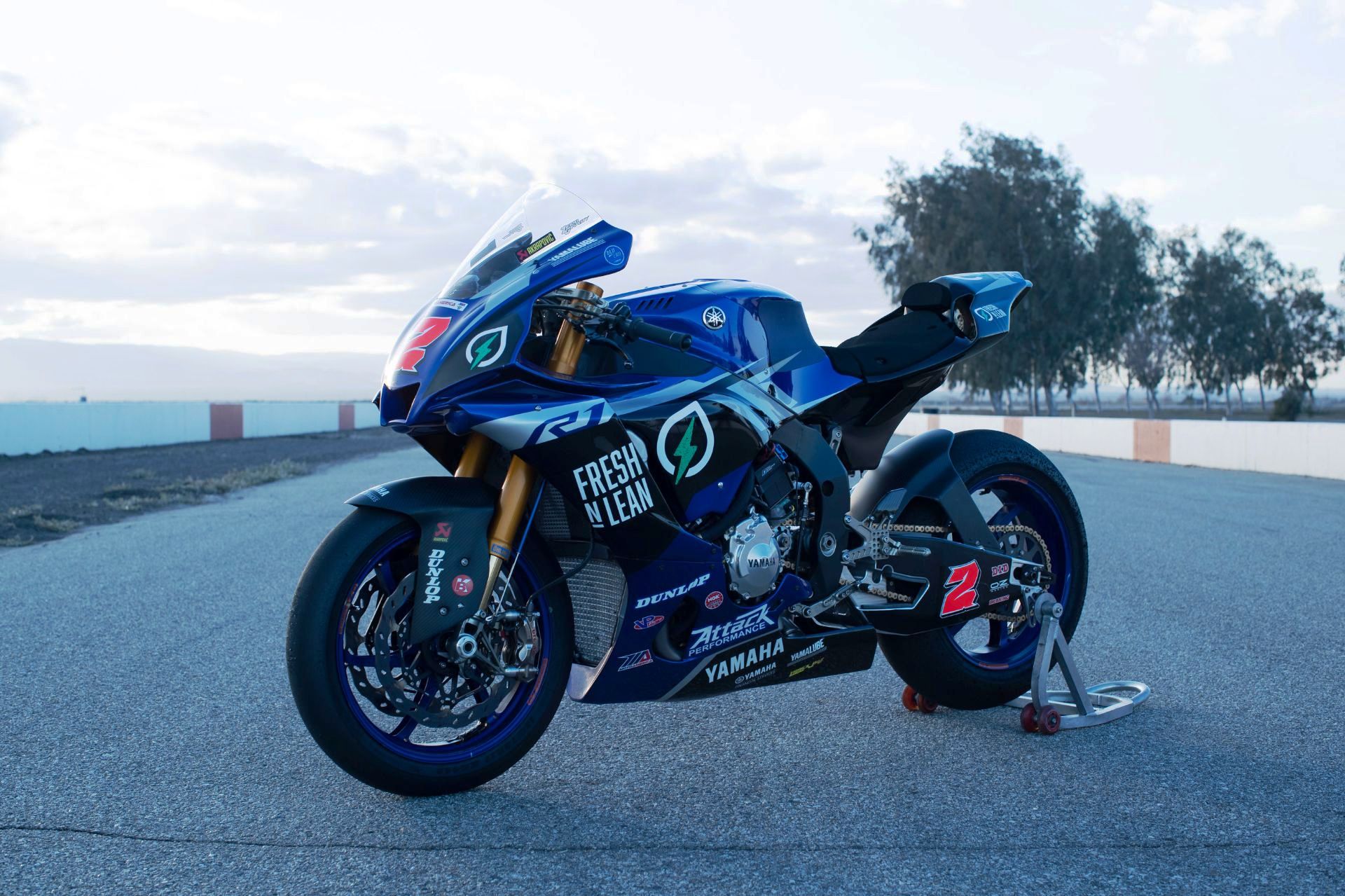 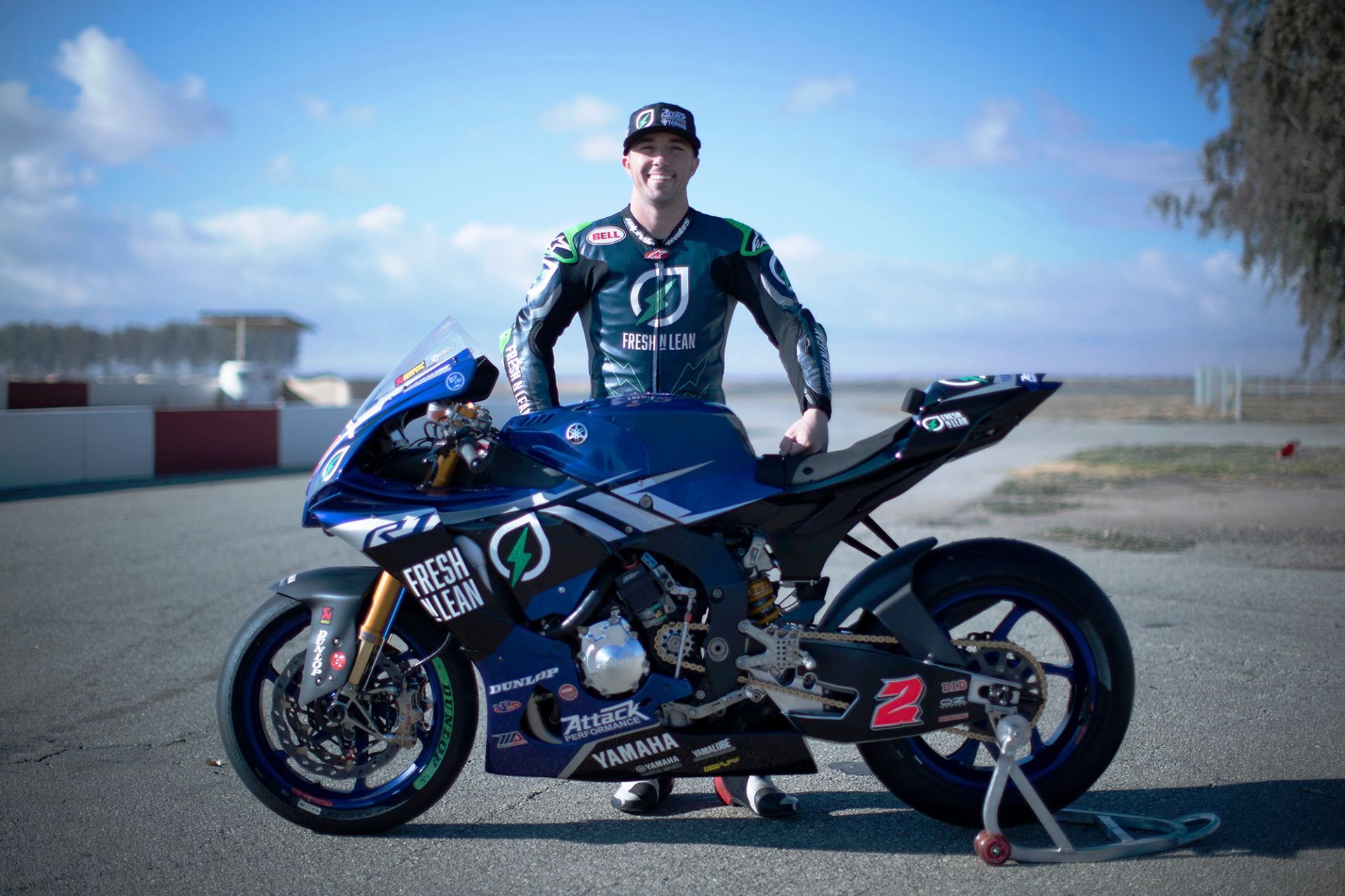 Making his big return to Yamaha in 2021, Herrin has a history of success with both Yamaha and Attack Performance. The 30-year old’s professional career started with Yamaha where he earned 15 career wins in the 600cc class before moving up to the premier class and was crowned the 2013 Superbike Champion in his sophomore season. Herrin continued his championship form with the Yamaha brand in 2016, taking the number-one plate in the Superstock 1000 class. In 2018, he showed strength aboard the Attack Performance Yamaha R1, scoring two wins in a stacked premier class for the privateer team. With a total of eight career Superbike wins thus far, Herrin heads into the 2021 season with the Fresh N’ Lean Attack Performance Yamaha Racing team ready to come out swinging for more wins and another Superbike title. 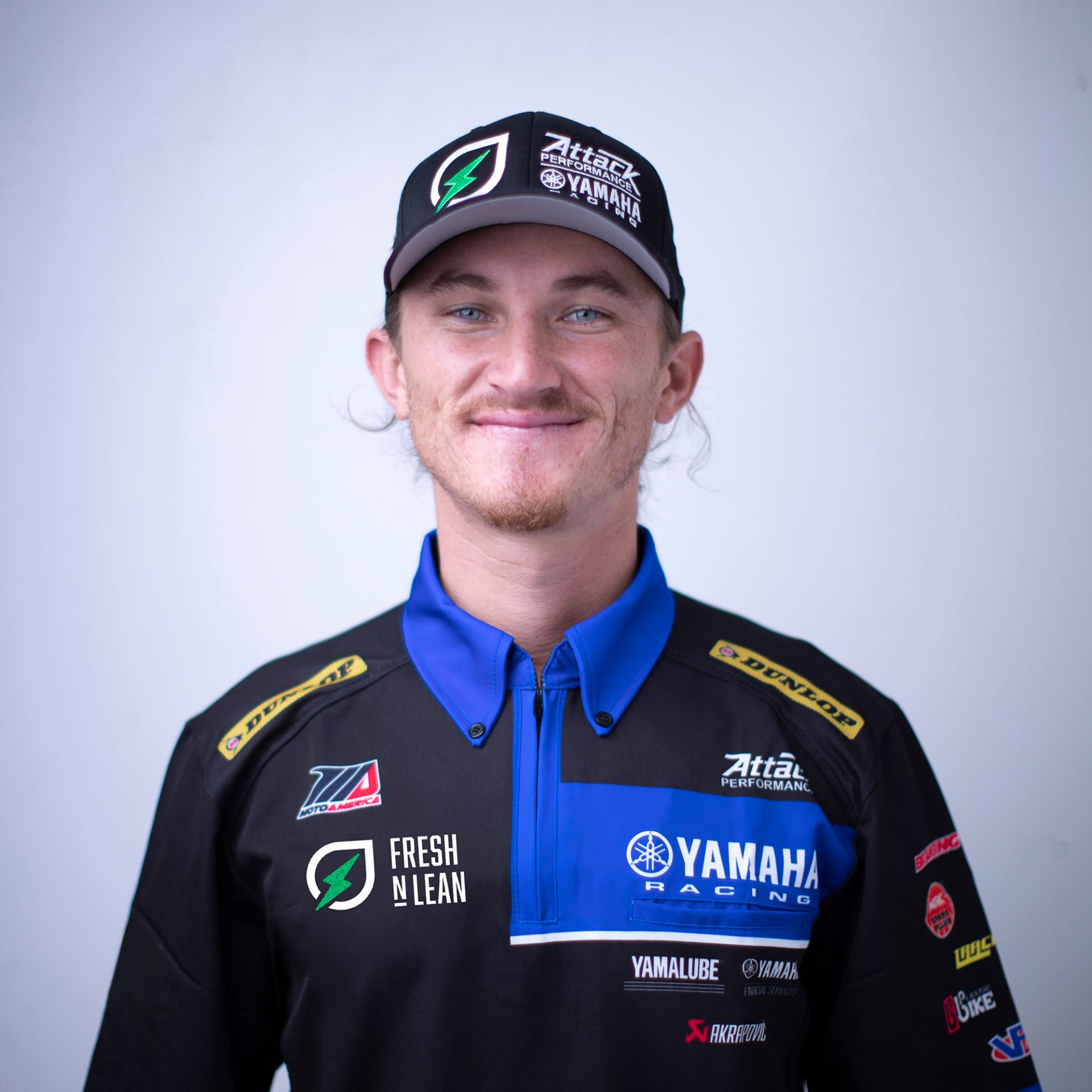 Gagne is also eager to start his 2021 MotoAmerica Superbike Championship campaign. After a solid first season with the team finishing second overall in the standings behind his teammate Cameron Beaubier with 11 podiums, the Californian heads into the new year with a lot of confidence. Gagne also has a history of success with Yamaha – the 2014 Daytona Sportbike Championship and 2015 MotoAmerica Superstock 1000 Championship – and is looking to move up to the top step of the podium and fight for the crown in the premier class.

Based in Anaheim, California, Fresh N’ Lean offers delicious, organic chef-prepared meals fit for any lifestyle delivered nationwide. Their chef-crafted meals are balanced, protein-packed, and nutrient-dense so that every bite is fully optimized to give you everything that you need to achieve your goals.

Thomas Asseo (Co-CEO of Fresh N’ Lean): “It’s a thrill to see Fresh N’ Lean associated with such a great brand. I’ve long been an admirer of Yamaha. They’ve never stopped making great products with an amazing attention to detail. Long before I ever dreamed that we might sponsor a race team, if I was considering a motorcycle or a piano (two things that matter to me!), it was going to be a Yamaha. As a meal delivery service, Fresh N’ Lean holds the belief that food is fuel, and that the proper fuel makes all the difference. The athletes we work with represent a wide variety of sports and they have reinforced this belief by showing us how proper food enhances the potential of what they can achieve. As a racing fan and amateur racer, I can really appreciate the incredibly high-level of racing in MotoAmerica. Josh Herrin been a great ambassador for our brand and gave us a better sense for this space.  He really helped make the sponsorship of a top MotoAmerica team a logical and very exciting progression; one that supports our plans for 2021. There are so many parallels between racing and running a business. The need to remain focused on seeking the right opportunity to make a winning move. Extracting the maximum potential from your set up today and working to make the motorcycle do more tomorrow. These concepts and philosophy are the force behind bringing this partnership to life.”

Richard Stanboli (Fresh N’ Lean Attack Performance Yamaha Racing Team Manager): “We are very excited to have Fresh N’ Lean as a racing partner and the title sponsor of the team. Thomas Asseo of Fresh N’ Lean has been a customer and a friend of our shop for a number of years. He is also a racer and a Yamaha brand enthusiast. He understands racing and the high level of energy that is required. Fresh N’ Lean continues to rise in popularity and it is a good fit for our sport. Our riders and team members are always on the move so eating fresh and healthy food that’s quick and easy will add to our level of performance. We look forward to putting the Fresh N’ Lean Attack Performance Yamaha Racing team on the top step of every podium in 2021.” 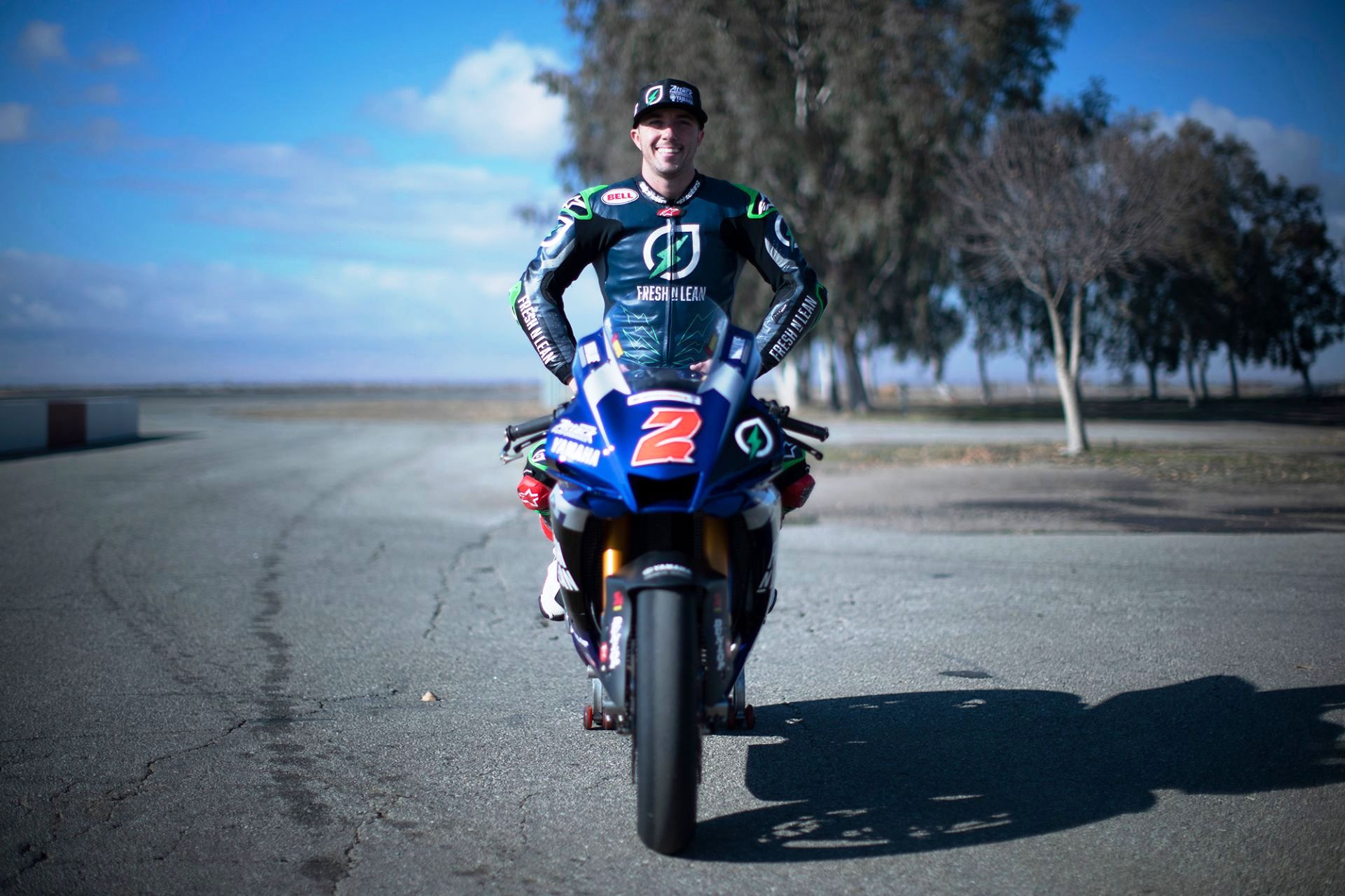 Josh Herrin (Fresh N’ Lean Attack Performance Yamaha Racing): “After that tough year in Moto2 in 2014, getting back with Yamaha has been something that I’ve been dreaming about. To be able to not only come back to Yamaha but to have Richard and Attack running the team is amazing. Working with Richard in 2018, I think that was the best year I ever had. We didn’t win the championship, but as a small team, we were able to win races in Superbike. I felt the most comfortable on that motorcycle out of any other bike that I have ever ridden. I’m excited to get both of those partnerships back. I knew that combining Yamaha and Attack was going to be something really special. I’m just happy to be a part of this program. With Fresh N’ Lean stepping up as a title sponsor for the team, it’s going to be extra special for me. They’ve been a sponsor of mine for three years now. Thomas Asseo, the owner of Fresh N’ Lean, is super excited about this deal. It’s going to be neat having him on board. He’s got an R1 and does a lot of track days and club races. For me, I’m just excited to go out and be able to win some races again. It was a rough year for me in 2020. I’m looking forward to getting back on a bike that I know and that is a proven championship-winning bike.” 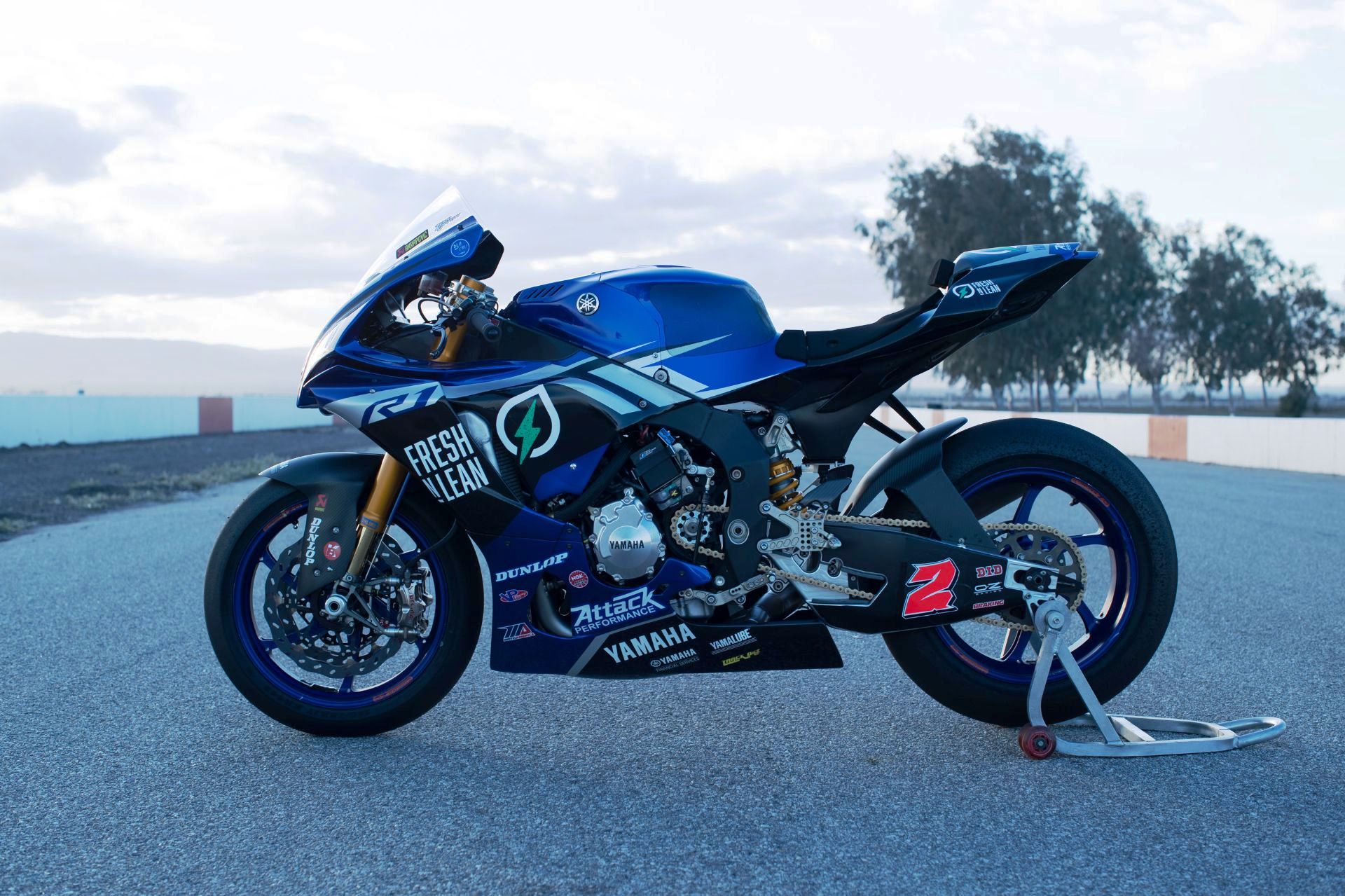 Jake Gagne (Fresh N’ Lean Attack Performance Yamaha Racing): “I can’t wait for 2021 to begin! I have such an awesome team and bike to work with and I’m looking forward to riding it in the offseason. It will be awesome to bring what we’ve learned in 2020 to keep going forward. I have no doubt that we have a winning package so it’s time to do the work and get ready! Thanks to Yamaha, Attack, Fresh N’ Lean, and all of our sponsors.”

Words and photos by Yamaha Racing