With the 2020 MotoGP season having come to an end, the Yamaha Factory Racing MotoGP Team wants to thank Valentino Rossi for his 15 years of outstanding hard work, dedication, and passion. He has been a key member of the Yamaha family during two long terms in his impressive Grand Prix racing career (from 2004 – 2010 and from 2013 – 2020). The Factory Yamaha MotoGP Team take this opportunity to share their heartfelt appreciation of the still very much active MotoGP legend, as well as the departing crew members, and celebrate their remarkable achievements. 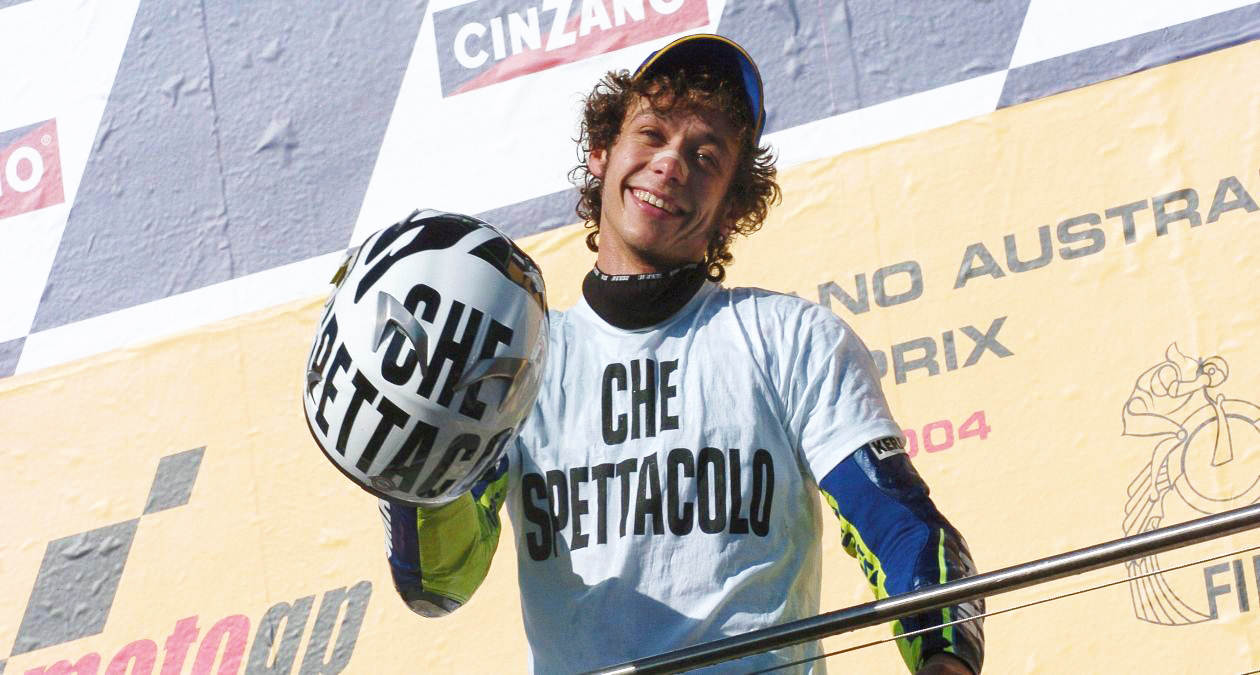 Valentino started riding for the team in 2004 and stayed for seven years, then had a brief two-year stint at Ducati, before he came back to Yamaha where he refound his purpose, his energy, and his performance. His second term with the Factory Yamaha MotoGP Team lasted eight years, one year longer than his first term and a clear indication of how much the Italian feels at home with Yamaha. 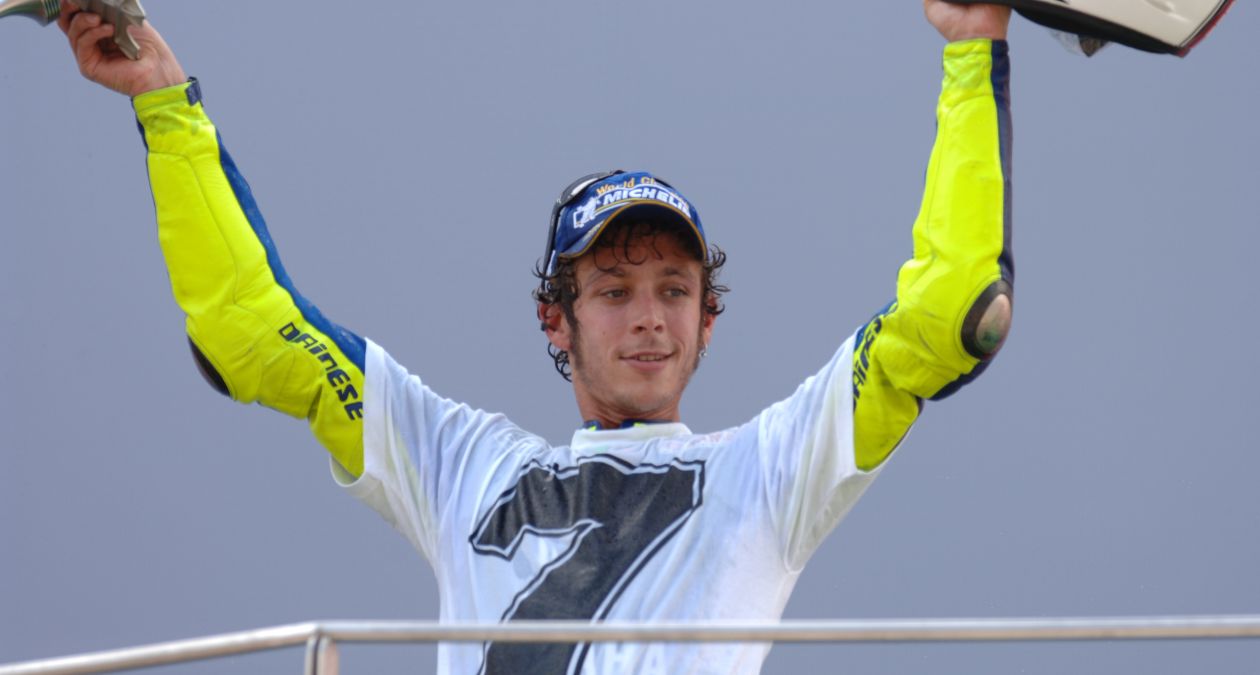 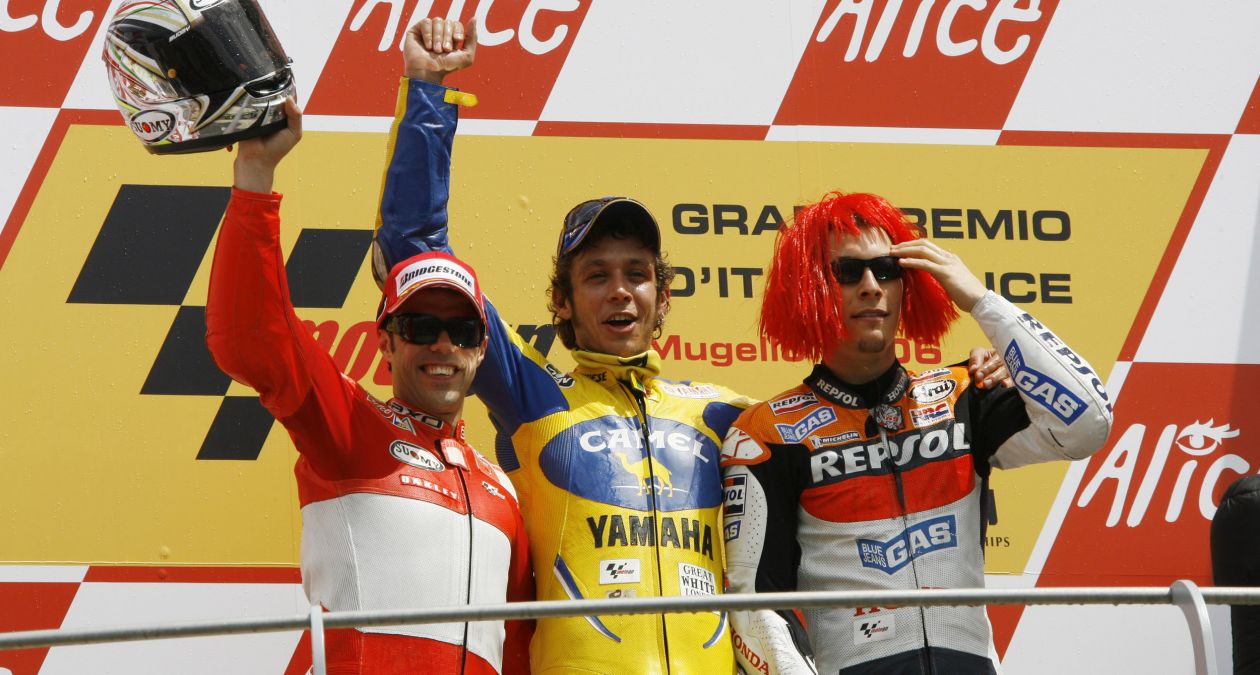 Valentino’s list of results achieved with the Factory Yamaha Team is extensive. He earned 4 MotoGP World Championship Titles and secured 56 victories and 142 podiums in their 255 Grand Prix races together. 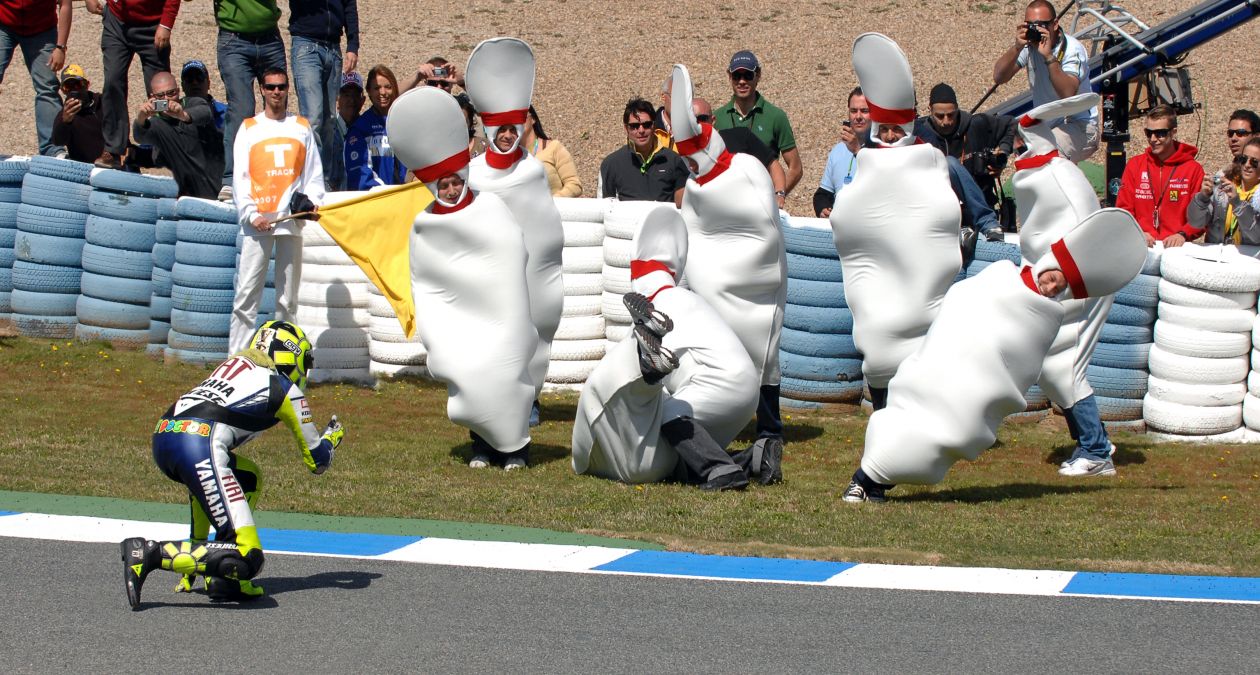 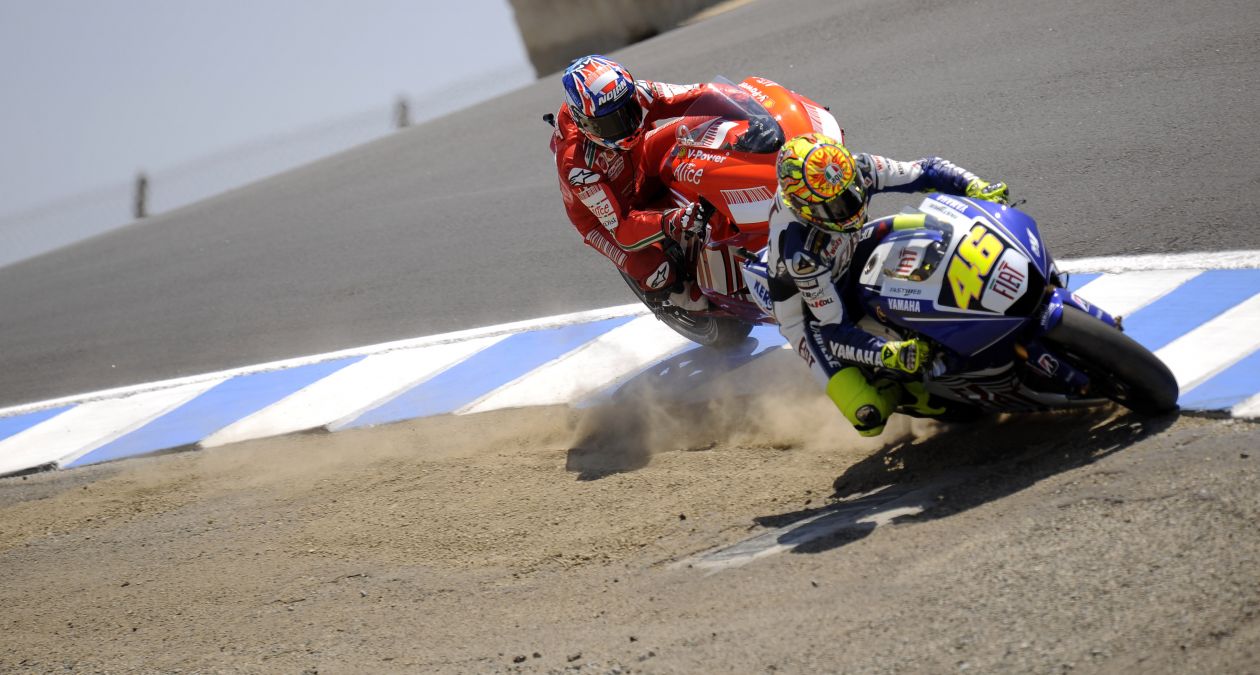 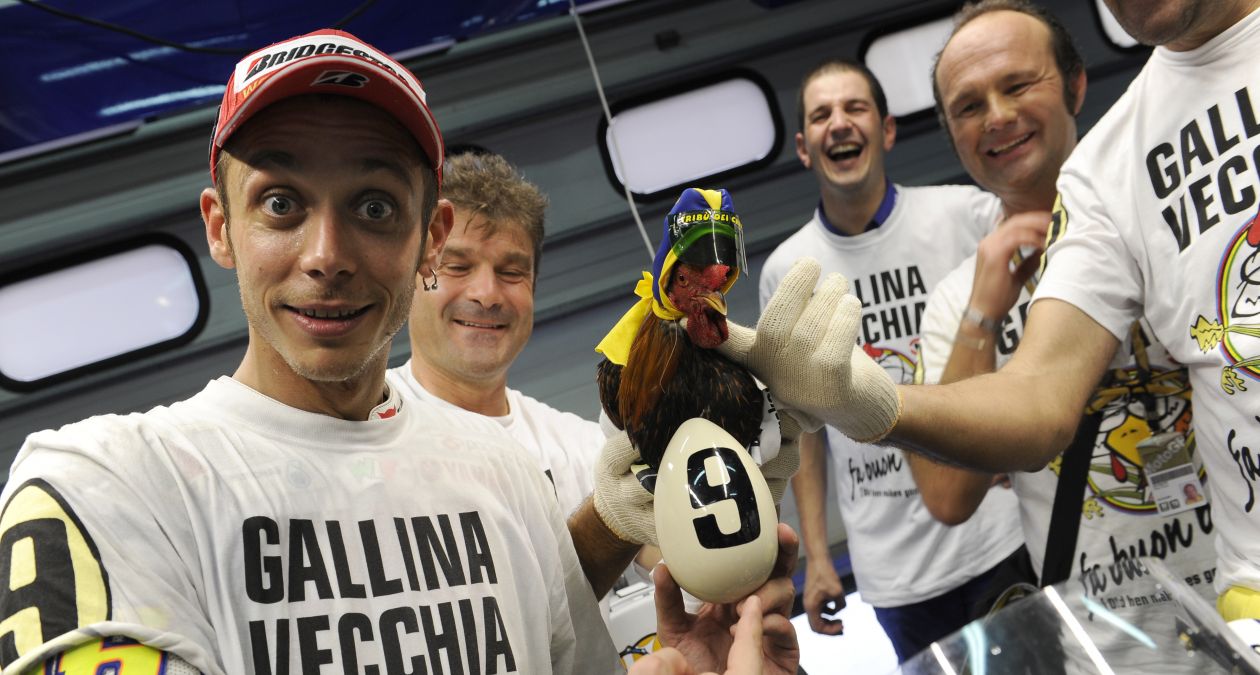 Besides Valentino, the Factory Yamaha Team is also saying goodbye to highly-esteemed and much-appreciated colleagues Brent Stephens (Mechanic since 1999), Alex Briggs (Mechanic since 2004), Matteo Flamigni (Data Engineer since 2000), David Muñoz (Crew Chief since 2020), and Idalio Gavira (Rider Performance Analyst since 2019), who are all part of The Doctor’s crew. 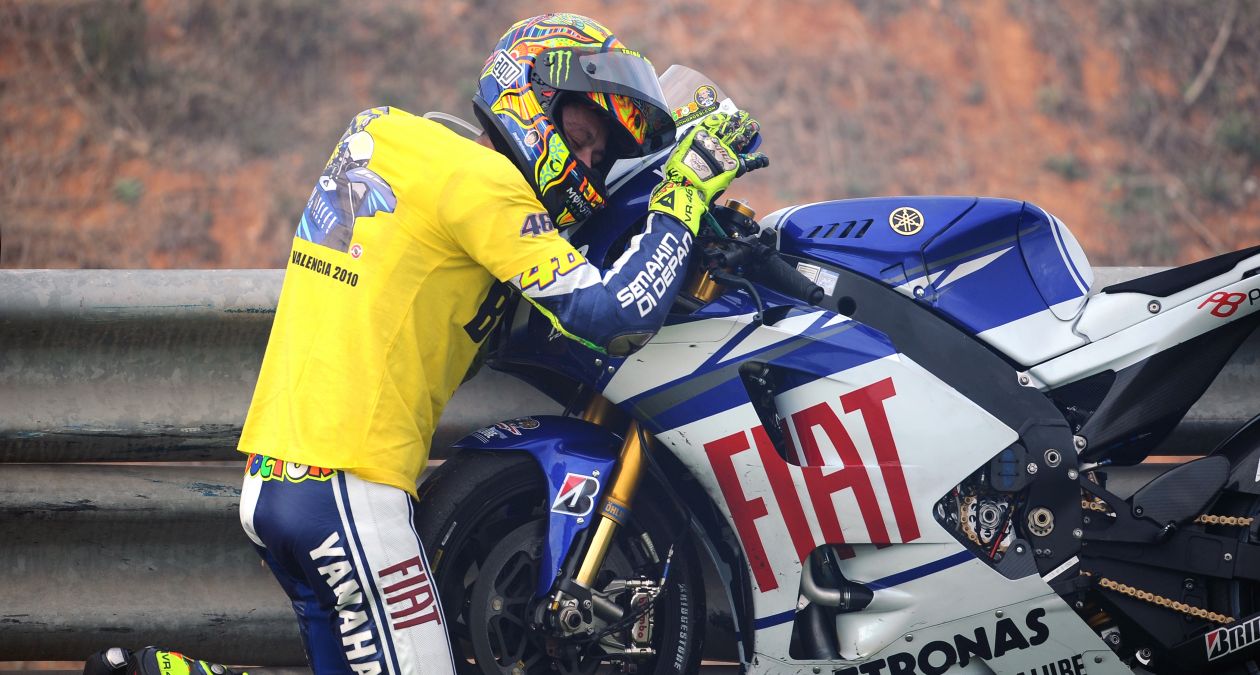 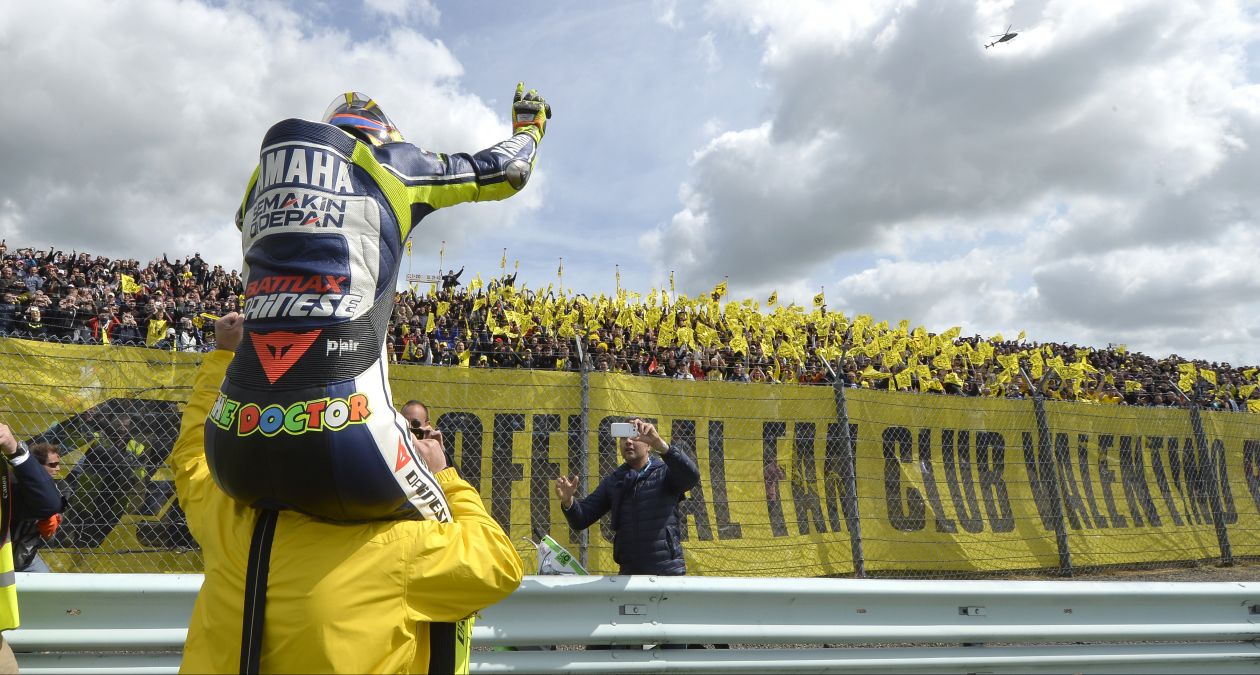 Alex and Brent will be leaving Yamaha, whilst David, Matteo, and Idalio will continue their work with Valentino as a part of PETRONAS Yamaha SRT in 2021. 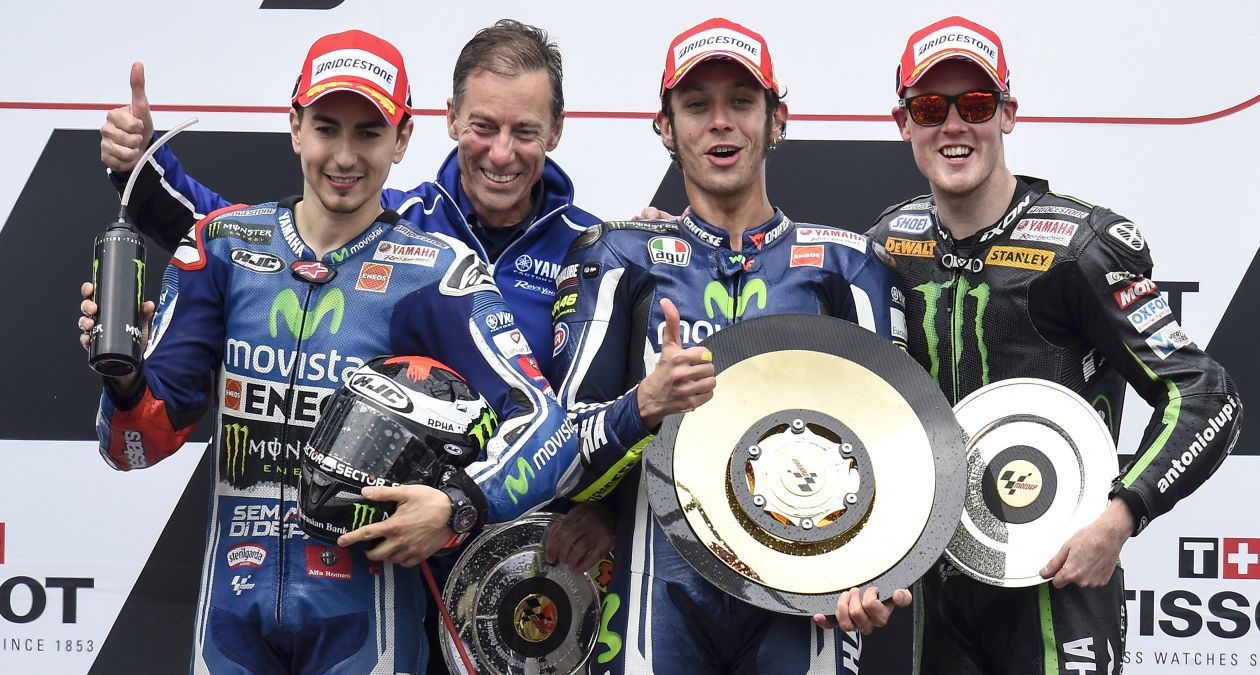 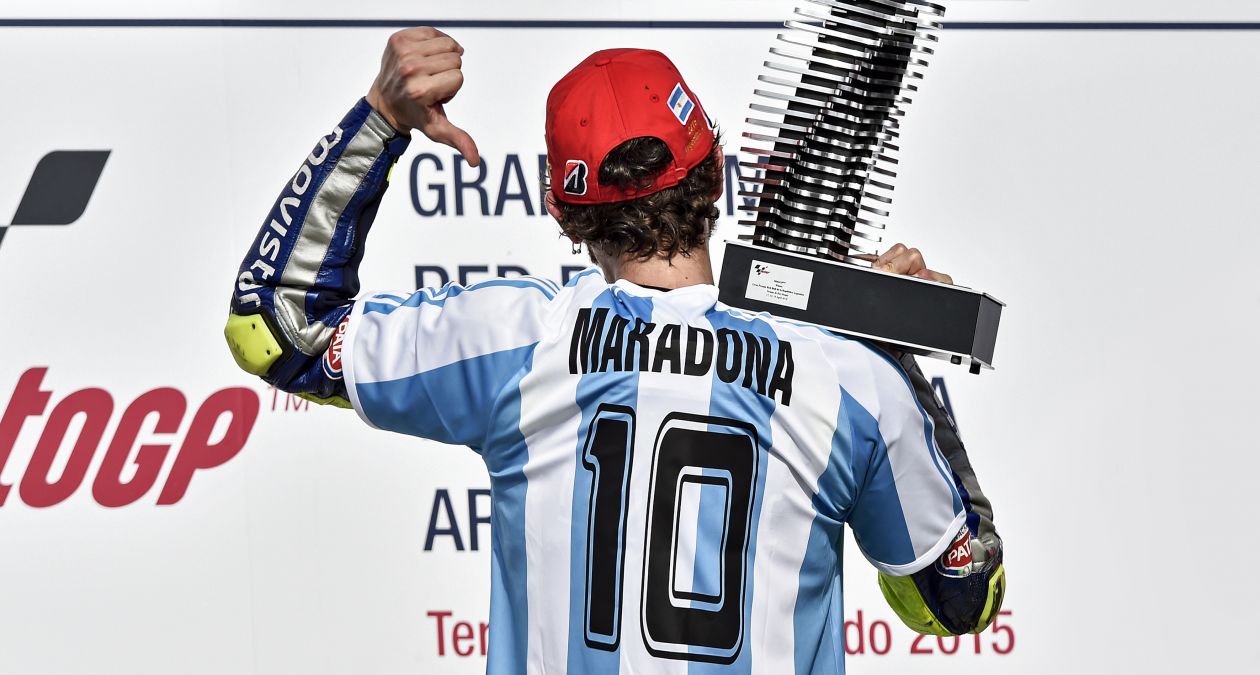 Also, Javier Ullate (Mechanic since 2003) will be leaving the team. In the 18 years he spent as a part of the Factory Yamaha crew, he worked with big names such as Carlos Checa, Marco Melandri, Colin Edwards, Jorge Lorenzo, and Maverick Viñales, helping them secure many victories and podiums, including three titles with Jorge. 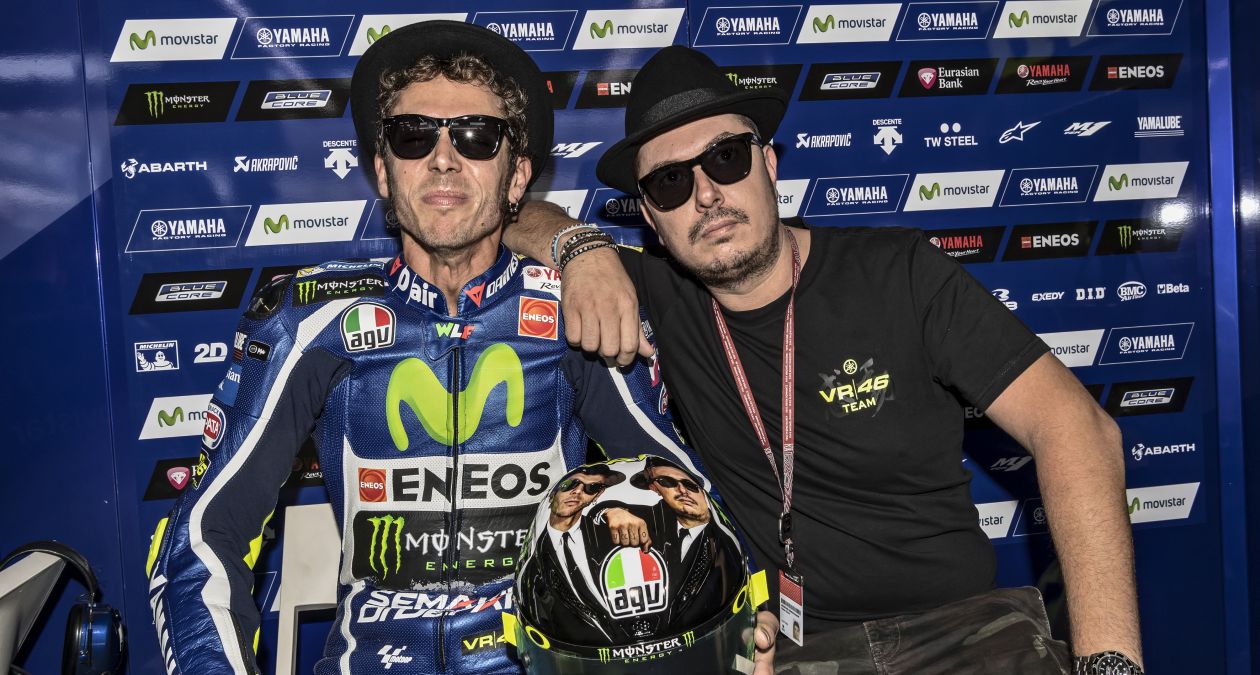 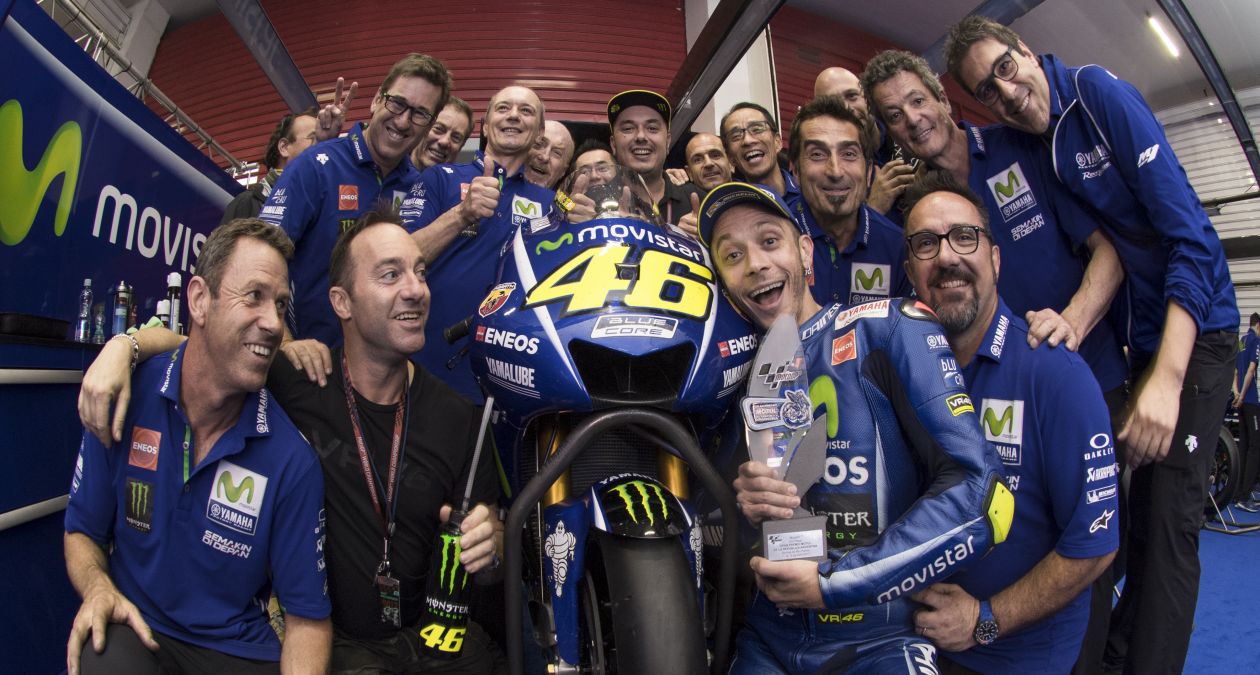 The Yamaha Factory Racing MotoGP Team couldn’t let this occasion go by unnoticed. On Thursday 19 November, the entire staff (including the staff and friends of the team who are not in Portugal, who attended the event online) met up at the Monster Energy Yamaha MotoGP garage to give the leaving members the appreciation they deserve and present them with some parting gifts. 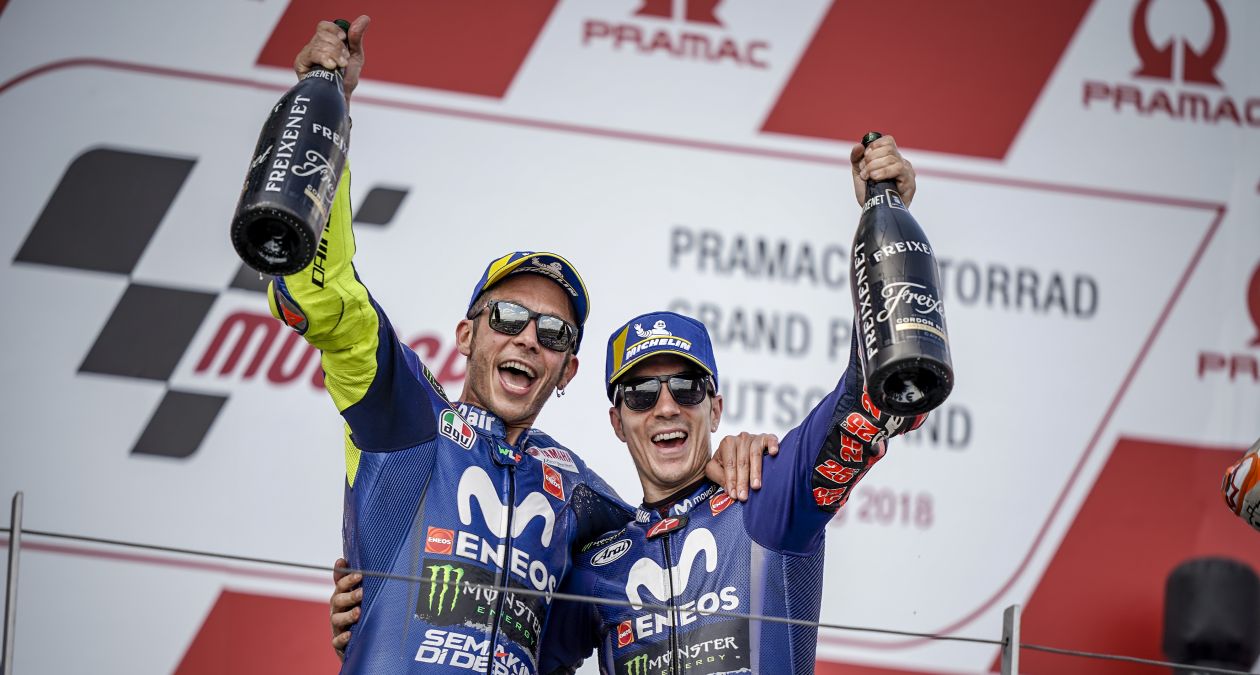 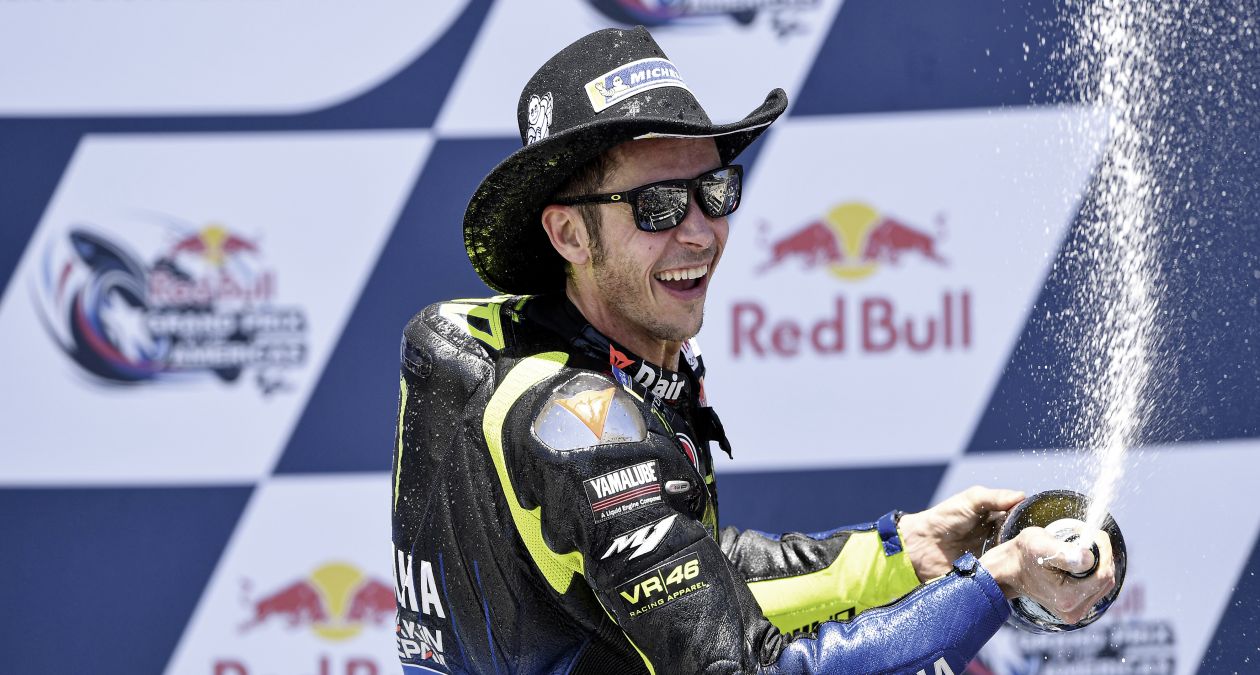 The Factory Yamaha MotoGP Team once again sincerely thank Valentino and the departing team members for their hard work, professionalism, dedication, and passion. Their stellar contribution and results will always remain a part of Yamaha’s racing legacy.

Lin Jarvis (Managing Director, Yamaha Motor Racing
“This is an emotional moment. It’s always sad to bid farewell, especially to people who have been such a vital part of the team. But nothing in life is continuous, nothing remains the same, and that’s also the nature of MotoGP. The situation in the paddock is constantly evolving. People come into the team, some leave, and some come back again.

2020 was Valentino’s 15th season with the Yamaha Factory Racing MotoGP Team. I have very vivid memories of those years. There have been highs and lows – it’s been a roller-coaster ride, but his list with results on a Yamaha is seriously impressive: 4 MotoGP World Championship Titles, 255 Grand Prix races, 56 victories, 142 podiums. It’s amazing how much he achieved during his time with us.

In Valentino’s case we are now facing what I would call ‘a changing of the guard’. Though he is leaving the Factory Yamaha MotoGP Team, this is not the end of his career. This is not a complete farewell scenario, this is a transition moment. It’s important, regardless, because Valentino has been part of our team for so long. But next year he will be next door, so he will stay close. His factory-rider status continues, and he will continue riding a factory YZR-M1 with full support from Yamaha Motor Co., Ltd. He will also be taking Crew Chief David, Data Engineer Matteo, and Rider Performance Analyst Idalio with him, so he will be surrounded by some familiar faces in the PETRONAS Yamaha SRT garage.

Brent, Alex, and Javier will finish their long-term working collaboration with Yamaha. Their expertise, professionalism, and passion for the job is something that kept our team going for many years, so it’s very sad to have to say goodbye to them. We wish them all the best for the future and hope to stay in touch.” 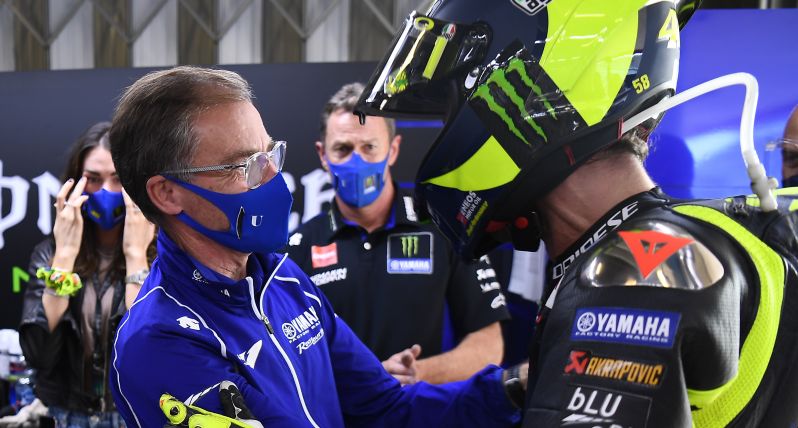 Valentino Rossi: “This is an important moment, because this is the end of our long journey together. Our history, between me and the Yamaha Factory Racing MotoGP Team, is divided into two parts – almost like a good movie, I think.

The first part is from the beginning in 2004 to 2010. I think that was the best part of my career. We wrote history for Yamaha. We were able to win the championship for Yamaha after twenty-something years. I will always remember these achievements, for sure, because they are key moments in my career too.

But I’m also very proud of the second part. I want to say ‘Thanks’ again to Lin and all of Yamaha. They gave me a chance to come back to the Factory Team after two bad years with another factory, when I was already ‘getting old’ by MotoGP-standards, so I was desperate. I will never forget the moment when Lin told me I would have a chance to come back here. I’ll always be thankful for that moment, because maybe I could also have stopped riding at that time if I wasn’t able to come back here. My return to the Factory Yamaha team has lasted 8 years, so one year longer than the first part. The second part was a bit more difficult in terms of results, but we did come close to winning a championship at one point, which could have changed our story. But things happened the way they happened, and I’m still thankful for the support I got from Lin, Maio, and all the Japanese engineers. But especially I want to say ‘Thank you’ to my crew. We’ve been together for a long time. Bernie, Alex, Brent, Matteo, Mark, David, Idalio, and more. I also want to say thanks to the other guys from the team and the hospitality staff. And of course to my mate Maverick: we also had a good atmosphere with that side of the box, so I want to thank them too.

Next year I will still be riding a factory bike with full factory support, just in different colours. It’s true, I will not be sitting in the Yamaha Factory Racing garage, but I will be just next door – together with Matteo, Idalio, and David – so for sure we can still say hello.”

words and photos from yamahamotogp.com