Another unique thing about the 2017 USRA Shell Advance IR Cup Series fueled by Shell V-Power is that a couple of races held were part of the qualifiers for the Yamaha GP Finals at the end of the year. Yamaha wanted to increase the entry points for qualifying and indeed IR Cup was the perfect venue.

Vrei-Ar Suba of Phoenix Cyclomax – Yamaha – KOSO – Faito Racing Team paced everyone in the qualifying session as he gained pole position by virtue of his 1:12.947s. Mcdon Dave Sande, of Yamaha-Spec V, and coming all the way from Bukidnon took 2nd in the grid as he was followed by the rising star Indian Boy Neil Jan Centeno of Phoenix Cyclomax – Yamaha – KOSO – Faito Racing Team as well. In the race proper though, Sande capitalized on a strong start to take the win with a lot to spare. He finished the 8-lap race in 9:42.953s, with Suba finishing the race 7.156s later.
Centeno maintained his position as he took home the final podium spot, crossing the finish line in 9:53.711s.

In the 150cc Yamaha GP race, the Yamaha-Spec V triumvirate of Masato “The Chairman” Fernando, James “Shadow” Mendez and Romer “RC49” Corbe, all paced each other beautifully en route to another dominant win for their team. The three guys maintained their position all throughout the race and ended up how they started. Fernando finished in a fast 9:16.591s while Mendez followed suit 7 seconds later. Corbe then finished in 9:26.147s, squeaking past veteran racer Rizaldy Canare.

Catch the next leg this May 21 at Meycauayan, Bulacan. 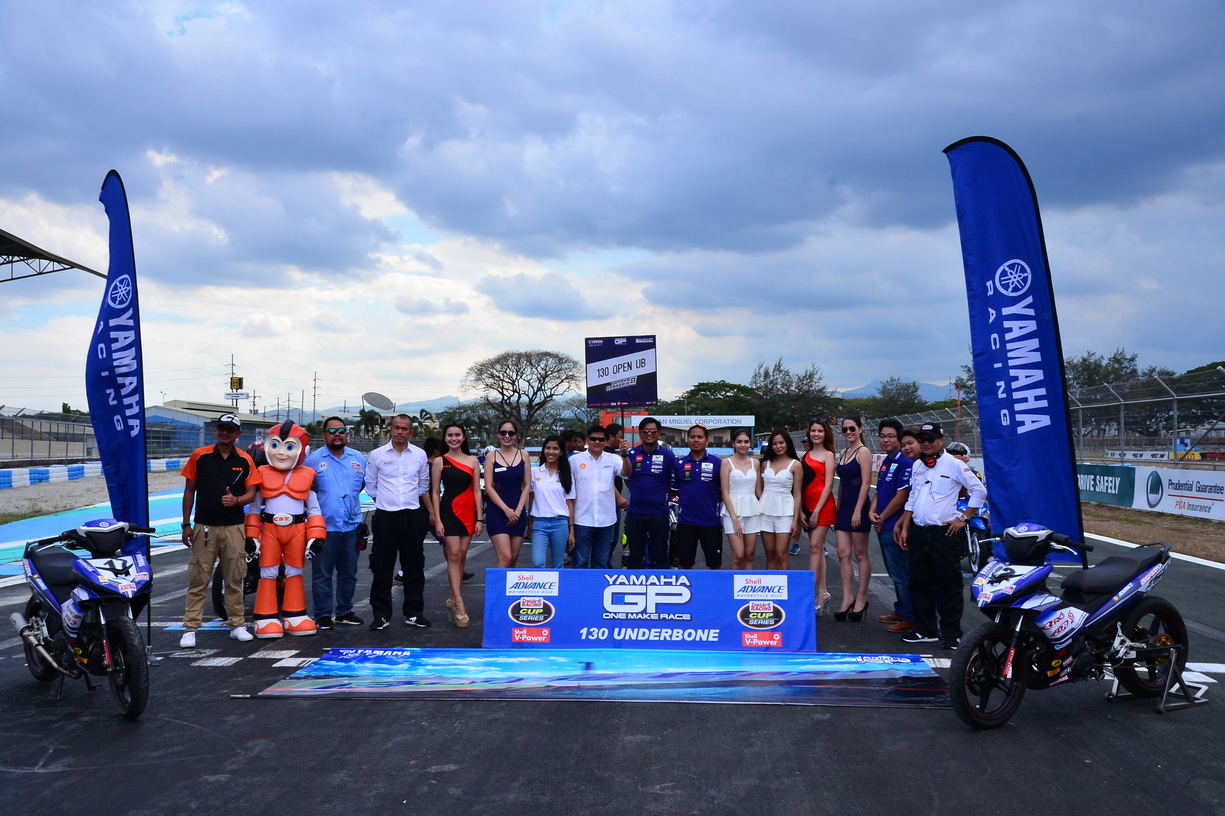 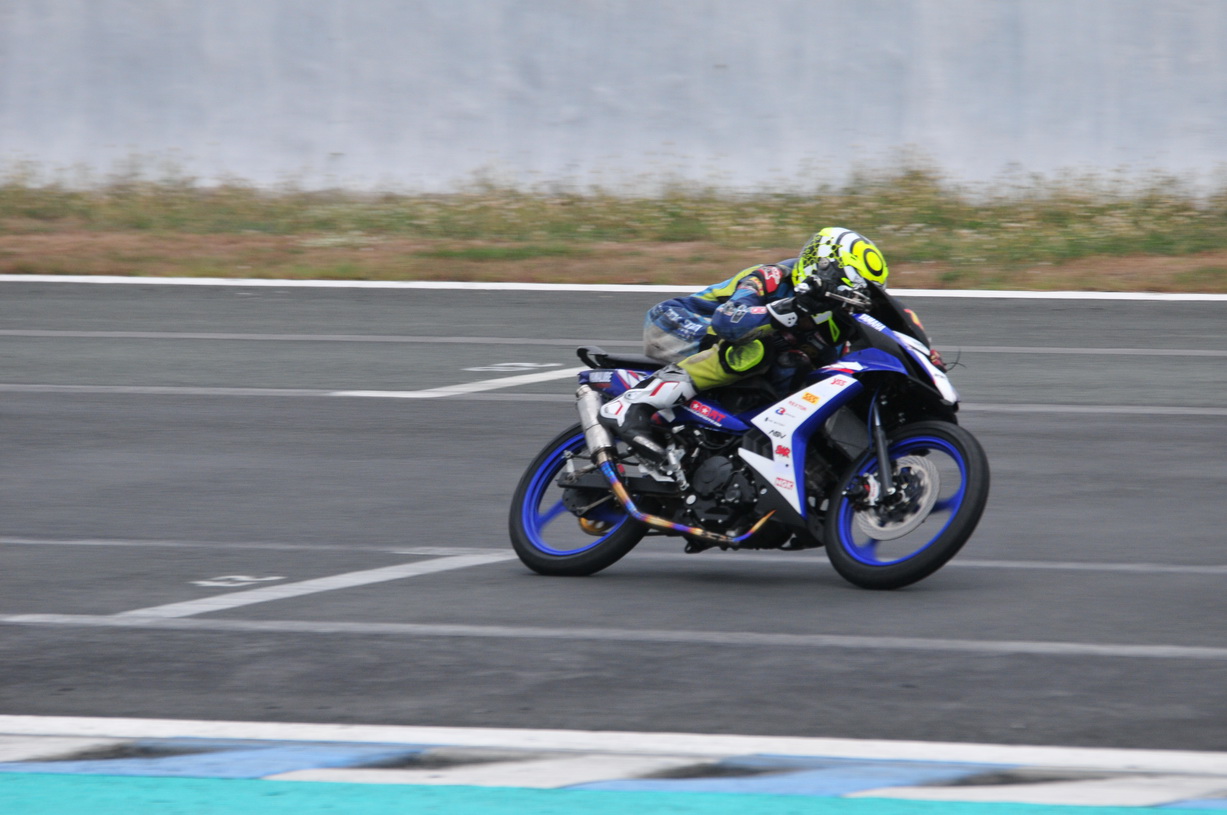 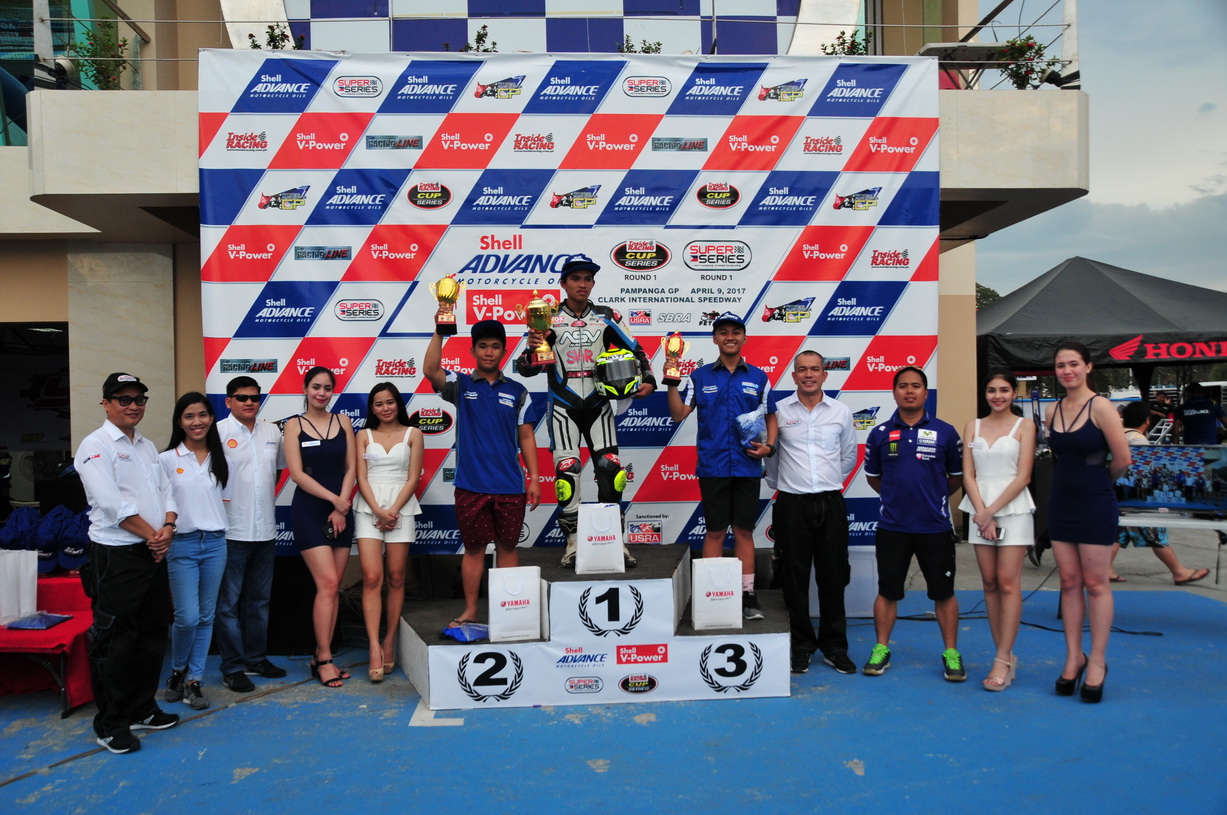 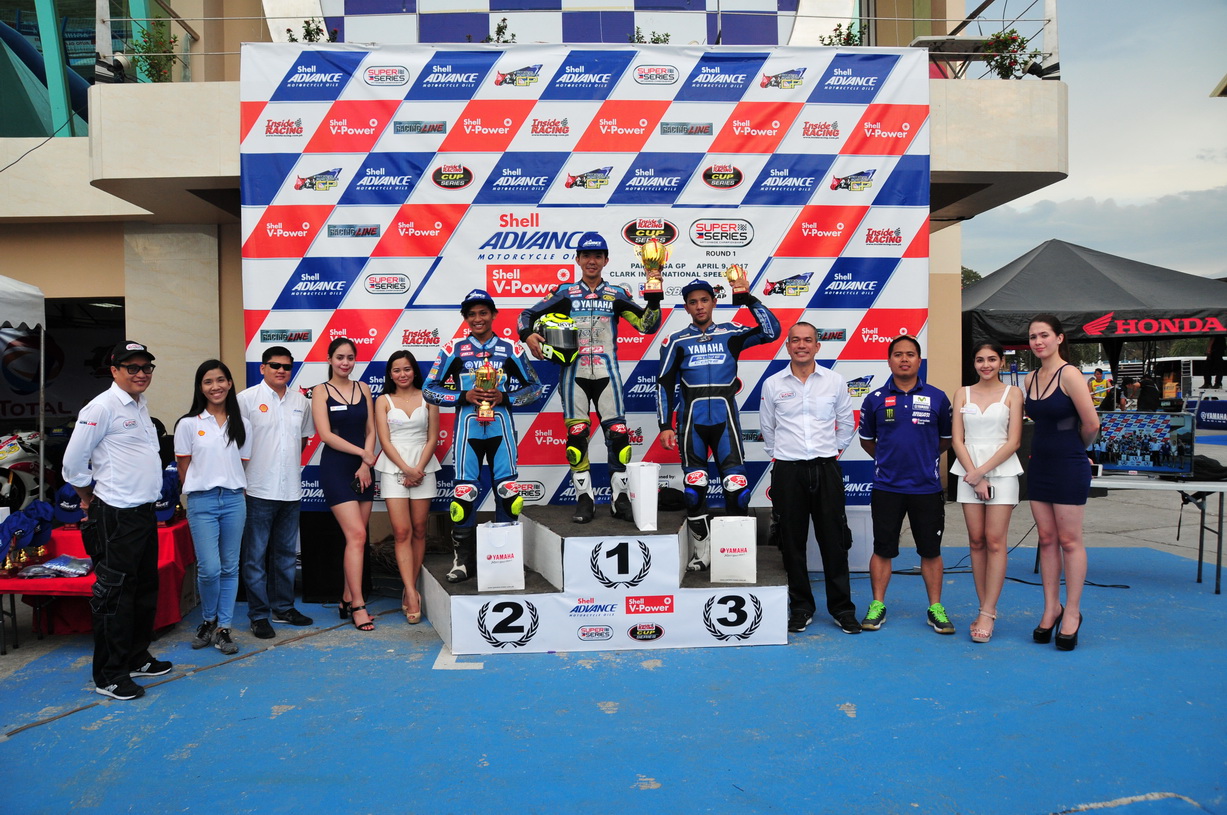