This all-new version of the Yamaha Mio Sporty has arrived with a refreshing design and revitalized efficiency. While still a carbureted version, it is now Euro 3 compliant meaning it is now more environment-friendly and ultimately has less emission compared to older versions. 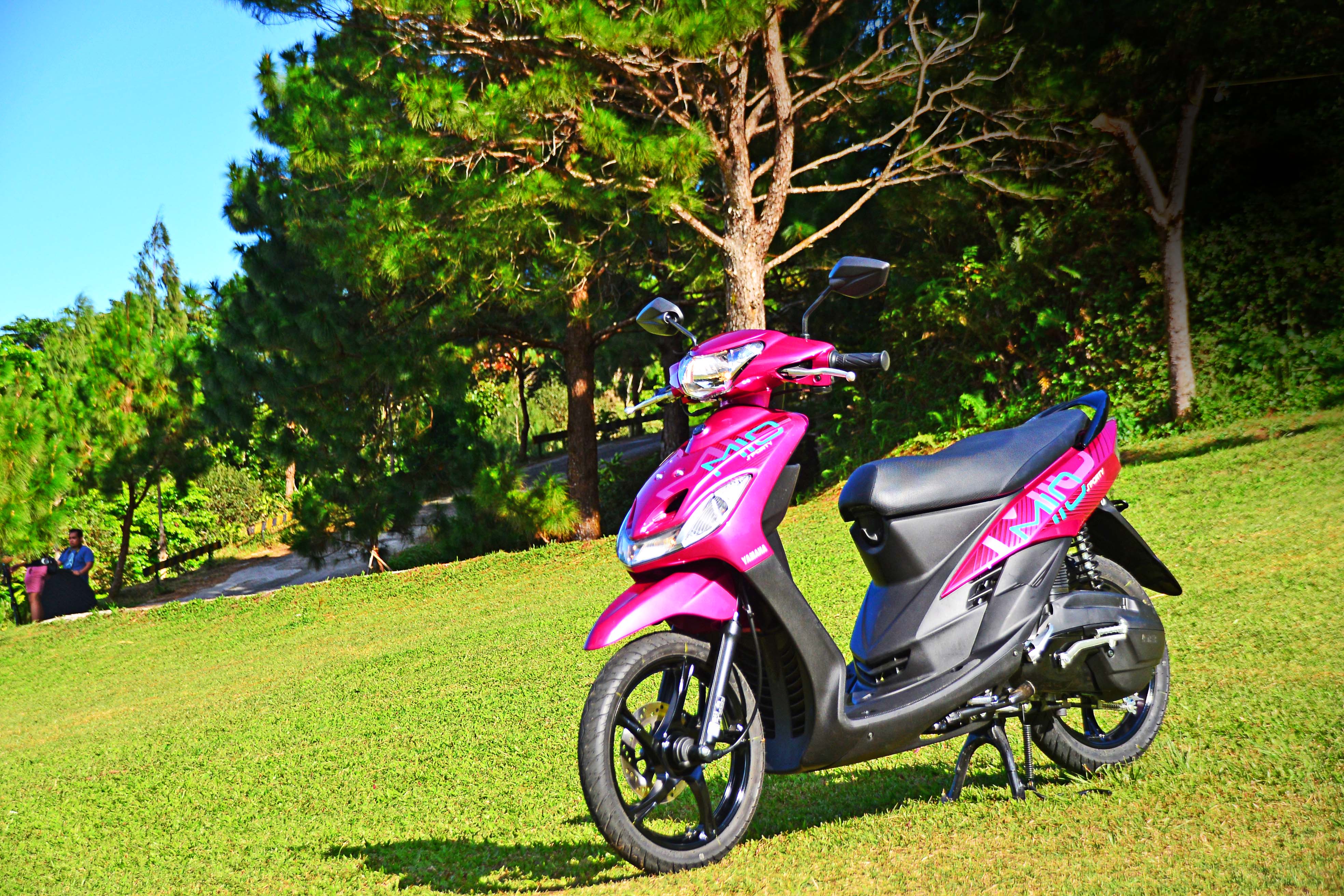 It has still that same old reliable engine that we all grew up with and parts that can be easily replaced with aftermarket performance parts should we feel the need to increase its output. Powered by an air-cooled, 2-valve, 114cc engine that is mated with a V-belt automatic transmission, it is as reliable as ever, 1-click start, no complaints on a heavy work-day. Simply put, this bike gets you from point A to point B. The Yamaha Mio line of motorcycles was introduced to the Southeast Asian market in 2003 as a successor to the Yamaha Nouvo. 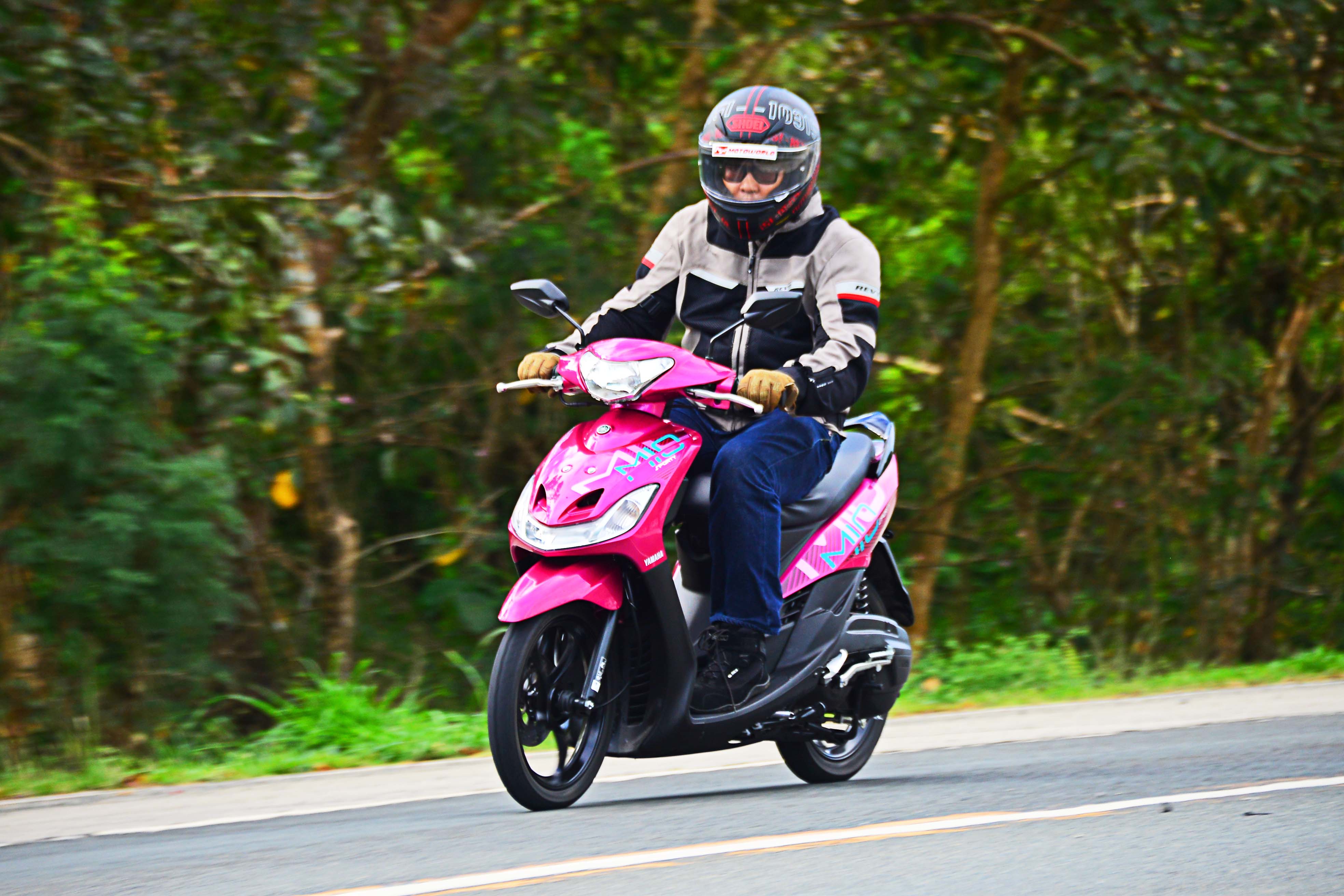 So how did the Mio become a brand icon for Yamaha? Yamaha Motor Philippines always had this bike as its constant bestseller over the years, with the bike having several variants like the Mio Soul, Mio Soul i 125, Mio Soul i 115, Mio Sporty and Fino, among others. Because of that, it has become very popular. First of all, it’s a scooter, an automatic transmission motorcycle. Yes it is reliable and easy to operate but it gives you so much more aside from being your daily commuter. First of all, if you try to visit Caloocan, a lot of motorcycle shops will have at least one item or accessory for this bike. This means the custom ability of this bike is easy and the supply is high when it comes so this really favors the consumers. Also this is one of the bikes that is constantly used in bike shows like the InsideRACING Custom Bike Show. There is always a significant chunk of entries that are Yamaha Mio scooters. It is very easy to customize and just in case you don’t have the part or accessory you are searching for, you can always look at our neighboring countries because they also carry this scooter. One more thing, this bike is very popular among our homegrown racers due to it being favorable in the racetrack since it has a shorter wheelbase, smaller tires, and is easy to turn. Being lighter and more agile means a faster performance. Just observe in the IR Cup races or even in the nationals as this is a popular choice in the 130cc, 160cc, and 180cc races. Racing parts are abundant too so you can really make it even faster and for it to fit your riding style. 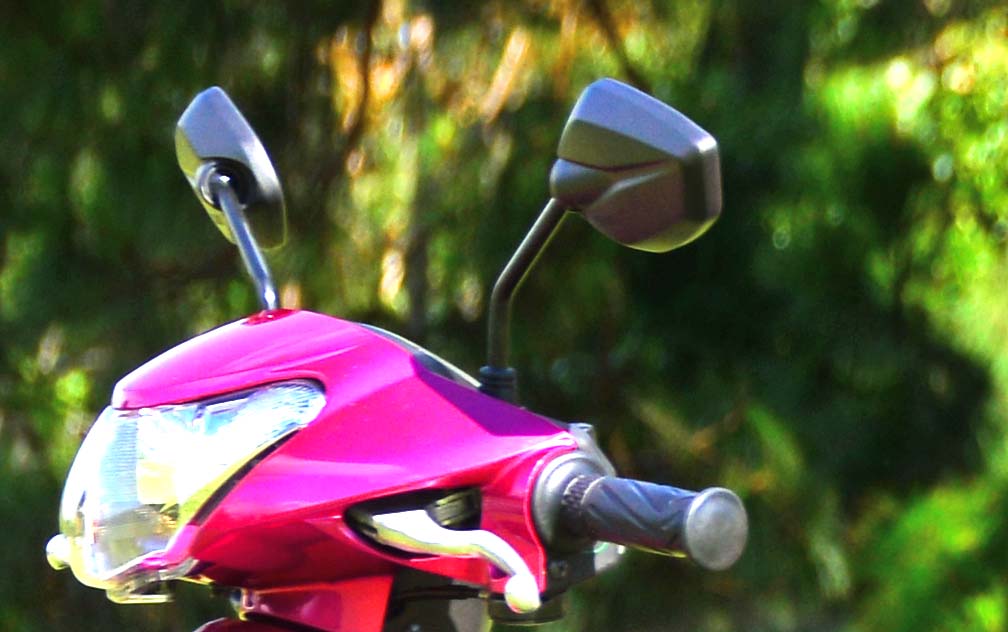 Side mirror – a sharper design that modernizes the overall look 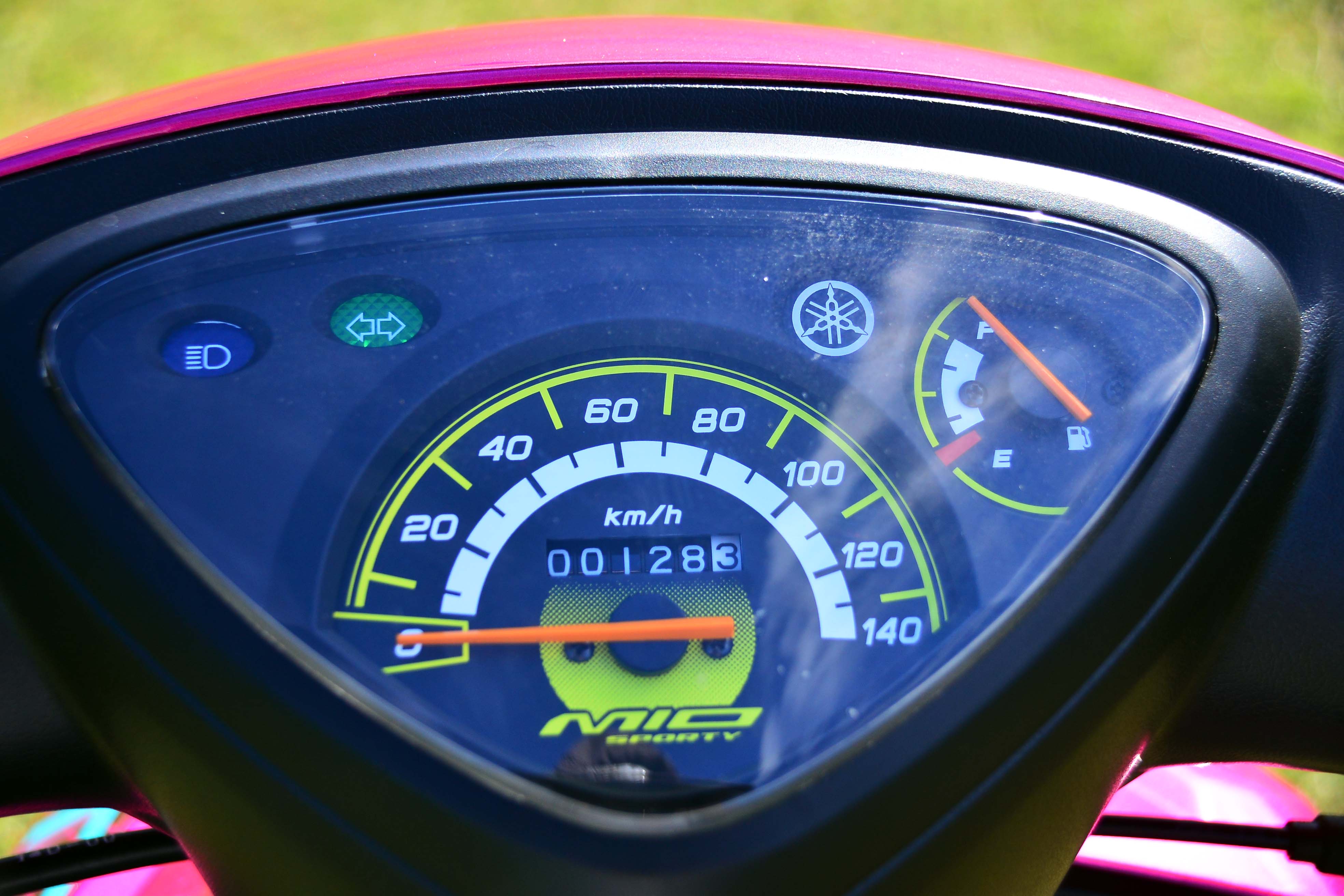 Meter panel gives you a clear view of instruments and functions 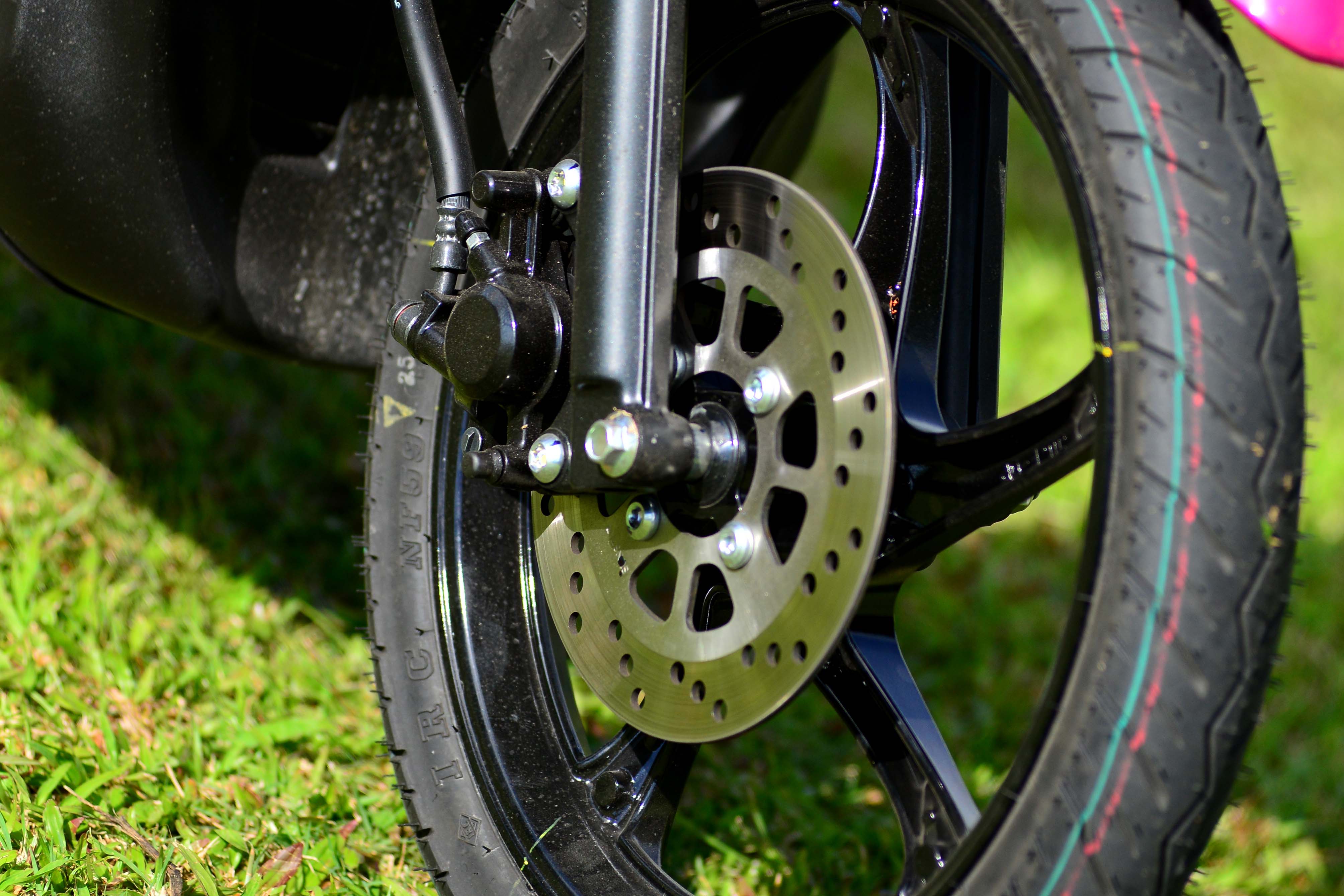 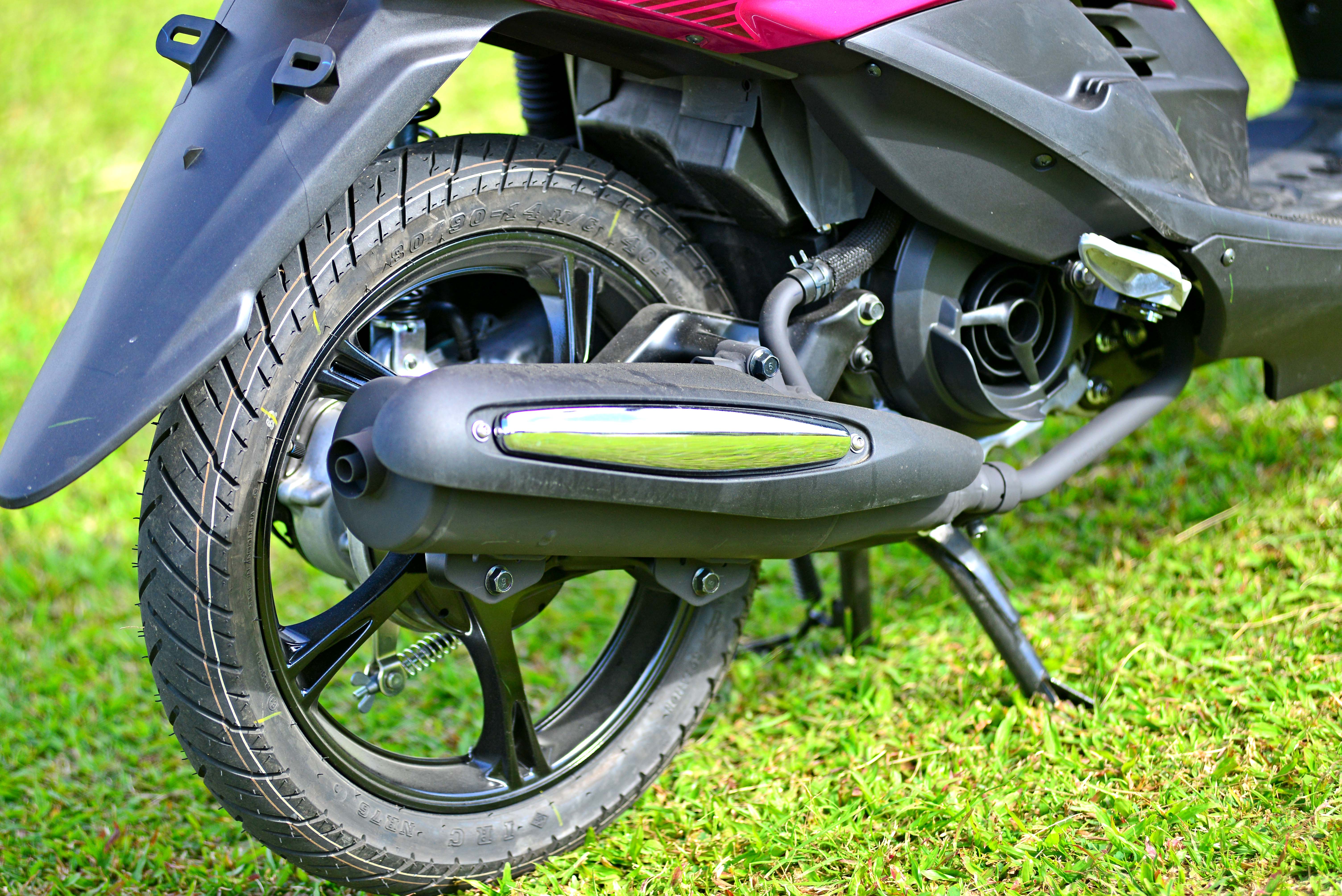 Muffler – a new style that trends on the road 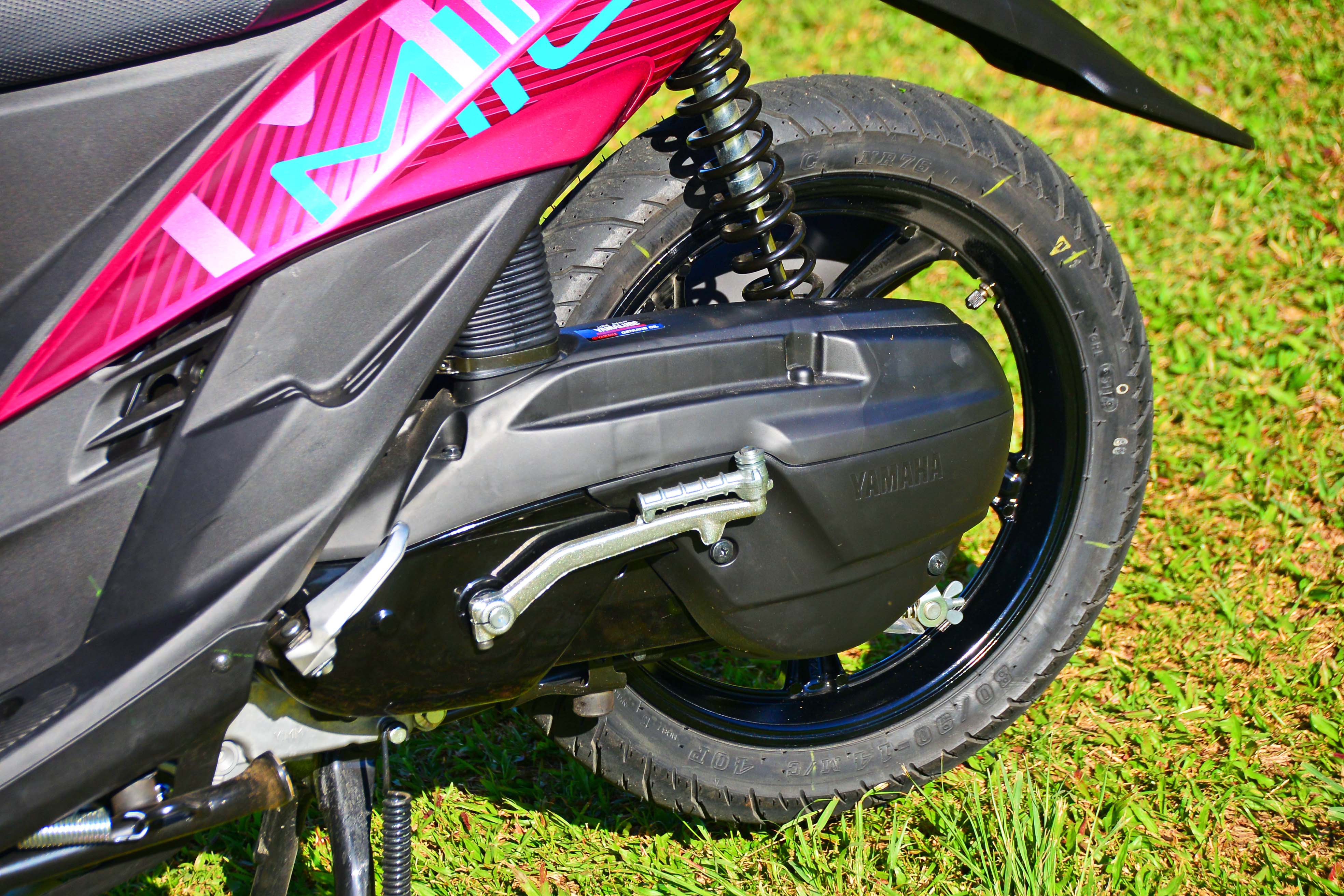 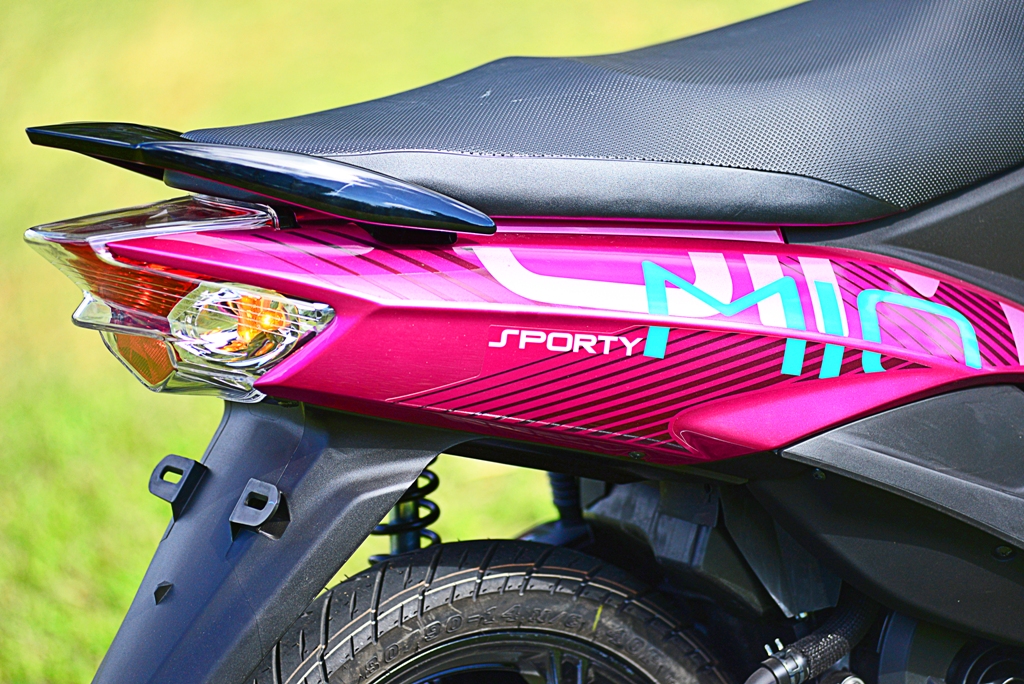 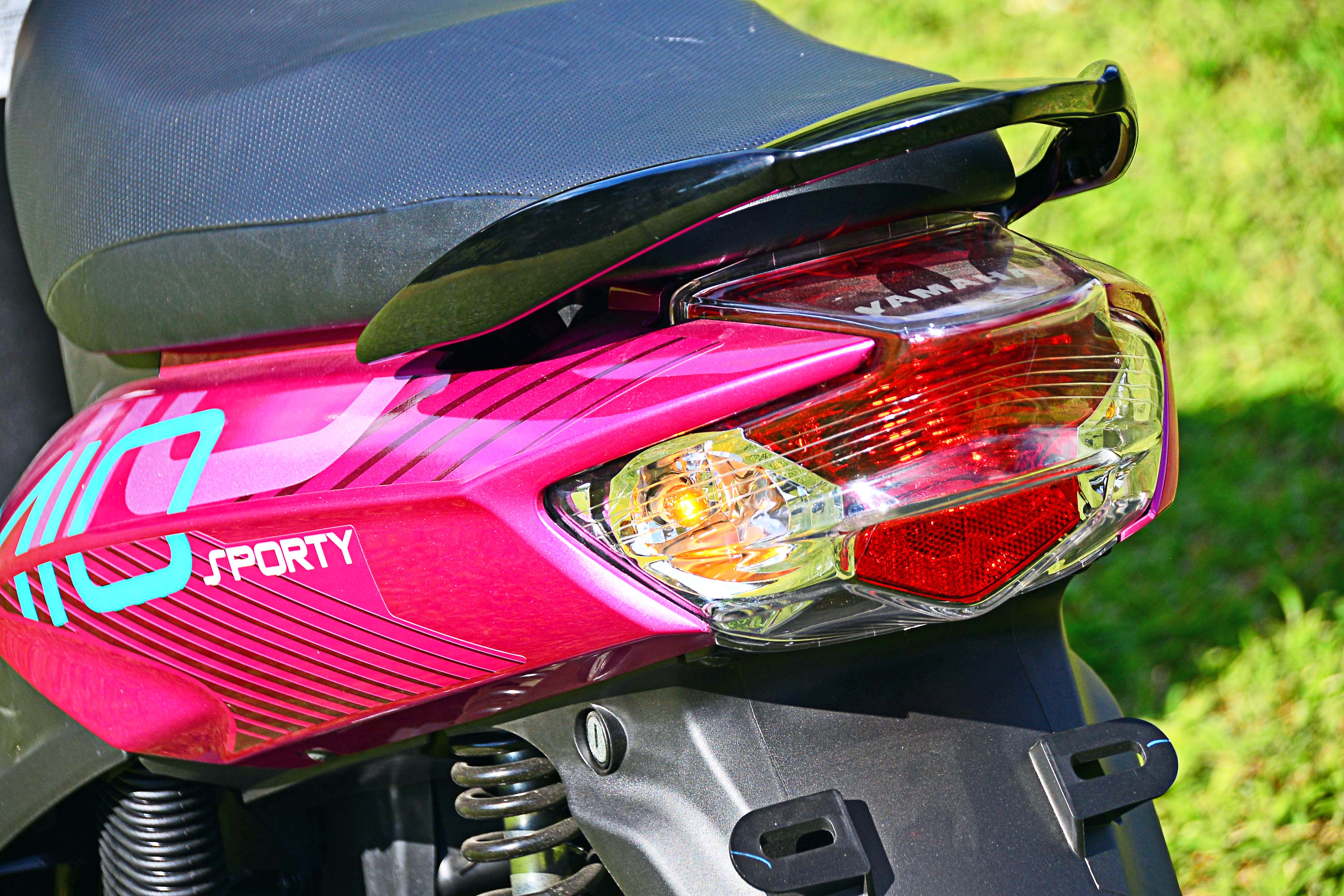 One of the reasons why this automatic is so popular and became a Brand Icon is the simplicity of its design that became ultra-popular among riders. Whether you are a male or female rider, Mio’s style will be a good fit for you. Why is this a brand icon? Just look everywhere, there’s always a Mio in a group of motorcycles. There’s a reason why everyone is so in love with this bike – its simplicity in its design is well accepted in the riding industry – whether you are a guy or a girl, this bike will fit you well. And have you been to Bulacan? The place they call Yamaha country? Try to observe. And even it present day bike shows, most, if not all of the bike entries is a variant of the Mio, and we kid you not! 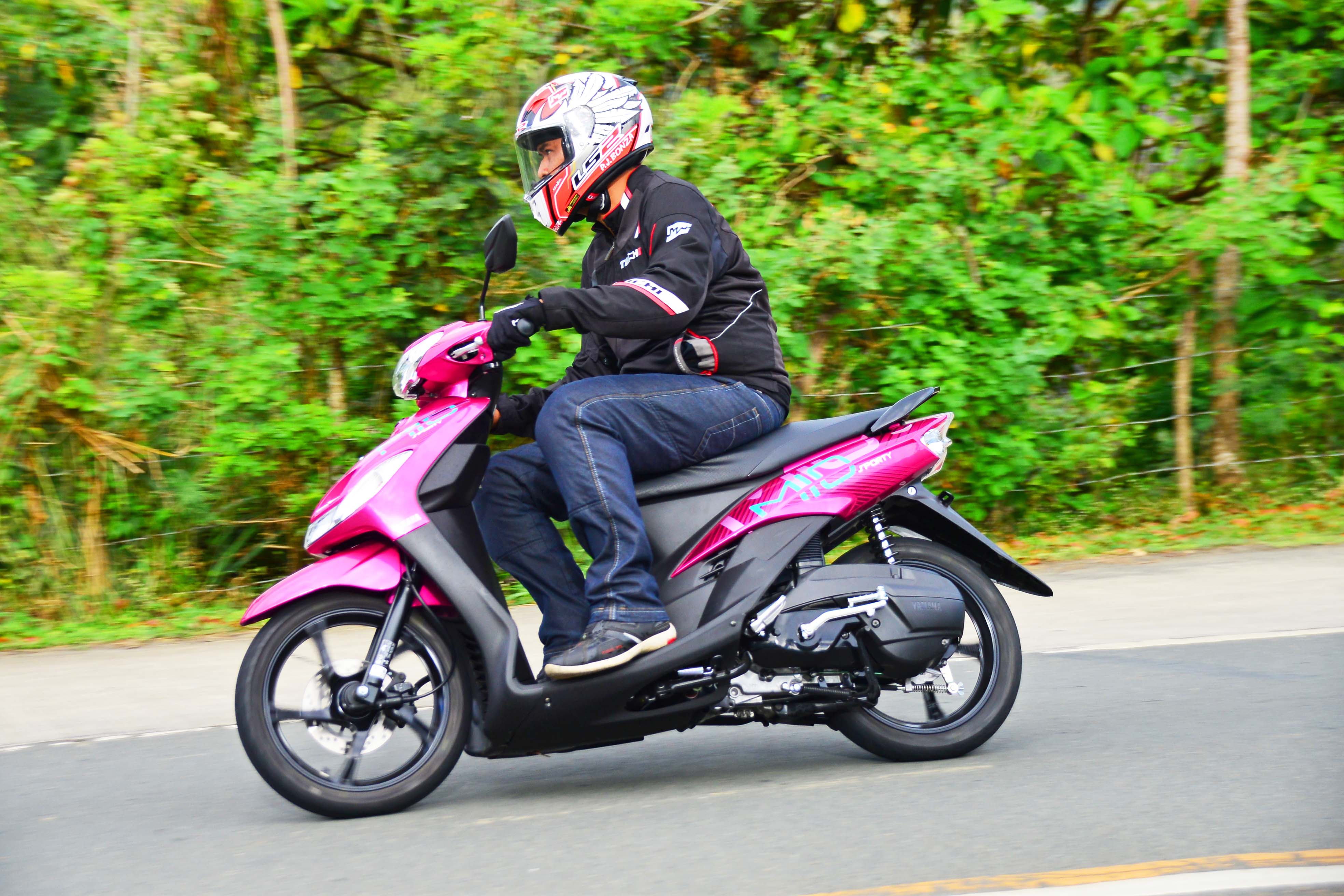 Philip Bonza – “This is the famous scooter in the country and a versatile model for Filipino riders. This model is easy, agile and fun to ride. It can be the beginner scooter and it is admired by riders. It looks small but the Mio has its own character and it is used more than just an everyday commuter service. This model is popular and well-loved by many riders, both men and women. The Mio is versatile because this is the common motorcycle used in racing in the automatic class. It is also trendy and fashionable and is used to compete in motor shows. The performance is suitable for me, good bite for both front and rear brakes, good play for front and rear suspension and easy-going ergonomics. As for this Mio, the color is not my taste but I have lots of hip and stylish scheme to choose from. So many cool stuff can make this Mio personalized and trendy. Too many upgrade parts to choose from to make your Mio fast. Having Mio makes you belong. For the price, porma and performance, I give 4 gear points for this Mio.” 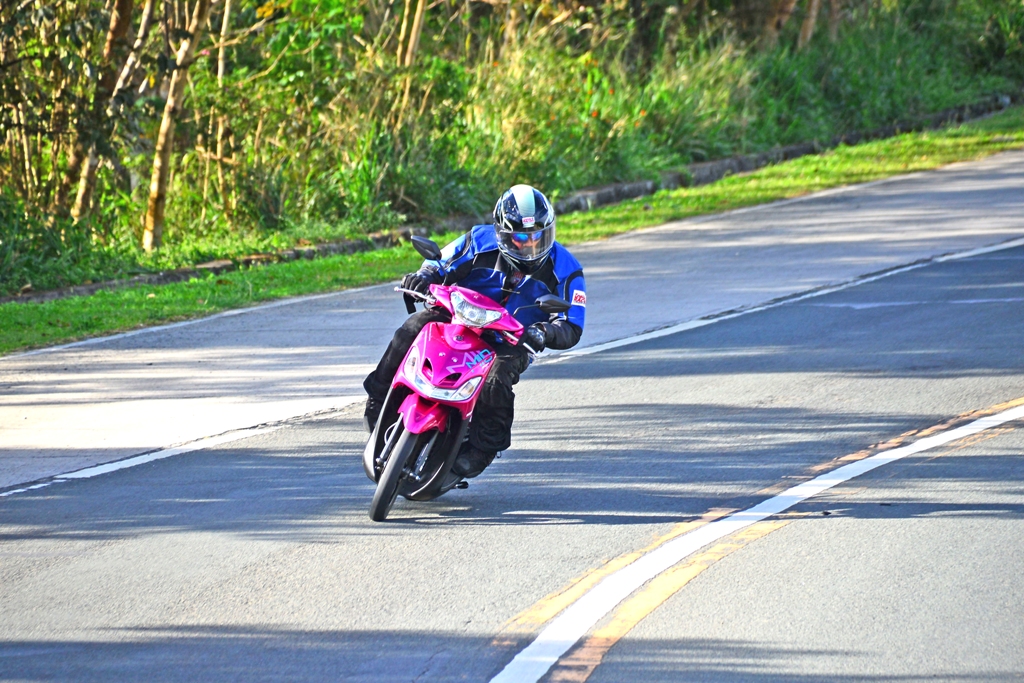 Ricci Abrina – “Surely the number one automatic scooter for some time now in the Philippines is still the number one 115cc entry level scooter in its class. Color and the spiffy graphics of the new Yamaha Mio Sporty are with the times and are appealing to the younger generation as well as the growing lady riders. Consumers now are so lucky to have this choice in the entry-level category where they will have the pleasure to ride with a more improved performance and a sought after reliability. Yamaha motorcycles are known for their innovation and high quality and that can only benefit the motorcycle riding community.” 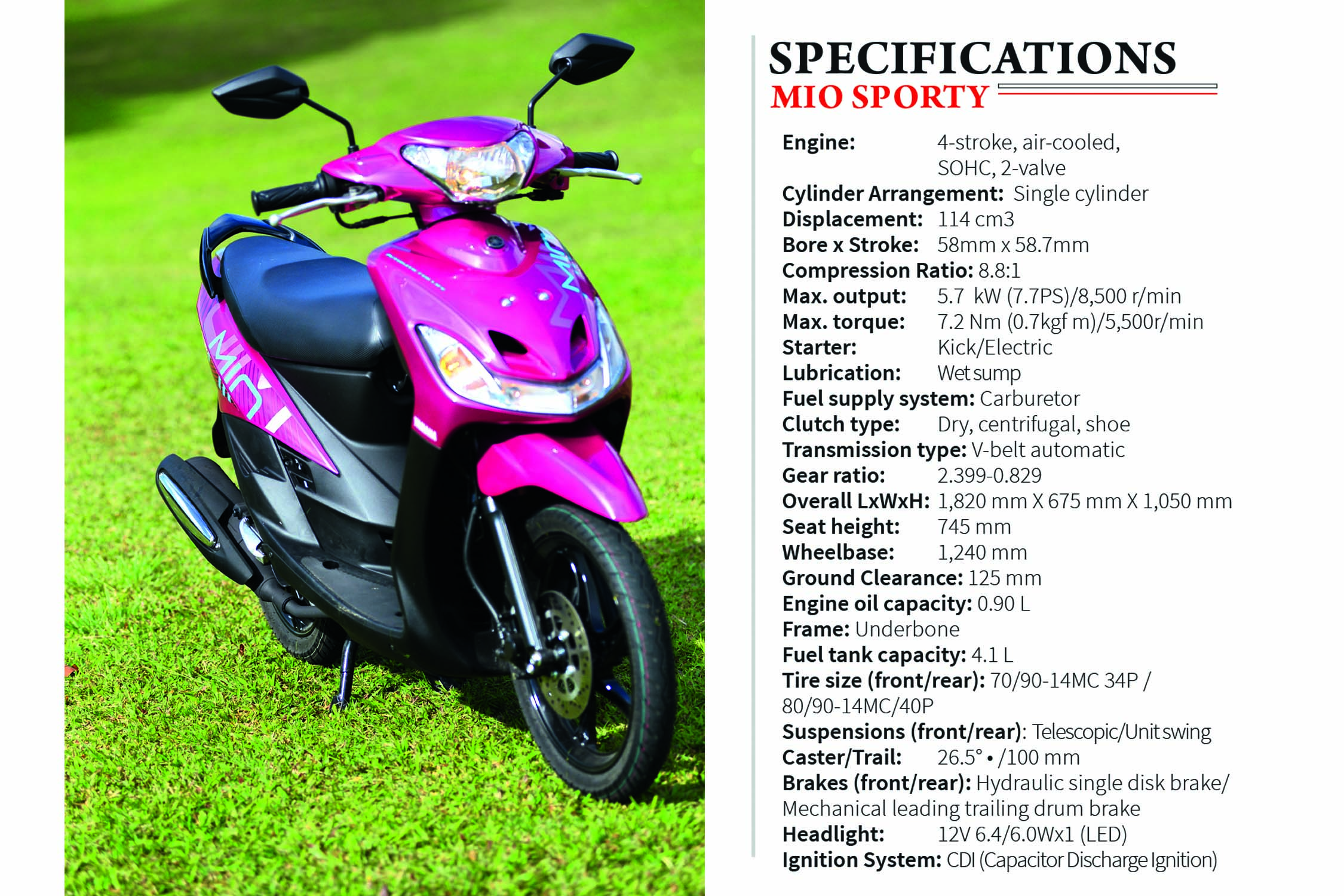 *This article was published in InsideRACING’s Volume 16 Number 7 issue July 2018. 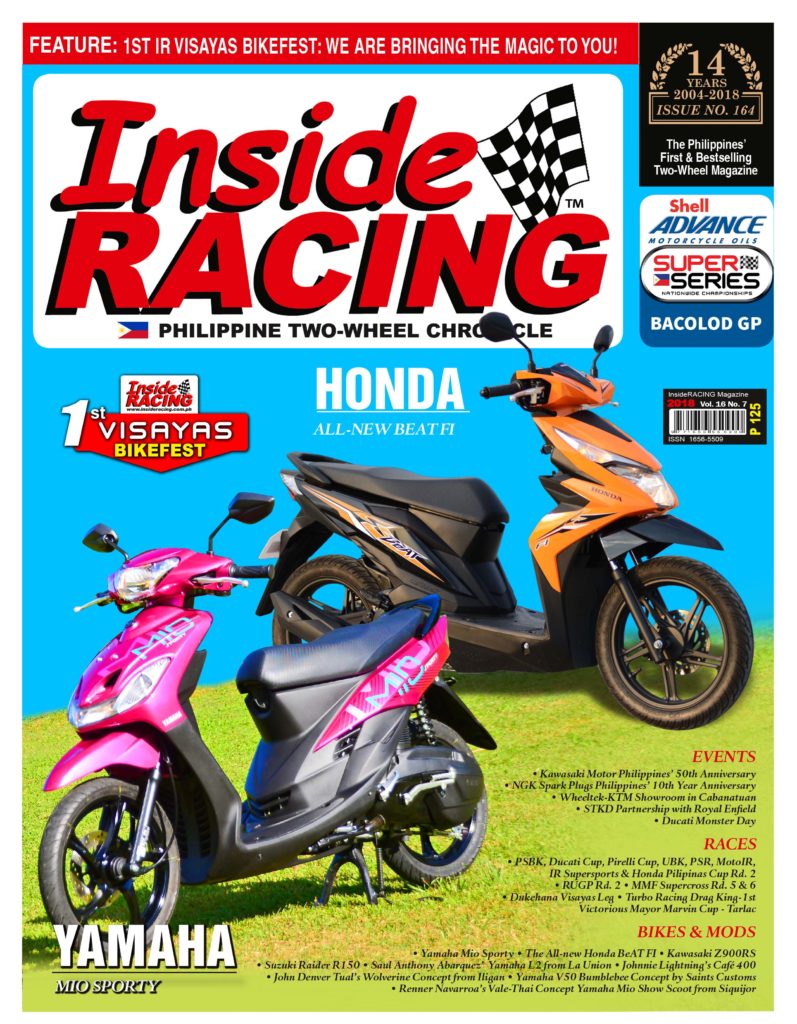