Yamaha Motor Philippines, Inc. recently inaugurated its brand-new manufacturing plant expansion in its head office at Lima Technology Center, Malvar, Batangas. This latest milestone was built from the company’s origins which began in 2007 with their temporary plant in Laguna Technopark. The 2.2-hectare facility had an annual capacity of 70,000 units and it is where the first Yamaha Mio and STX125 were assembled. In 2008, YMPH permanently moved to its facilities in Batangas which has a larger land area of 23 hectares with an initial starting capacity of 150,000 units annually. 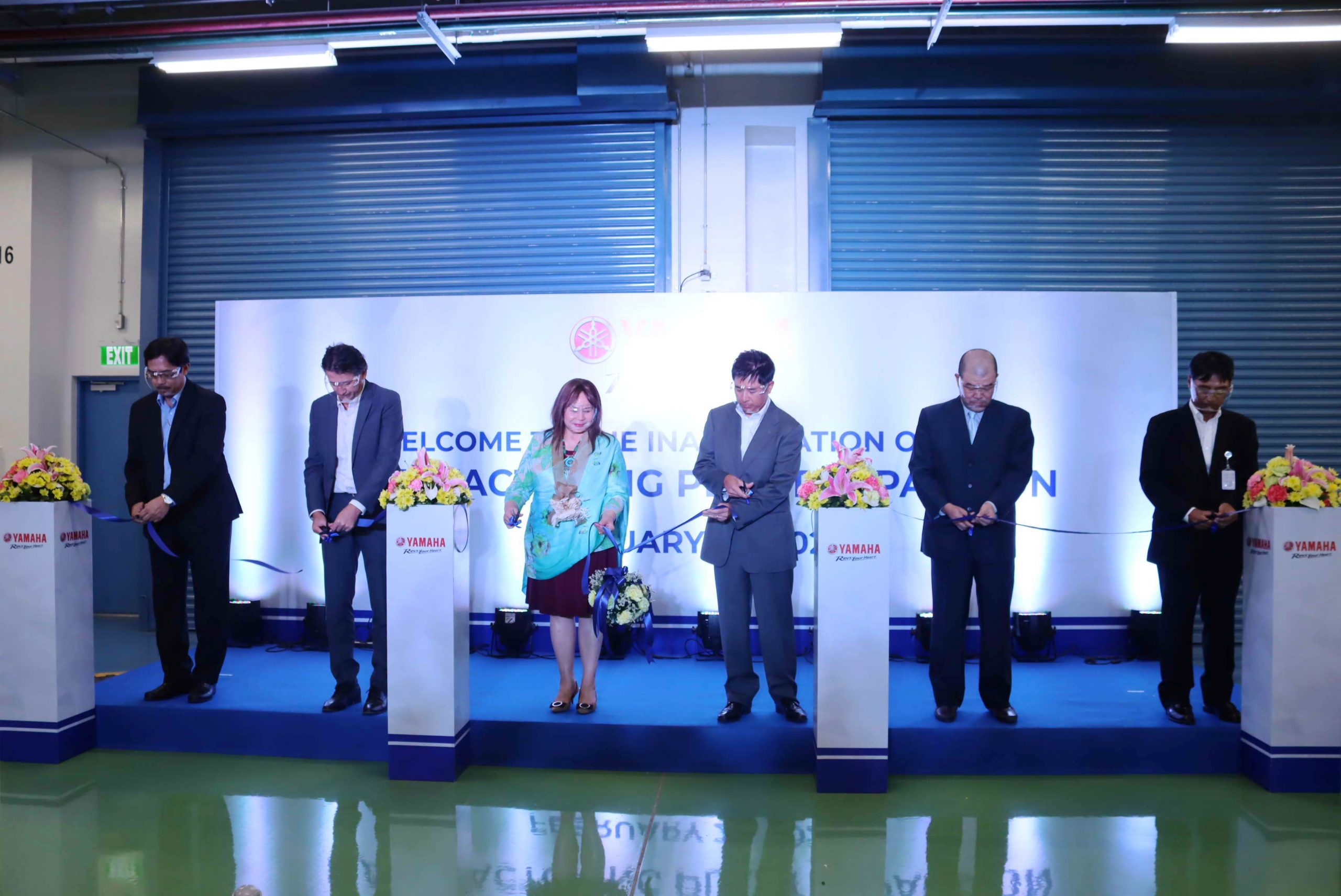 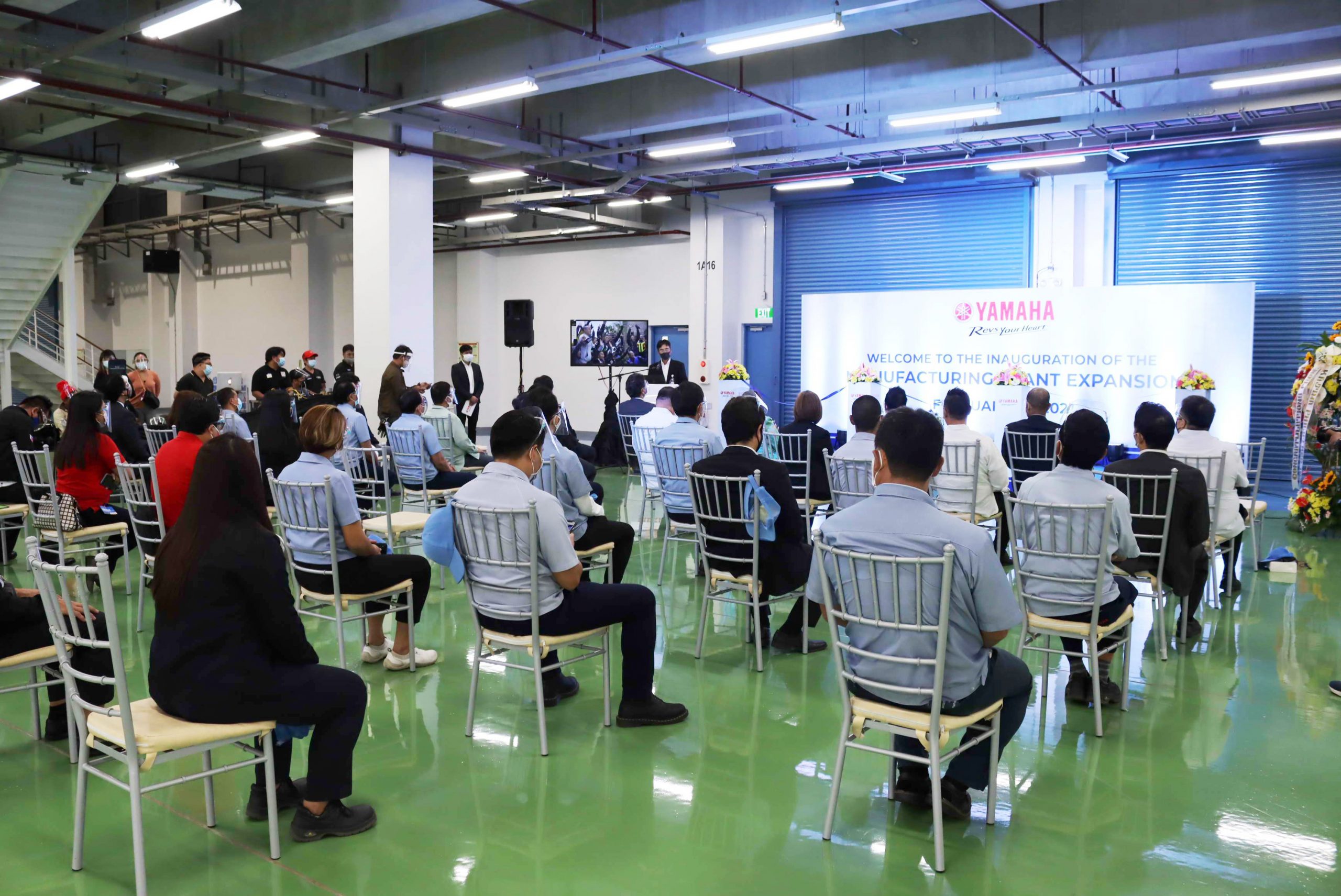 In the following years Yamaha Motor Philippines would reach multiple milestones in production and performance.  Its rapid growth was attributed to product quality which received high demand and market acceptance. In 2014, the company doubled its shift production and by 2016, rolled out its 1 millionth unit. Year 2017 saw YMPH receiving the Yamaha Motor Co., Ltd. (YMC) President’s Award for its exemplary performance amongst the global subsidiaries of Yamaha. In the same year, it received an award from PEZA for “Outstanding Community Service”. Lima Land, Inc. also recognized the company in 2018 as the “Environmental Champion in the Manufacturing Category” and in 2019 for its “Operations Excellence”. 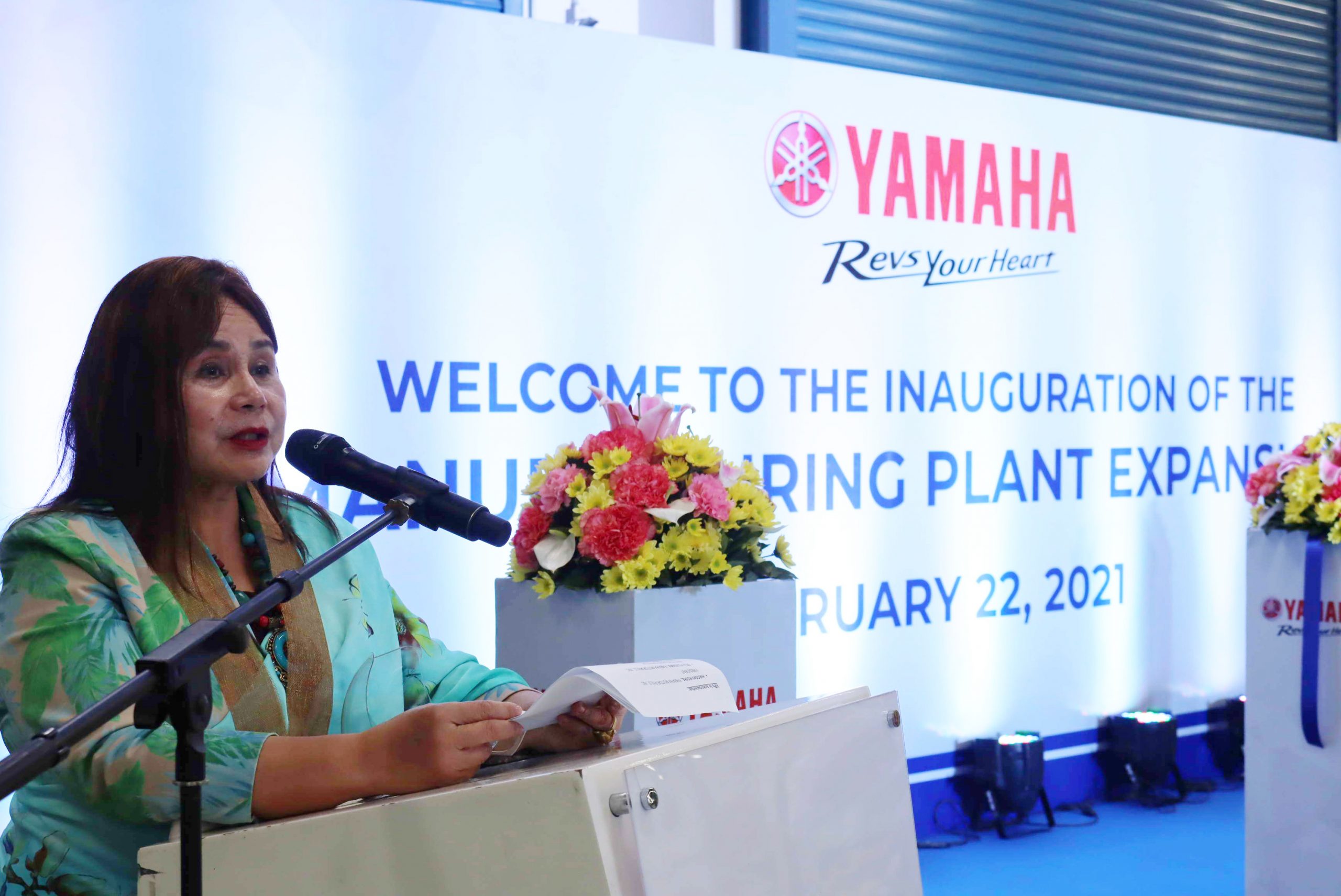 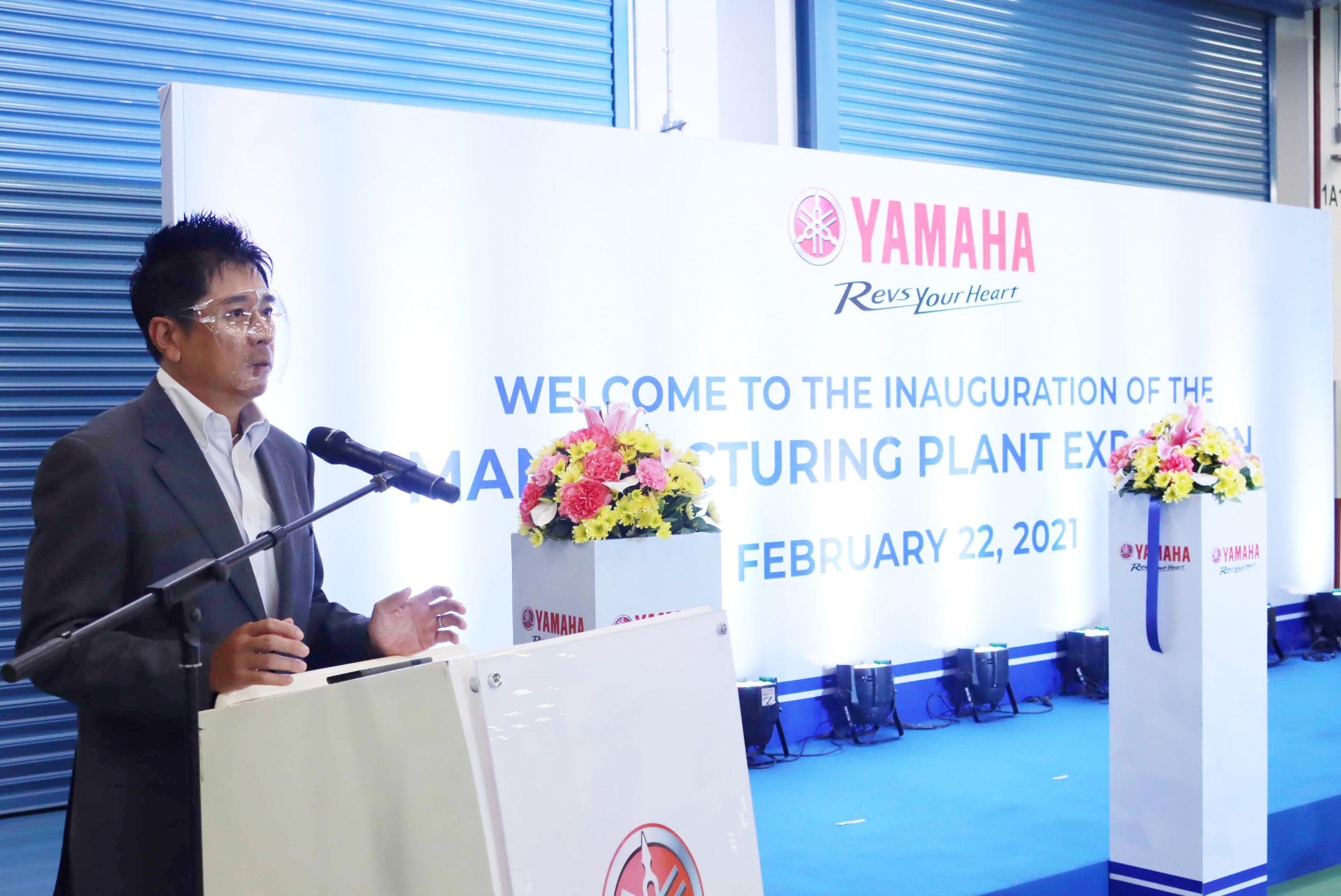 The construction of the expansion project began in 2019 with its aim of doubling its annual production capacity. Then a string of unfortunate events happened. First was the eruption of Taal Volcano followed by the COVID-19 pandemic leading to the postponement of the construction for 6 months. Factory operation was temporarily closed due to mandatory shutdown for 4 months and when business resumed, YMPH first made sure that each of their staff would have the safest possible environment to continue their work.

Despite the slowdown affecting all markets in Philippines, the company proceeded with the investment confident with its desire to outperform itself in the next decade. 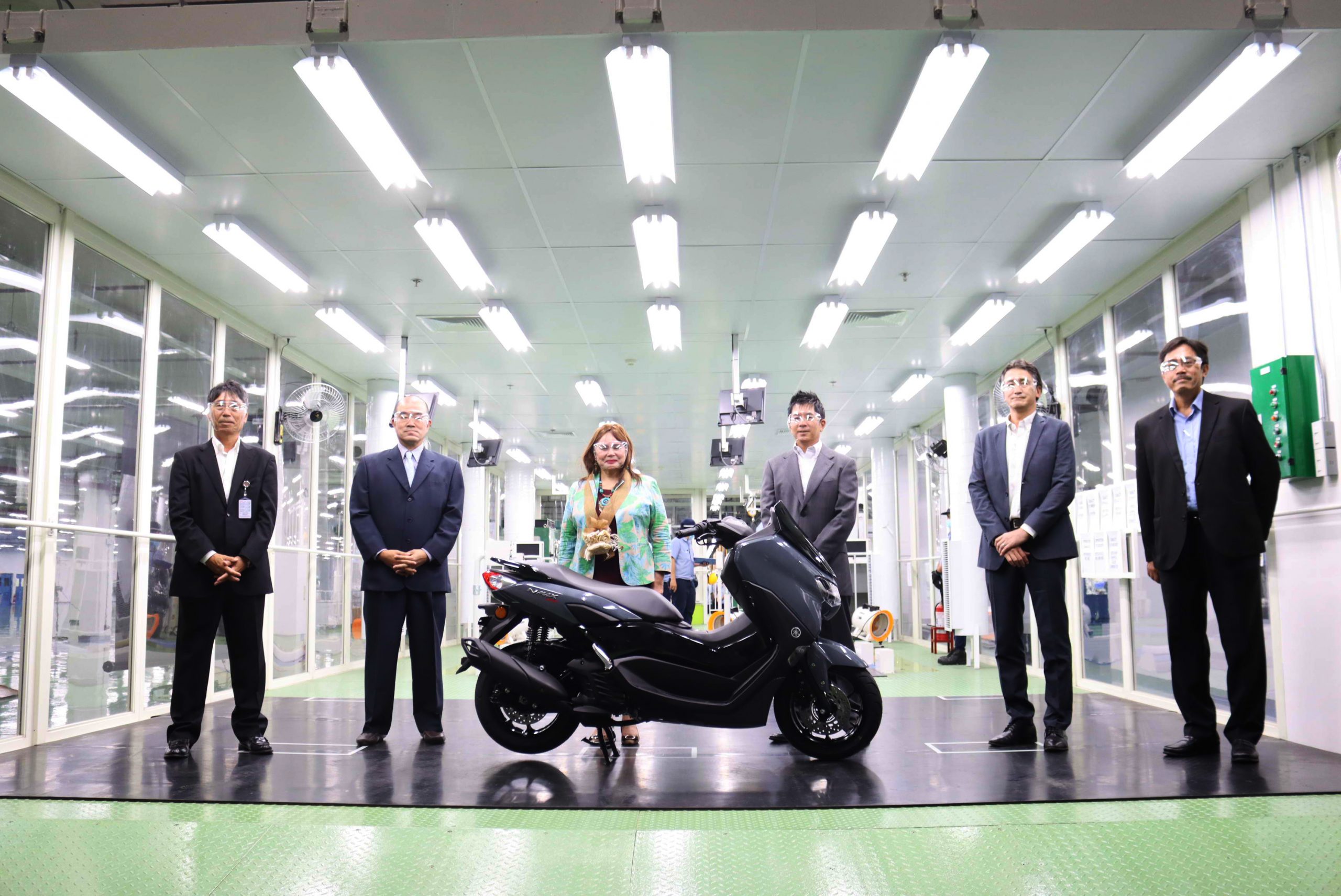 The newly built facility covers 20,000 square meters with an additional capacity of 300,000 units annually. It is intended for Yamaha’s 155cc model segment and adheres to sustainable environmental-friendly manufacturing with state of the art technologies. The generation of a higher number of products will result in the creation of hundreds of new jobs for the expansion facility.

The growth of Yamaha Motor Philippines is a testament to its dedication, perseverance, and passion of providing the best products the Filipino rider can experience. The new facility symbolizes not only a promise of abundant exhilaration but also innovations that will exceed customer expectations in the years to come.