The bike is owned by Mr. Jonathan Keane Concha Camat, an aircraft mechanic and a Culinary graduate who has a passion for classic/vintage cars and motorcycles. 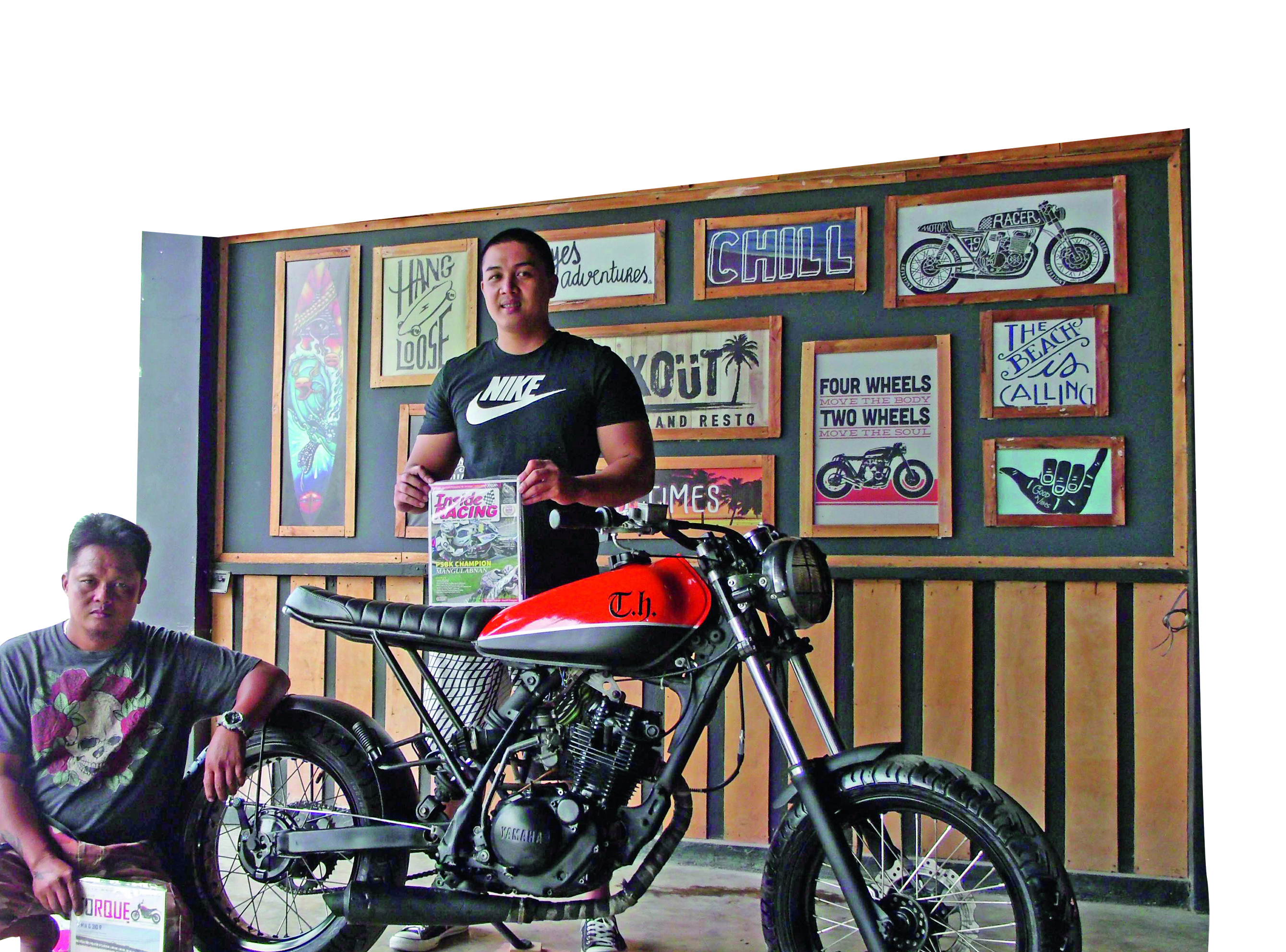 The bike took 2 1/2 months to build. It was done by the gifted motorcycle builder Mr. Ricardo “Titing” A. Tampus Jr., the man behind TH Custom Build cycles. TH Custom Build Cycles was established back in 2000 by its owner Mr. Ricardo “Titing” A. Tampus Jr., a humble but highly skilled motorcycle builder based in Cordova, Cebu. “Titing” does all the engine work, paint job, metal fabrication and electrical wiring. He is a 3rd generation mechanic/motorcycle builder. He traces his humble beginnings when he started to work as an assistant to his father who owns a motorcycle repair shop. He started learning when he was still 12 years old as he started out as the designated engine cleaner in the family when he was young. On his mother’s side he inherited the skills of metal fabrication as his mother came from a family who specializes in metal fabrication for tricycles. “I think it runs in my blood, I was very fortunate to inherit the skills and talent from my father who was a mechanic and my mother who was skilled in welding and metal fabrication. Both of them are well known pioneers in Opon, Mactan when it comes to machinery/repair and fabrication,” Titing said during the interview. 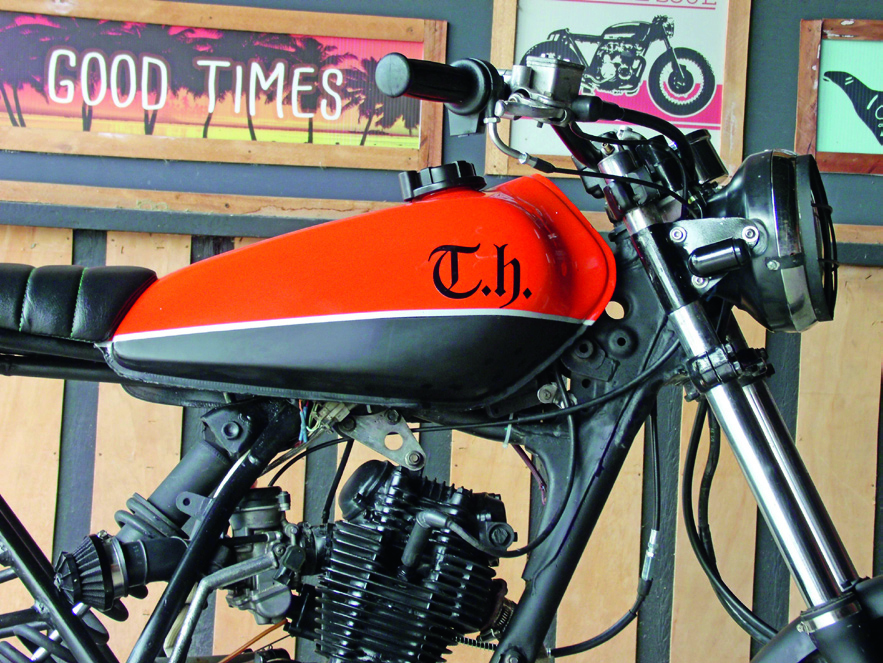 The bike sports a Scrambler/Tracker stance. The sub-frame was custom-built so 80% of the frame was custom-modified to accommodate the (XT250) gas tank, the Brat style motorcycle seat and the new suspension mount point. The stance is midway between a track bike and a scrambler, so the seat height is just right, allowing the rider to have both feet flat on the tarmac in resting position. The underbelly exhaust pipe is also custom-built by TH Custom Build Cycles. 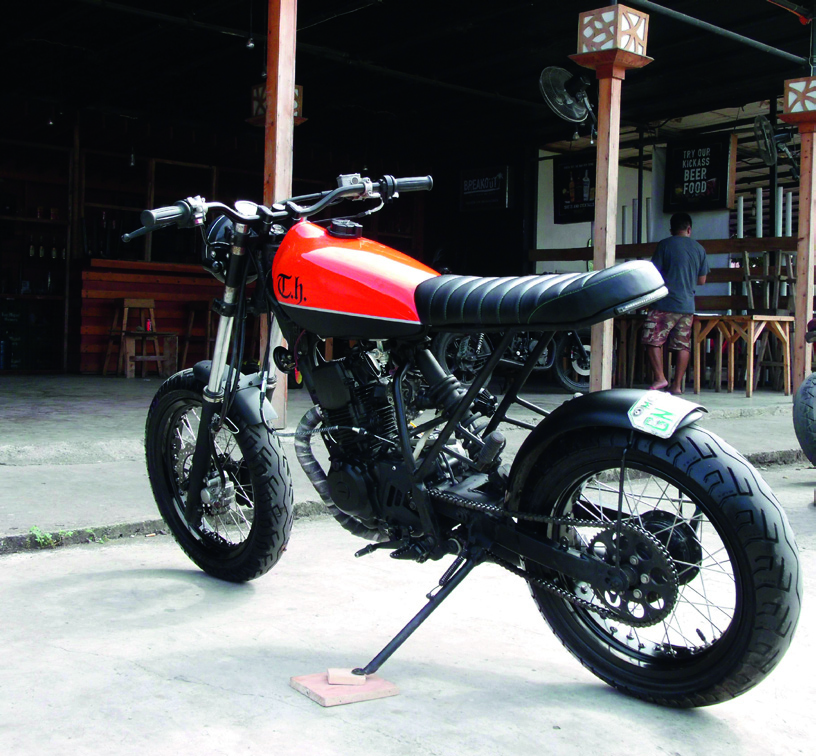 The bike uses Corsa low profile tires wrapped around 17” Takasago Excel rims with stainless steel spokes. To achieve a clean and minimalist look, the electrical components were hidden from view. The tail light was integrated into the frame structure. Low profile front and rear signal lights were also used. The team integrated the wirings within the frame to achieve a sleek and clean look. The frame was custom-painted together with the gas tank and other major components. It was a combination of Molly Orange color paired with Matte Black. The engine was stripped down and reconditioned from an old Yamaha Serow 225 that has seen better days. It was rebuilt and the worn components were replaced and now it runs like a new bike. 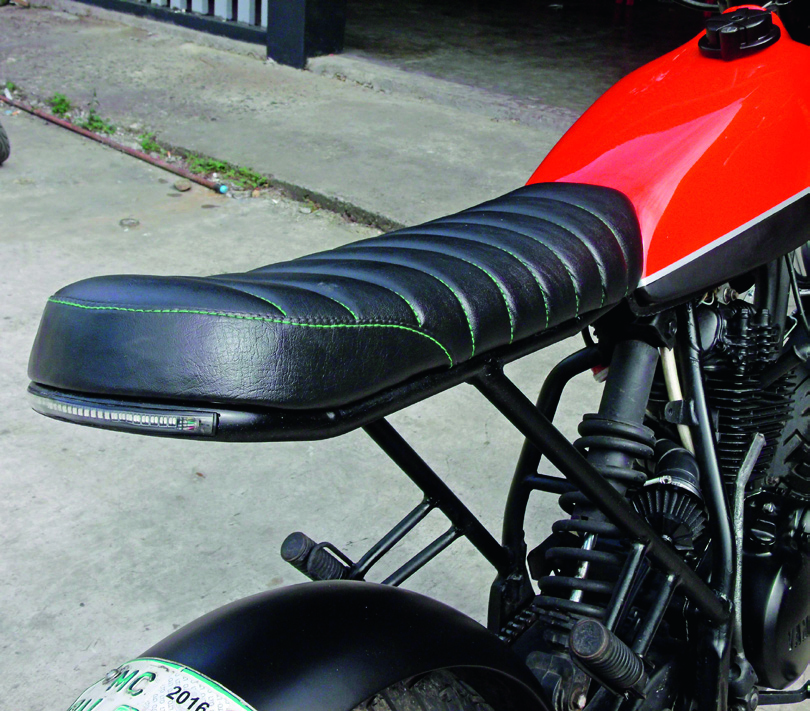 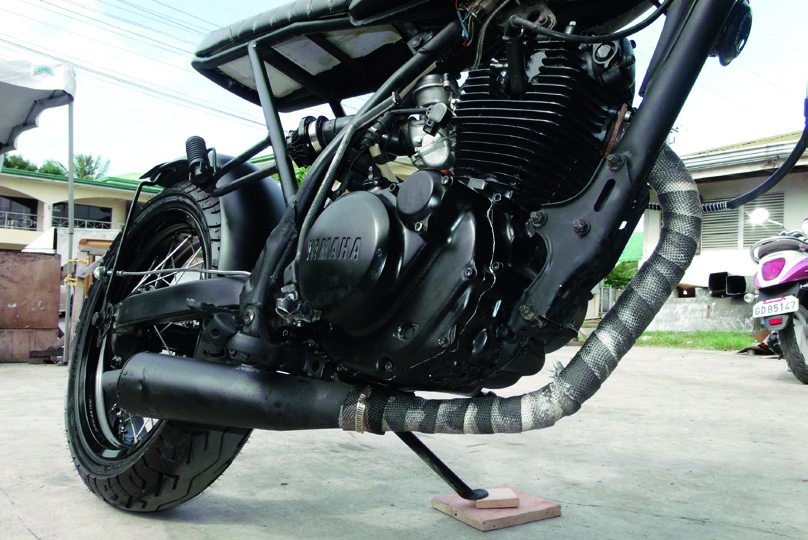 The front and rear fenders were also custom-made together with the headlight grills derived from junk parts and donor bikes. Titing was given the creative freedom for the bike. Keane the owner just discussed with him what he wanted during the start but the rest was artistr in metal by Titing. “It was like love at first sight! I always liked old-school style and this Scrambler/ Tracker is now one of my favorites. When I saw it for the first time, it made me want to jump on it right away and drive around the city,” Jonathan Keane described what its like when he first saw the bike. 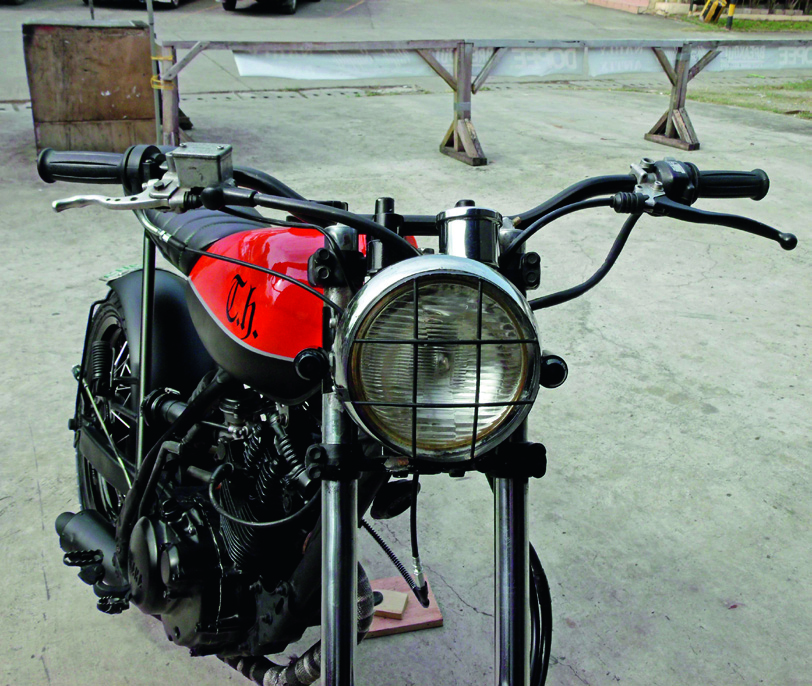 Jonathan Keane has this message to close our interview: “I would like to express my gratitude to the origin of my existence, my parents Papa Deo and Mama Susan, and siblings Ate Kuleen, Cai, Deane and Karl and nephew Dylan for their never ending love and support to my hobbies. Thank you to the wind beneath my wings, my girlfriend Doreen Ybañez, for always ridingwith me through the years whatever that is that comes along. Special thank you to the talented Mr. Ricardo “Titing” Tampos Jr. of TH Custom Build Cycles for bringing my old Serow 225 back to life. You have built something truly special, it is now a timeless Classic Scrambler/ Tracker and it has exceeded my expectations. Thank you to InsideRacing Magazine for featuring my bike. 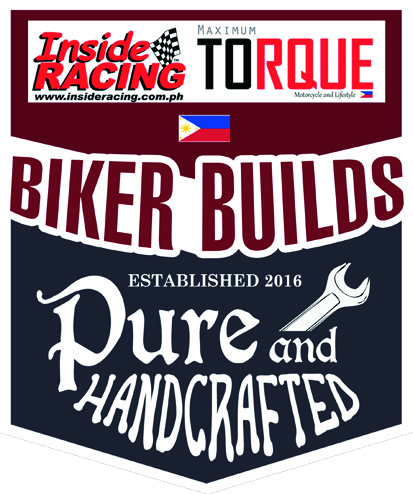