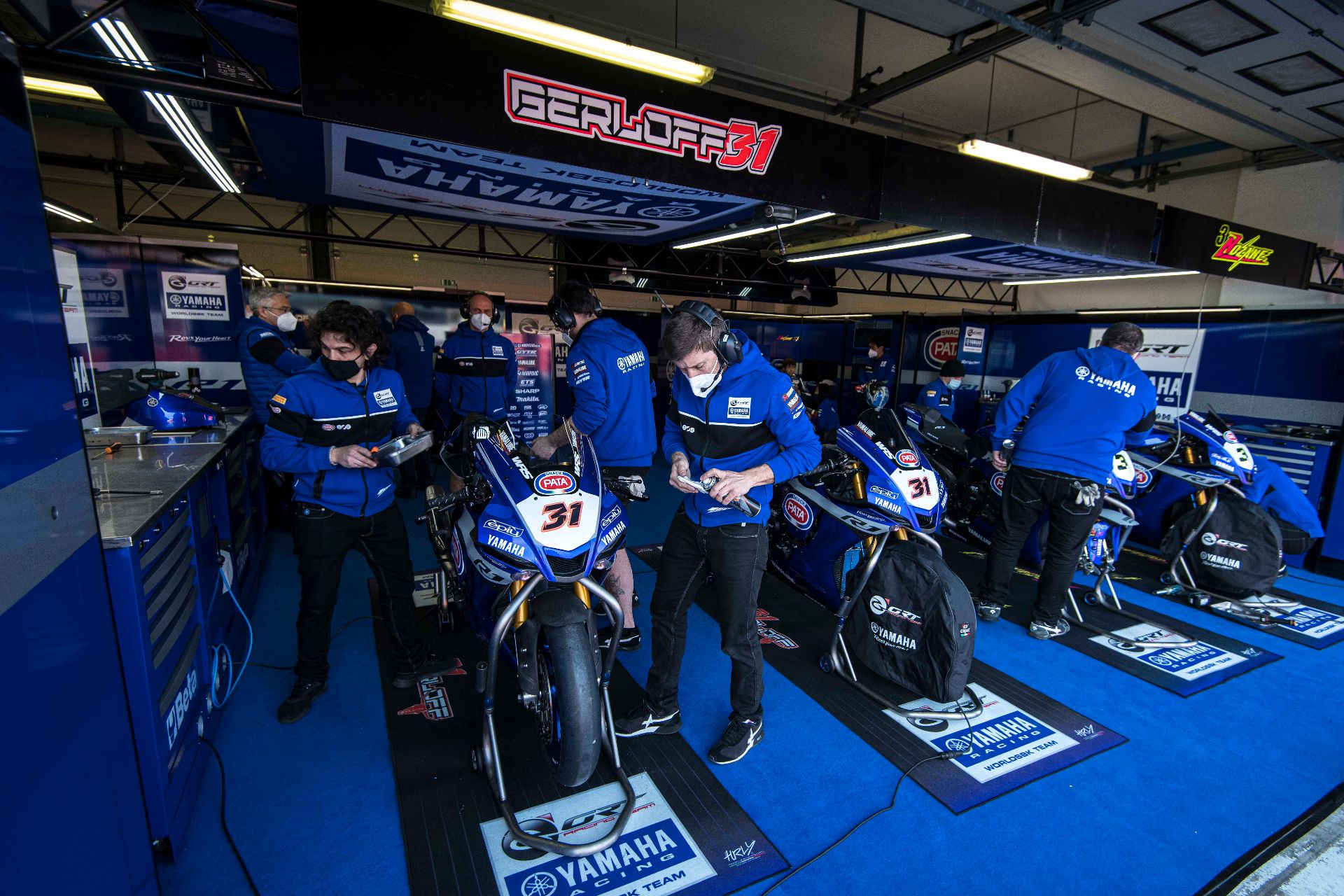 It was a promising start to the 2021 FIM Superbike World Championship for the Pata Yamaha WorldSBK Official Team and the GRT Yamaha WorldSBK Team at the Misano test (March 15 and 16), as Toprak Razgatlıoğlu topped three of the four sessions, ending the two days with the second-fastest time. 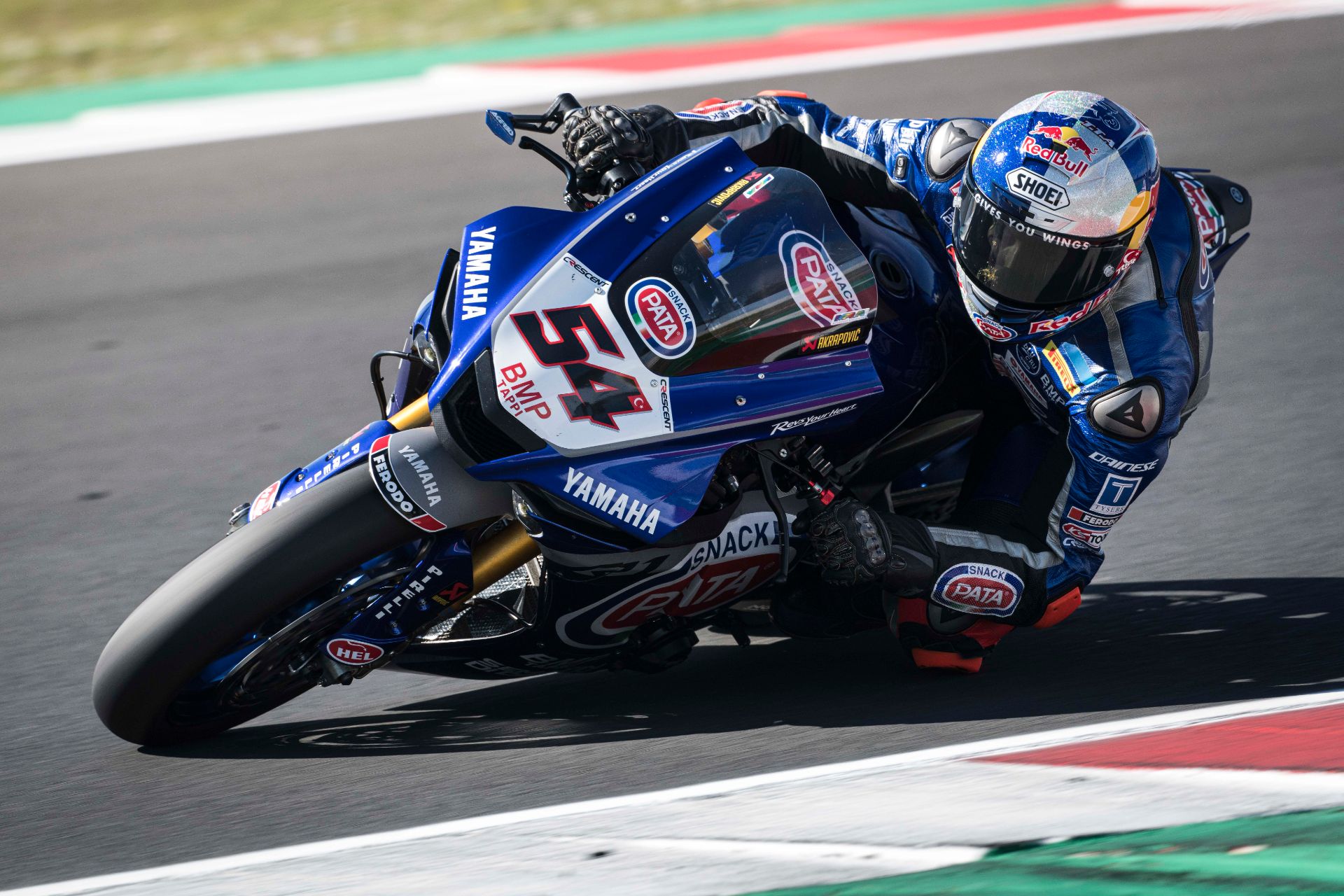 Heading into his second season with Pata Yamaha, Razgatlıoğlu was quickly back up to speed on the Yamaha R1. The Turkish rider was fastest after the opening day and continued that strong form into Tuesday, topping the morning session despite a late fall. The 24-year-old improved on the X-specification race tyre to go second overall on a 1’33.886, completing 140 laps across the two days. 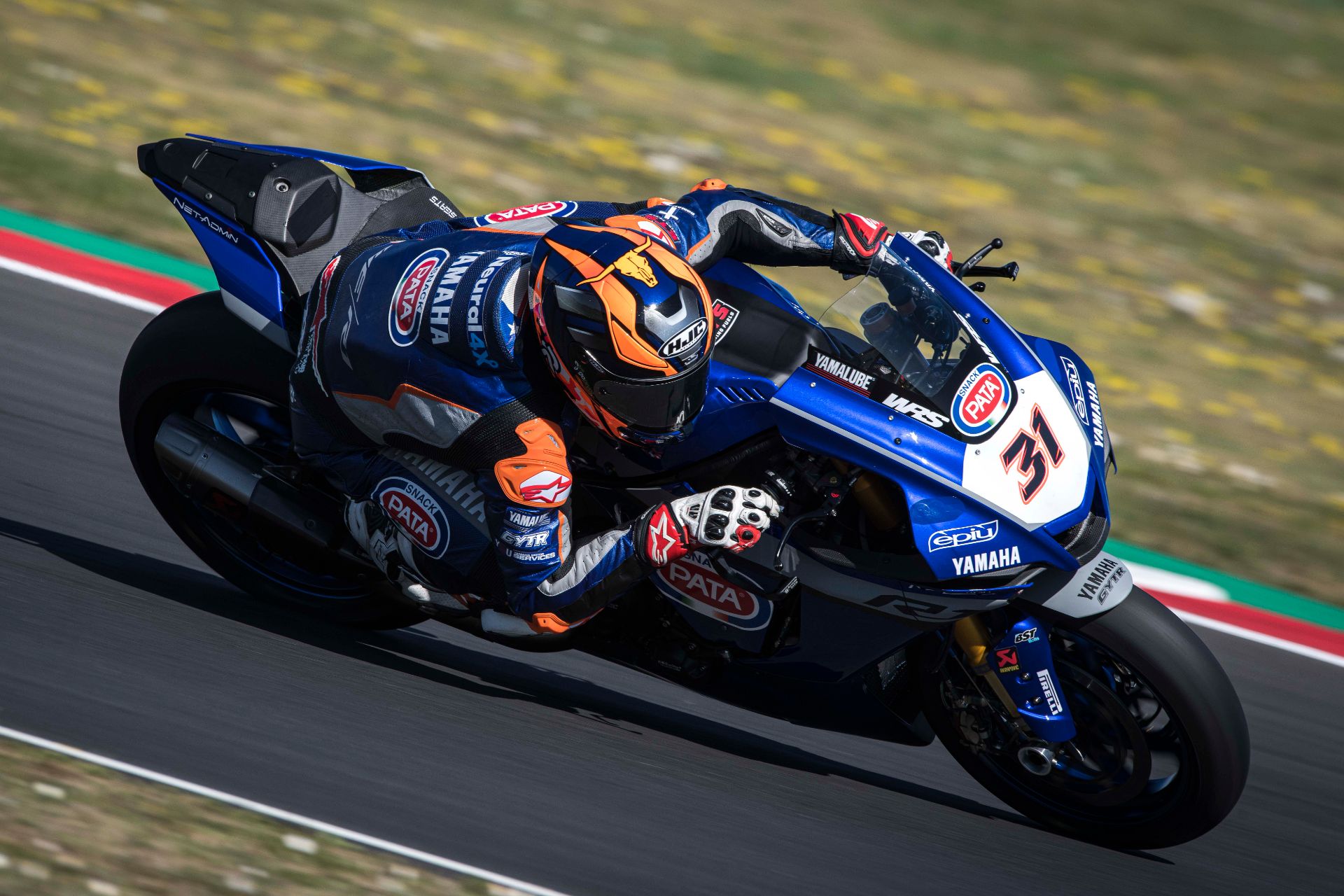 At GRT Yamaha, Garrett Gerloff recovered from an early fall to go fifth fastest on the opening day. The American, who impressed during his rookie season last year, enjoyed more track time on the second day, ending the test with 111 laps and managing a fastest time of 1’34.013 to go third, despite this being his first time at the Italian venue. 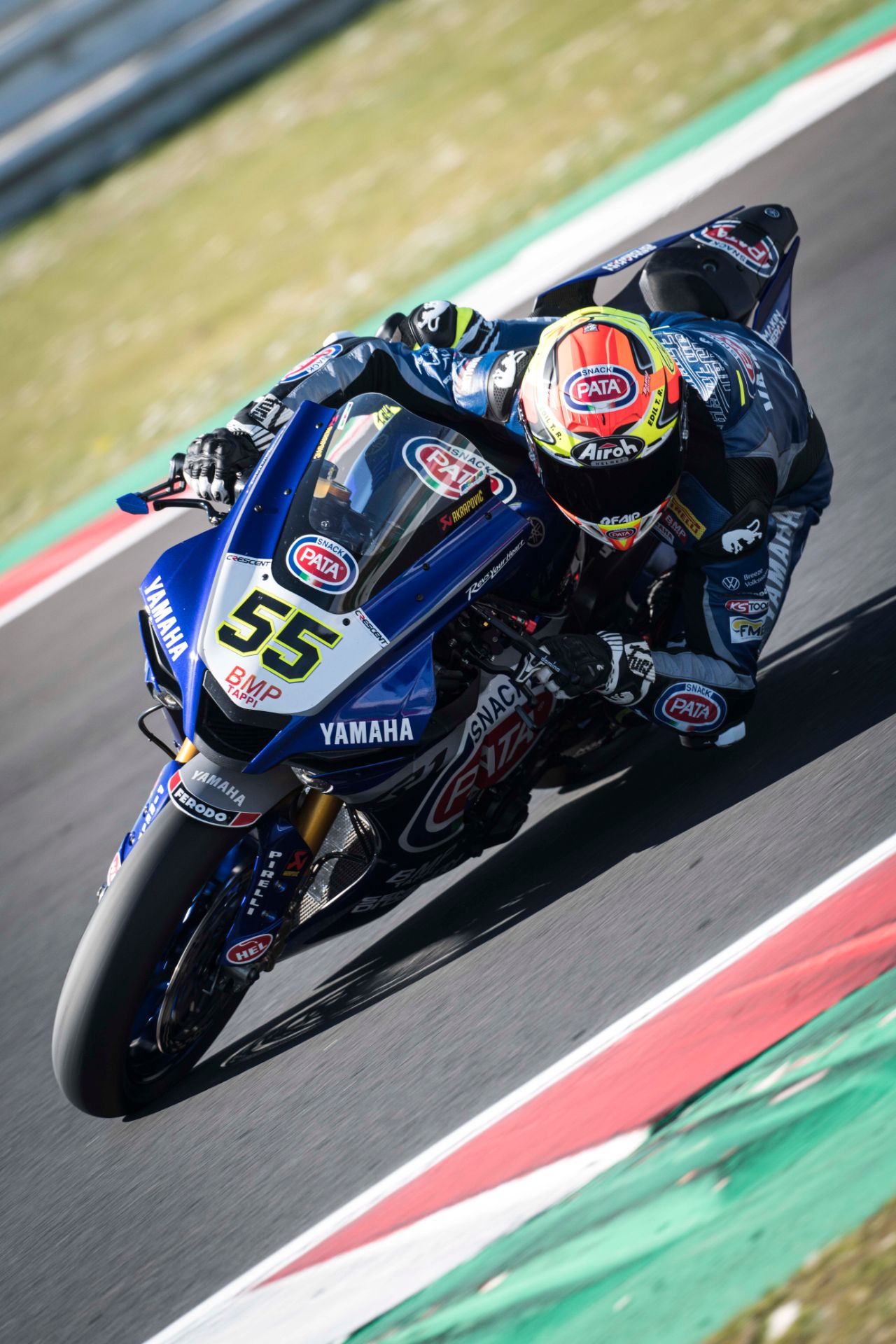 2021 Pata Yamaha newcomer Andrea Locatelli continued to adapt to the Yamaha R1 and managed a mammoth 92 laps on the opening day. The Italian’s pace continued to improve throughout the second day, and he leaves Misano with the fifth fastest time on a 1’34.794 and 161 laps under his belt. 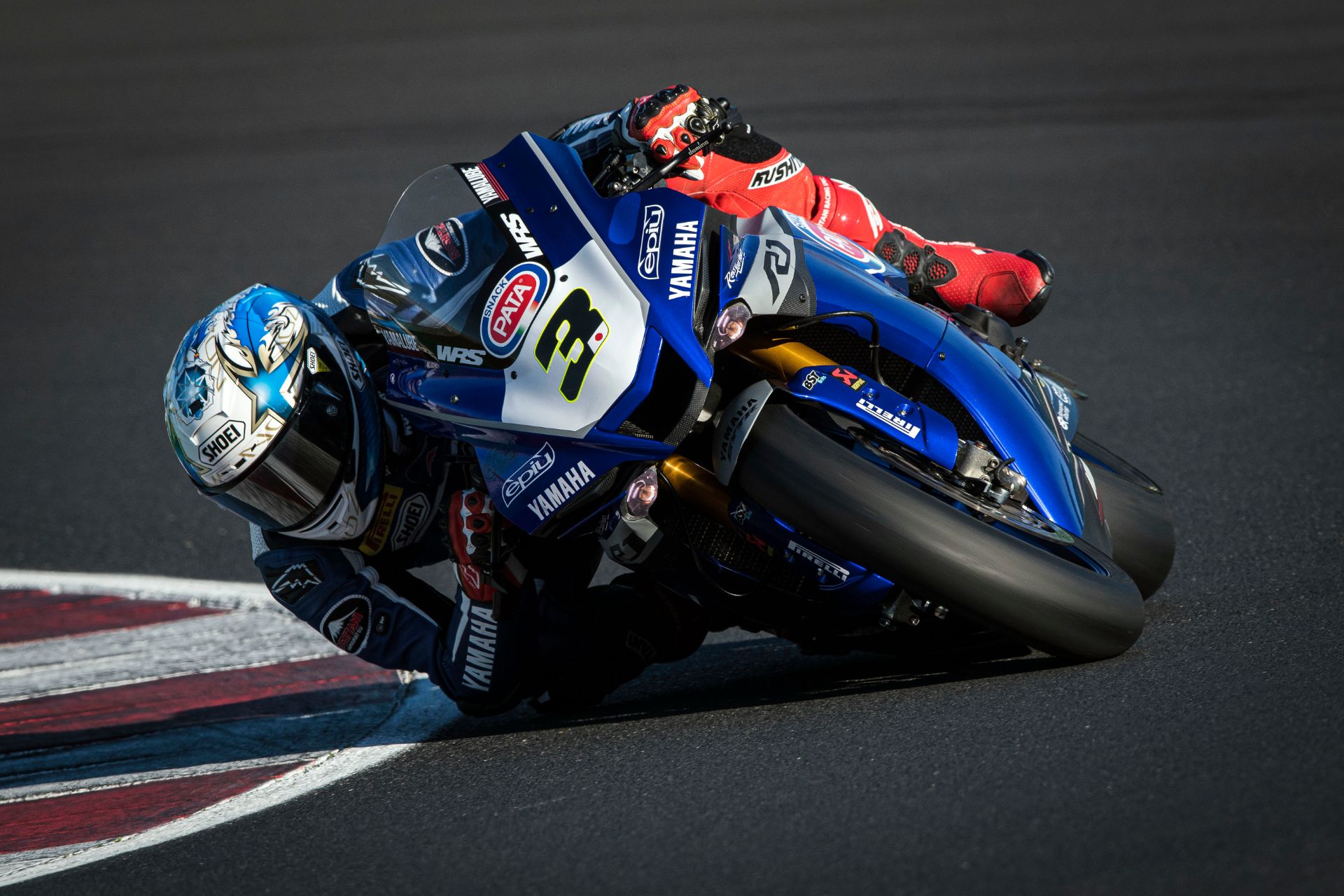 Kohta Nozane, taking part in his second test with the GRT Yamaha squad, also impressed fresh from his MotoGP testing duties in Qatar. Still adapting to the Pirelli tyres, the Japanese rider completed 117 laps of the Misano circuit and took 1.520 seconds off his time from the opening day to go eighth fastest on day two with a time of 1’35.003. 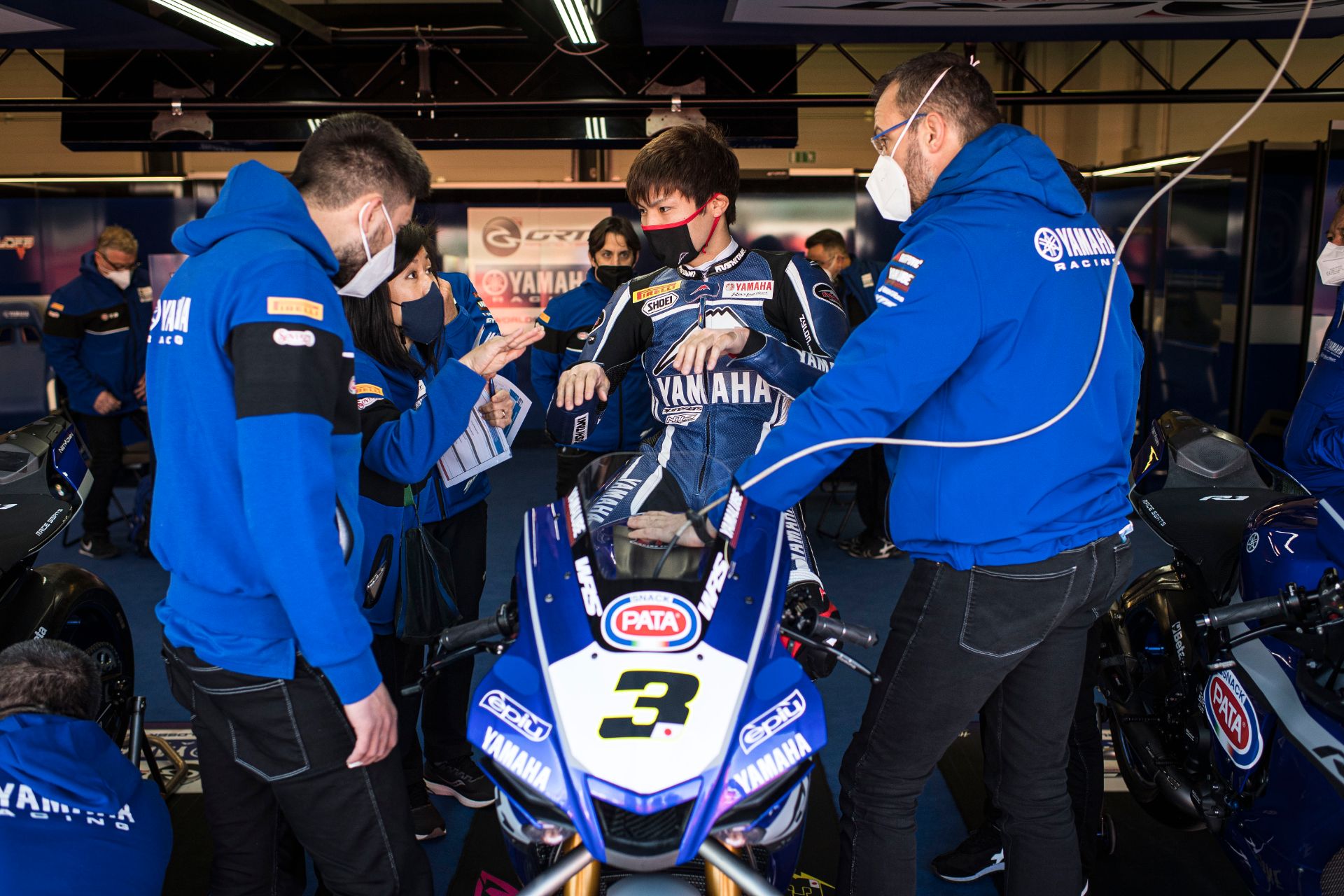 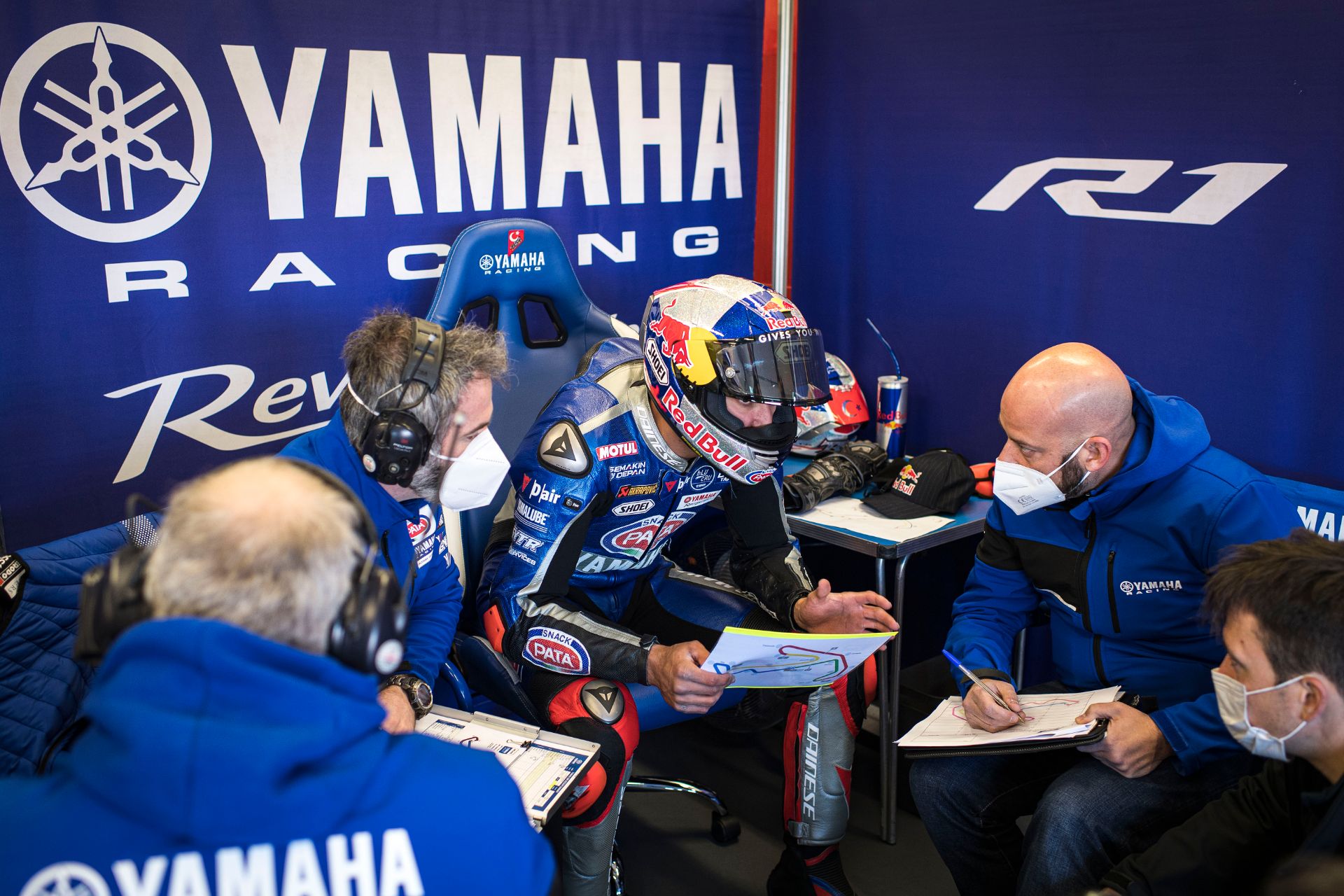 Both Yamaha teams will be back in action at the Barcelona test (31 March – 1 April), as they continue to gear up for the 2021 WorldSBK season. 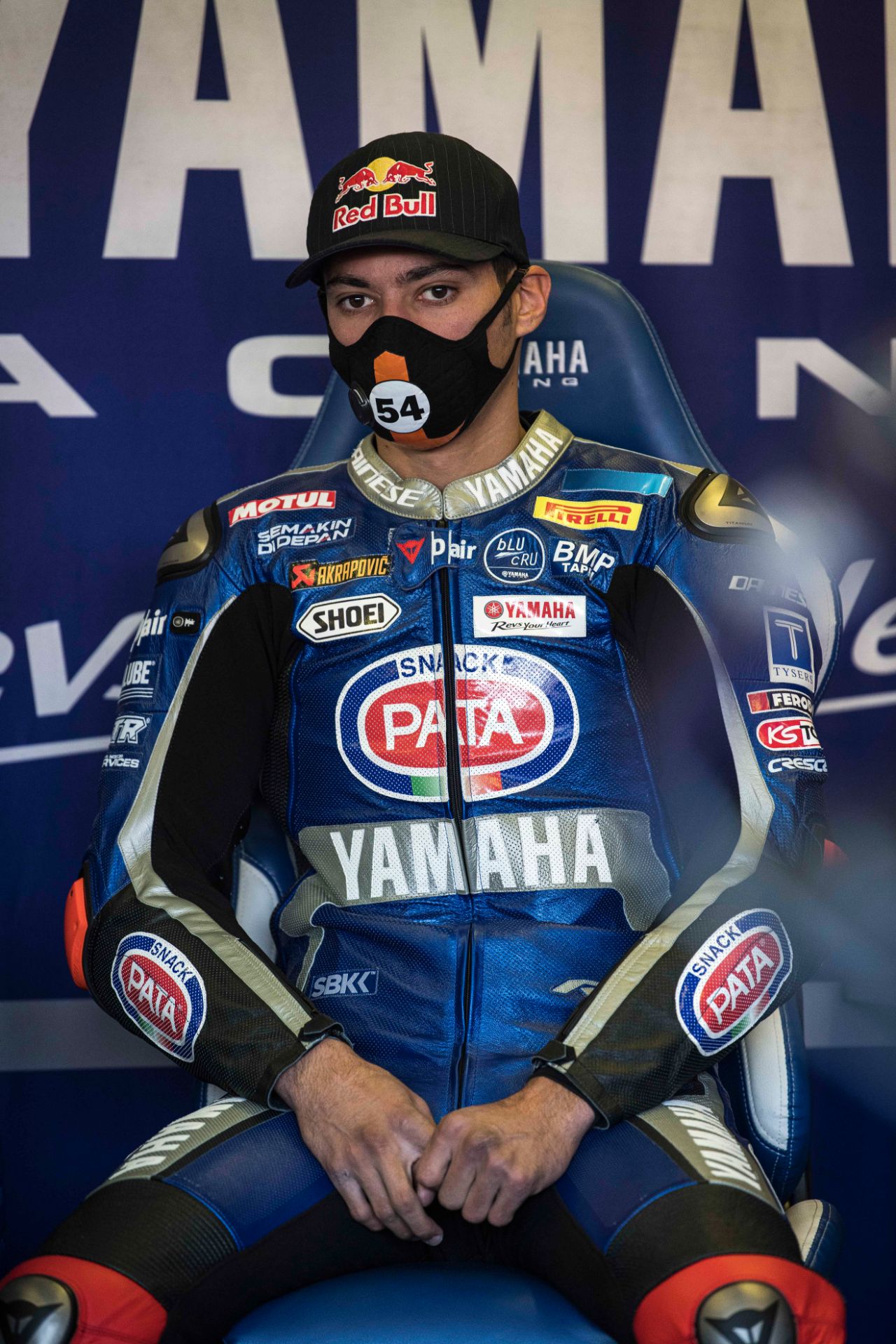 Toprak Razgatlıoğlu: P2 – 1’33.886 / 140 laps (Pata Yamaha WorldSBK Official Team): “We tried many new parts. I had a small off in the morning at Turn 2, but we recovered and worked hard on the set-up. We are happy because we did a good lap with the X-tyre, but we don’t know what our ultimate pace is because we couldn’t get a good lap in on the Q-tyre. We will see how it goes at the next test. Thank you to the team, they’ve done a great job throughout the winter and during these two days.” 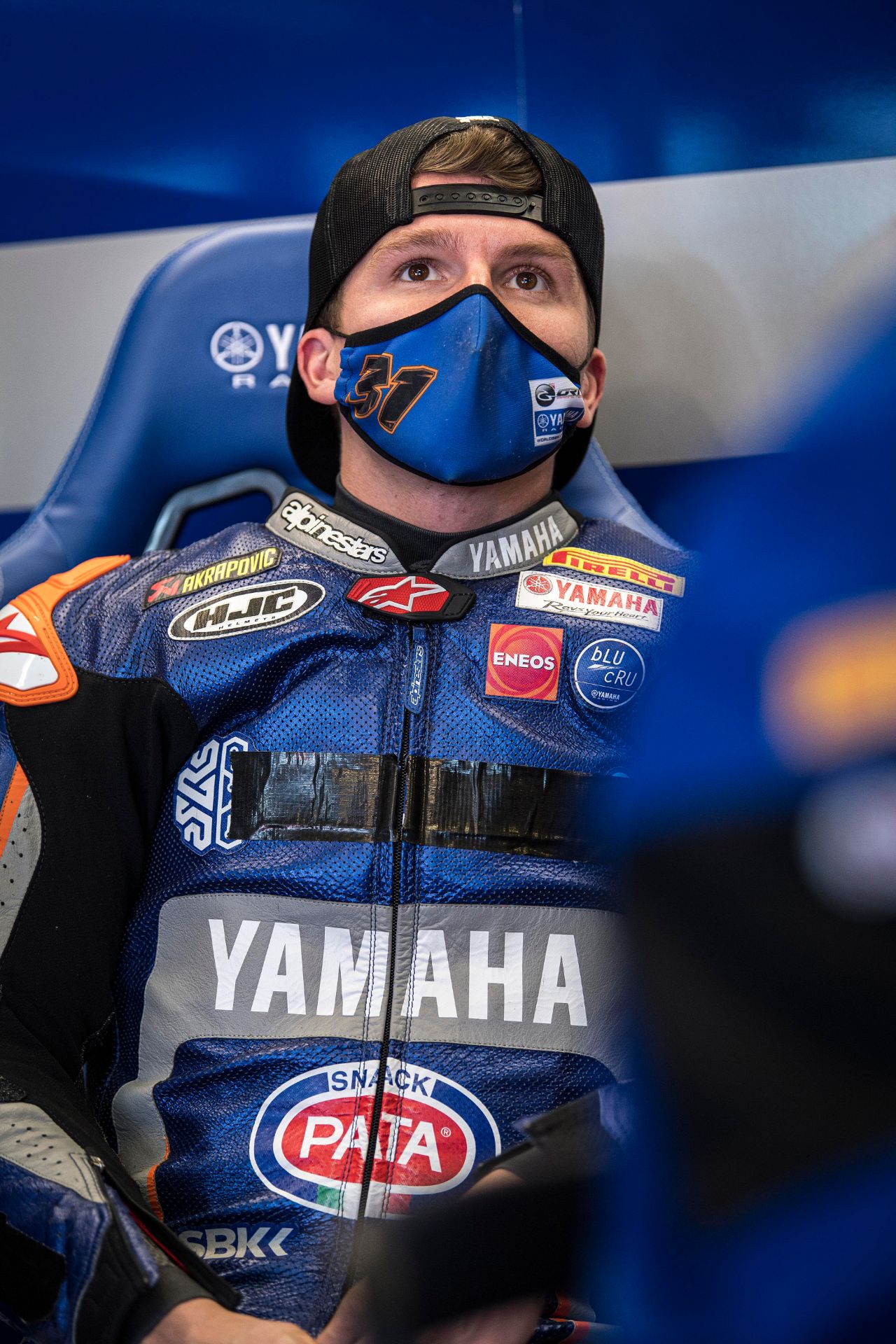 Garrett Gerloff: P3 – 1’34.013 / 111 laps (GRT Yamaha WorldSBK Team): “I’m happier today than I was yesterday, we did a lot of laps just to get used to the track. I feel really good, the Yamaha R1 feels even better, and my crew and I are on the same page, so it’s all coming together. It was nice to have a clean day, test some new items, including the new aero package, and get some more information for the next test in Barcelona. The engineers have been working really hard and we’ve been making some gains. I’m leaving here really positive and looking forward to continuing to learn and improve the bike over the next few tests.” 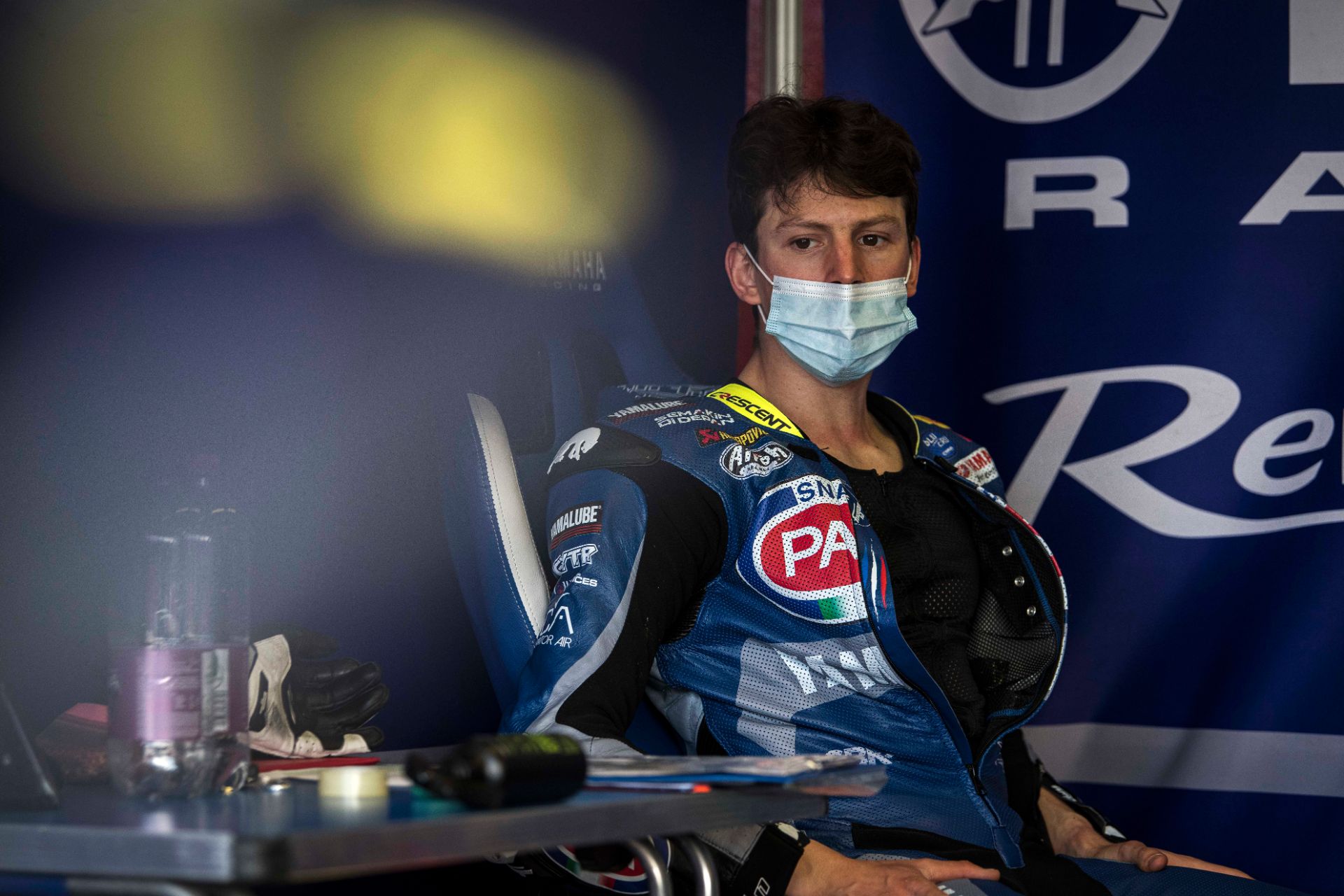 Andrea Locatelli: P5 – 1’34.794 / 161 laps (Pata Yamaha WorldSBK Official Team): “It was a really good test. We managed to do a race simulation today and the lap times were really promising and consistent. We still need to improve our one-lap pace, but it’s the first test and it was important not to make any mistakes and get as much mileage as possible. We will see how it goes in Barcelona, but I go home very happy.” 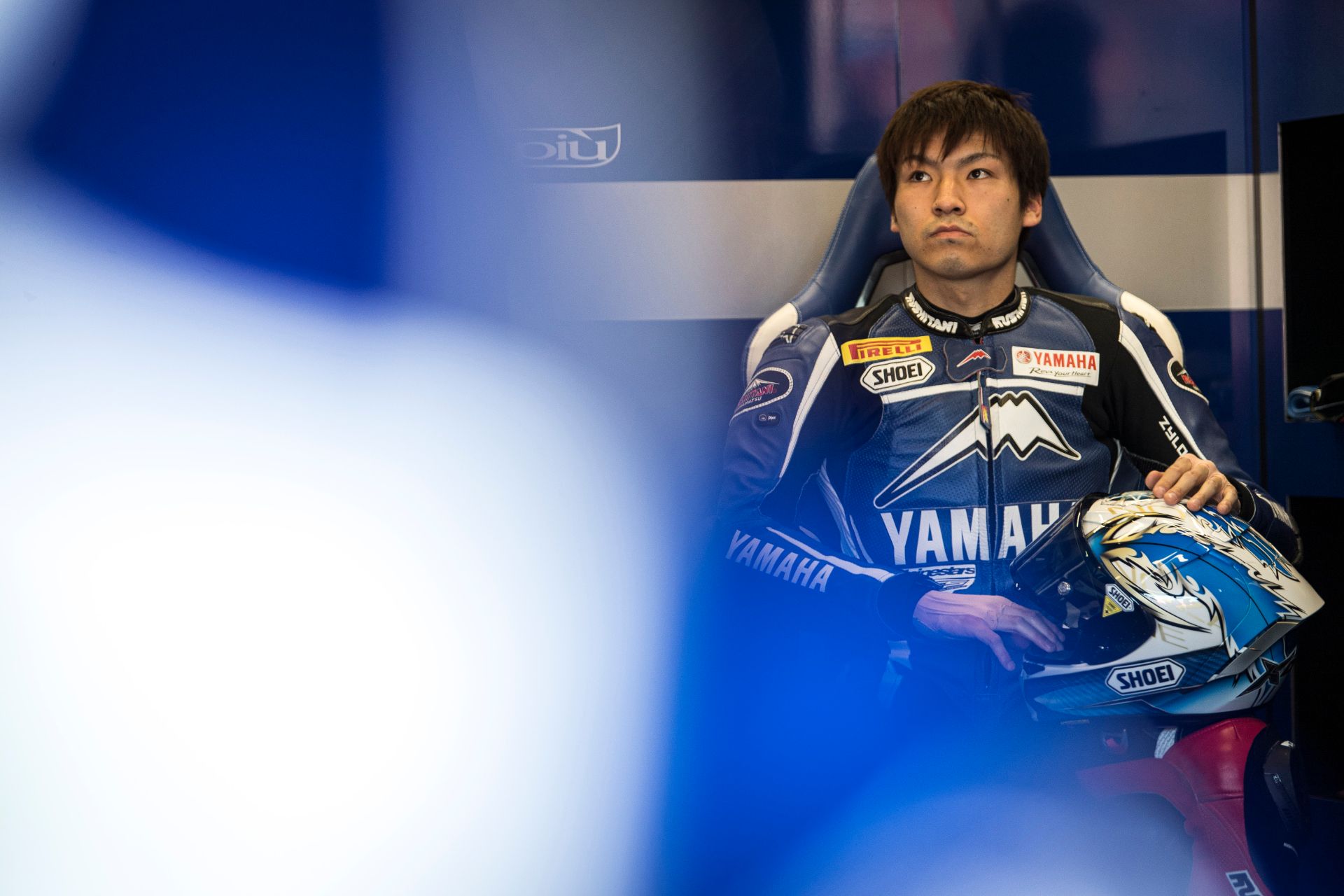 Kohta Nozane: P8 – 1’35.003 / 117 laps (GRT Yamaha WorldSBK Team): “The test was very satisfying. Compared to day one, I could improve my pace and I’m getting into a good rhythm. It was a very productive test and I’m very happy with how these two days went, the track was amazing to ride on. I feel more comfortable with the team, the bike, and also the tyres, which are still quite new to me. We have a few more tests ahead, so I’d like to keep working hard and be ready for the first race of the season.”

Andrea Dosoli (Yamaha Motor Europe Road Racing Manager): “These two days in Misano have been very promising for both teams. We were able to test a few new parts and managed a lot of laps, so we’ve got a good amount of data to go through ahead of the next test. All four riders improved throughout both days, Toprak posted some impressive laps, and Garrett wasn’t far behind. Andrea managed more laps than anyone and made no mistakes – we were impressed with his consistency over the race simulations. It was also great for Kohta to continue his preparation for his maiden season and by the end of the test he was right in the mix. We have a good platform to build on for the upcoming test in Barcelona.”