More than 40 lucky YBR owners were treated by YMPH to a wonderful adventure ride around the beautiful island of Panay. As a bonus, they also got to spend a day on the famous white sands of Boracay. 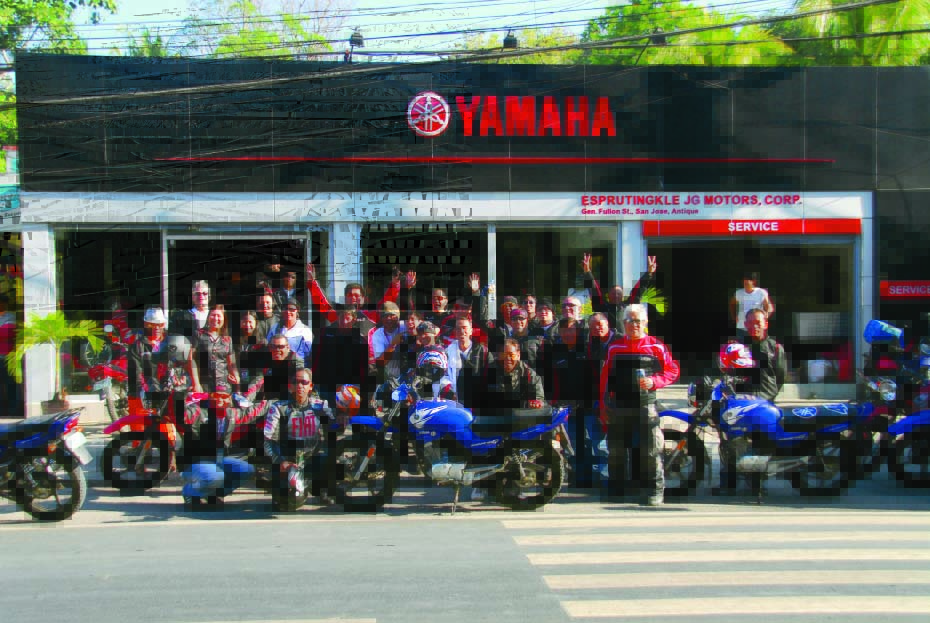 The third leg of the Yamaha YBR Touring Adventure was held from February 26-28, 2010 in the Visayas area. Like the Mindanao (Davao) and Luzon (Rizal) legs held previously, the event was exclusively for Yamaha YBR owners and the tour was designed for them to feel the performance and adventure capability of their YBR 125 motorcycles. The YBR 125G was launched in late 2008 and is powered by a reliable and super smooth 125cc engine combined with a backbone chassis, big 18-inch wheels and durable suspension that is made for rugged performance. It has proven its credibility by conquering the most difficult roads in the country. 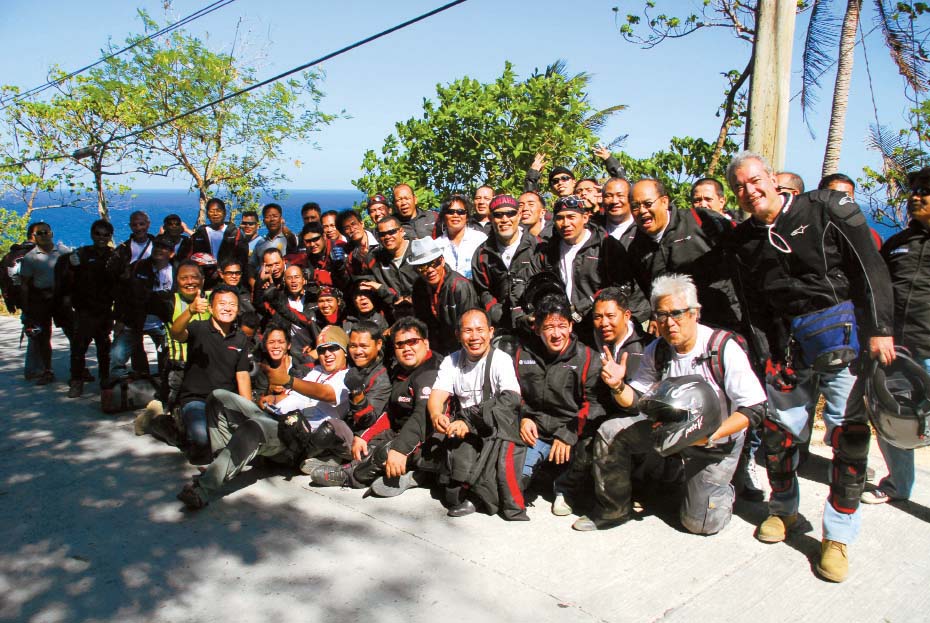 Aside from the owners themselves who came from Luzon, Visayas and Mindano, YMPH also invited a select number of media participants form InsideRACING Magazine (Ricci Abrina), The Racing Line TV and Panay News to cover the fun event.

After meeting up in Iloilo City, the group went around the island from the west side for a six-hour ride to Boracay. After an overnight stay in Saint Vincent Cottages, the group then headed down back to Iloilo via the east side of the Island. 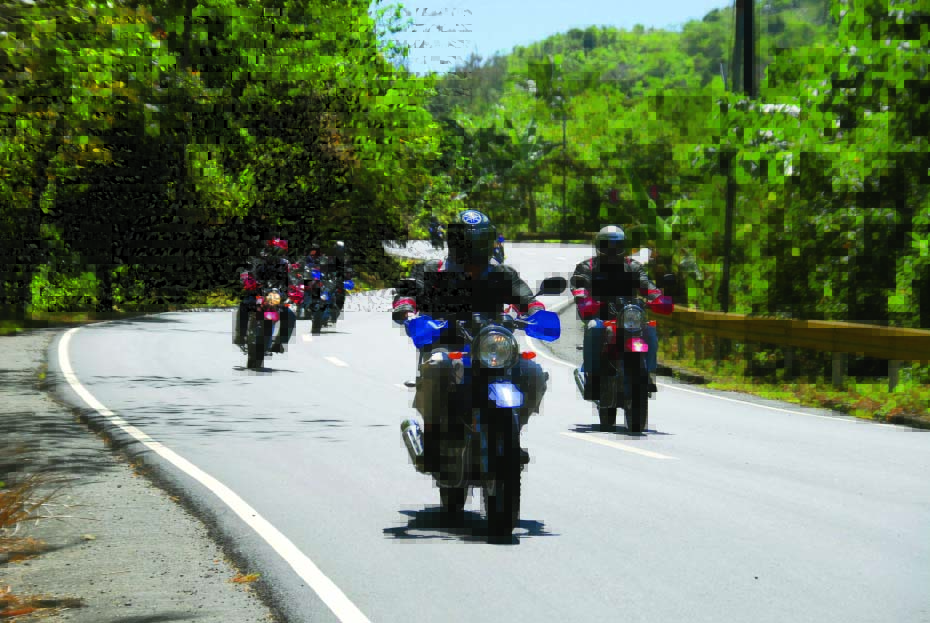 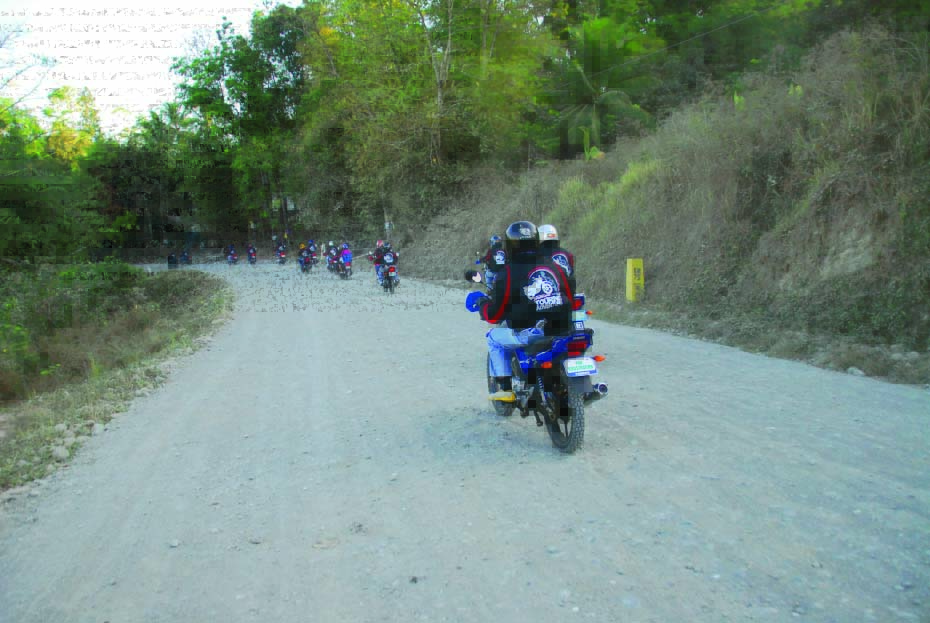 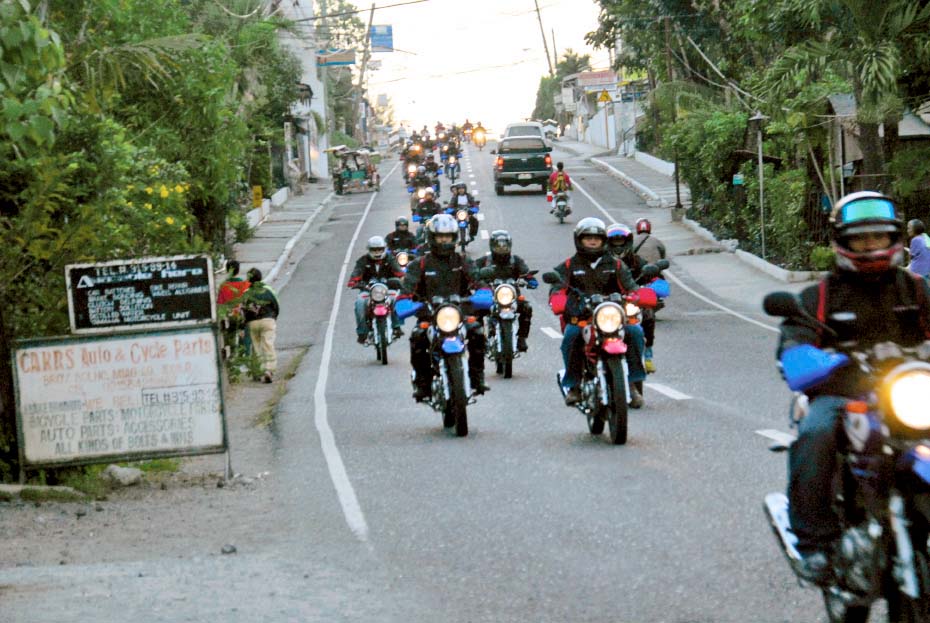 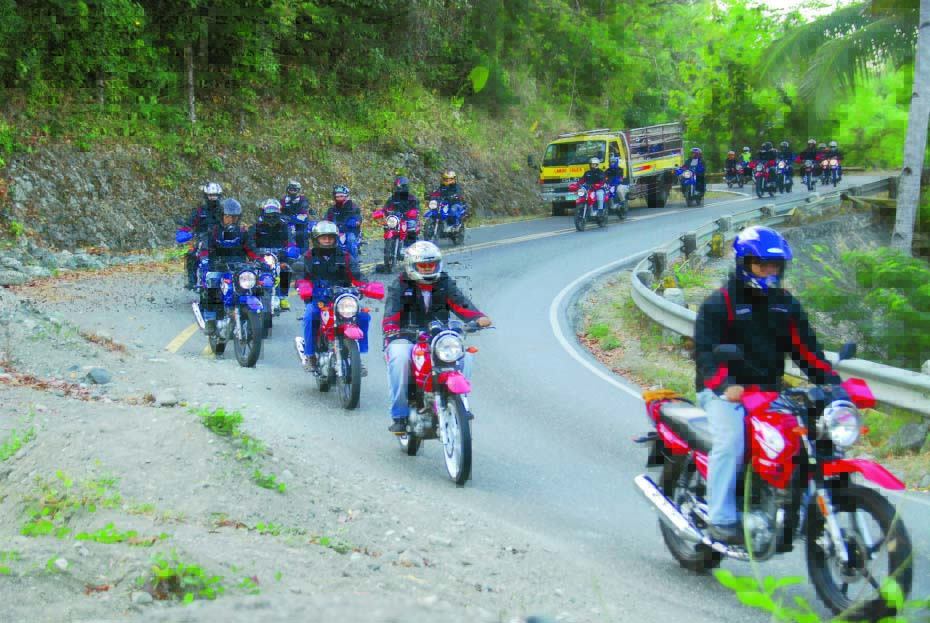 The event was organized by YMPH’s Mr. Ryan Jude Camus, Ms. Denise Calimlim and Mr. Macky Ramos who made sure that the participants had a great time. The ride itself was well coordinated with sweepers and service mechanics on standby complete with tools and spare parts. Aside from the free fuel and accommodation, all participants got Yamaha freebies as well. 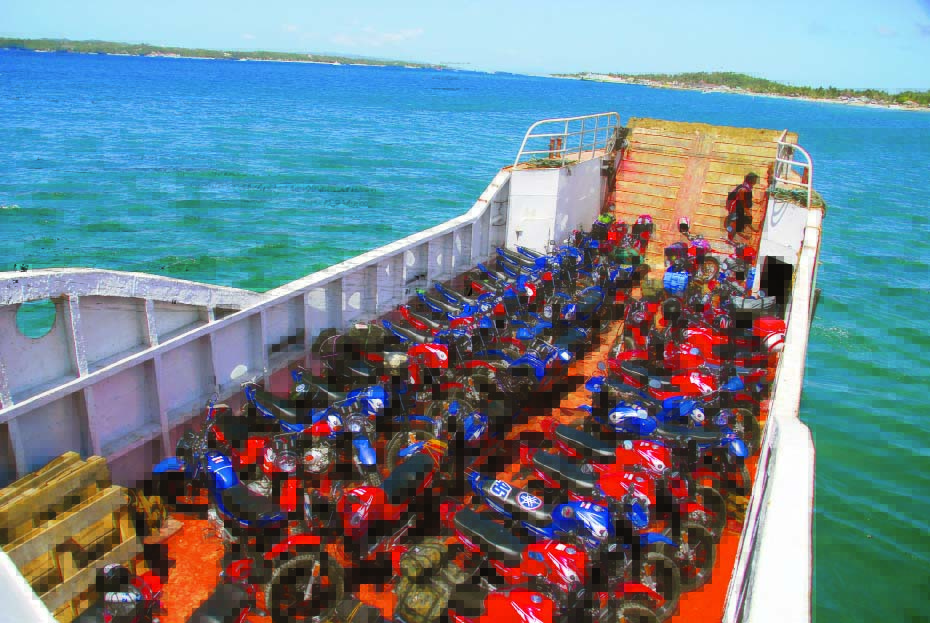 “We arrived in Iloilo on Friday afternoon under the summer heat with four other journalists and checked in at the Sarabia Manor Hotel. It was a super early (5 a.m.!) start the following morning where I chose the red YBR for the six-hour adventure ride to Caticlan and Boracay with the 40 other awesome-looking riders. The ride was comfortable and top speeds of up to 110kph were reached. The bad road conditions were absorbed by the superb suspension and 18- inch wheels. We encountered several delays due to a crash and an altercation with other motorists. We rode through breathtaking western coaster roads of Panay towards Caticlan. We arrived before lunch time at the RoRo port of Caticlan. It was my first experience to board a RoRo with a motorcycle and it was truly an exciting treat. Once on the island, we rode the Boracay streets on our YBRs with Boracay Beach Police escorts up to the highest peak of the island. After that, we checked in at the St. Vincent Cottages Resort where we stayed for the night. 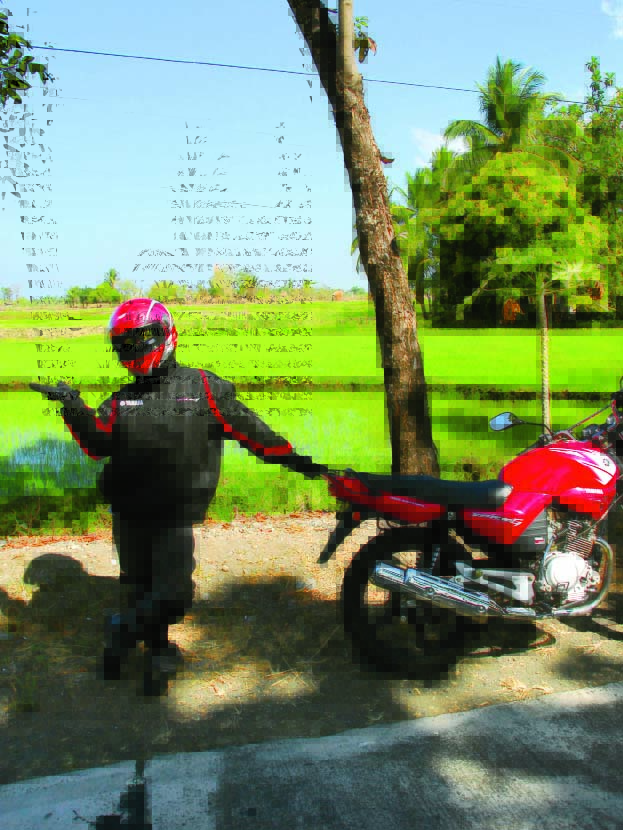 Together with the other riders, we had some bonding moments during the night at the bar. Games, live band, singing, and the fire dance helped relax the tired riders. The next day, after a hearty breakfast and some “quality” beach walk to enjoy the “scenery”, we started our four-hour ride on our trusty Yamaha YBR 125 at 10 a.m. back to Iloilo.” 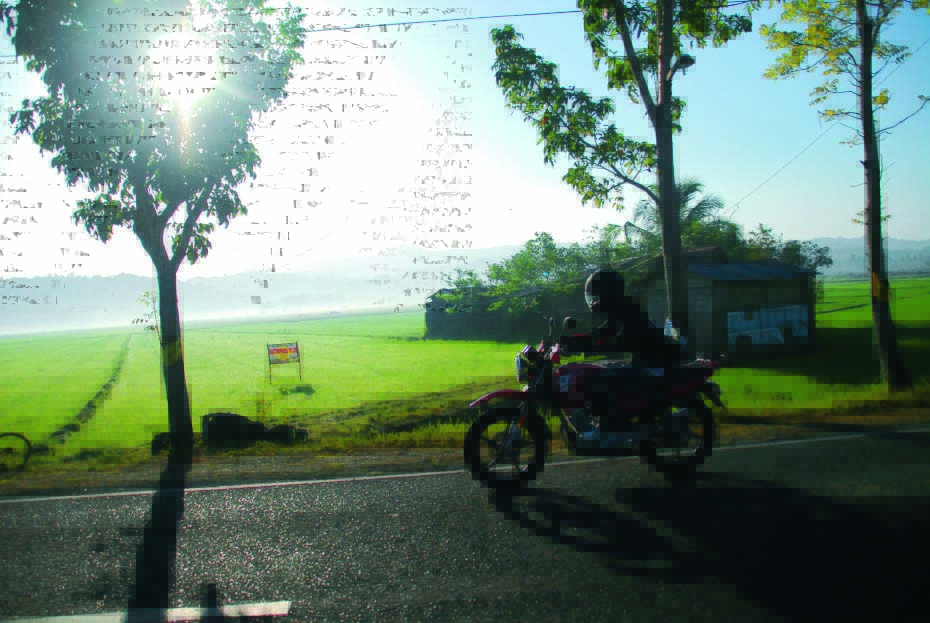 *This article was published in InsideRACING’s  Volume 8 Number 3 2010 issue. 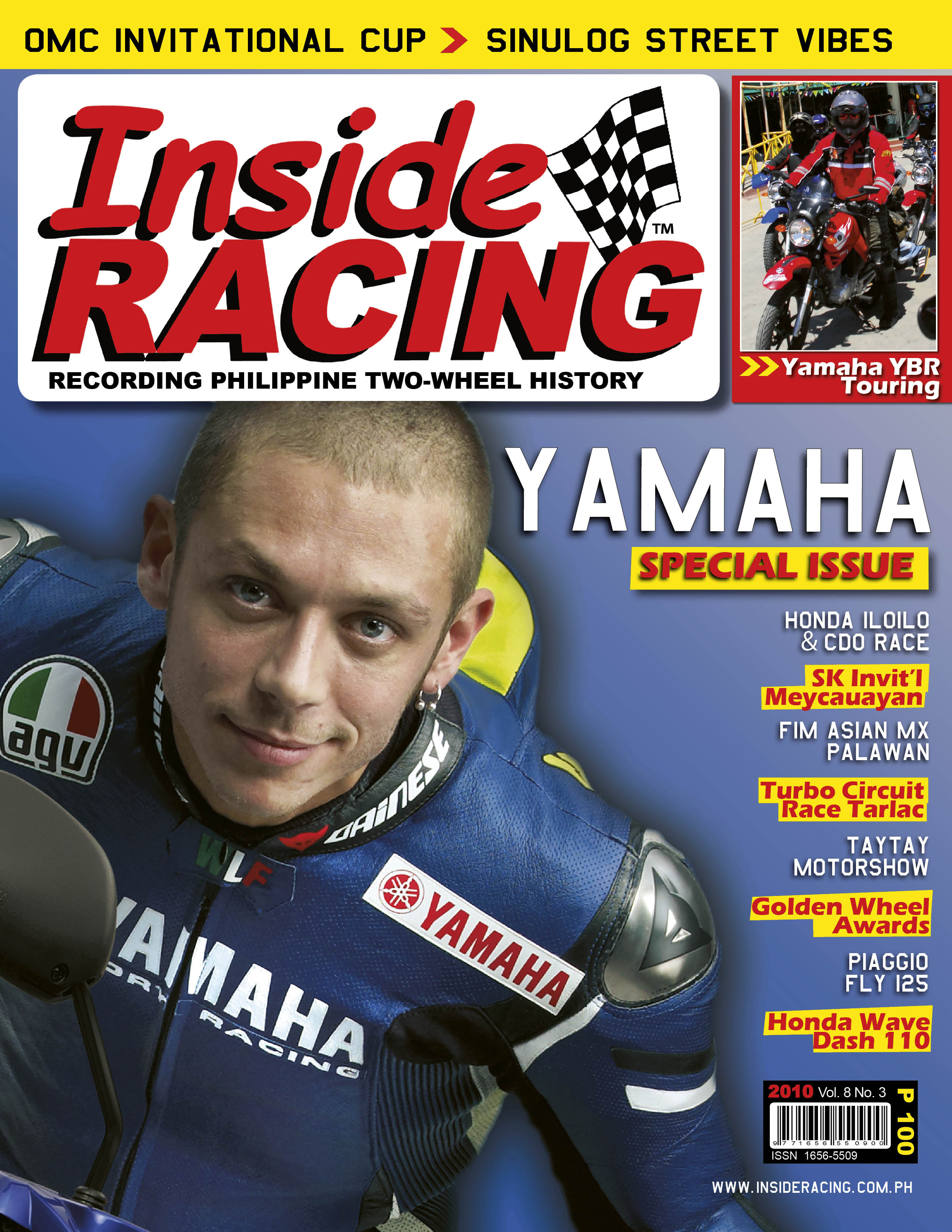