DAY 1 – It’s that time of the year again for the biggest bike fest in the country and Yamaha was ready to give an unforgettable show. The annual exhibition draws all kinds of motorcycle lovers and that’s what Yamaha is all about – offering a product for every rider. This year’s edition of the Yamaha Motor Show prided itself in bringing machines to life with innovative technology and the passionate human touch. A display of how you can own the future with Yamaha.

Wrapped in a solid white fabric, the Yamaha booth was shielded in the early going. With a spectacle shrouded in mystery, it quickly drew a crowd of onlookers eagerly waiting to see what was behind the curtain. 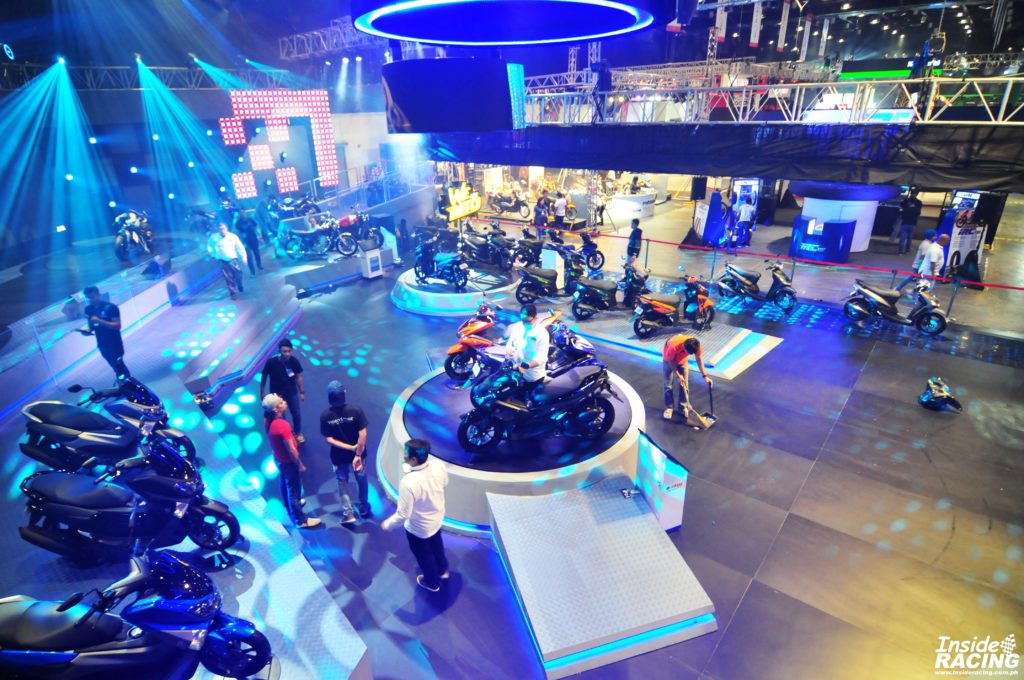 Robi Domingo brought his energy and humor to start the program which was as modernized as it could get. Yamaha officials were called onto a platform where a digital hand print scanner was embedded on the booth cover. As they reached out their hand, the exhibit was quickly and seamlessly revealed. How advanced was this structure? Robi had A.V.A. which stood for Autonomous Visual Avatar, an artificial program that co-hosted alongside him. Together, they symbolized the importance of man and machine in harmony.

The showcase had it all. Performance and sophistication with the MAX series highlighted by the newest model, the XMAX. The power of emotion was unleashed with the big bikes that ignited passion in every turn. It was also a showcase of Yamaha’s newest campaign ‘We are Mio’, a culture created to represent the youthful vibe of being unstoppable with the Mio. The number 1 automatic motorcycles are partnered with the Miollennials – the all new Mio Sporty with BoybandPh, Mio i 125 with Nadine Lustre, Mio Soul i 125 with Drew Arellano, and Mio Aerox 155 with Matteo Guidicelli.

And owning the future did not stop with a culture that defied age norms. Yamaha debuted a technology that will alter the course of riding forever. History was made with the development of the MOTOROiD, Yamaha’s most futuristic concept motorcycle to date. It was a feat of human and mechanical ingenuity that was demonstrated to everyone. 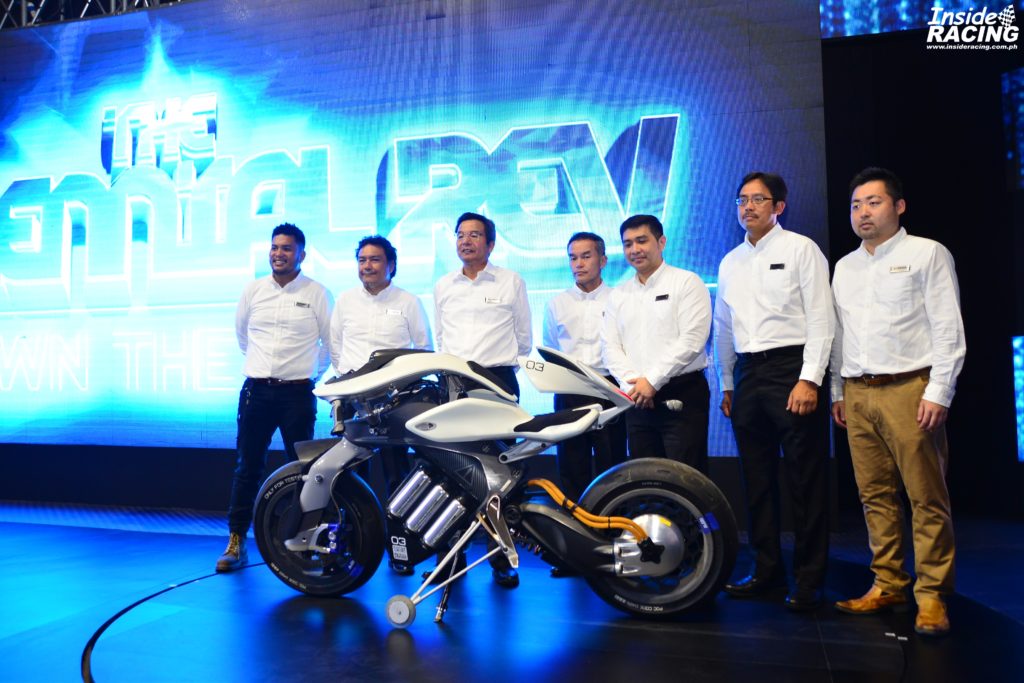 The image recognition AI uses machine learning algorithms for facial and gesture recognition functions. It recognizes its owner’s face and from there the movement of MOTOROiD is controlled through simple hand gestures. It can move forward, backward, turn in every direction, and stop without being physically handled. The Active Mass Center Control System (AMCES), is a technology that stabilizes 2-wheeled motorcycles using electronic active controls to optimize the vehicle’s posture and prevent it from falling. 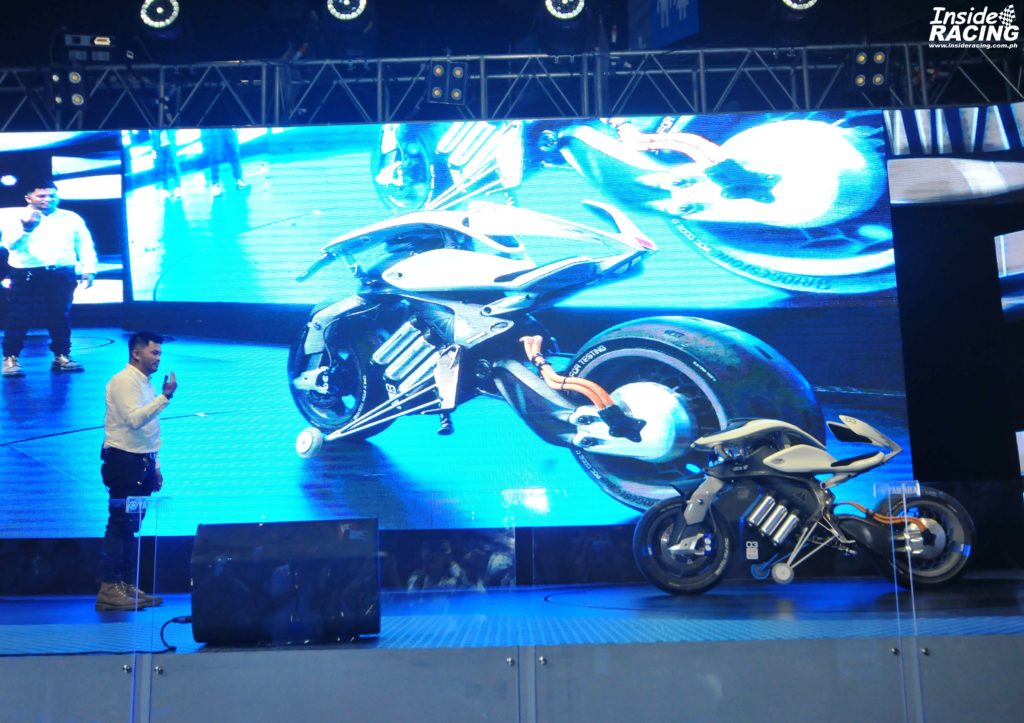 DAY 2 – Yamaha Motor Philippines continued its highly inspiring exhibition at the World Trade Center. After a strong start on Day 1, attendees now had a full day of the Millennial Rev to enjoy.

Displaying innovation that offers riders to own the future, everyone inside the exhibition had plenty to choose from. Sophistication and performance was on hand with the Max Series – the NMAX, TMAX, and the recently released XMAX. The big bikes provided the power physically and emotionally. It wasn’t hard to get your blood flowing with the MT09, Super Tenere, Tracer 900, XSR 900, SR400, YZF-R6, and YZF-R1. The movement has been causing quite the stir with the ‘WE ARE MIO’ campaign which pushes a young a trendy culture to be unstoppable. This world that Yamaha created pushed beyond the boundaries of generational norms by introducing the Miollennials. 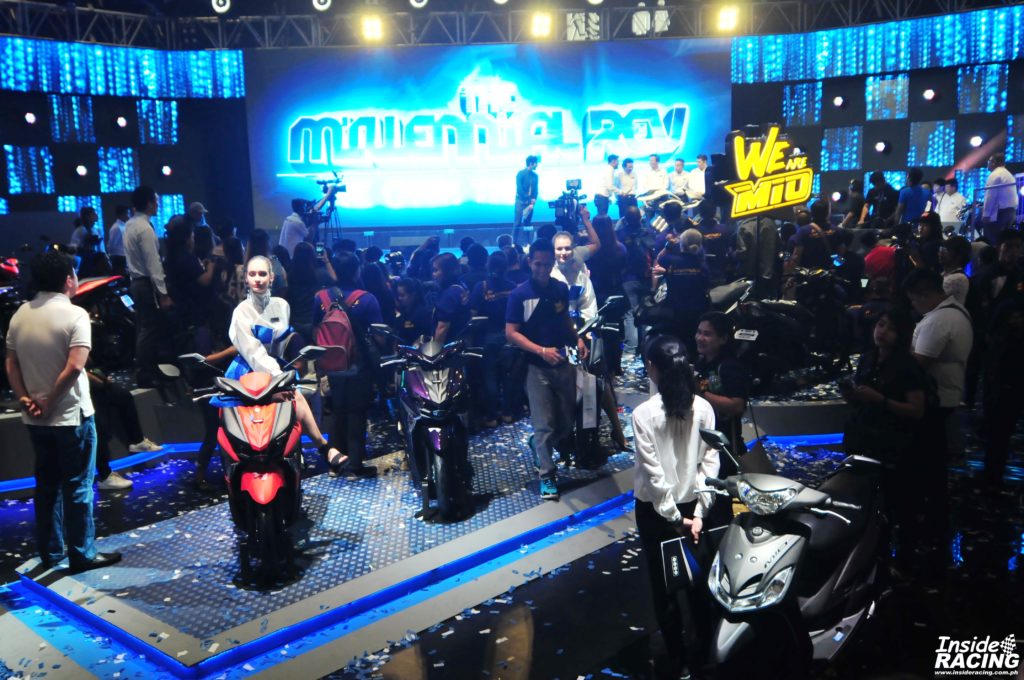 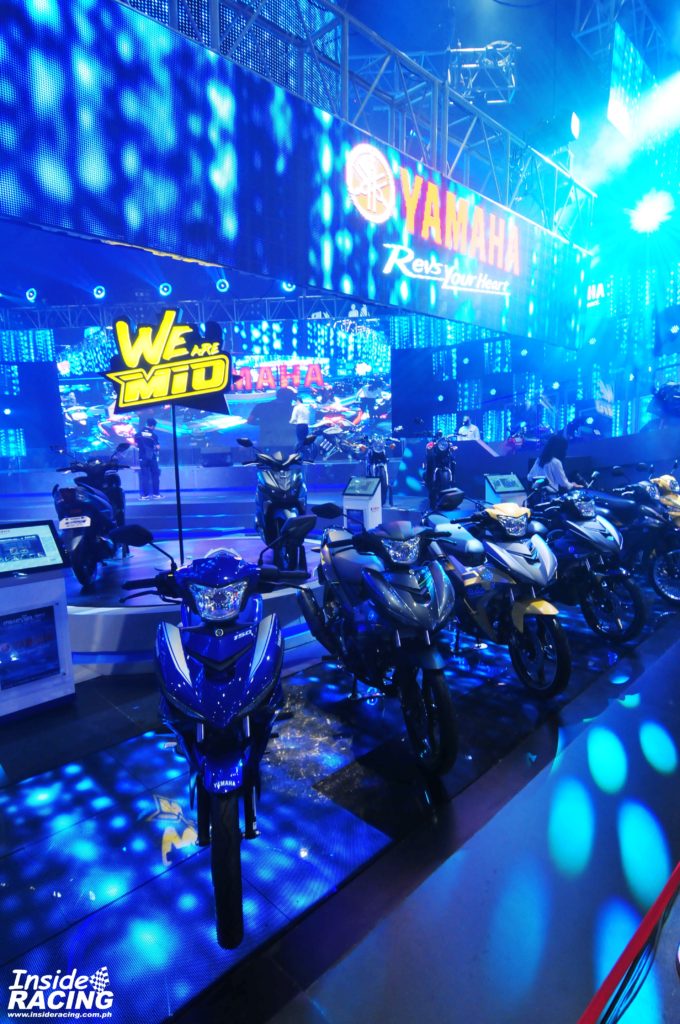 The highlight of the day was the Yamaha Club Tour De Rev. Marketing Customer Relations Head Mr. Hansel Leyva, unveiled the plan for the nationwide tour which had legs in Luzon, Visayas, and Mindanao for advanced riders. To register you can just log on www.yamahaclub.com.ph to have the opportunity to join the tour. It is sponsored by Petron Corporation, Customer Care Products Inc., Racing Boy, Motoworld, and Universal Rubina Corporation.

The 2018 Yamaha Motor Sow Gets Taken Over by the Miollennials

DAY 3 – Yamaha Motor Philippines left their mark once again in the final day of the bike fest. After 3 massive days of motorcycle mania the brand proved that they are truly unstoppable.

Pound for Pound host Rico Robles, revved the crowd with his incomparable energy for the Millenial Rev. The Yamaha Exhibit boot was a masterful showcase of advanced design and quality. Once entered, each person was pushed forward into the future through innovative machines. The Max series was a display of sophistication and performance. The Yamaha big bikes displayed the power of emotion. The MOTOROiD caused quite the buzz with its futuristic design. The Yamaha concept motorcycle had the ability to be turned on, turned off, move forward and backwards, turn left and right, all with the hand gesture of its rider.

Then, the much-awaited highlight of the day was the “We Are Mio” featuring the number automatic motorcycle. The arrival of Miollennials Nadine Lustre and BoybandPH caused a spectacle that you wouldn’t have wanted to miss. The entire exhibit was surrounded by all forms of supporters. First to arrive was BoybandPH. Tristan, Ford, Niel, Russell and Joao delighted the crowd with an spectacular performance. The dazzling Nadine Lustre rode her Mio i 125 all the way to the booth that amazed and inspired everyone in attendance. 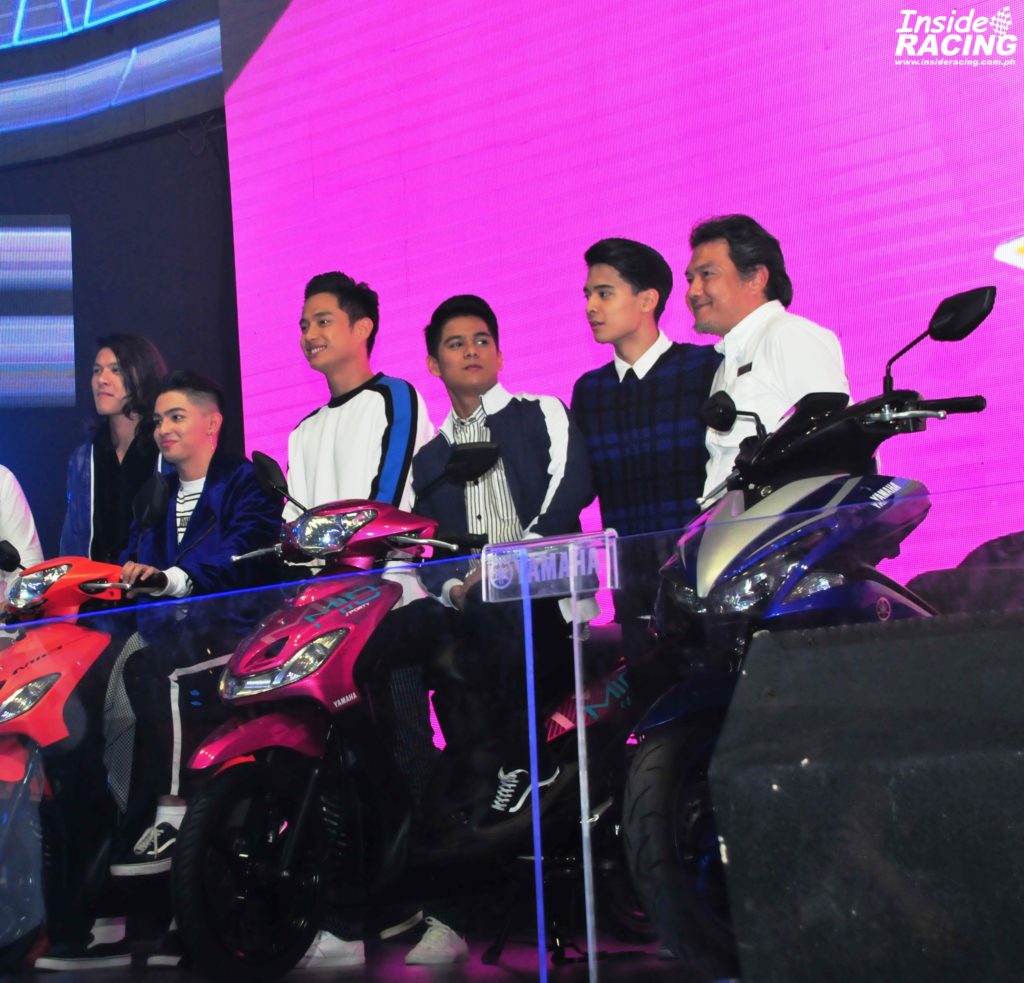 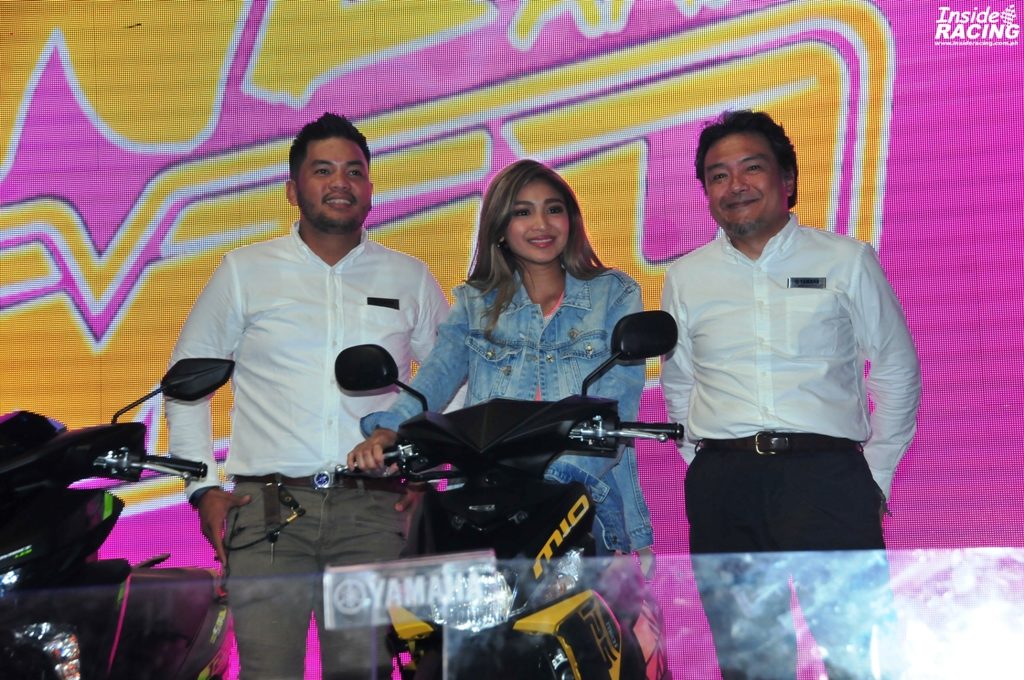 On stage they were joined by YMPH President Mr. Toru Osugi, Sales and Marketing Division Head Mr. Akihiro Maruo, and Marketing Section Senior Manager Mr. Jude Camus. The message of the Miollennials was to continue to be passionate, be fearless, and be unstoppable. 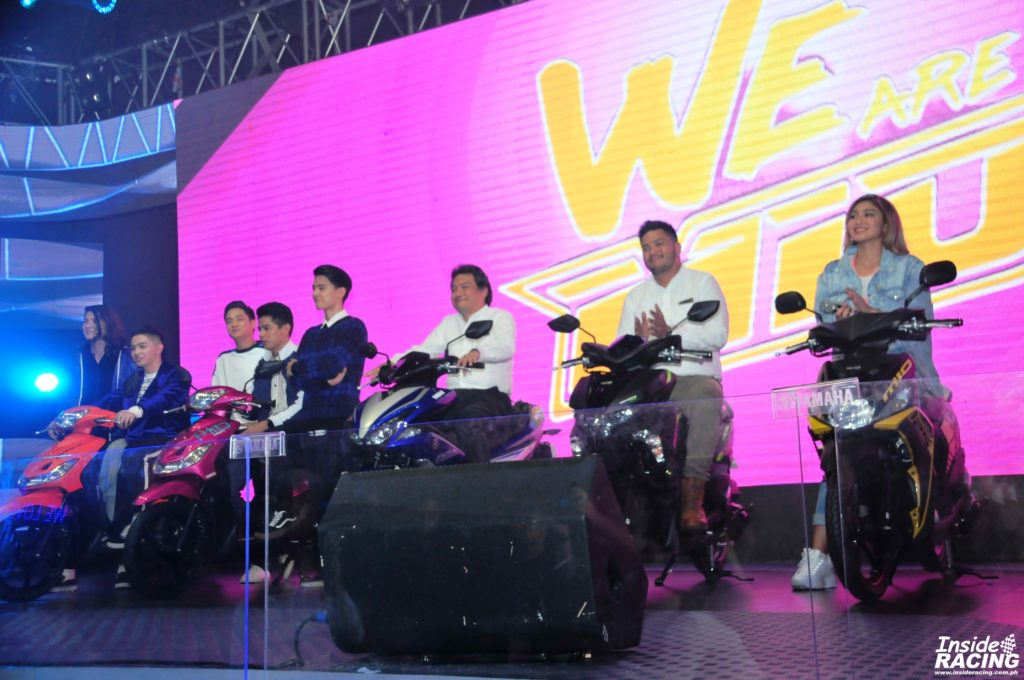 After 3 days of redefining the world of motorcycles last March 23-25 at the 12th IR Bike Fest, there’s no more question. Yamaha owns the future. 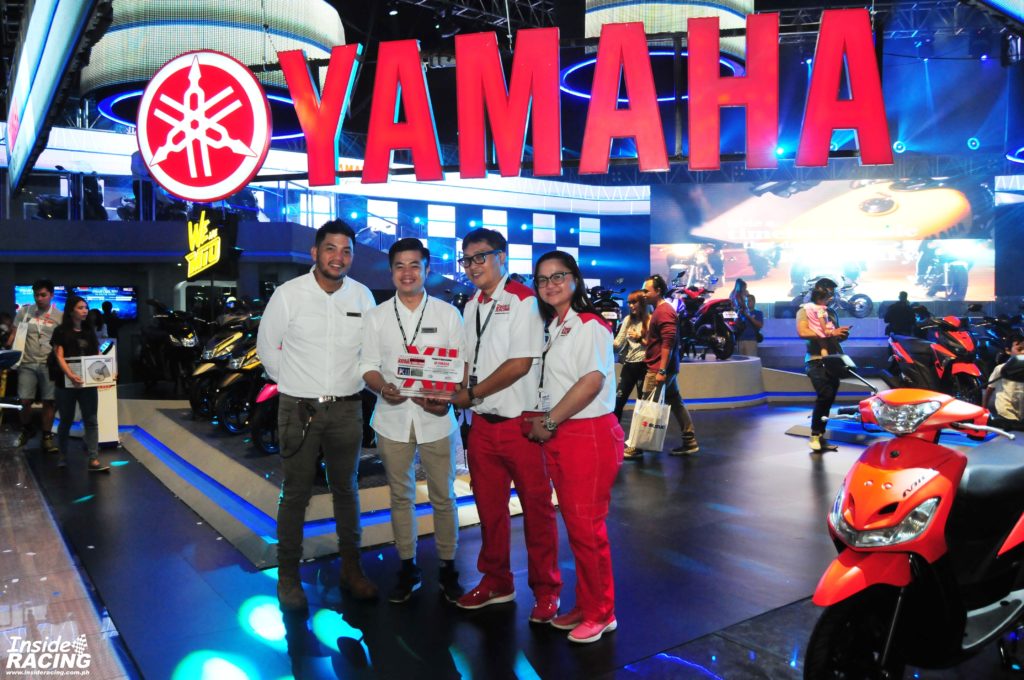